The legendary game designer at Double Fine Tim Schafer recently described the development of the critically acclaimed Psychonauts 2, explaining how the game “really didn’t feel like it would be good.” Schafer went on to call the entire process a “roller coaster,” noting how the studio could “crash and burn” at just about any moment.

The news comes from an interview by NME. Schafer is known for cult classics including The Secret of Monkey Island, Full Throttle, Grim Fandango, Broken Age, Massive Chalice, and of course Psychonauts 2, released back in August, 2021.

“Psychonauts 2 was such a long haul,” Schafer pointed out. “So many things went wrong, just like the first game. We lost our publisher at one point. It was such a roller coaster and at certain points, it really didn’t feel like it was going to be good.” The designer went on to describe how the basic premise of the game “took a while” to sink in for everyone at the studio, but noted that once people were on board with the project, actually shipping the product was mostly just a matter of buckling down.

The deal between Microsoft and Activision Blizzard appears to have brought a certain amount of stability to the studio, Schafer having been concerned that Double Fine might “crash and burn,” particularly during the development of Psychonauts 2. “If we went out of business, the whole four years of working on Psychonauts 2 would have been for nothing. That version of Psychonauts 2 vanishing into the ether was really painful to think about,” Schafer said.

Schafer also described his approach to game design, explaining that he avoids a “grab bag of stereotypes" in order to keep from "hurting people.” The designer noted how Double Fine would test a game, recalling that “people pointed out a word and asked if we knew what this word means to certain people.” Schafter added that “I had no idea and people would criticize that and say 'woke culture, PC police' and stuff, but for any art, I'm thinking about how my art will be interpreted by the viewer.” 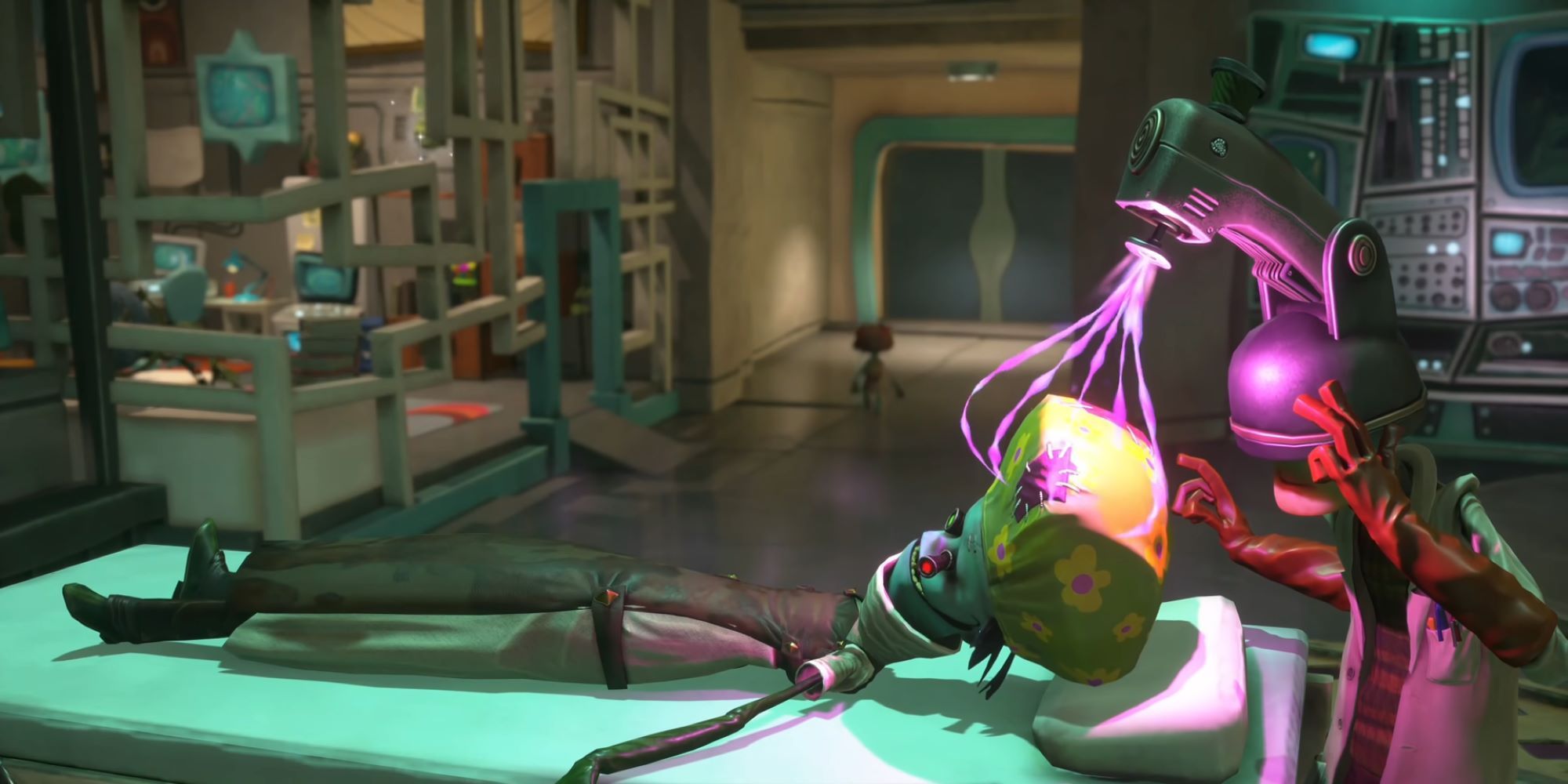 "Some things we did in the first game, we didn't do in the second game on purpose, but we're just older and had more sensitivity to a lot of issues that naturally express themselves in the game," Schafer explained about Psychonauts 2. “It was really important, because it's a comedy, that people knew we weren't making fun of people, but were looking humorously and lovingly at the human psyche.” The designer went on to say that "you naturally want to think about how your words affect people and make sure that the artistic intent is successful. Are you using shaming words? Alienating depictions of people?”