Continuing our tradition of covering absolute bargains on the Indie Spotlight, this week’s feature is all about Tiny Rogues. It’s less than a fiver and if you love games like Binding Of Isaac or Enter The Gungeon, you’re going to love Tiny Rogues. It takes inspiration from Hades, will keep you happy if you’ve already played Vampire Survivors to absolute death, and has an interchangeable class system that will remind you of Dark Souls. That’s a lot of comparisons, but they all fit pretty neatly.

Vampire Survivors took the indie space by storm earlier this year, and it’s now developed into an incredibly complex game that more than justifies its tiny price tag. Tiny Rogues is similar inasmuch it’s extremely cheap but packed with content, and there is more planned for the rest of its early access period. There are already multiple different class playstyles, boss fights, and a host of unique combat upgrades à la Hades.

This is a classic roguelite—clear rooms, dodge projectiles in bullet hell mayhem, defeat bosses, and collect loot. On one run, I took the bow and got a magical enchantment, so I pivoted my build into magic and ranged damage. On another run, I went for a simple sword and infused it permanently with a potion. On both runs, the freedom I had to experiment with my build as I played was emphasised by this very well-thought-out system, and is something you don’t necessarily expect from a game as cheap as Tiny Rogues.

Likewise, the boss fights are unique and get progressively more difficult the further you get through the run. You could encounter an angry octopus and two miserable gargoyle siblings that want to squish you into dust, or a moaning Banshee, or a raging Minotaur. In terms of actual combat mechanics, Tiny Rogues does a great job of balancing that early game satisfaction of overcoming the first boss fight with the absolute chaos of a late-game run-in with a monster of a boss that will send you back to the lobby. 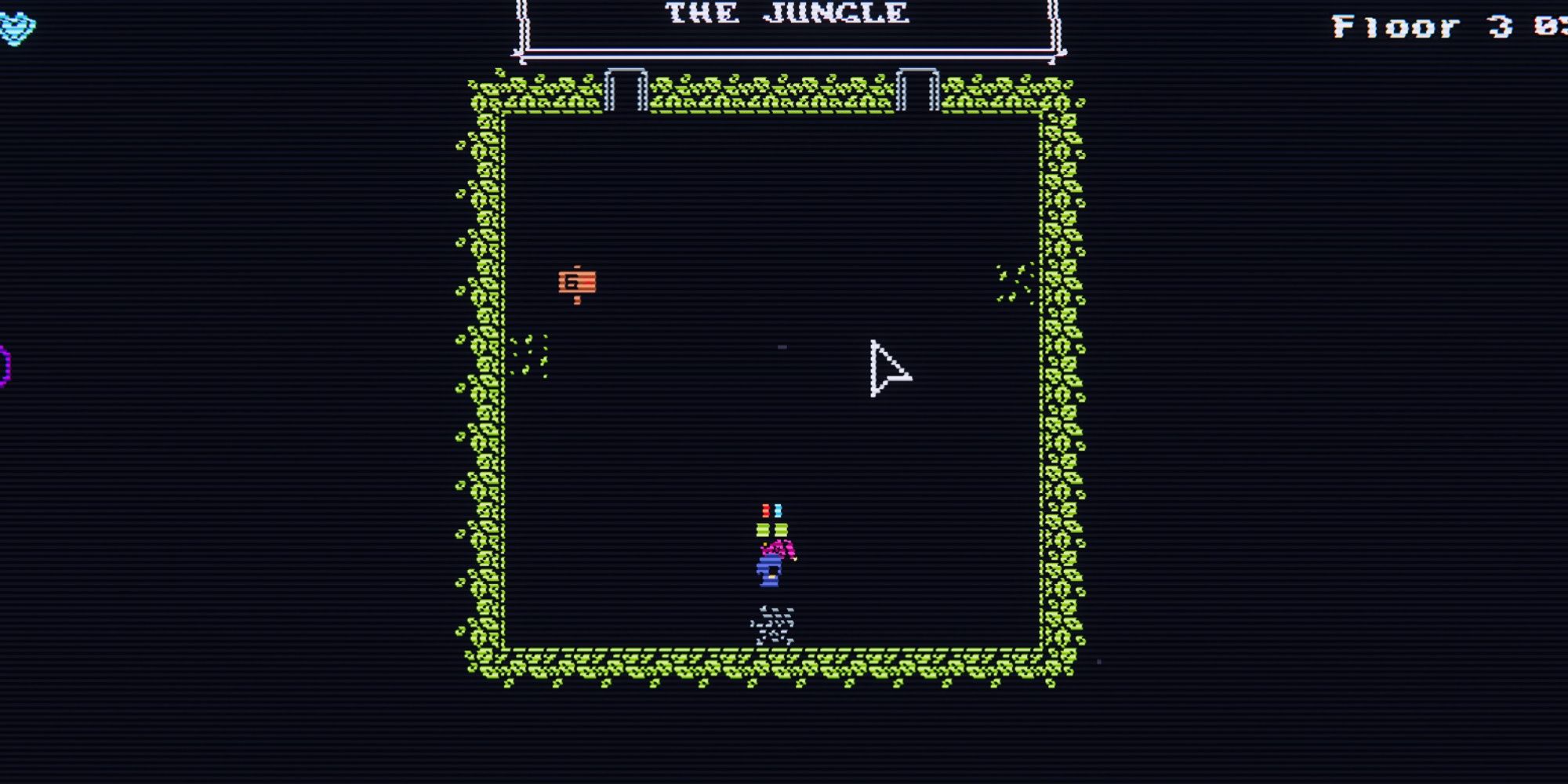 Have no fear, because the game has meta-progression. That means every time you die you still get a chance to upgrade your characters and gear, of which there is a wide variety. Defeating bosses earns you Souls which can be used to get a new class (like a Sorcerer or Cleric) or unlock various Blessings, which are consistent upgrades for your character. This sort of mechanic has been very popular in almost all the roguelites we’ve seen in the last couple of years, from Loop Hero to Vampire Survivors. It gives the games a bit more longevity for those who like to grind their power level—I’m not really one of them, but it’s there if you want to play for thirty or forty hours.

Each class has unique attributes, weapons, and playstyles which will reflect on how you progress through each room. It’s nothing revolutionary, lots of roguelites have done this sort of thing in the past, but it’s pulled off brilliantly and allows for a lot of variance in your runs. I’ve played for around five hours now and most of the runs have felt vastly different from each other. The classes are not very expensive to unlock, which means you can enjoy the different playstyles right after your first run, whereas the Blessings are what will really eat up your Souls. 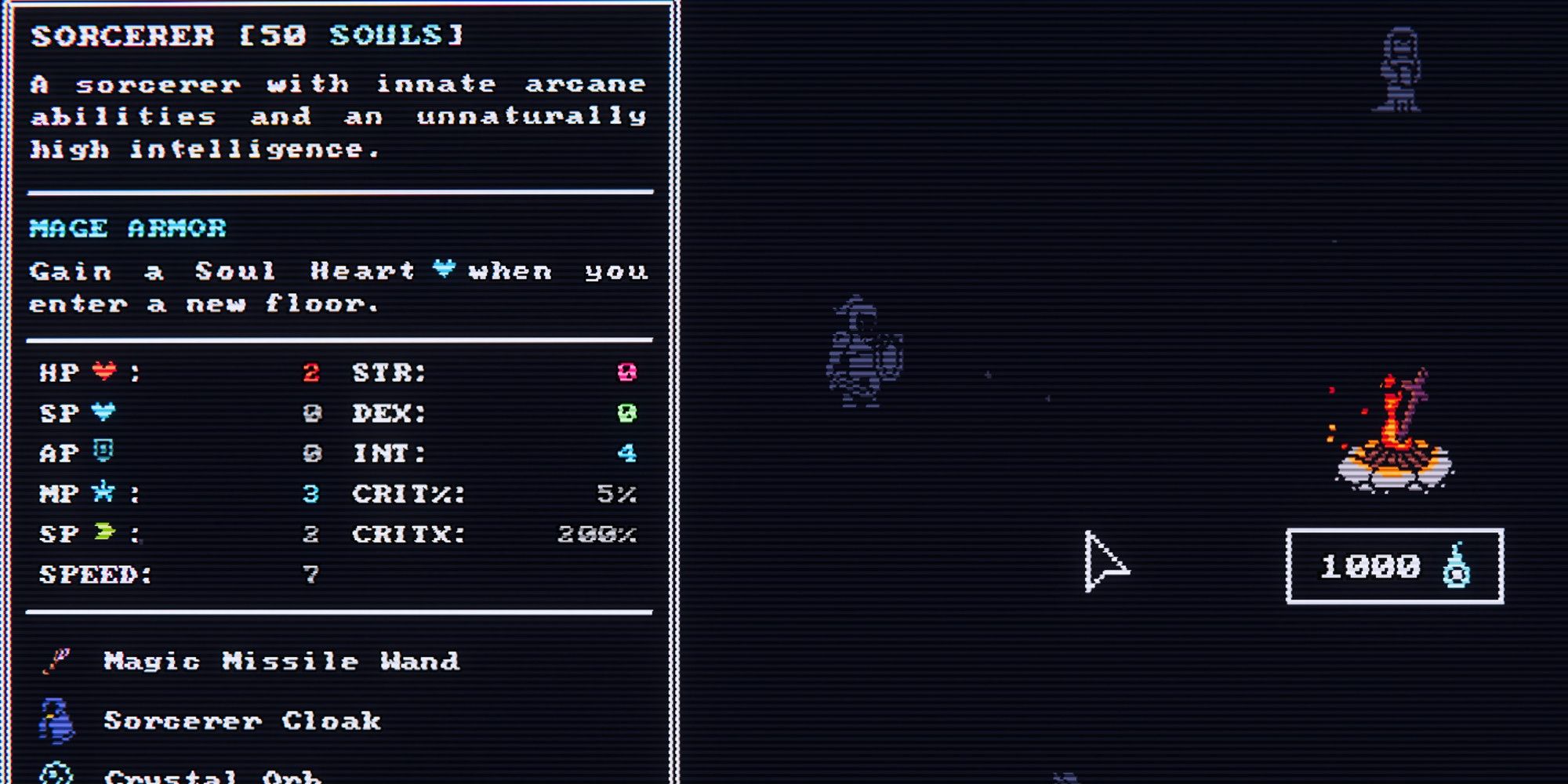 On top of all the intricacies in the actual gameplay, the overall art direction is charming and efficient. The music is going to be pretty common across my GOTY list (pixel beats, something like that.) The graphics are exactly what they need to be, and the UI is clever, showing you essential information above your character's head (stamina, health, etc) without making you cast your eyes to another part of the screen.

Tiny Rogues is a bite size indie game that’s less than a fiver. You get what you pay for and then a lot, lot more. We could easily see this as the sort of endless game that you play for 20 or 30 hours and then wait for future updates. If you’ve spent any time with Vampire Survivors, Tiny Folk, or one of the other cheap indie hits of the year, you’ve got to check out Tiny Rogues.