This week’s indie spotlight is trained on the solo project Tinyfolks. It’s essentially Darkest Dungeon for less than a fiver. Short and sweet, it’s another of 2022’s great-value indie games, much like the popular Vampire Survivors or its partner in bullethell, 20 Minutes Till Dawn. Tinyfolks has a fantastic soundtrack, surprisingly in-depth mechanics based on the rock-paper-scissors of Darkest Dungeon, and is, in theory, the perfect platform for further content expansions.

Before I start going on about the ‘gameplay loop’ and other seriously-compelling-criticism, I’ve gotta start with the soundtrack. It’s just full of bangers. Big Loop Hero vibes (which, other than The Artful Escape, had the best soundtrack of 2021) with 8-bit heavy beats and aptly spooky tunes to match the depraved places you and your band of recruits have to wander into. The soundtrack is all made by the developer, Pierre Vandermaesen, and perfectly suits the aesthetic of the game. Some people can just do it all. You can check out the full OST below.

The art style is classic ‘£3 Indie’, which isn’t a bad thing. It’s stylized enough that you can look past the sheer lack of pixels on your screen. Tinyfolks has this lovely muted colour scheme that makes you feel like you’re reading the game in the back of a dusty book. Everything that you need to understand is very clear – weapons, artifacts, enemies, status effects, etc. Your various characters, of which there are multiple types, are all immediately identifiable. Top marks all around for visual design.

Alright, that’s enough about aesthetics. Tinyfolks is a short game—it took me 1.9 hours to beat my first run, according to Steam. You start out with a basic village with an inn where you hustle wandering farmers to become your trained warriors. Then you build a Barracks, a Temple, a campfire for hunters, and other buildings. Each of these allows you to branch out into new characters with different skillsets.

Discovering new combinations of classes, like turning a Wizard into a Battle Mage, is very satisfying. There are over 20 different classes to discover and each one has its own set of unique abilities. The game isn’t difficult during your first run, but it makes up for this seeming lack of content with various other challenge modes and achievement hunting. If this is all sounding a bit familiar, it’s because it is. Darkest Dungeon nailed this formula back in 2016. Tinyfolks is just a little burst of something new to fill the quiet hours in between games. Nothing more, nothing less. 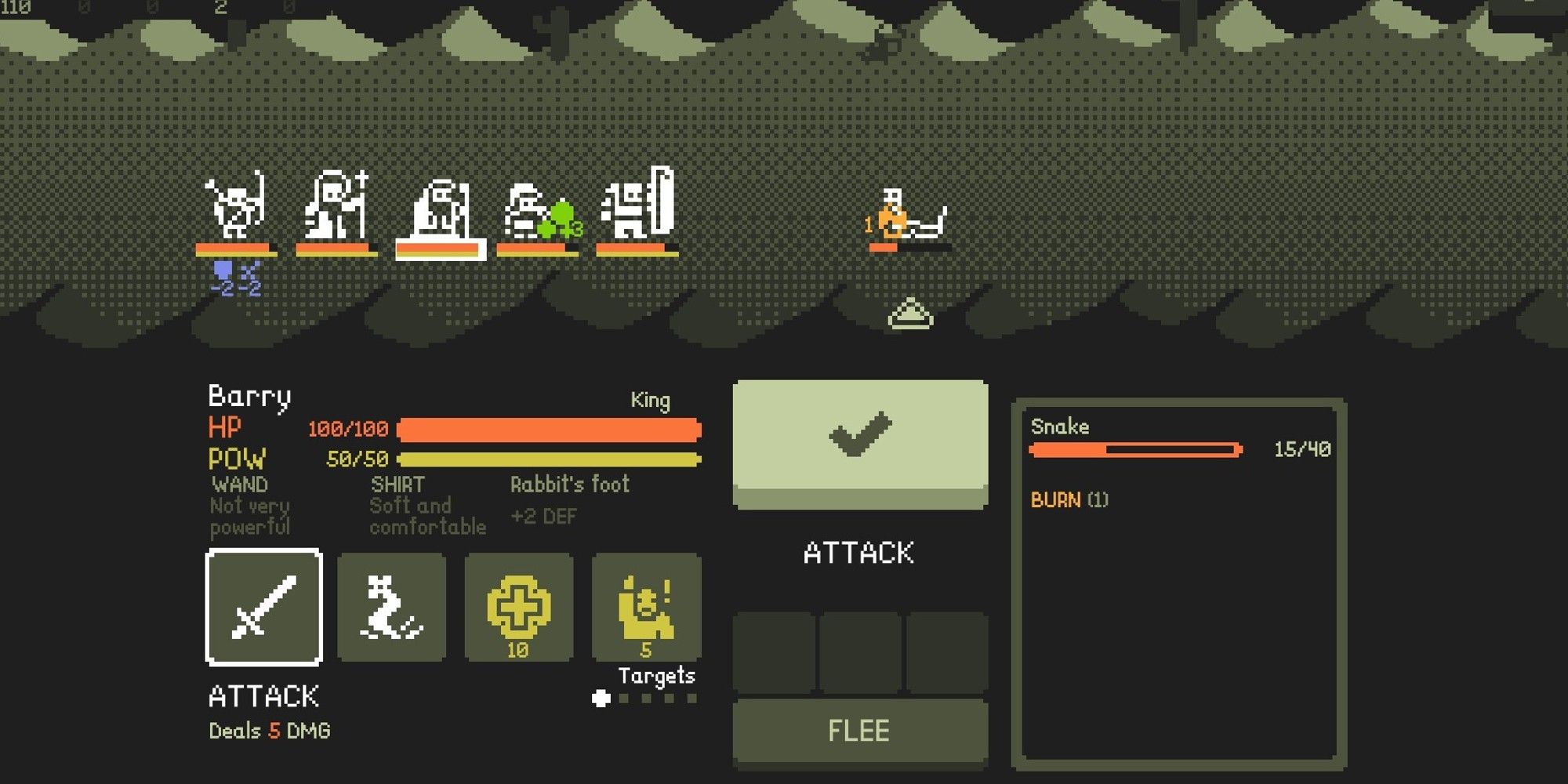 In a year with some absolute mammoth titles, it’s these small, curated experiences that I’m having the most fun with. I’ve spent a lot of time staring at my Steam library with no clue what to play, and the next few games on the horizon aren’t giving me much hope. Lost Ark was a staple for a couple of months, but the scope of the ongoing grind basically turned me into dust. Neon White might keep me going with some speed-running fantasies, but I just know I’m gonna get drawn back to games like Tinyfolks.

Vampire Survivors is probably my GOTY so far, for example. That’s a game you can play in 30-minute bursts and jump in and out with ease, but if you want to sit there for 36 hours straight, you can. Tinyfolks is a very short game and I want more like it. Little bitesize experiences. We recently wrote about how games can sometimes feel creatively bankrupt—but Tinyfolks is a reminder of how indies can capture a player and hold them for a couple of precious hours.

Steam Next Fest is ongoing at the moment and it’s full of some fantastic-looking upcoming indies. Developers, if you’re listening, please don’t get distracted by the allure of Starfield’s promised 1,000 planets. Some people just want to jump in and out and see it all in the time it takes to watch a game showcase with 15 space games in it.