Between their synergies with the graveyard and others within their ranks, it’s not hard to see why Zombies are one of the most popular tribes in Magic: The Gathering. Rife with unparalleled reanimation capabilities, zombies have long been a staple of the game, functioning as black’s primary tribe, resulting in their status as one of the most prominent tribes in Commander.

Though there are numerous zombie tribal commanders who each excel in different areas, there are certain cards that a Zombie Commander deck wouldn’t want to miss out on.  So without further ado, we’re going to count down the best that Zombies have to offer in Commander with our top ten strongest cards for a Zombie Tribal Commander deck! 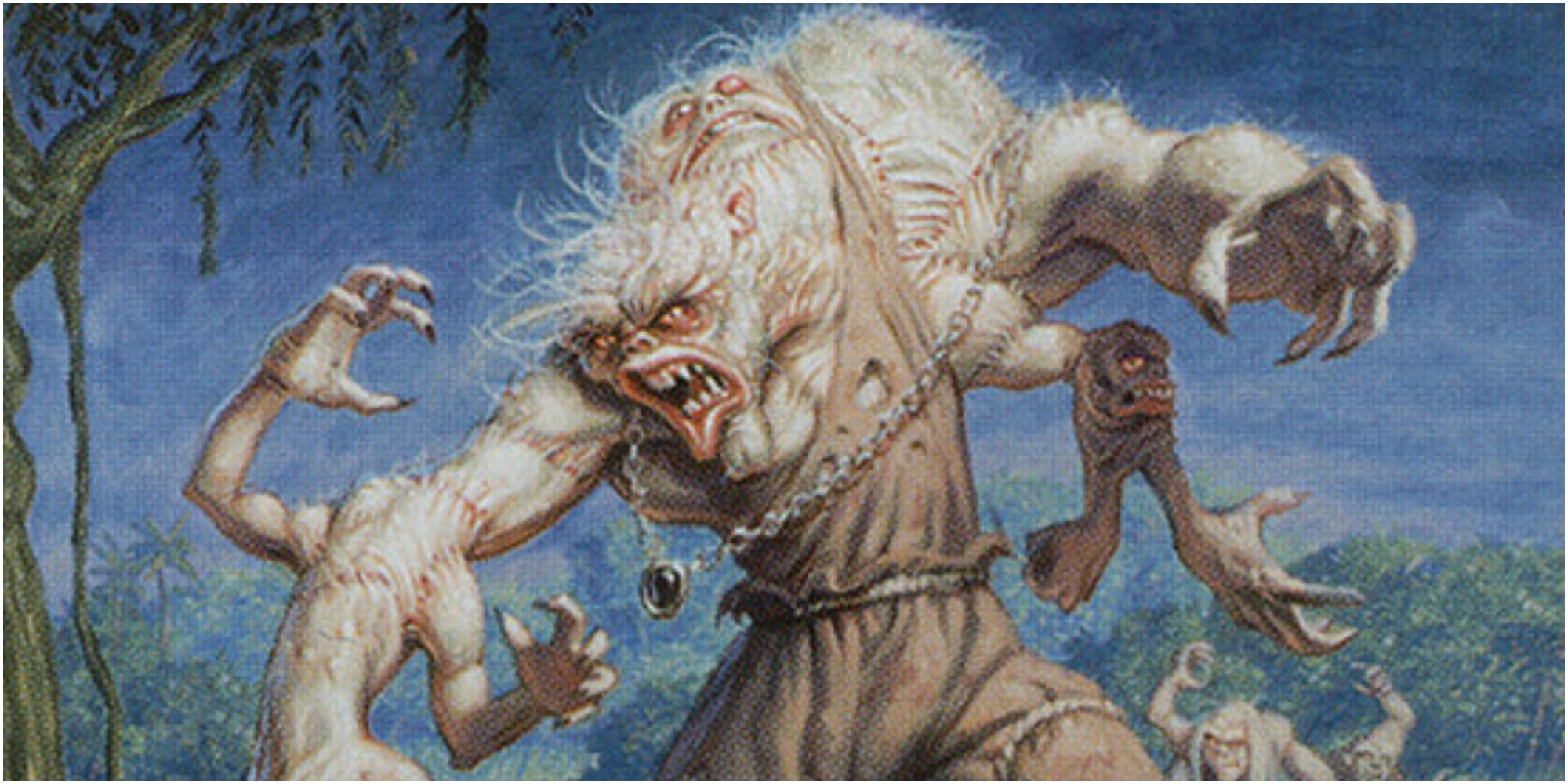 The utilization of “lords,” creatures that provide a universal benefit to all creatures of a specific tribe, is a staple of nearly any tribal strategy. Luckily for zombie players, not only does zombie-tribal possess numerous “lords,” they have access to Undead Warchief, one of the best lords that Commander has to offer.

The two things that many tribal players want to do the most is buff up their creatures and reduce their costs, and Undead Warchief covers both of these bases. Reducing the cost of each zombie you cast by one mana as well as providing each zombie you control with +2/+1 rather than the usual +1/+1 that most “lords” tend to provide, you’d be hard pressed to find a zombie tribal Commander deck that doesn’t want an Undead Warchief in its ranks. 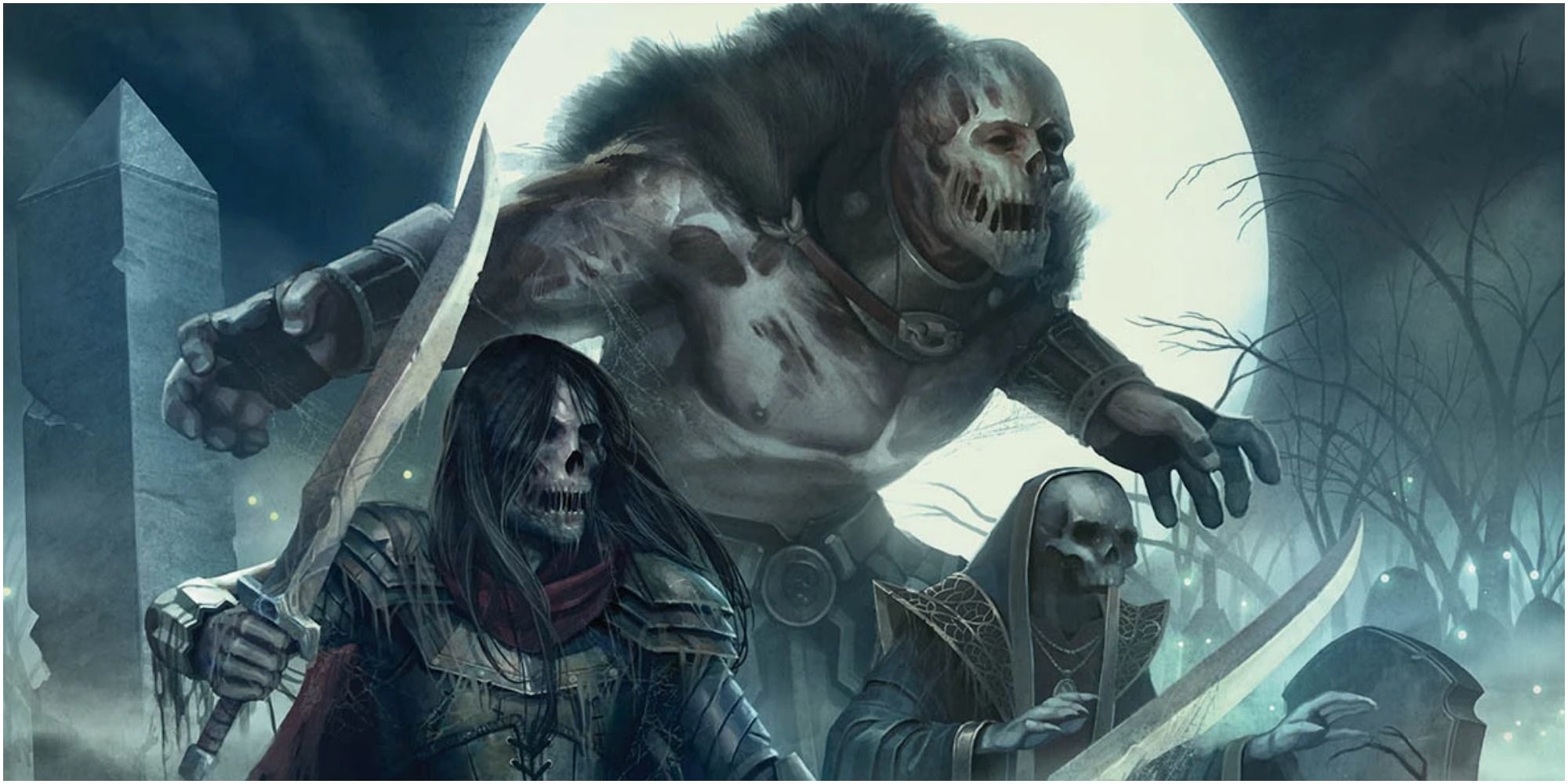 While this is a universal effect, as a zombie player, most players will be hindered by the effect, while you benefit greatly, as zombie decks are often equipped with cards that fill your graveyard full of creatures. 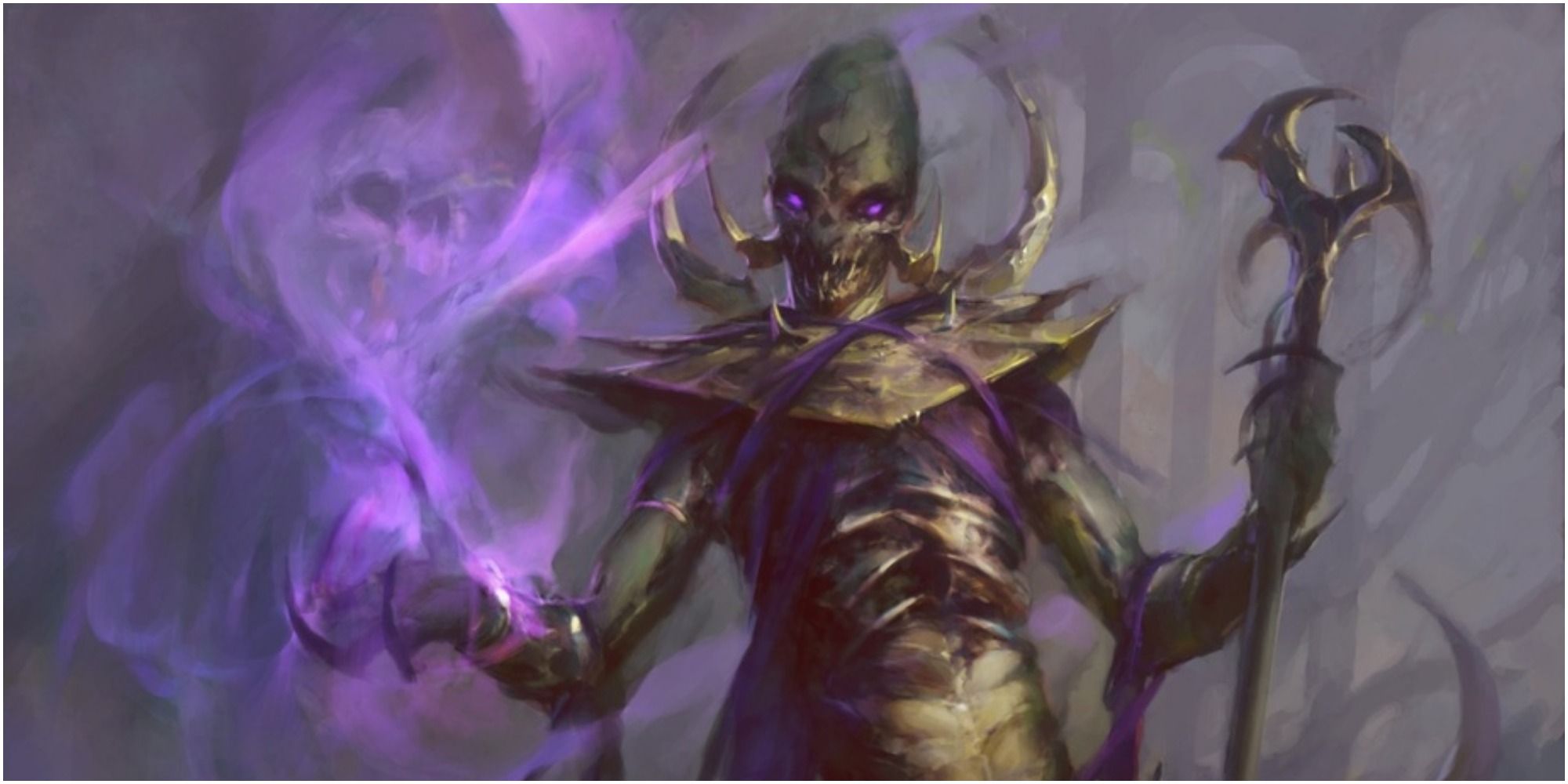 Sidisi, Undead Visier is a tutor that comes in the form of a zombie. This means that like many of your other zombies, she can be sacrificed and reanimated, allowing your to reap repeated benefits from her tutoring ability.

7 Army of the Damned 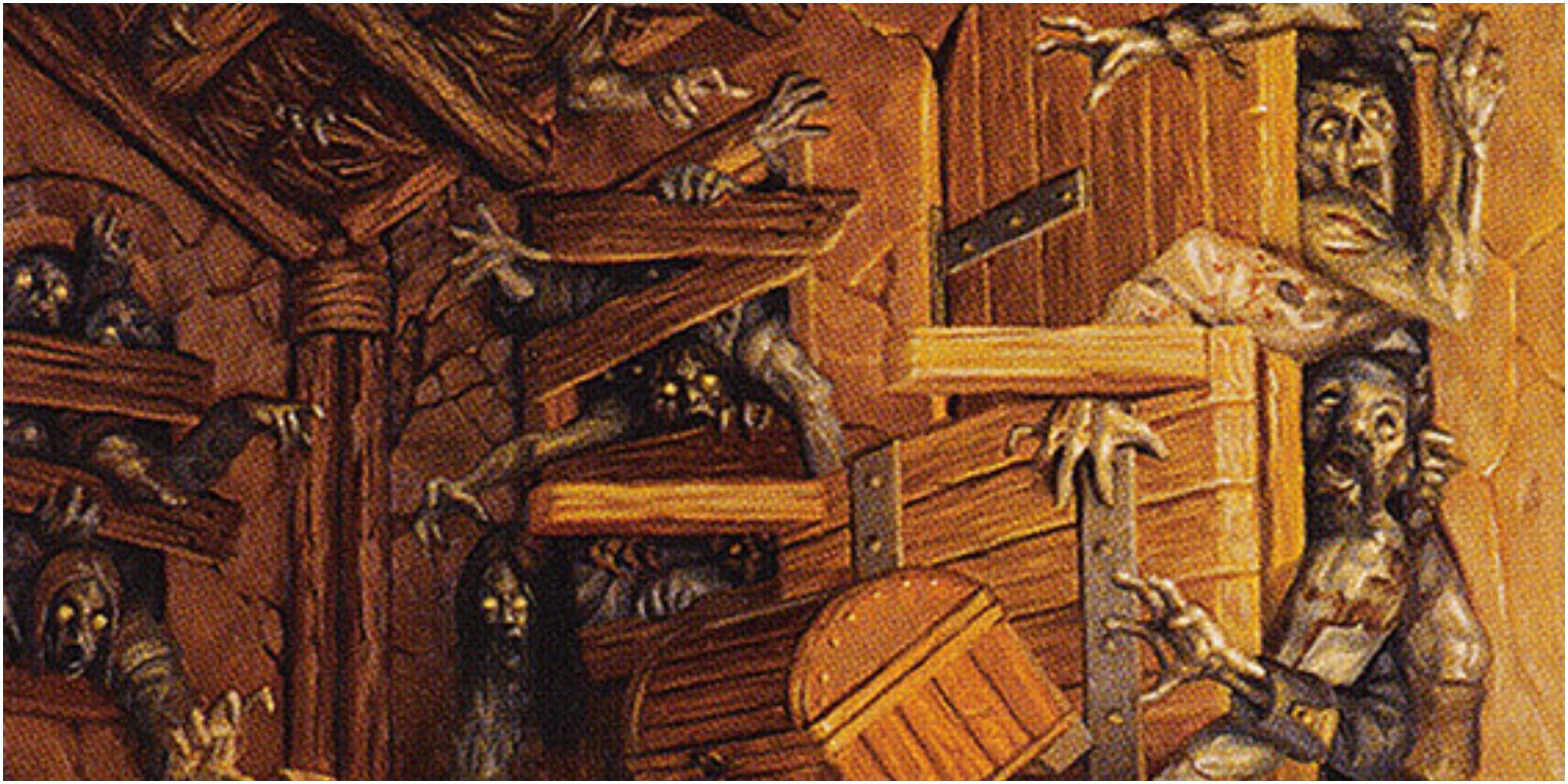 As if that wasn’t enough, Army of the damned possesses flashback, meaning it can be cast again from your graveyard, creating yet another thirteen zombie tokens. This means that with one single card, your are capable of creating twenty six zombie tokens. Must we say more? 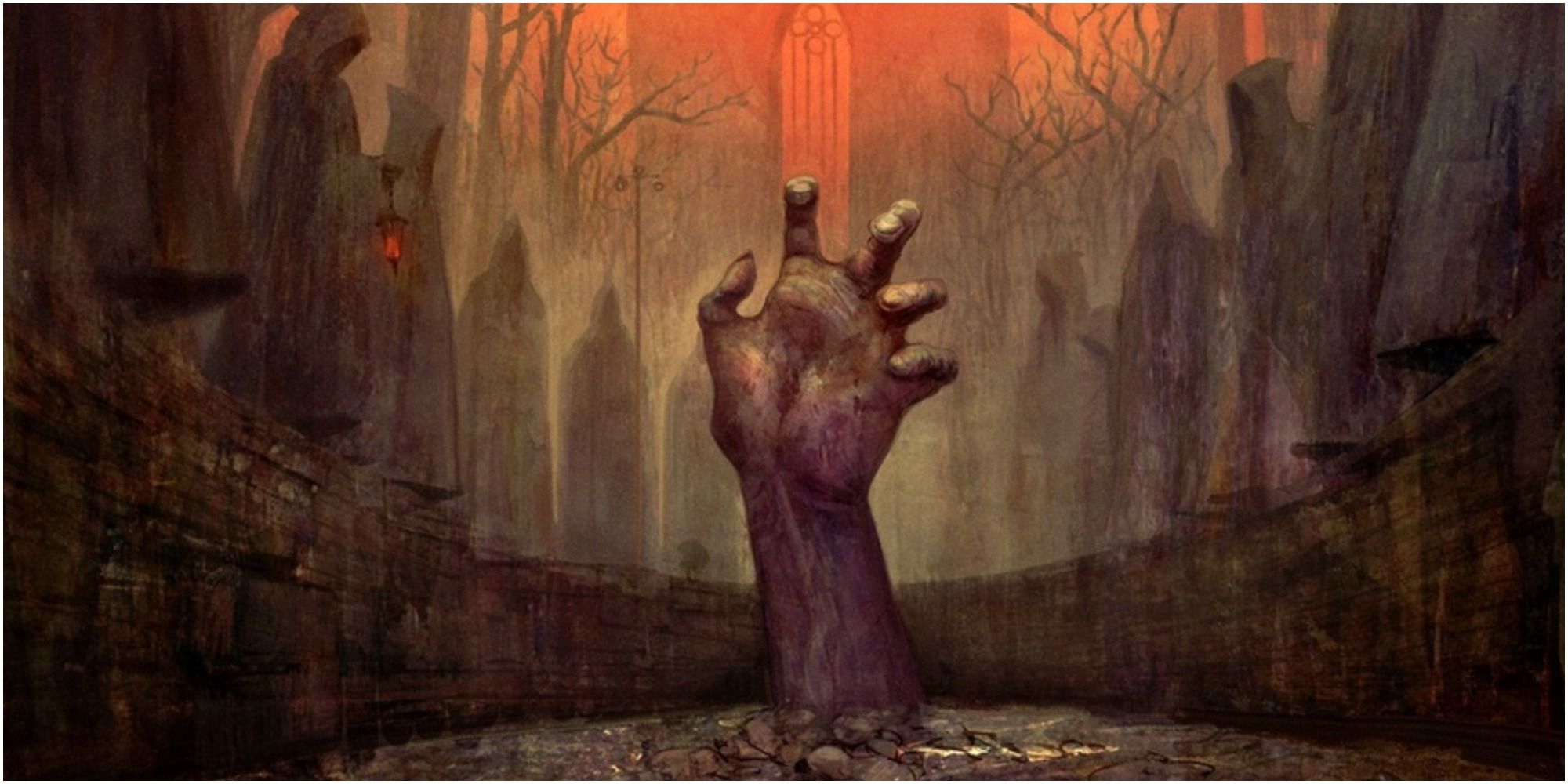 Entomb and Buried Alive are two cards with similar abilities that a zombie deck would not want to be without. Tutors like the previously mentioned Sidisi, Undead Visier, Entomb and Buried Alive cheaply tutor for creature cards, but rather than putting them in your hand, place the tutored cards into your graveyard.

Luckily, zombie decks have a reputation for graveyard abilities, meaning that these tutored cards often might as well be in your hand. 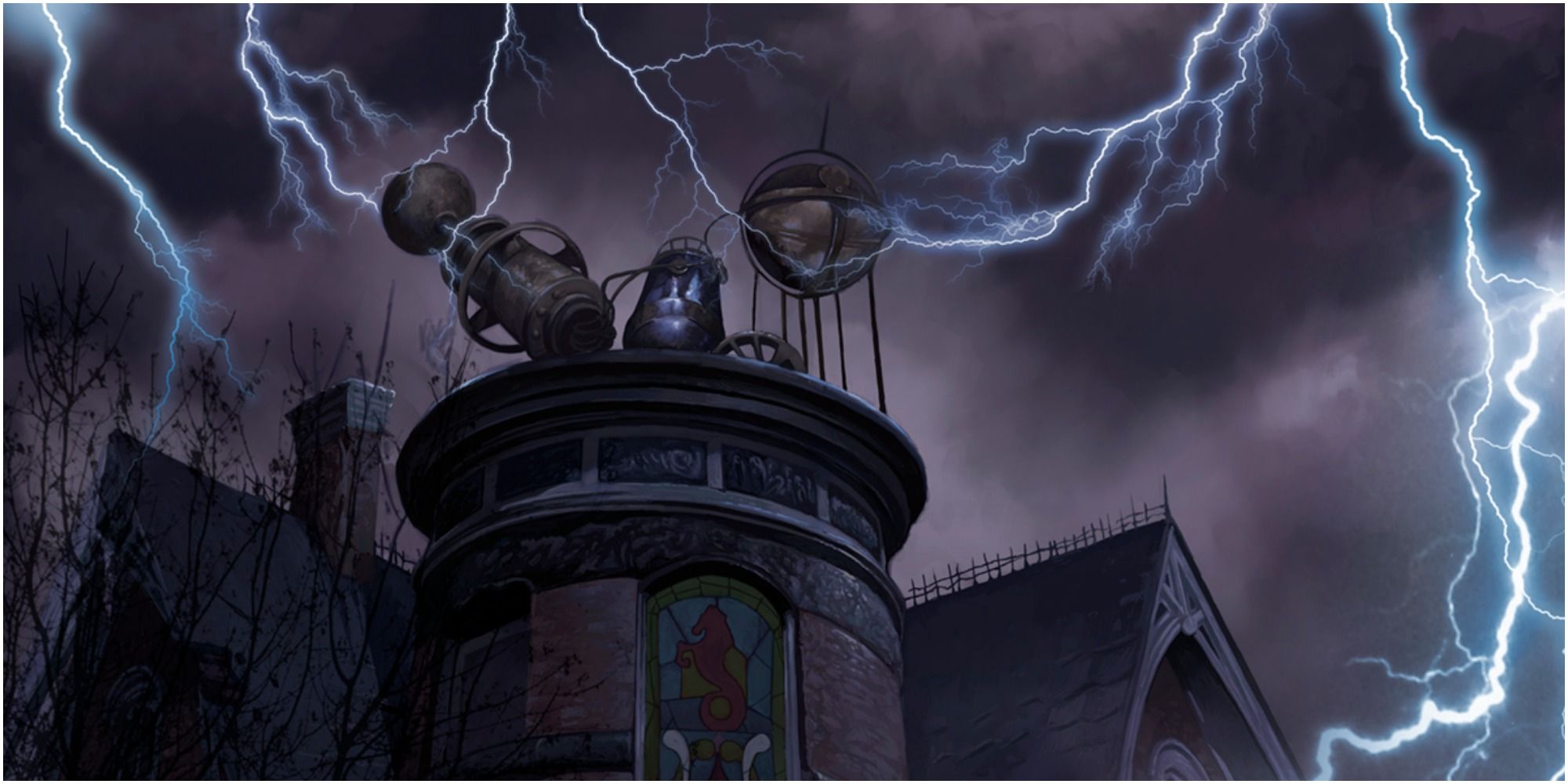 While not all zombie decks possess blue, those that do have the benefit of being able to include the enchantment Rooftop Storm. Perhaps one of the strongest enchantments that can be run in a zombie-tribal Commander deck, Rooftop Storm allows its controller to pay zero mana rather than the cost of zombie spells they cast.

Yes, you read that right. Zero. Upon playing a Rooftop Storm, every zombie that you cast is effectively free, letting you dump out any and all zombies from your hand directly onto the battlefield. It is not uncommon for a zombie-tribal player to win a given game within a turn or two of playing a Rooftop Storm, so be prepared to have a target painted on your back as soon as you cast it, as the other players will likely band together to try to stop your ensuing zombie onslaught. 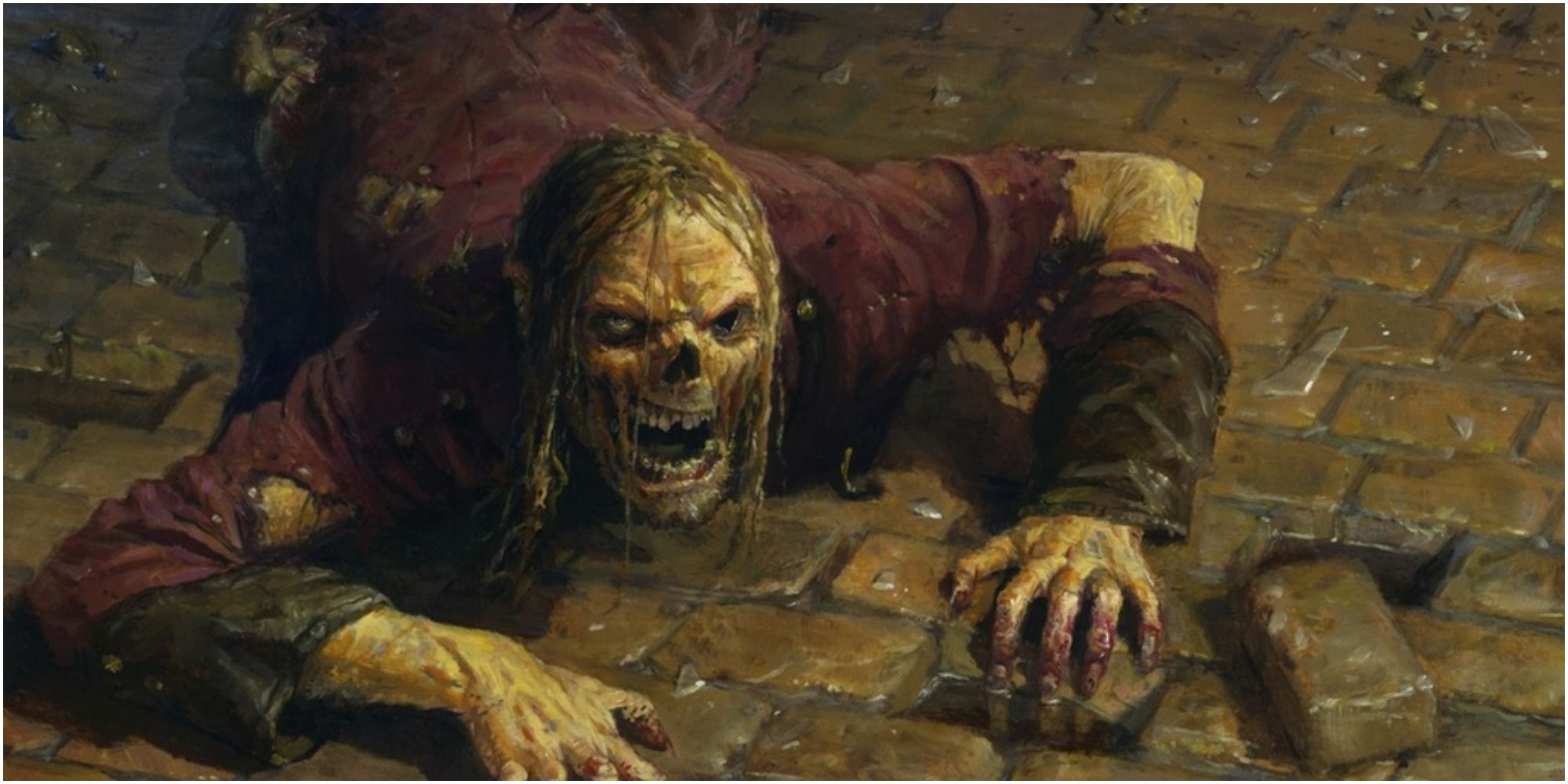 While Gravecrawler may seem inconsequential and harmless at first glance, few zombies can match its reliability. A 2/1 for only one black mana, Gravecrawler’s inability to block simply means that it will be getting used primarily for attacking and fueling sacrifice based abilities.

When using Gravecrawler, one can be as reckless as they please, even letting it die repeatedly, as Gravecrawler’s strength comes in the form of its second ability which allows you to cast it from your graveyard as long as you control another zombie. This means that no matter the circumstance of death, Gravecrawler can be repeatedly cast, allowing for extremely strong synergies with cards like Grimgrin, Corpse-Born 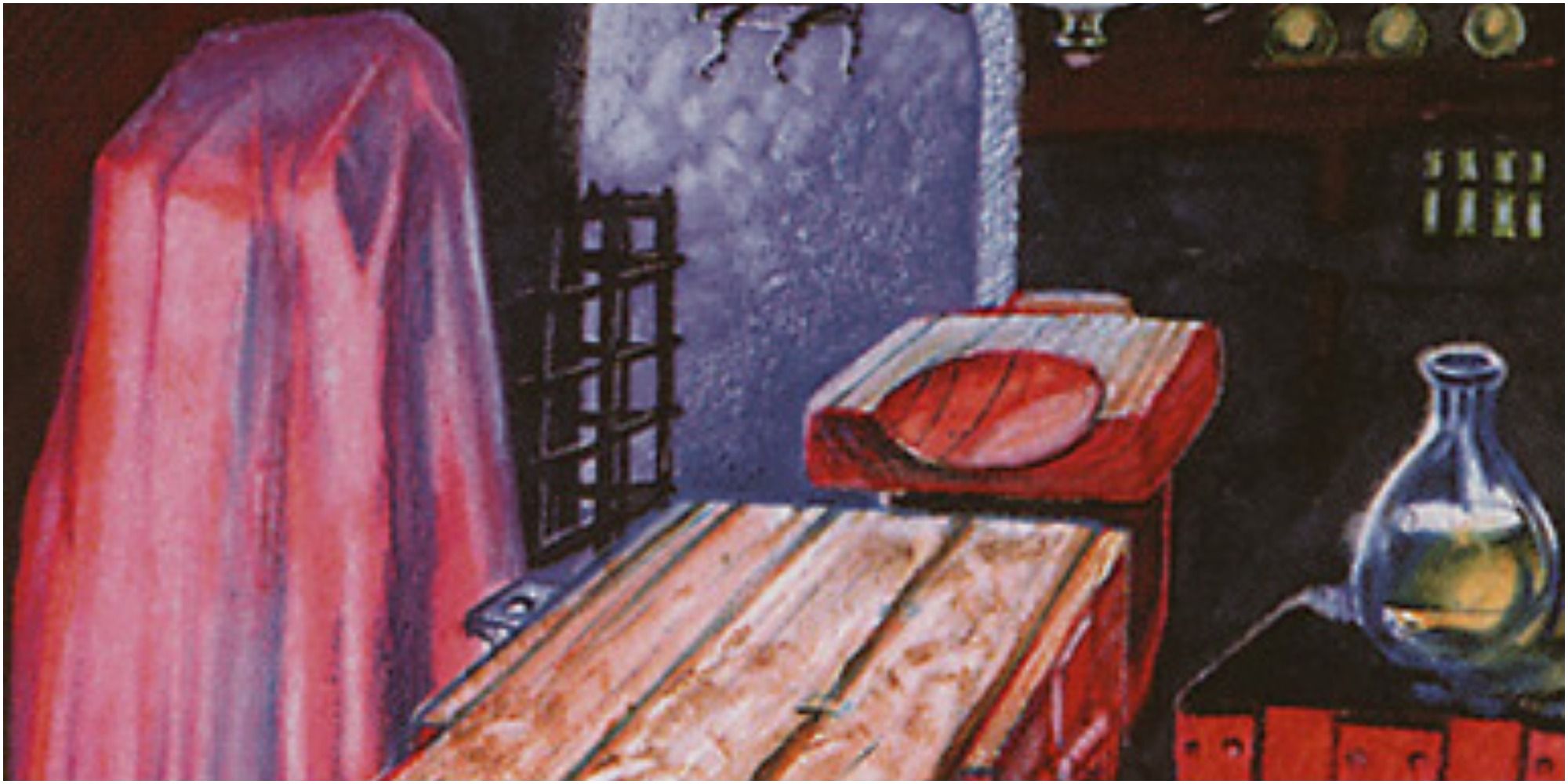 Though not a zombie-related card itself, few cards can make as much impact on a zombie deck as Ashnod’s Altar. With the ability to sacrifice creatures at any time to create two colorless mana, you’d be hard pressed to find a more efficient way of generating massive amounts of  value in a zombie tribal deck.

As numerous zombies have abilities that trigger upon their death, Ashnod’s Altar is an easy way to activate those abilities whenever you see fit, all while netting two mana for each creature you sacrifice. Seeing how Zombies are the tribe that benefits the most from having its creatures in the graveyard, Ashnod’s Altar is a must have for any zombie commander player. 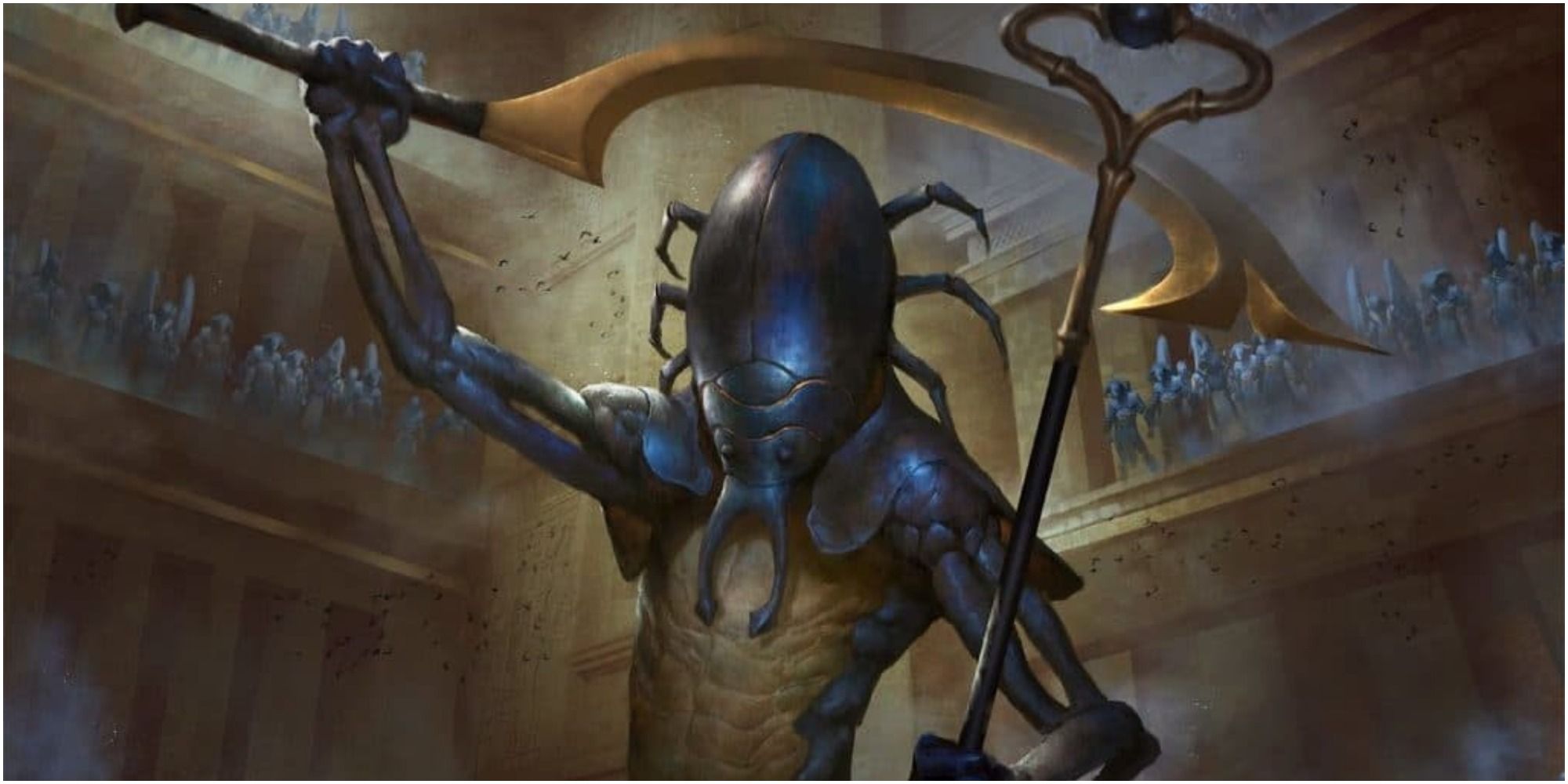 Unless your zombie tribal commander deck doesn’t possess black and blue in its color identity, there’s no excuse to not want a copy of The Scarab God in your deck. Packed with three potent abilities, The Scarab God does everything that you’d want in a zombie tribal deck.

For four mana, The Scarab God can exile a creature from any players graveyard, creating a token that is a copy of that card except its power and toughness are 4/4 and it’s a black zombie. This ability converts each players’ graveyard into your own personal playground, as you can steal all of the best creatures from both your own and your opponents graveyards.

More importantly however, The Scarab God possesses a devastating ability that causes you to scry X and for your opponents to lose X life at the beginning of each of your upkeeps where X is equal to the amount of zombies you control! By simply controlling zombies, The Scarab God whittles down your opponent’s life total while stacking your deck for the coming turns! 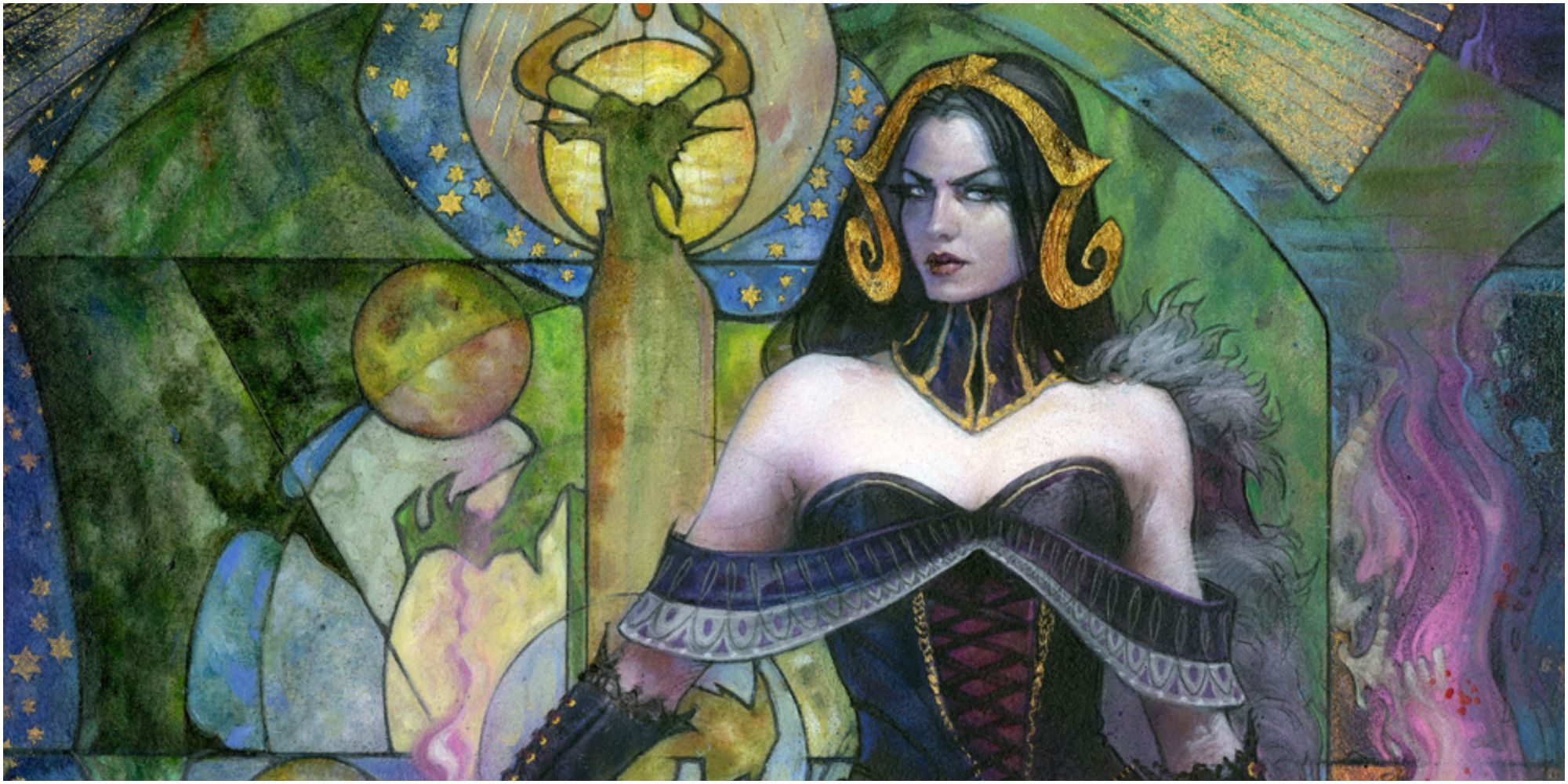 You may be asking yourself, “Liliana? That’s kind of vague. There are many Liliana’s within Magic: The Gathering.” Yes. Yes, there are. And the vast majority of Liliana’s synergize in fantastic fashion with zombie tribal decks.

At five mana, Liliana, Death’s Majesty can fill your graveyard, bolster your horde, reanimate zombies from your graveyard, and even destroy all non-zombie creatures! In similar synergistic fashion, Liliana, untouched by death allows for zombies to be cast from your graveyard, and Liliana, Dreadhoard General’s ability to draw you cards whenever creatures die pairs well with nearly any Zombie Strategy. While some Lilianas may not directly reference zombies, nearly any Liliana planeswalker would make an excellent addition to a zombie tribal deck.