If you like the idea of turning historical weapons into attractive men who travel through time to combat an evil organization of time-disrupters, you'll enjoy Touken Ranbu Warriors. It has all of that classic Musou action with some extra twists to tie in with the mobile game.

Between managing a Honmaru of 15 Touken Danshi and navigating battlefields of centuries past, you have a lot on your plate with Touken Ranbu Warriors. If you're just getting started, though, we have some great tips for getting used to the game's intricacies. 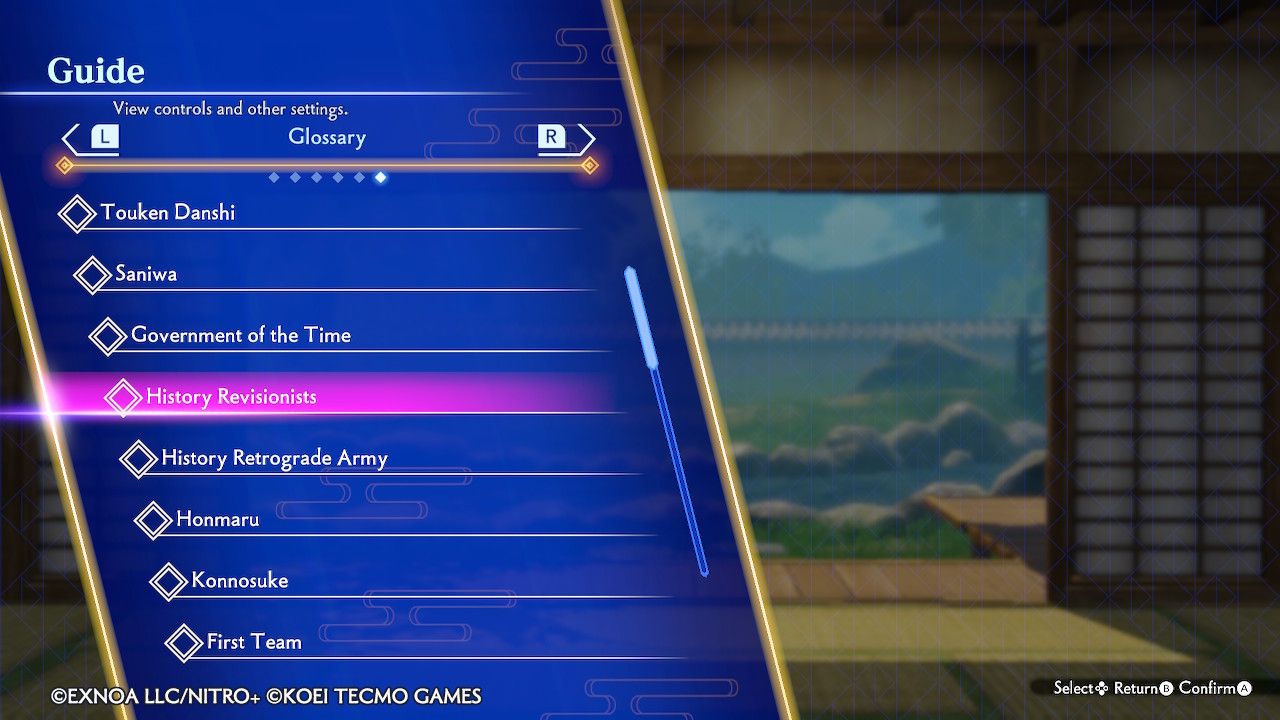 Touken Ranbu Warriors will throw a lot of complicated terminology at you, and this can be a bit overwhelming if you haven't got much experience or history with the series. Luckily, the game has a handy glossary menu that you can refer to.

You can access the Glossary from the Honmaru menu – this is the main menu with a list of options such as Honmaru, Sortie, and Replay.

Head to Settings, then click on Guide. The Glossary is the right-most tab, and it's here that you'll find explanations of terms such as Honmaru and Saniwa, as well as short biographies for the Touken Danshi featured in the game. 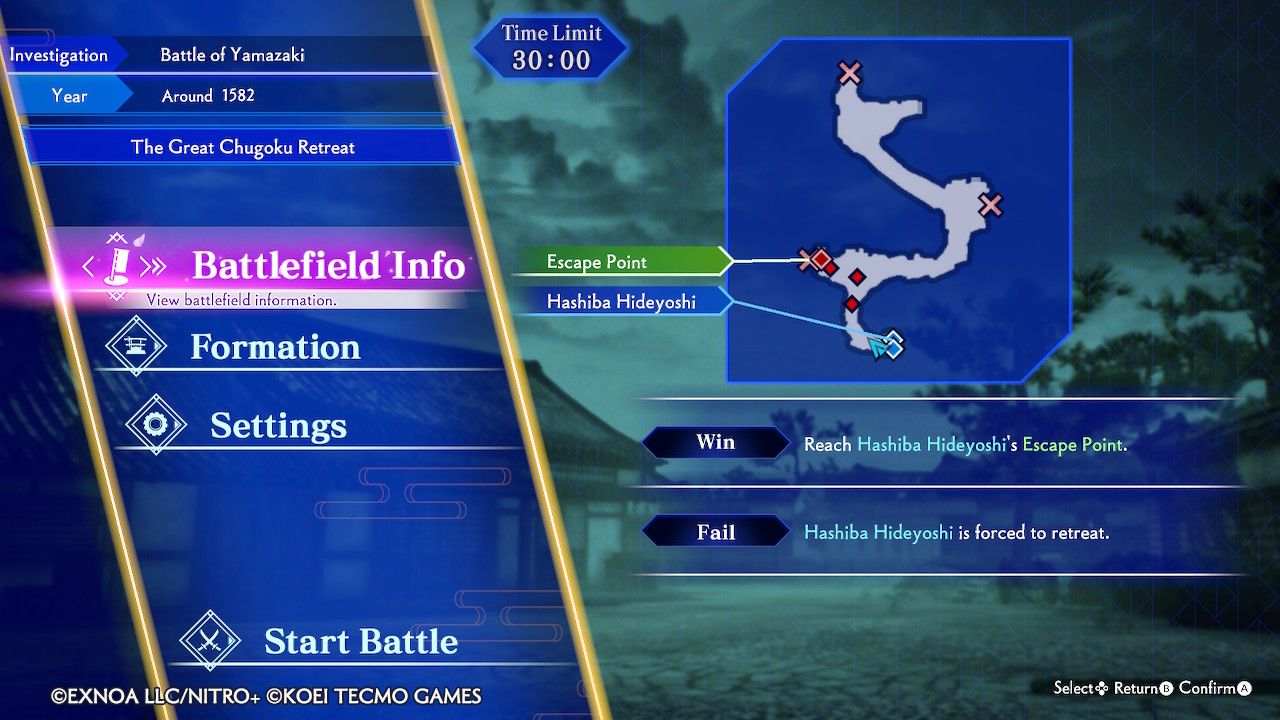 While it will be very obvious where you have to go to fill up your investigation meter in most investigation missions, some missions are a bit trickier.

At certain points, you may feel like you're repeating your actions and nothing is happening – when this happens, you likely need to find a secret area or encounter an officer that you missed. The maps in this game are pretty small, so it shouldn't take a long time to do a sweep of the entire area – Konnosuke (your fox-like companion/guide) will make a noise and alert you when you're close to your objective.

Watch Out For Telegraphed Attacks 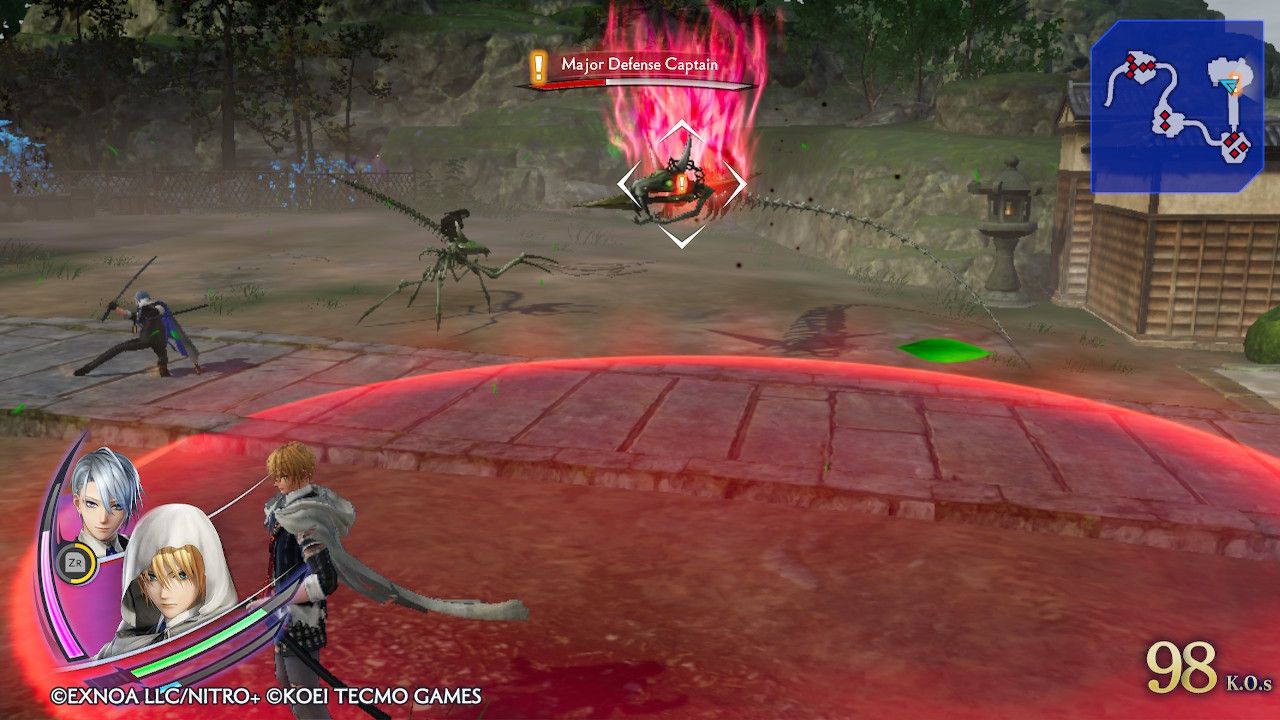 Some enemies will have strong attacks that they will telegraph with a red area marker that appears on the ground. While these attacks aren't incredibly damaging as they would be in an MMO, it's still a good idea to move out of the way.

You can either dodge out of the AoE with the B button (on the Nintendo Switch) or try to interrupt the attack with a special attack of your own – either your Hissatsu or a Partner Attack.

Don't Be Afraid Of A Little Damage 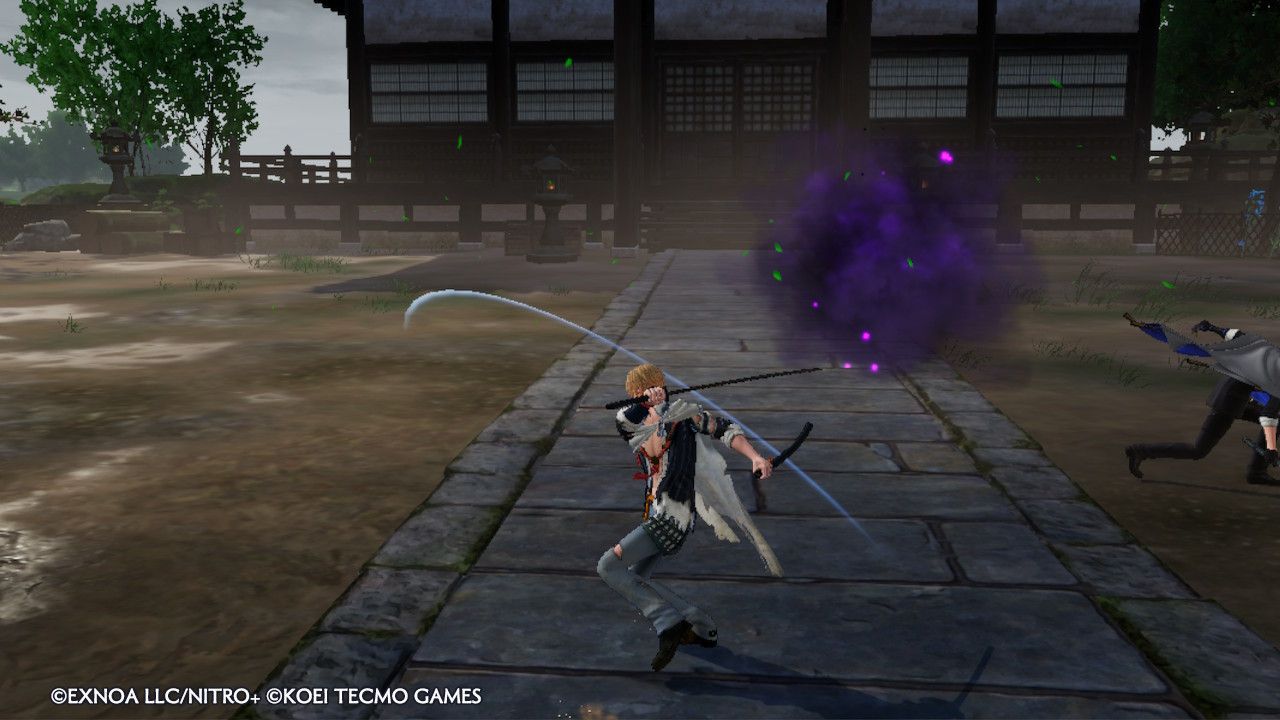 While this may sound a little counter-intuitive, taking a little damage will actually boost your fighting skills. Taking some damage will let them enter the Injured State – this is signified by their clothes being ripped.

In this state, your Hissatsu Gauge charges faster, making it easier to use your best move when you need it most. It may be a good idea to take some damage on purpose at the start of a battle to enjoy this buff.

Take A Moment To Upgrade Your Touken Danshi 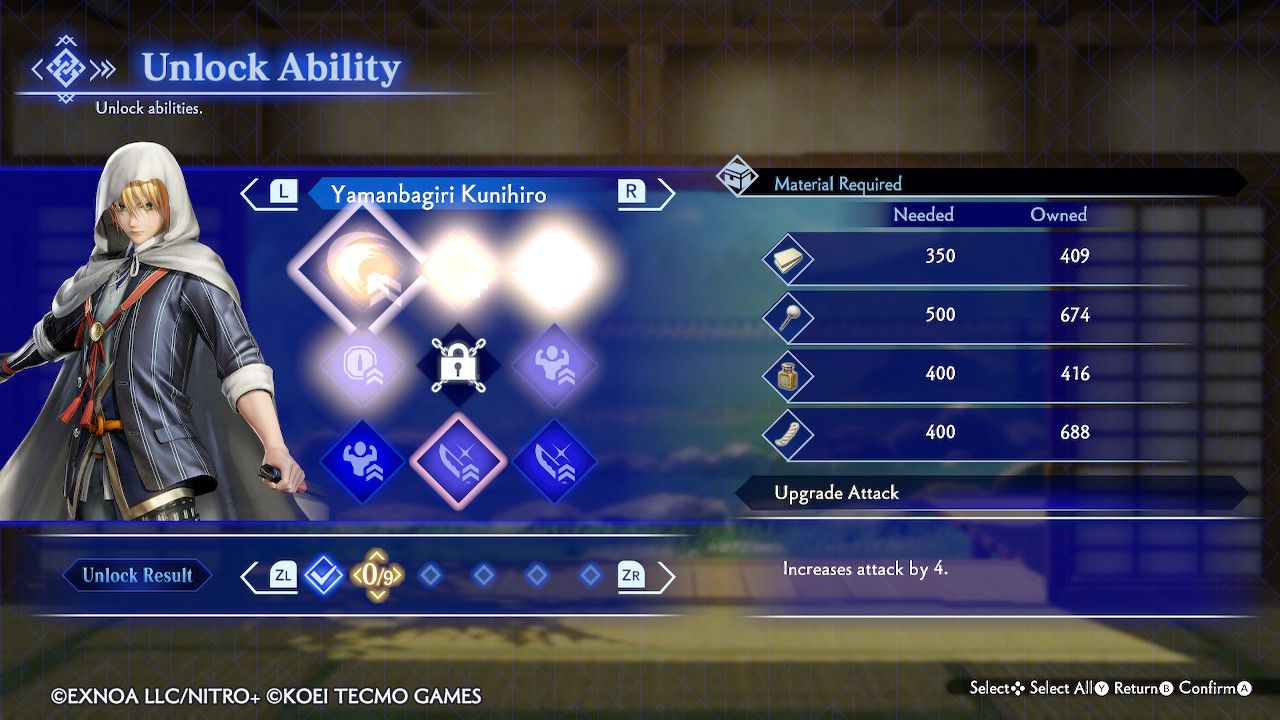 It's tempting to rush ahead through all the story battles that the game presents you, but you shouldn't neglect the development of your weapon warriors.

Resources pile up pretty quickly, so upgrade your Touken Danshi when you have the chance. Prioritize those you use the most and whoever is currently involved in the storyline.

Don't forget to equip any new abilities you unlock!

If you're just shy a few materials, don't forget that you can buy them at the Shop.

Don't forget that you can also buy equippable items at the Shop, too! As your Honmaru levels up, you'll unlock better, more powerful items. Make sure your current Touken Danshi has your favorite item equipped – you can swap them around in the Battle Preparations screen.

Fill Up Your Honmaru Slots 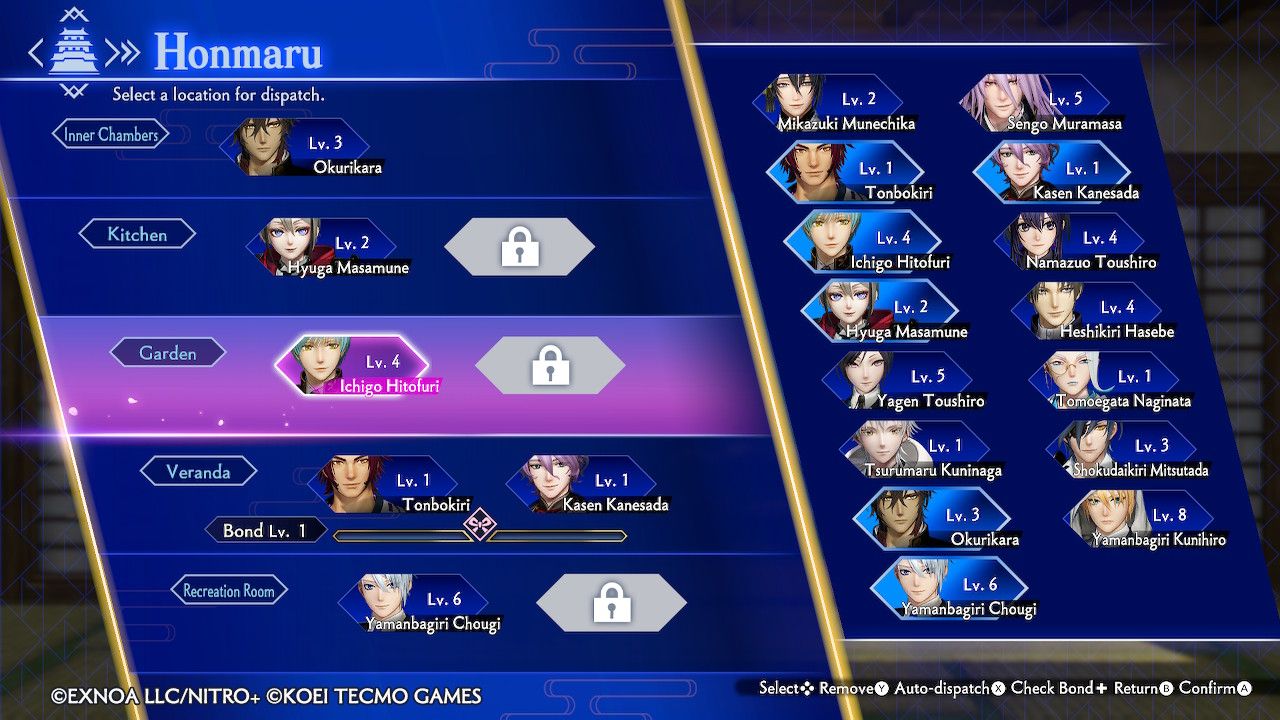 Every time you unlock a new slot for a Touken Danshi in your Honmaru, make sure it stays filled at all times. Not only will that character gain experience after every Sortie, but you'll gain extra benefits from having Touken Danshi in certain slots:

Every now and then, you'll see a die icon next to one of the Honmaru's locations. This means you can play a quick mini-game involving the Touken Danshi you have there. You'll receive some rewards for doing so, but they're not really worth the effort until you've leveled the Honmaru up a bit. 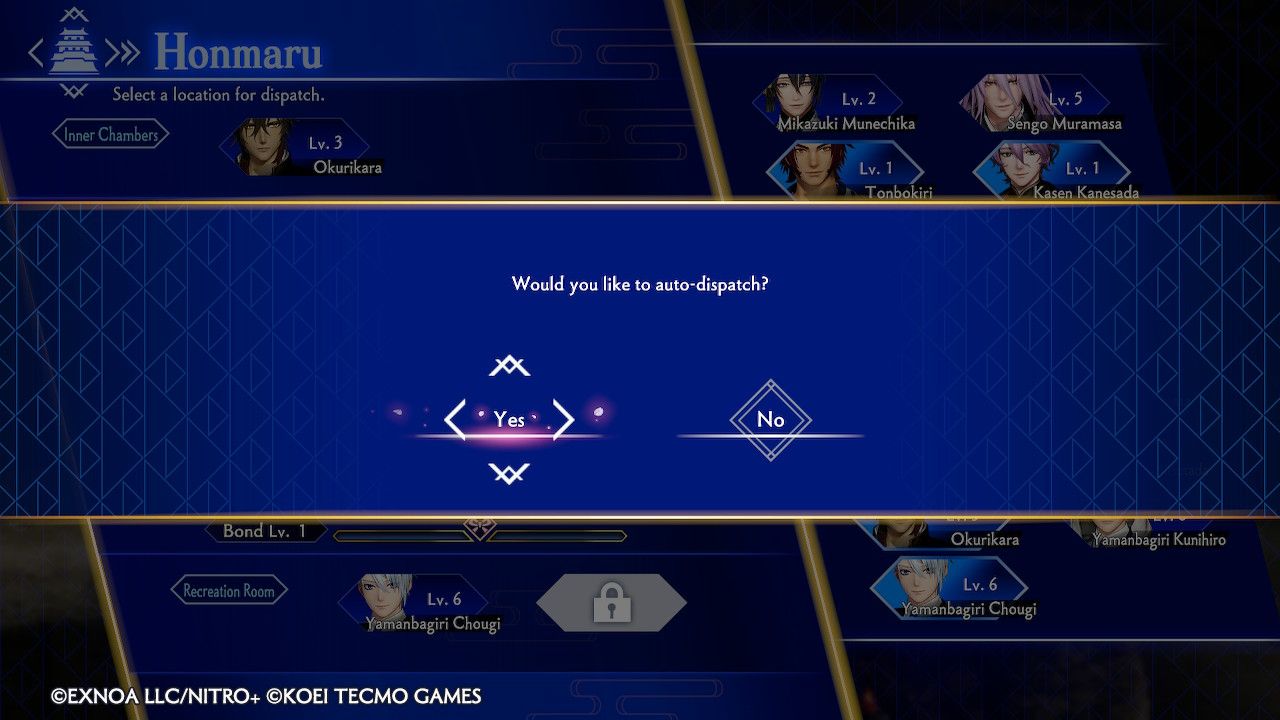 It's a good idea to use the Auto-Dispatch option every now and then. This will shuffle your Touken Danshi around, letting you level up your entire roster without micromanaging every fine detail. 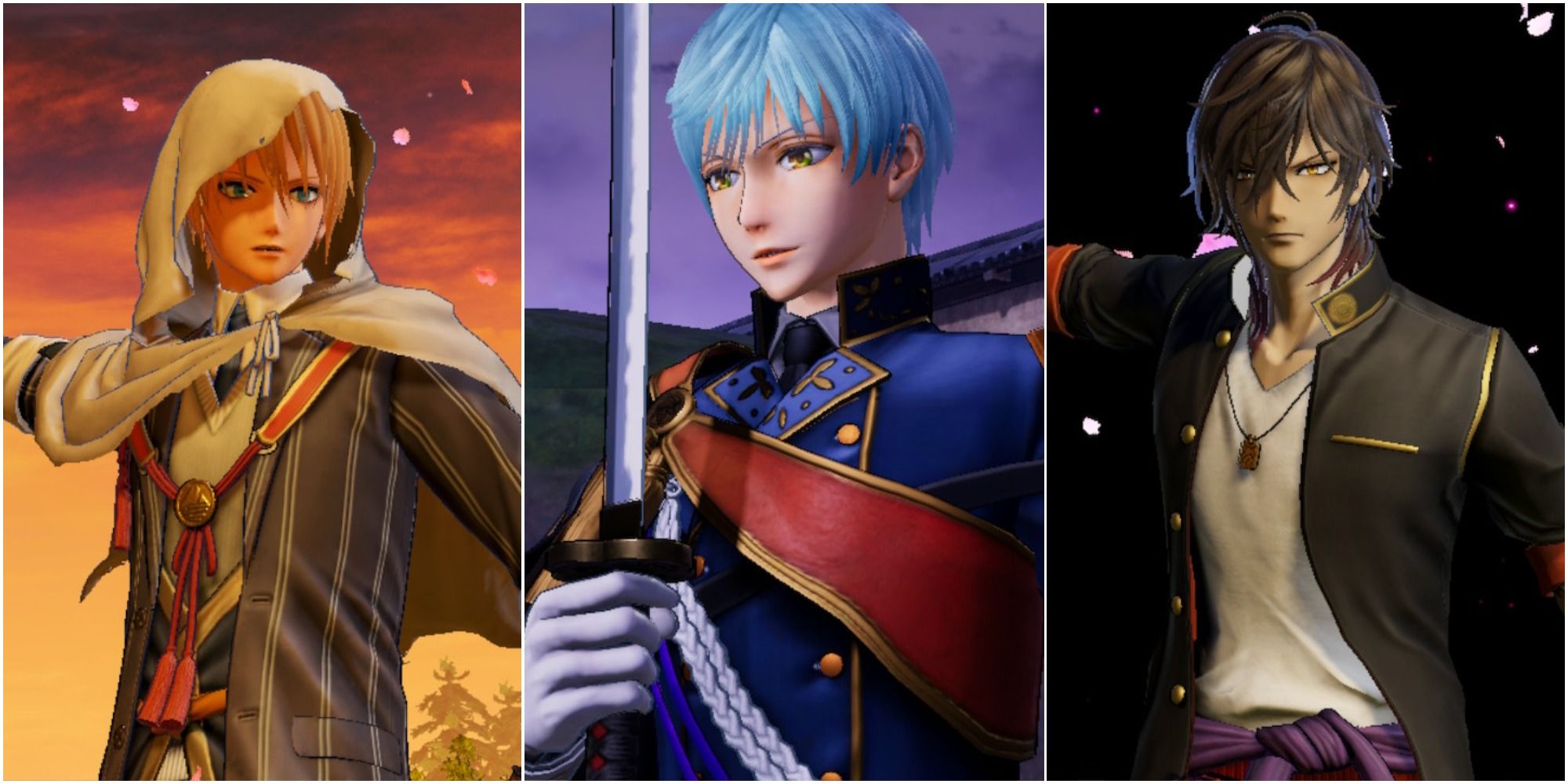 If you check out the Memoirs menu, you'll notice an option for Special Missions. While these aren't required to beat the game by any means, there are two reasons you should be aiming to complete them:

Most of these missions will be visible from the start, but some will be unlocked only once you get a lot further in the game.