Tower Of Fantasy has done an amazing job with everything related to exploration. Being an open-world game, exploration is at its heart, and the developers have made sure that players have a good reason to go out and explore. Among other things, ruins are one of the major aspects of it.

Astra is home to three ruins, the first of which is finished as part of the main story. Other than that, exploring the other ruins is your choice, but it does contribute to the exploration progress of the entire area. Ruin A-02 is located just beside Robarg, the area's world boss.

How To Full Clear Ruin A-02 On Easy Mode 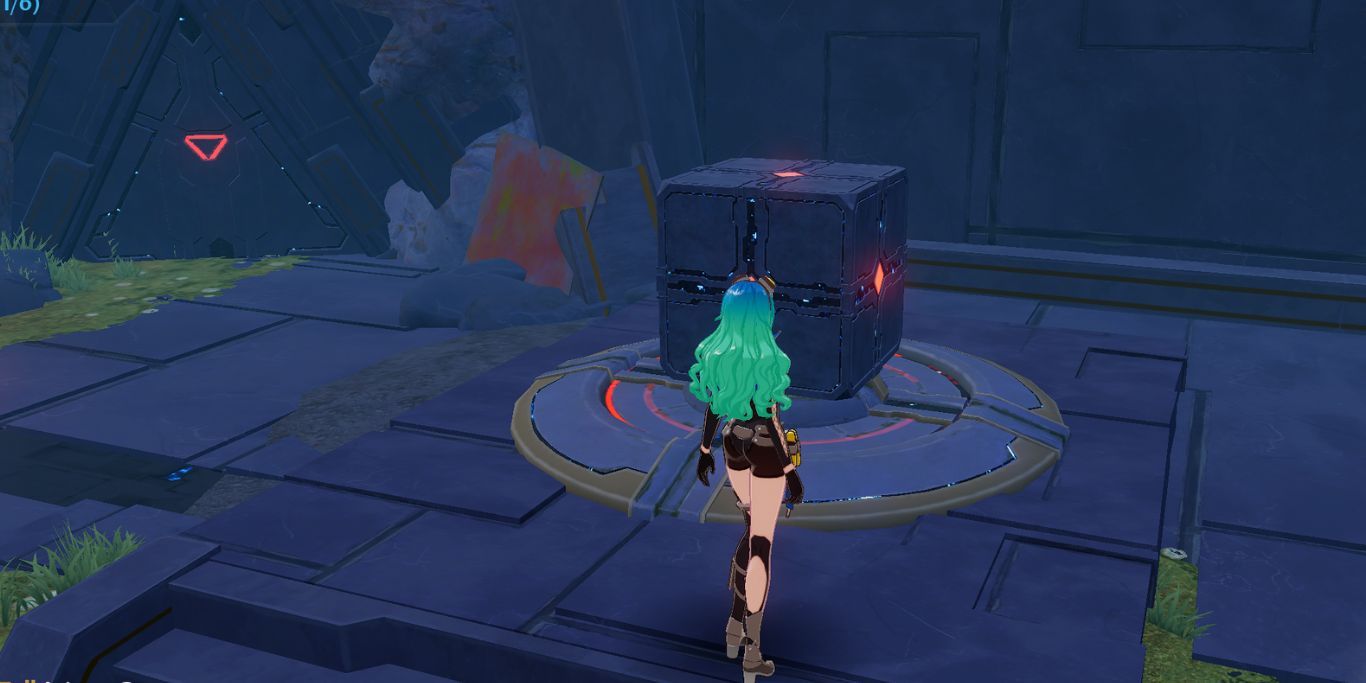 Ruin A-02 is an amalgamation of puzzles and tough enemies, being fairly easier on both sides. The ruin contains Ravager enemies, including some mechanical spiders that explode once you defeat them, so players need to watch out for these.

As soon as you enter this place, you'll see a path leading downwards with a bunch of spider bots and some Ravager enemies in the room. Upon defeating these, you need to use the Strange Cube on the massive cube in the middle.

The radius of this relic is pretty small, so make sure you get close. This ruin will give you the relic for free, and you can simply equip it by pressing Esc and heading over to the Relics menu. Upon activating it, it'll remove the large cube and open the door to the next part. 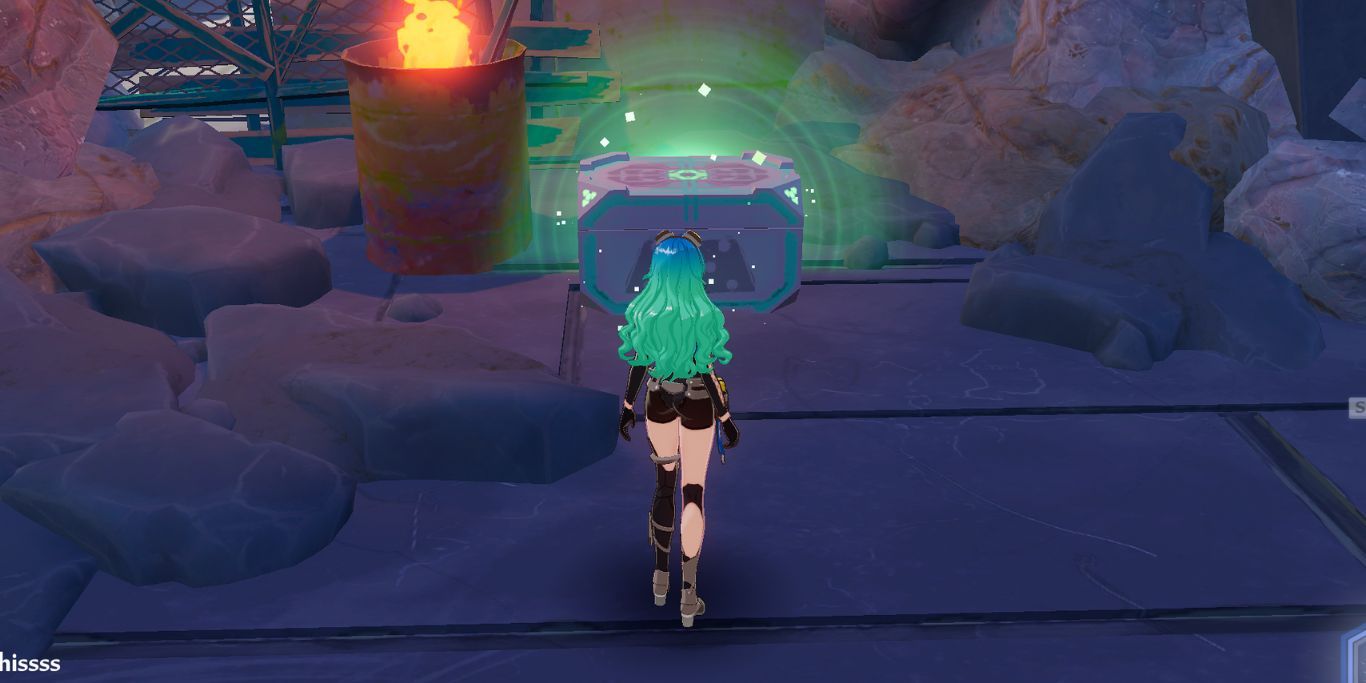 As you head to the next section, you'll fight three more enemies, and one of these will be a mini-boss who'll gain a shield when his health goes down a little. Defeat these enemies and go up the path to find your first chest lying in the open, which is very hard to miss.

It's not a requirement to defeat these enemies; you can simply progress further without killing them. Although, claiming the chest can be frustrating because their attacks will knock you out of the animation.

Once you're done, move along the path on the right, and you'll find yourself in a room with the main puzzle. This is significantly easy, though, and all you have to do is, use the Strange Cube on the massive cube again and then activate the lever in the middle, opening the next part. 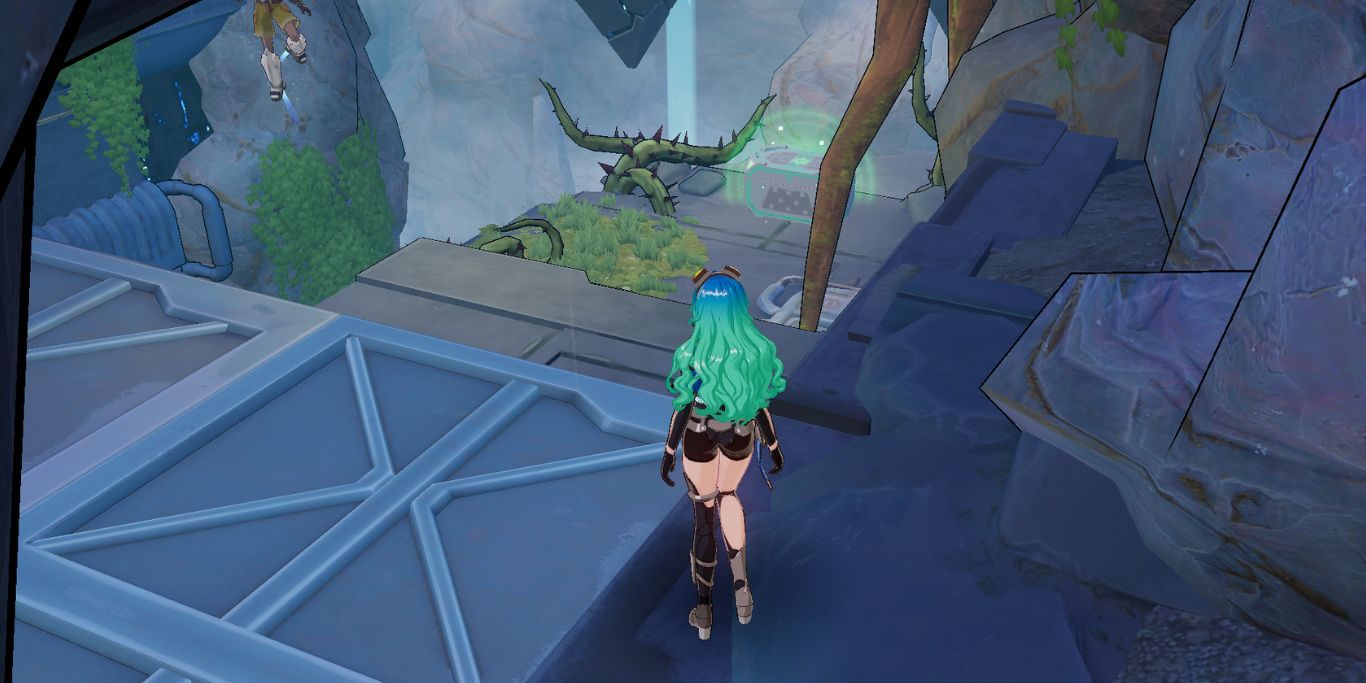 As you progress, you'll find you go from a cave to an open area with a bunch of enemies waiting for you. This is where a ranged weapon will help you a lot. Before heading in, you'll find the second chest on easy mode sitting on the right side at the beginning.

After claiming the chest, head up the path as you defeat all the enemies, and you'll reach an area with some moving platforms. You need to wait for the right time to get to the platform in front where you'll find your final boss.

Aberrant Franken is the main boss in this ruin who will have health stacked up to three bars. Defeat this boss by using as many Volt weapons as you can, but watch out for his attacks since most of them knock you out and stun-lock you for a little while.

Upon defeating Franken, you can head out from the new path that opened to find the exit room of the ruin. Interact with the mechanism in the middle to finish your easy mode run for Ruin A-02.

How To Full Clear Ruin A-02 On Normal Mode 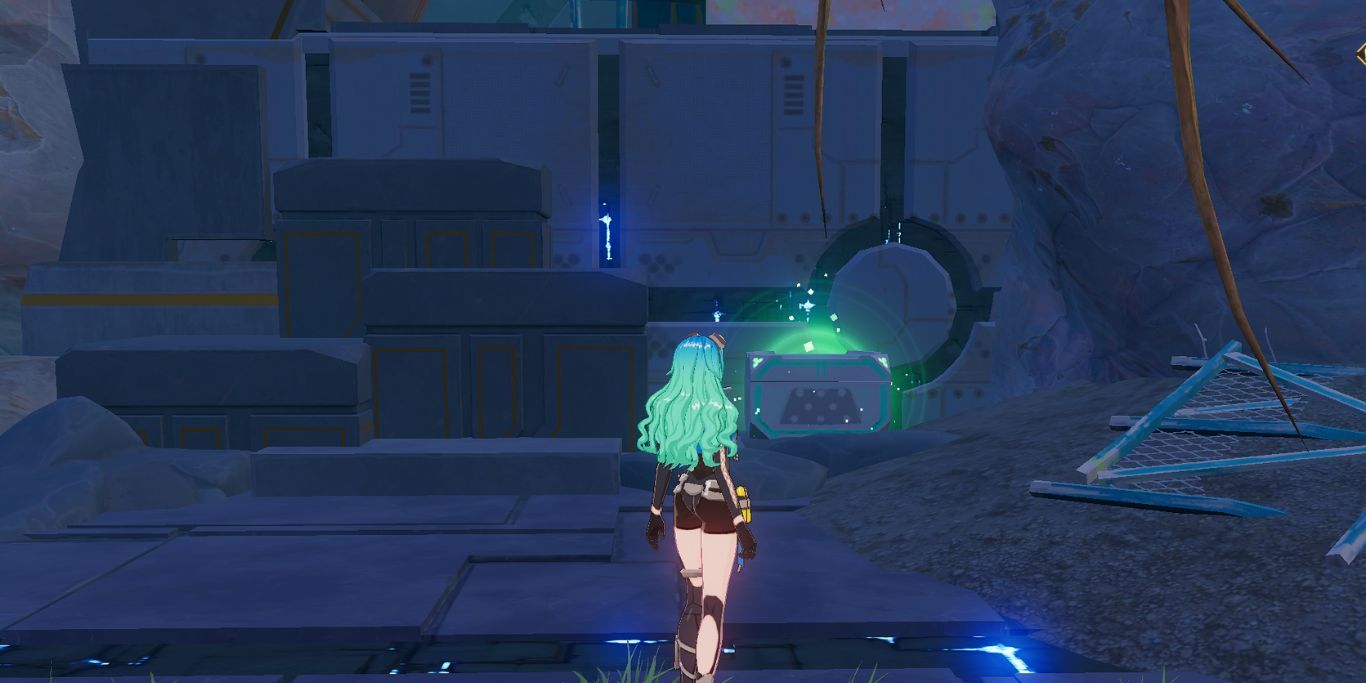 The good thing about ruins in Tower Of Fantasy is that they don't change in terms of core mechanics as you go from one difficulty to another. The only change is that the enemies are higher level, and you get two more chests compared to the previous difficulty.

To find the first chest in normal mode, you must head over to the first room where you solved the first cube puzzle. Here, sitting right below the place you jump down, you'll find a shining chest that can be missed pretty easily. 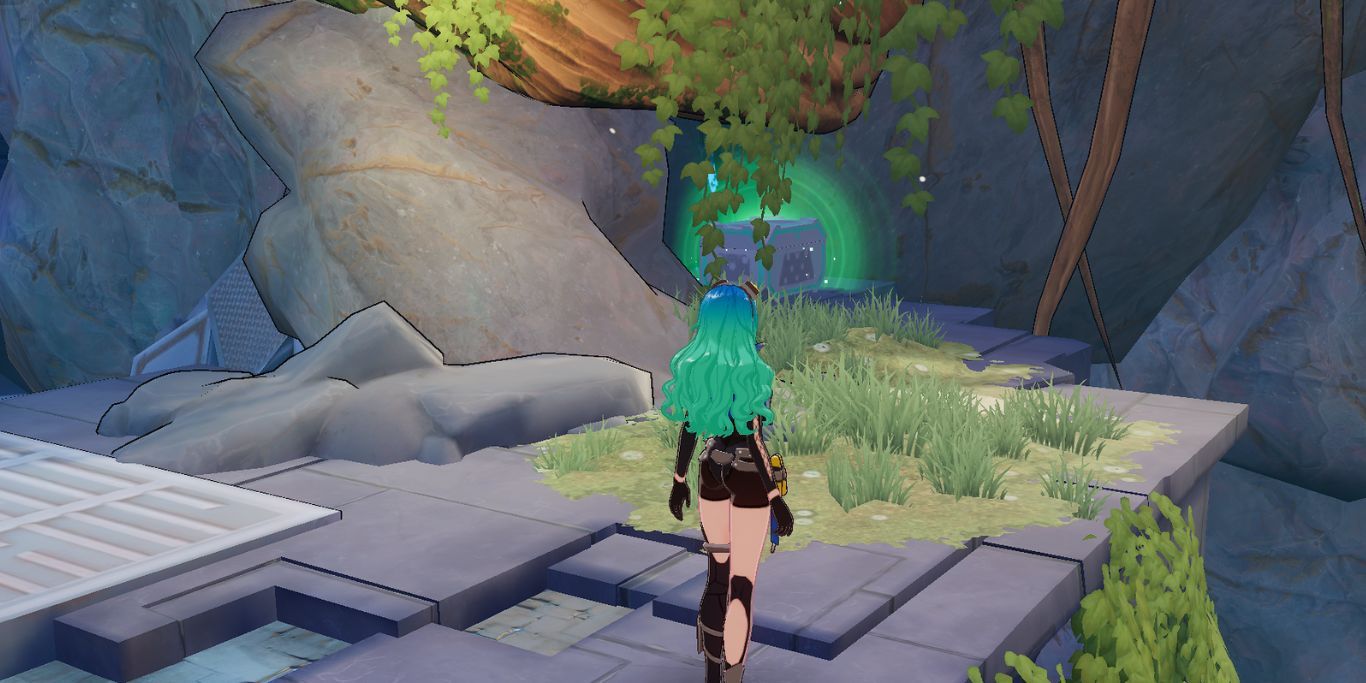 After that, you can claim the two chests you'll find in the same location as they were in easy mode, giving you lots of goodies. For the final chest on this difficulty, defeat all the enemies right before the moving platforms.

Head over to the place where you jumped on the moving platforms and look behind you. You'll find this chest tucked in the corner beside a rock and a tree branch hanging above it. Upon claiming it, simply defeat the boss again and head out of the domain.

How To Clear Ruin A-02 On Hard Mode 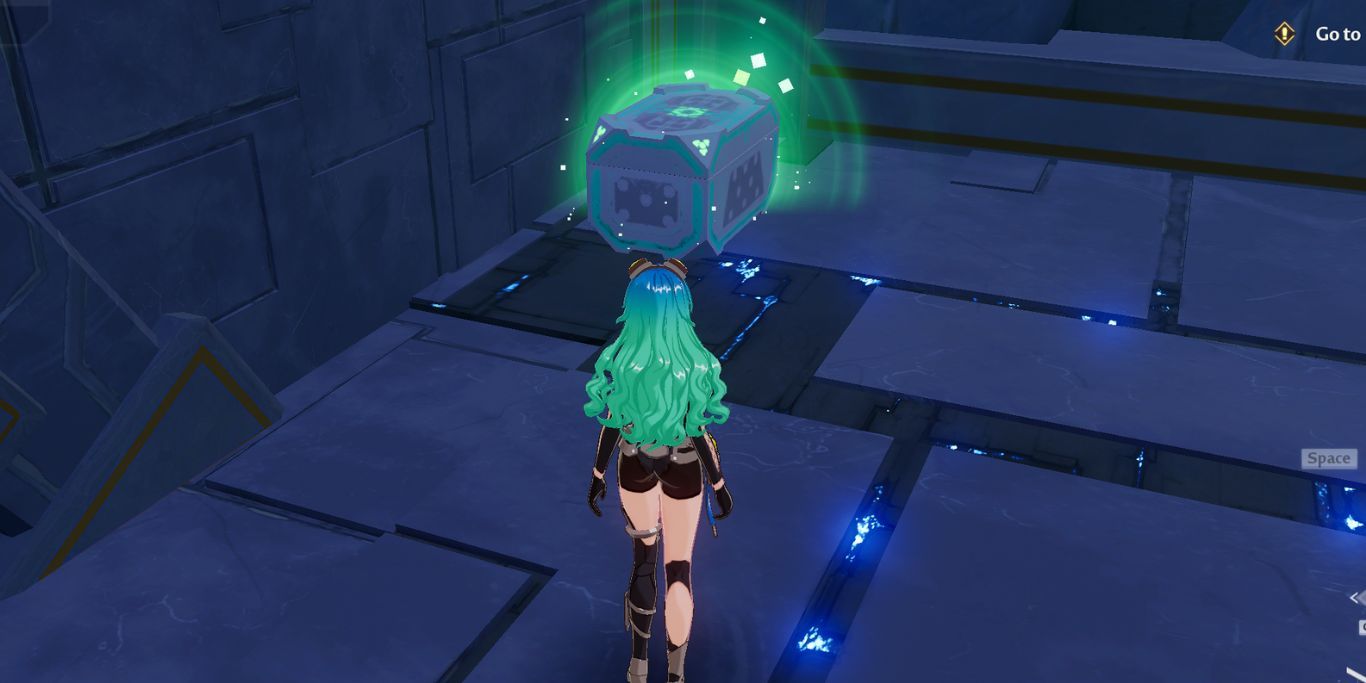 In hard mode, once again, you will find the four chests in the same locations as normal mode and two more in new locations. For the first one, solve the second cube puzzle where you have to activate the lever and head out from the door that opens. 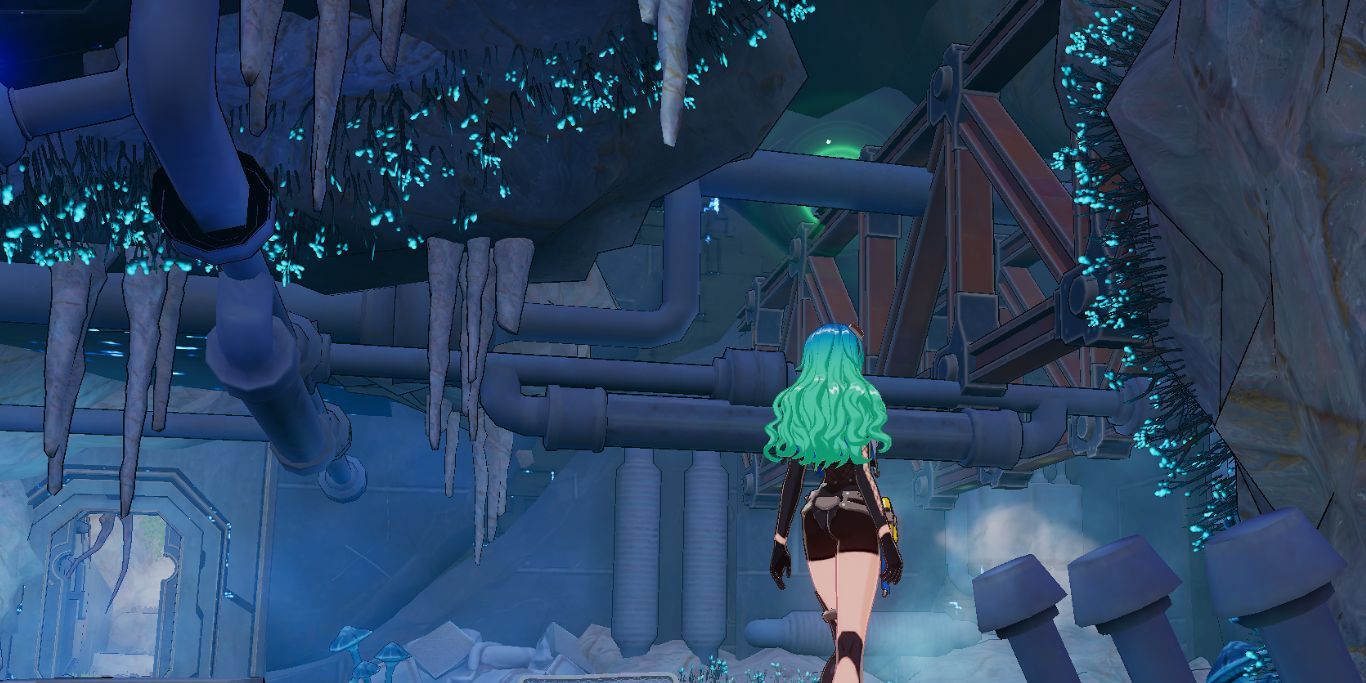 Once you've defeated the boss, look directly above you, and the final chest in this domain will be spotted. Now, you'll require a relic called the Omnium Handcannon that you can unlock in another ruin. Fire the cannon at the doorway where you enter the boss room. 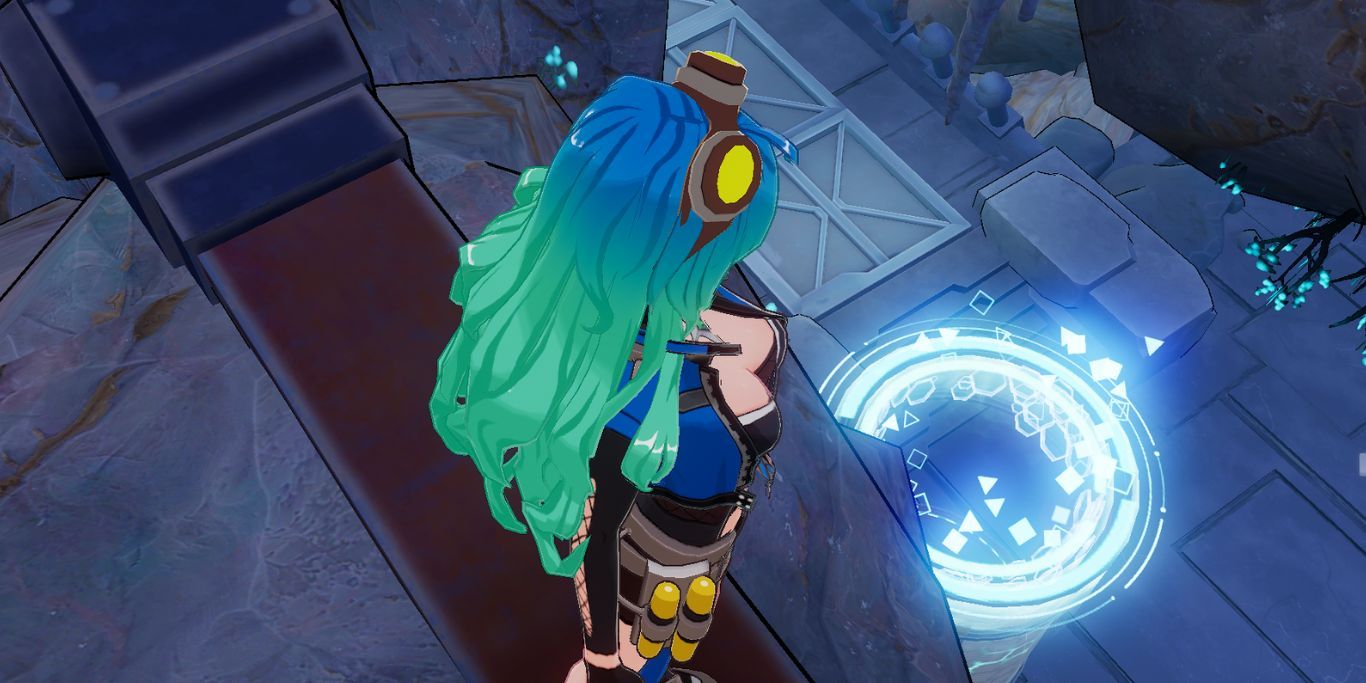 Climb the tube that is formed, and then you can jump your way to the tiny platform that contains the chest. Reach the chest carefully since you can easily fall off if you take one wrong step. After claiming the chest, finish the ruin to fully complete A-02.