Many financial institutions (FIs) are finding themselves in an ‘arms race for AI’ as leaders recognize that technology transformation can lead to significant advantages. The pandemic alone shined a light on just how fast technology can evolve, as many employees shifted to remote work almost overnight, and clients opted for digital support versus in-person customer service. Advancing technology is vital, but organizations like banks need to continuously evolve.

Which is why nearly two years ago, RBC laid out its Tech Infrastructure vision and a four-year strategy to transform our business to become a software-defined, automation-enabled and AIOps-influenced organization. As one of Canada’s largest and oldest banks, we often get the question, “How will you pull that off?” My answer for them is that it’s not a race to the finish line — it’s a crawl, walk, run approach to cover all of our bases. With the right infrastructure in place and by adopting a multi-cloud architecture, RBC will be positioned for success no matter the circumstance we might find ourselves in.

Recently, there’s been a lot of discussion around banks adopting public cloud, but in practicality, the majority of large banks’ critical workloads are still run on premise. The main reason being that taking a crawl, walk, run approach to cloud deployment is crucial to any bank’s success. At RBC, we’re focused on building out our private cloud capabilities before moving to a hybrid model. There are about 600 applications that run on this private–public hybrid model, with just under 80% of them using a private architecture, but that number will shift. In the next three to four years, we will see roughly an equal balance between on premise and multi-cloud and maybe more like 40:60 in four to five years.

Implementing multi-cloud architecture is only one component of our vision to come to fruition. We’re also focusing on becoming a software-defined, automation-enabled and AIOps-influenced organization. What exactly does that mean? Essentially, when we say “software-defined,” we want RBC to be powered by software as much as possible — eliminating the human touch where we can.

We’re also focused on enabling our architecture to be automation-enabled, which entails listing all the functions in the bank that are still not automated to see where a machine could do the job better and more efficiently. And finally, we’re working towards a tech-delivery model that uses AI for IT operations (AIOps-influenced).

Like any other journey, there are always a few road bumps to face. For instance, RBC is over 150 years old. We have 88,000 employees in 29 countries. Can you imagine how many mergers and acquisitions we’ve undergone? The number of installations of new third-party systems in addition to internally built tools we have? Like most large, longstanding banks, we’re still managing technical debt from legacy systems, and that can impact our investment in innovation. It can also be a challenge to replace critical legacy systems, which is why they persist — in fact, some of them have been around for upwards of 30 to 40 years and continue to provide world-class service to our customers.

But a complex organization is not our only hurdle. If the pandemic has taught us anything, it’s that we need to be prepared for anything and everything. It’s critical for us to be able to move from one platform to another in times of volume spikes, or if there’s an outage or a major security concern with one of our providers. We’re not rooting for a doomsday scenario for our providers, but we need to be ready for anything that comes our way.

To set ourselves up for any of these types of circumstances, we are identifying processes that have not yet been auto­mated and will either shift them to the bank’s hybrid-cloud model, or make them have “cloud characteristics,” with the end goal of RBC growing to become a truly end-to-end digital enterprise. This is where Kubernetes containers for software development come into play. We use Kubernetes right now in our private cloud and public cloud. We have an architecture pattern deployed in production where an application is primarily run on our private cloud, but for a surge or spike type scenario, it goes and bursts into the public cloud.

A lot of planning is required in order to do that. Just having a Kubernetes orchestration layer across private/public cloud is a starting point, but you have to go all the way up to the design of the applica­tion to make sure that it is designed, architected and tested properly to sup­port that type of movement.

Another layer of how we’re preparing ourselves for error is automating our tech operations wherever possible. Think about an operational data lake the bank has built, which brings in data from systems, applications and net­works from around the organization. Currently, the lake employs about nine AI models that sift through that information. When a change request is submitted, the system will use AI to predict if there’s a higher probability of something going wrong with that change, as well as a confidence score.

For example, an employee might submit a change request. The request might be filled out as a low risk, but the AI tags it as a moderate risk, which alerts the user to go back and check to make sure the request won’t cause a disruption. The latest mainframe that we will roll out in the next two years or so will feature AI out of the box that helps us understand how we can optimize the MIPS (millions of instructions per second) usage so we know what might not be operating at optimum levels.

At the end of the day, becoming a software-defined, automation-enabled, and AIOps-influenced bank all comes down to changing the way we think and approach tech development. A large part of transforming our tech infrastructure is shifting mindsets. That’s not easy when our approach was formed more than three decades ago. But with a crawl, walk, run approach, we’re making sure all the gaps are covered.

Learn more about Tech @ RBC or check out our latest job opportunities here. 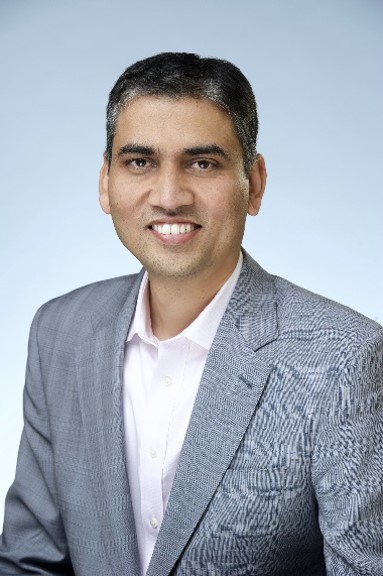 Jikin Shah is the Senior Vice President of Tech Infrastructure at RBC. In this role he is responsible for a team of 2,400 professionals that provide technology infrastructure services to all RBC lines of business and 16 million customers globally. The Tech Infrastructure team is responsible for enabling RBC technology strategy through innovation, engineering, delivery and operational excellence. This includes hardware, software, networks, and services for the global technology infrastructure platform, which processes 600 million transactions daily and moves $2.7 trillion daily. As a member of RBC’s Technology & Operations (T&O) Operating Committee, Jikin contributes to the development of the overall strategy and direction of T&O.