The title from Ubisoft’s Massive Entertainment — the maker of The Division open world series — will be a story-driven open-world Star Wars adventure.

Massive Entertainment is in Malmö, Sweden, and it has a big team that created the Snowdrop engine, the technology behind The Division series. Massive will use Snowdrop to make its new game.

Massive’s Julian Gerighty will be creative director for the game. Massive is recruiting for the team now. I don’t know what the team is working on. But if I had a guess, it would be a game based on the world of The Mandalorian, the hot TV show on Disney+ that happens to be built using a game engine. It’s the Unreal Game Engine — a different one from Snowdrop — but it’s still a game engine.

“The vast Star Wars lore is an incredible source of inspiration for our teams,” said Ubisoft CEO Yves Guillemot in a statement. “This is the beginning of a long-term collaboration with Disney and Lucasfilm Games, and we are pleased to be working hand-in-hand to build upon the incredible legacy of Lucasfilm to create a game that we know Star Wars fans will love.”

The news could signal some behind-the-scenes maneuvering by some of the biggest companies in the game industry. Electronic Arts has had a license to make Star Wars games for Disney, ever since the Mouse house bought George Lucas‘ film company in 2012. It made some award-winning triple-A games such as Star Wars Jedi: Fallen Order. 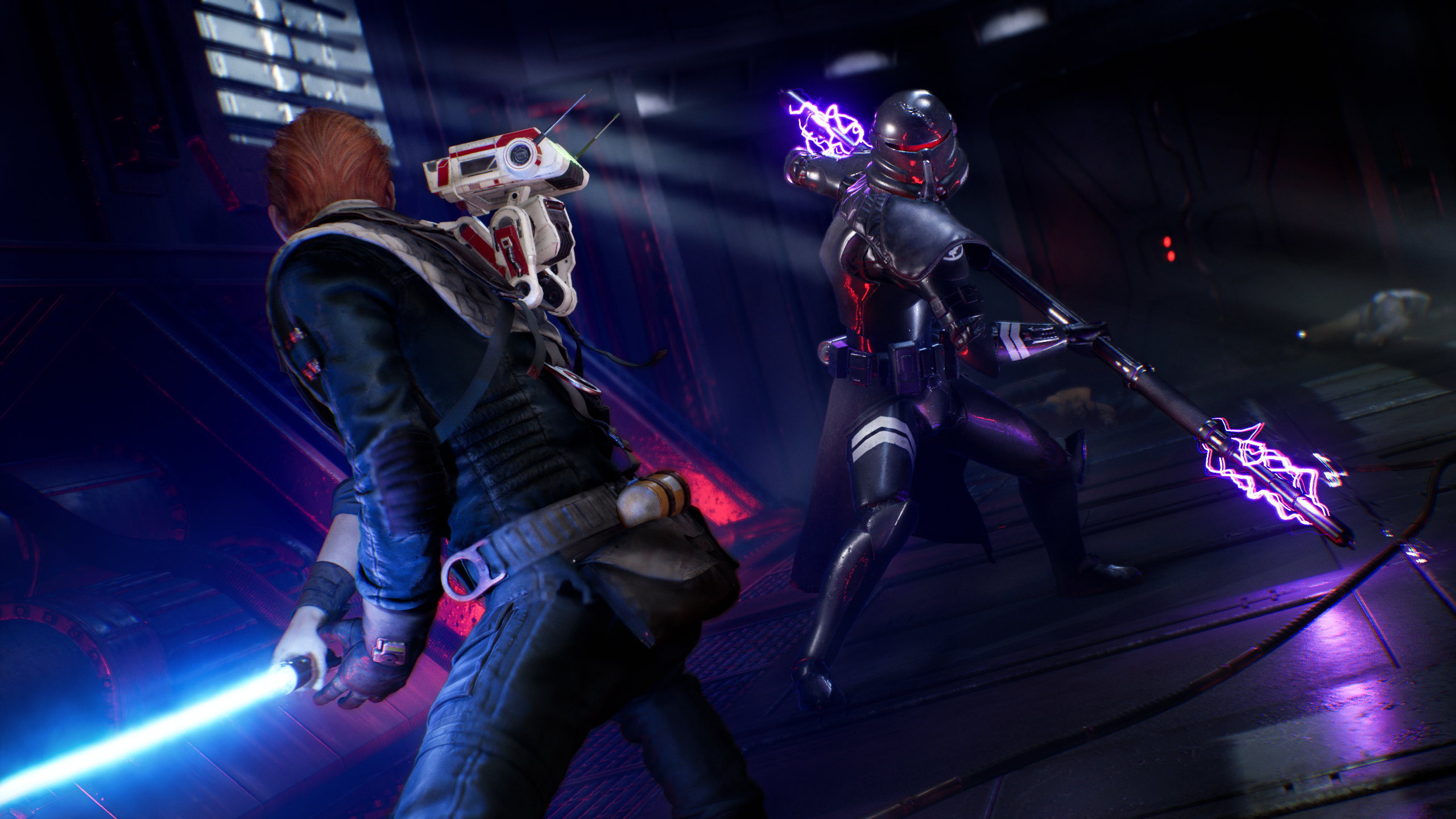 A spokesman for EA said, “We are proud of our long-standing collaboration with  Lucasfilm Games, which will continue for years to come. Our talented teams have created some of the most successful games in the history of the Star Wars franchise, including Star Wars Jedi: Fallen Order, Star Wars: Battlefront, Star Wars: Galaxy of Heroes and Star Wars: Squadrons. We love Star Wars and look forward to creating more exciting experiences for players to enjoy.”

On StarWars.com, Disney acknowledged that EA is working on multiple Star Wars games.

When Disney bought Lucasfilm, it shut down the LucasArts game division and started licensing games to EA and others. Besides Ubisoft and EA, Zynga is also working on a Star Wars game. EA’s license is believed to expire in 2023, unless it is renewed. Lucasfilm Games also announced on Tuesday that Bethesda is working on an Indiana Jones video game.

On Monday, Lucasfilm announced that it was creating the Lucasfilm Games brand as a unifying identity behind all games connected to Lucasfilm. It showed off a new logo and it said that the films are entering an “unprecedented phase of creativity.”

“Ubisoft have a unique talent for crafting immersive worlds so we’re thrilled to work with them on this project, said Douglas Reilly, vice president at Lucasfilm Games, in a statement. “We are inspired by the passion and talent of the team at Massive, and together we share a vision for the type of original stories we want to tell with our players in this expansive galaxy. They have the creativity, experience, and community understanding to bring awe-inspiring authenticity, depth and innovation to this new Star Wars game.”

The deal is a big win for Ubisoft, which had a very bad summer as it was rocked by reports of sexual misconduct by many of its senior executives. Why all the activity now? It makes sense as Disney’s other businesses — theme parks and movie production — are seriously hobbled now, and gaming is the kind of production that can still proceed under remote working conditions.

Sean Shoptaw, the senior vice president of Disney Games and Interactive Experiences, said in a statement that Disney works with the best teams in the industry to make Star Wars games. And he said this game from Lucasfilm Games and Massive Entertainment will be a unique one.