Kadabra’s 20-year disappearing act is over thanks to a change of heart from illusionist Uri Geller. The famed magician has apparently gotten a lot of emails on the subject, leading him to reach out to Nintendo and retract a ban he requested on Kadabra Pokemon cards.

TheGamer originally dug into the topic of why Kadabra hasn’t been on a Pokemon trading card in almost 20 years. The Psychic-type Pokemon appeared in the official card game’s first set alongside the rest of its evolution line, Abra and Alakazam. It returned in other sets in different forms, such as the Dark Kadabra of Team Rocket or Gym Leader Sabrina’s Kadabra. However, there was a bit of a problem with its appearance and Japanese name – Yungerer. That name reads very close to Uri Geller, and its trademark spoon calls to mind Geller’s famous spoon-bending.

The reference was not lost on Geller, nor was the fact that Game Freak designed a Pokemon based on him without asking or even notifying him. He sued Nintendo in 2000, and also asked that Kadabra no longer be put on Pokemon cards. The Pokemon Company has honored this request all these years. However, with the story behind the Kadabra ban getting recent attention, Geller decided to reach out to Nintendo and give the okay. 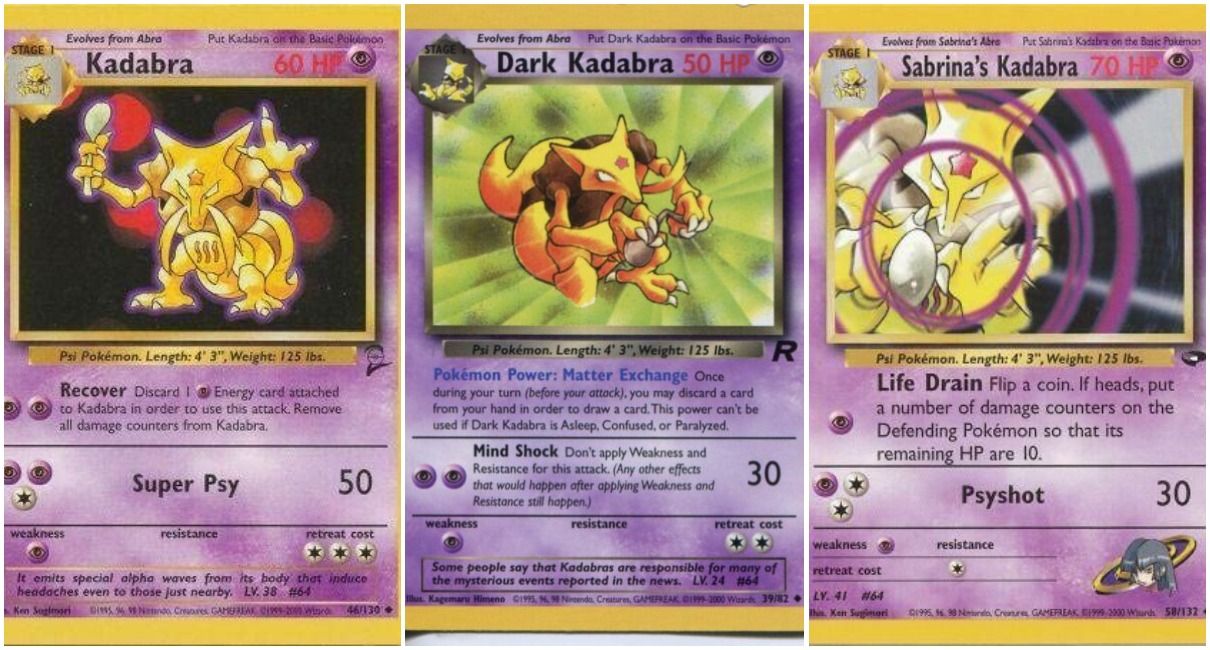 In an email to TheGamer, Geller wrote that “Due to the tremendous volume of emails I am still getting begging me to allow Nintendo to bring back Kadabra/Yungeller, I sent […] a letter to the chairman of Nintendo giving them permission to relaunch the Uri Geller Kadabra/Yungeller worldwide.”

He then said that his letter was picked up by “two Nintendo representatives.” TheGamer reached out for further comment, and are awaiting a response.

The Pokemon TCG has long established a pattern of letting Abra skip Kadabra and evolve straight into Alakazam, or just giving Alakazam a premium card that can be played outright. Now that Kadabra is back on the menu, it’ll be interesting to see where it fits.