Valheim: Everything Boars Eat And How To Get Them

Boars in Valheim are the first mob you encounter and can become a reliable source of food and leather if you approach them with a bit of sustainability in mind. At the start, it’s perfectly fine to go around slaughtering them all, but you’ll have to wait for them to respawn if you want to tame them. With the right method, you can create your own farm of tamed boars.

To do that, though, you’ll need to feed them different food sources. Boars won’t eat everything, but they do eat mostly everything. They’re pigs. Pretty easy to please. And while they’re not able to swim across lakes for you, boars are still very useful. Here’s every type of food you can give to boars and where you can get them.

How To Feed Boars 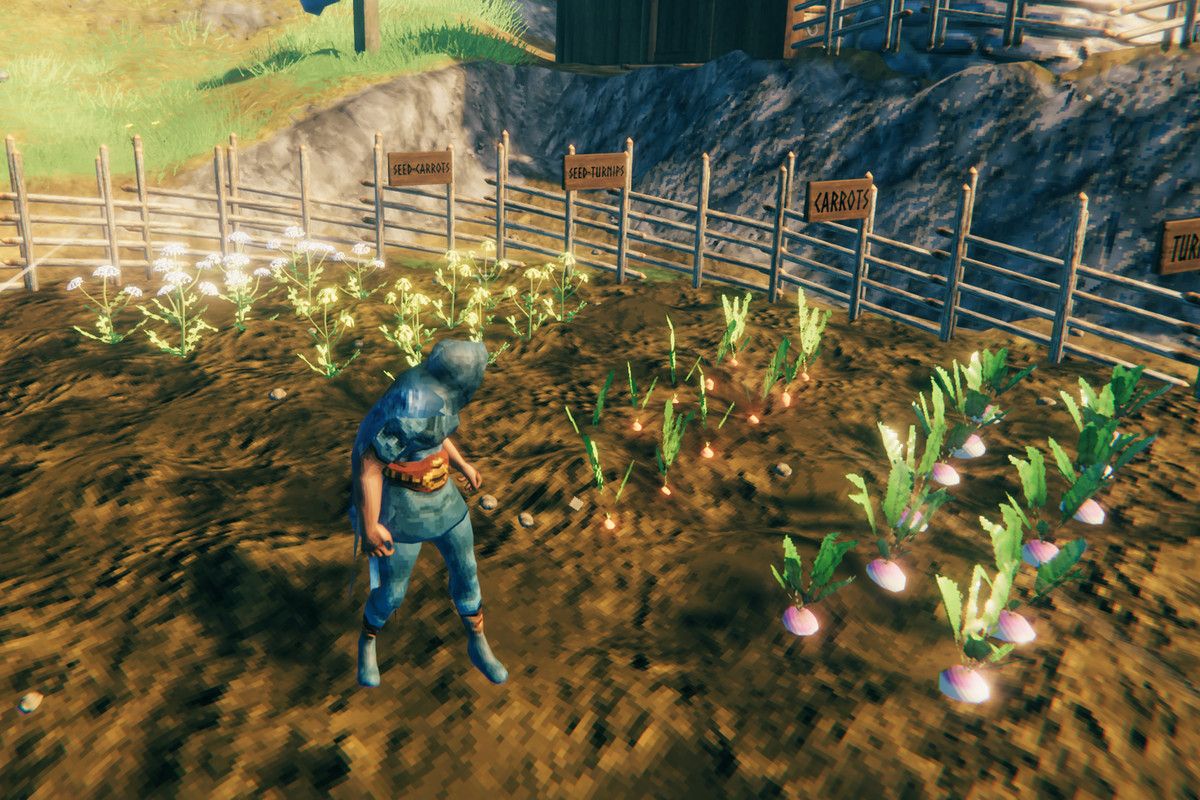 Wild boars can be penned into a fenced area and fed over the course of a couple of days. They’ll initially be hesitant towards the player, but all you’ve got to do is leave a pile of berries, carrots, or mushrooms inside the penned area. If there’s a Workbench nearby, the piles of food won’t despawn, so you can leave for a while and the boar will pick up food whenever it’s hungry.

Once the boars are tamed they’ll get hungry every now and then. By feeding the boars you’ll send them into “happy” mode, which is basically when they’re ready to start breeding with other boars. You can only have up to 6 boars in a pen before they will no longer give birth to new piggies. Check out our full guide here.

What You Can Feed Boars:

You’ll likely have stumbled across waves and waves of mushrooms during your first days in Valheim. They spawn regularly in the Meadows and Black Forest biome and can be harvested every 240 minutes.

You can munch on the mushrooms yourself, turn them into a Carrot or Serpent Stew, or use them to tame and feed your boars. Drop your mushrooms into your boar pen and you should notice some yellow hearts start to appear. That’s the boar’s way of telling you it likes the mushrooms. Keep in mind that boars won’t eat the yellow mushrooms found in Burial Chambers, Troll Caves, and Sunken Crypts. 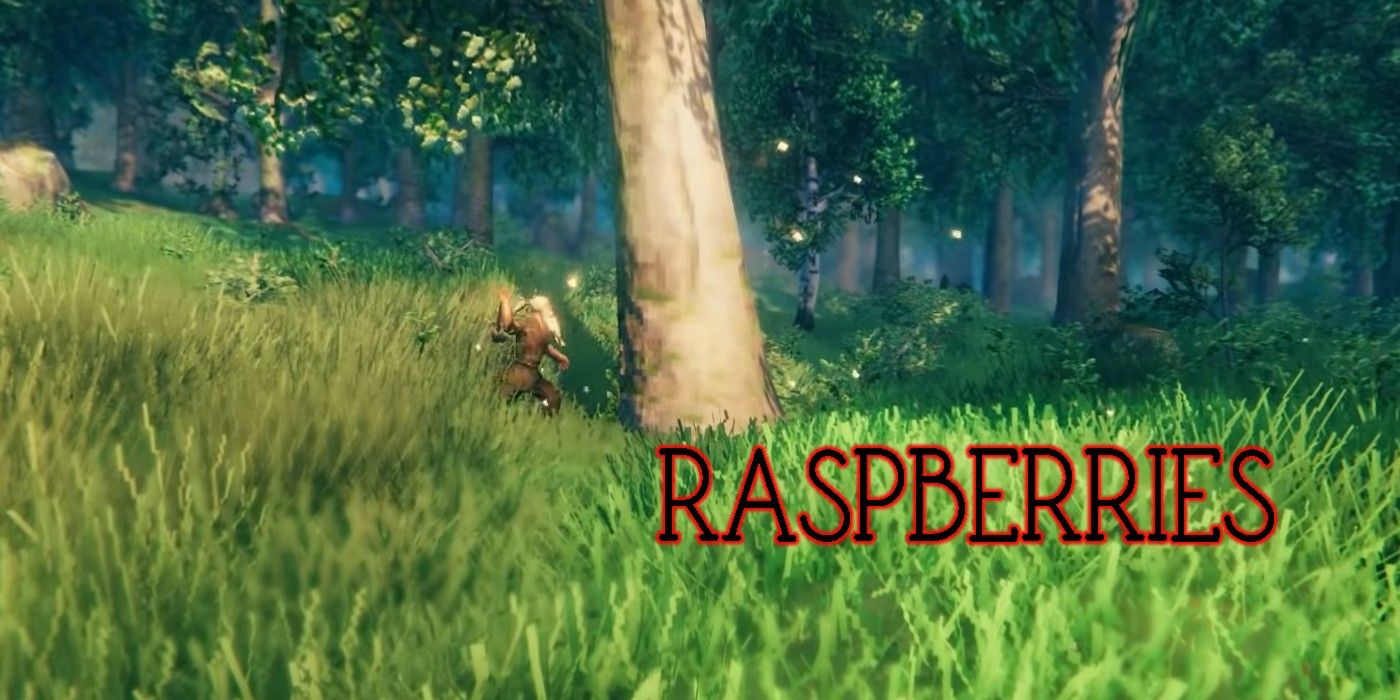 Raspberries are another early-game food item found in the Meadows biomes. They’re found on bushes that spawn randomly and once harvested will respawn after 300 minutes, quite a long time. Boars will eat raspberries.

There’s currently no way to regrow Raspberry bushes, and if you destroy them they won’t regrow on their own. This means they’re a finite resource and should be treated with a little bit of care. You’ll need raspberries later for healing potions and Queens jam, so don’t destroy all your bushes. 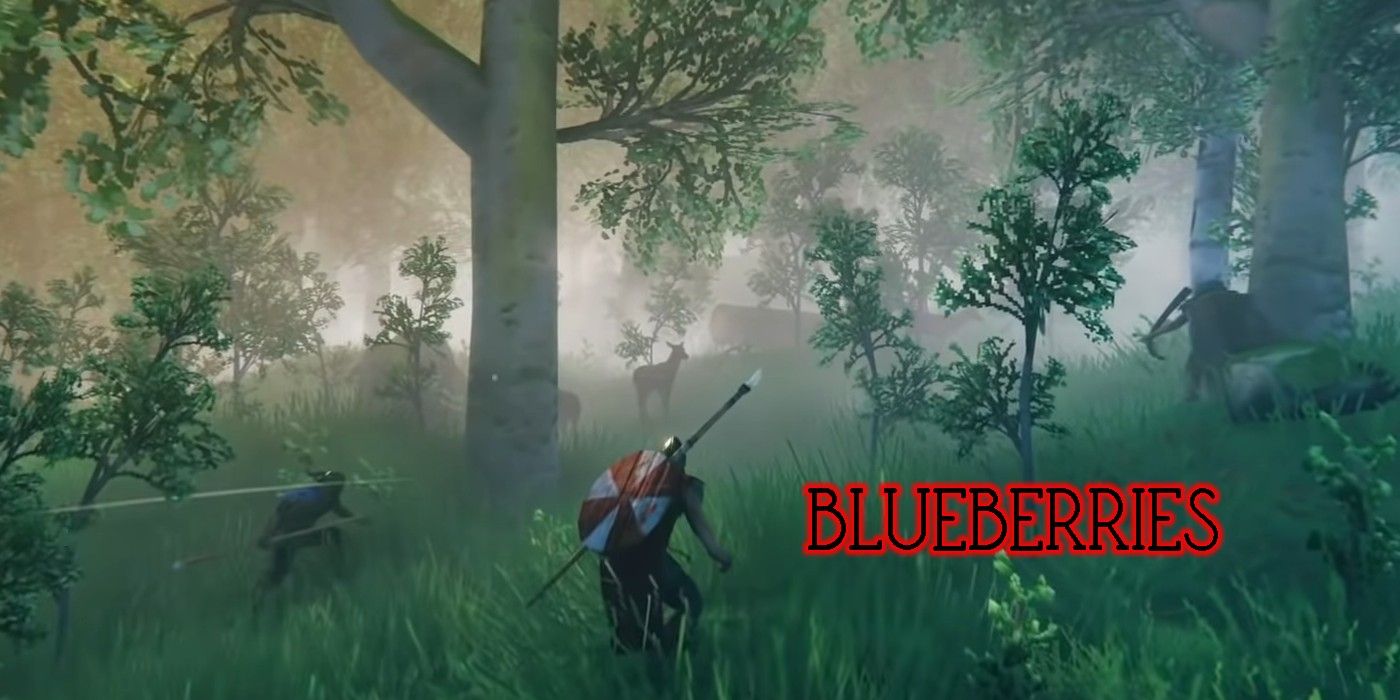 There’s a bit of debate around whether blueberry and raspberry bushes will eventually be able to be planted. Lots of players hope so because it is quite frustrating to travel halfway around the world, killing monsters and collecting loot, and then every now and then having to head into the forest to pick up some berries. It’d be much better if you could just create a berry farm. 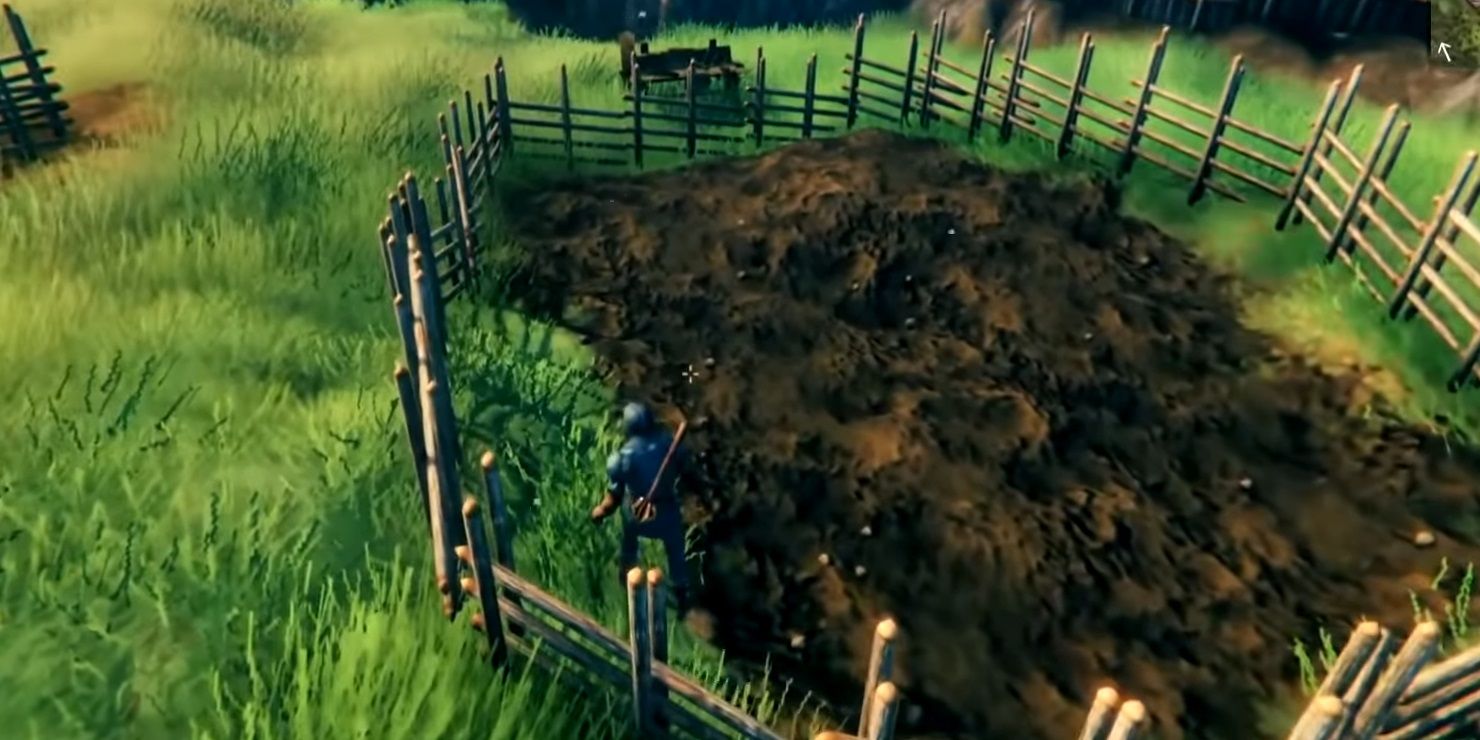 Carrot seeds are found on Carrot Seed plants in the Black Forest Biome and can be harvested repeatedly. Once you have a few seeds, though, you can easily set up your own carrot farm. This the most reliable way to get plenty of food for your boars, as it takes about 60 minutes for carrots to regrow rather than the long wait for fresh berries.

Each Carrot grown in the Cultivator will produce 3 Carrot seeds, which means your collection of carrots will only grow exponentially larger until your entire Viking base is overflowing with them. Carrots can be used to initially tame boars and then feed them once you’ve got a farm running. 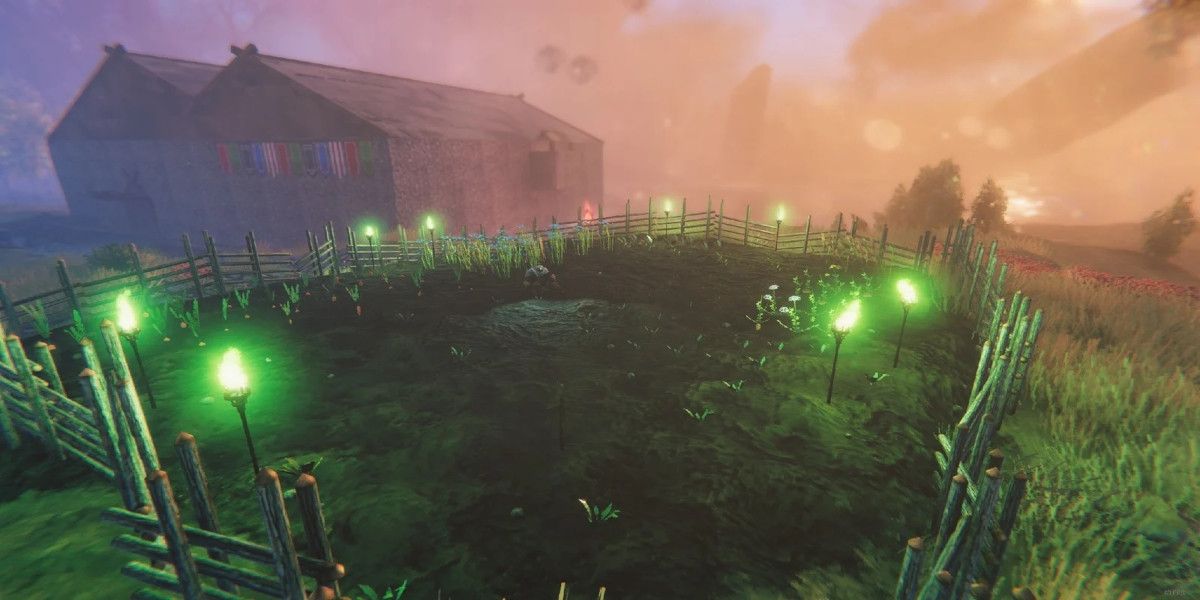 Turnips are grown from Turnip Seeds, found in the Swamp biome. They appear as plants with yellow flowers on top, so keep your eyes peeled for a glint of color in the otherwise drab green swamps. Turnips can be a bit hard to spot in the swamp, regardless.

Turnips can be used to tame boars and create Turnip stew. If turnip seeds are planted in a Cultivator they’ll produce more turnip seeds than you plant, meaning you can start to produce infinite turnips. Wild boars also have a bit of a liking for turnips, so they can be used to lure a boar or tame one in the wild.

NEXT: Valheim: 8 Tips For Recovering Items When You Die 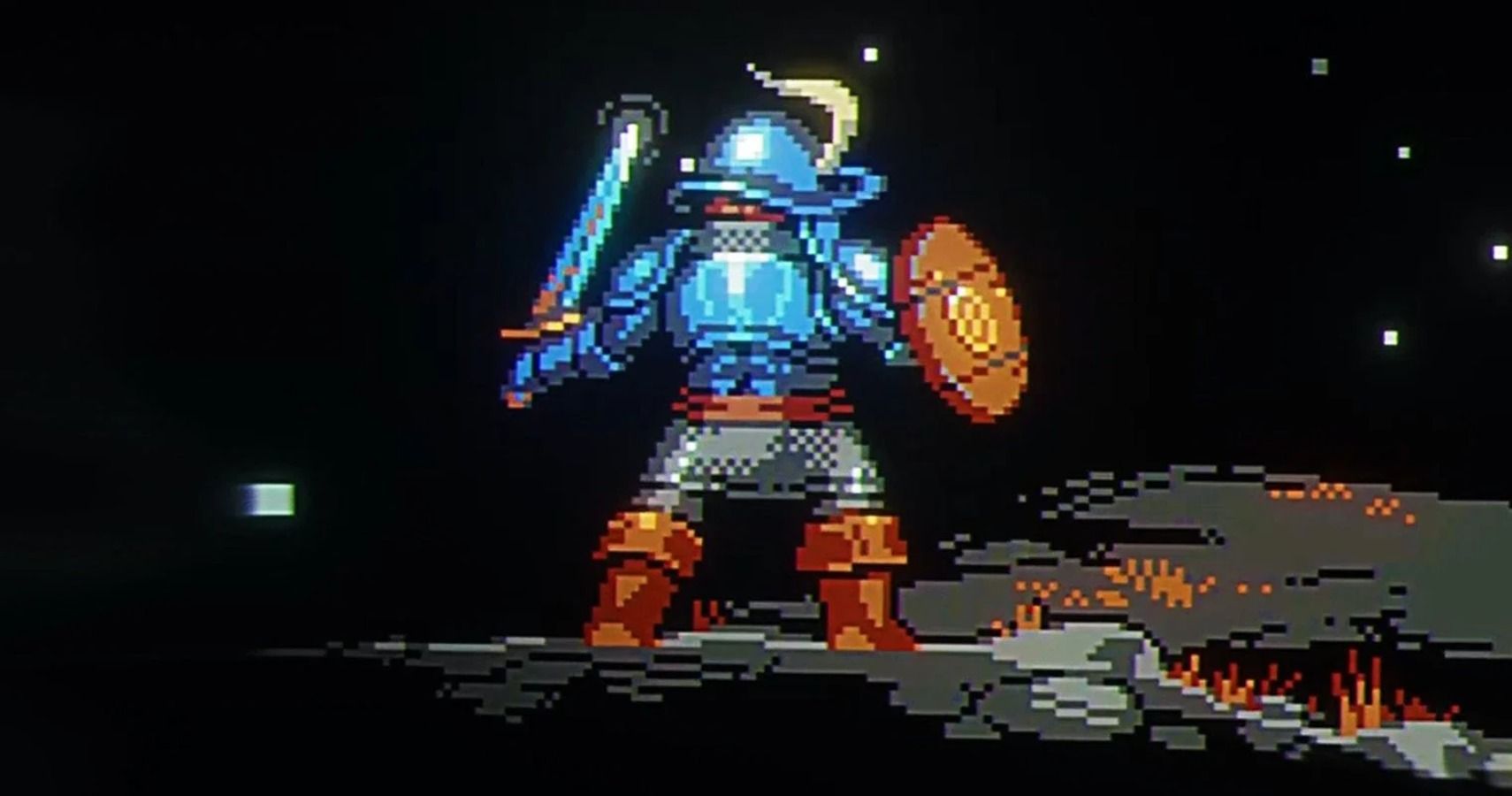