Velocity, a Tel Aviv-based company offering a cloud-powered, “production-like” environment for software developers, today announced that it raised $17 million in series A financing led by Insight Partners with participation from Hetz, Greycroft, and individual investors. The startup says that the proceeds will enable Velocity to create a U.S. office suite and expand its team, particularly on the executive and R&D sides.

As they adopt digitization during the pandemic, companies are experiencing the problem of wanting to develop, test, and debug software in a production-like environment — but lacking the resources to do so. These environments require time to configure, as well as developer effort put toward setting up software libraries and dependencies while configuring access within a shared staging instance.

Velocity, which was founded in 2020 by Kobi Meirson and Tal Kain, aims to enable developers to expedite product delivery with the ability to spin up isolated, production-like environments on-demand. Kain and Meirson — both developers themselves — met in the Israel Defense Force’s 8200 Unit, the directorate responsible for collecting signal intelligence and code decryption. 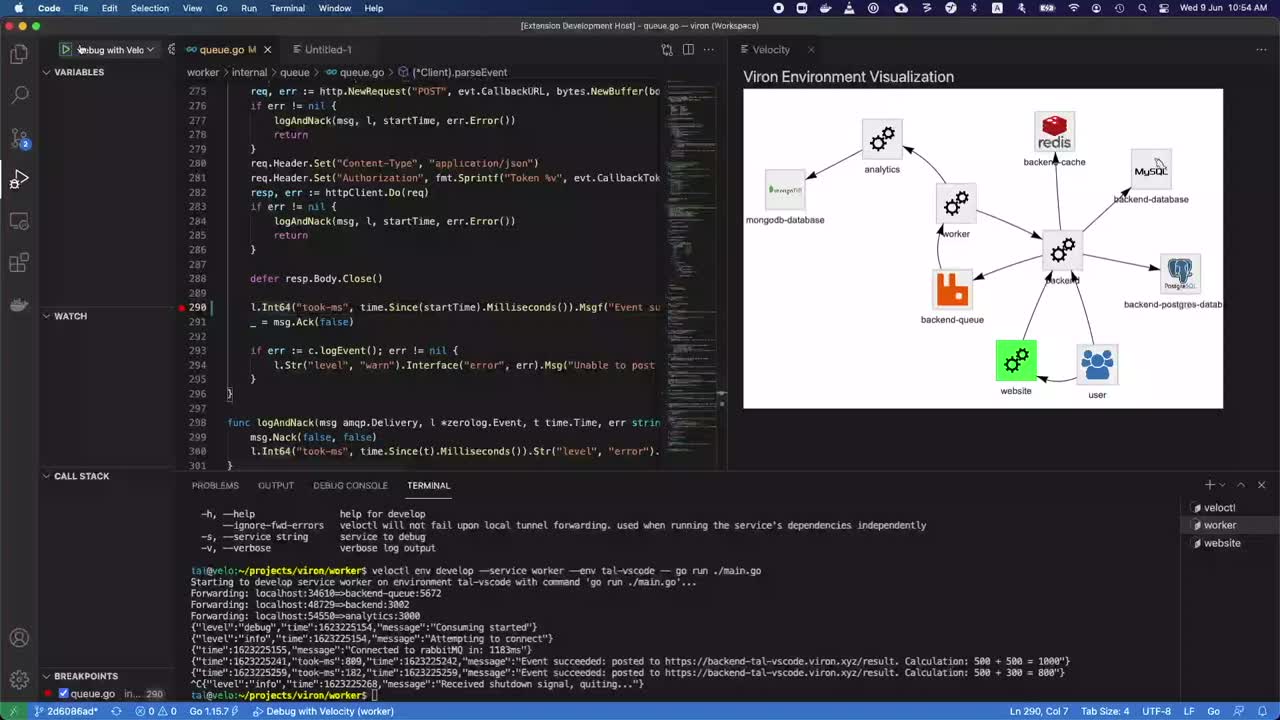 “As developers, we experience a huge pain. Instead of spending time building and developing products that get to customers, we were wasting a quarter of our day managing and maintaining these non-production environments,” Meirson told VentureBeat via email. “After speaking to hundreds of developers, we saw that it wasn’t just us who experienced this pain. We met with multiple companies that started investing months of their DevOps time building their own home-grown solutions, just to be able to work and debug easily.”

Leveraging Velocity, developers can work locally with access to the dependencies that they need in the cloud. (In software development, “dependencies” refer to standalone libraries required by other pieces of software to perform specific tasks.) They’re also able to program across multiple features of an app in parallel or share the features via URLs unique to each environment, leaning on traditional integrated development environments and command-line tools.

As Meirson notes, cloud-based development features like Velocity’s are becoming more desirable as developers increasingly work remotely. A recent survey from Rollbar showed that 41% of developers want to go back to the office when it’s safe to do so, with more than three-fourths saying that face-to-face collaboration with colleagues is what they miss the most about the in-office work dynamic. Depending on the person, fact-to-face collaboration can make walking through coding challenges like bugs easier compared with the videoconferencing alternatives.

“We’ve moved to a world where people are working at home, basically from anywhere, and if you don’t have access to the resources you need, then you won’t be able to work,” Meirson said. “Velocity’s goal is to empower developers to move fast with their work, without being caught in bottlenecks that can prevent getting features to customers. This means our focus is allowing them to be able to work anywhere, with access to all the knowledge and dependencies they need, [which] is very important when we have become more siloed by working remotely in our homes [and] so regular collaboration has become difficult.”

Velocity automatically identifies and maps any changes in real time from source control, continuous integration and continuous deployment, and cloud accounts to configure the Velocity-launched environment’s “dependency graph.” Each environment runs on existing app infrastructure and can be scheduled to ramp down when it goes unused or after a certain period of time elapses.

“Each environment can have a public URL that can be shared with non-engineers so they can browse and see the current status of development,” Meirson explained. “With Velocity, any developer can spin up self-serve, isolated environments with all the right context and relevant data to develop, debug, and work against — without needing to disrupt any other developer. Velocity [also] allows you to get an environment with a future branch of one (or more) components, so you can replicate what will be in production — without having to worry about just deploying it and potentially breaking production.”

Velocity, which recently exited beta, currently has seven customers including StreamElements and workload optimization platform Granulate. When asked, Meirson declined to reveal the startup’s annual recurring revenue and projected revenue. But in anticipation of growth and with $22 million in total capital, 13-employee Velocity plans to nearly double its workforce to 25 by the end of Q1 2022.