We all know that cancer sucks and the best way to fight cancer are with video games. That’s why so many game developers fundraise to find a cure for cancer, and why ostensible personal hygiene company Schick made a mobile game.

Now we’re finding out that video games actually have a medicinal use as well in the fight against cancer. A study out of University La Paz Hospital in Madrid, Spain found that kids playing video games needed less pain medication after their chemo treatment thanks to the curative powers of gaming.

The study, titled “The Association Between Pain Relief Using Video Games and an Increase in Vagal Tone in Children With Cancer: Analytic Observational Study With a Quasi-Experimental Pre/Posttest Methodology,” was published in the Journal of Medical Internet Research a few months ago and is currently the subject of a new movie out on Spanish Netflix.

In the study, 20 children around 11 years old took part in a trial to determine the positive effects of video games on chemo treatment. Doctors compared the clinical records of each child the day before engaging in a 2.3-hour gaming session versus the same records after that session, looking at measurable factors like pupil size, heart rate, self-administered morphine drips, and a self-reported pain scale.

The results showed “statistically significant changes.” On average, the 20 children used 20% less morphine after gaming, didn’t ask for as much additional pain medication and had lower self-reported pain (3.2 versus 4.8 the day before–a drop of 14%). Additionally, each child had a “higher basal parasympathetic tone as measured using the ANI monitor.” 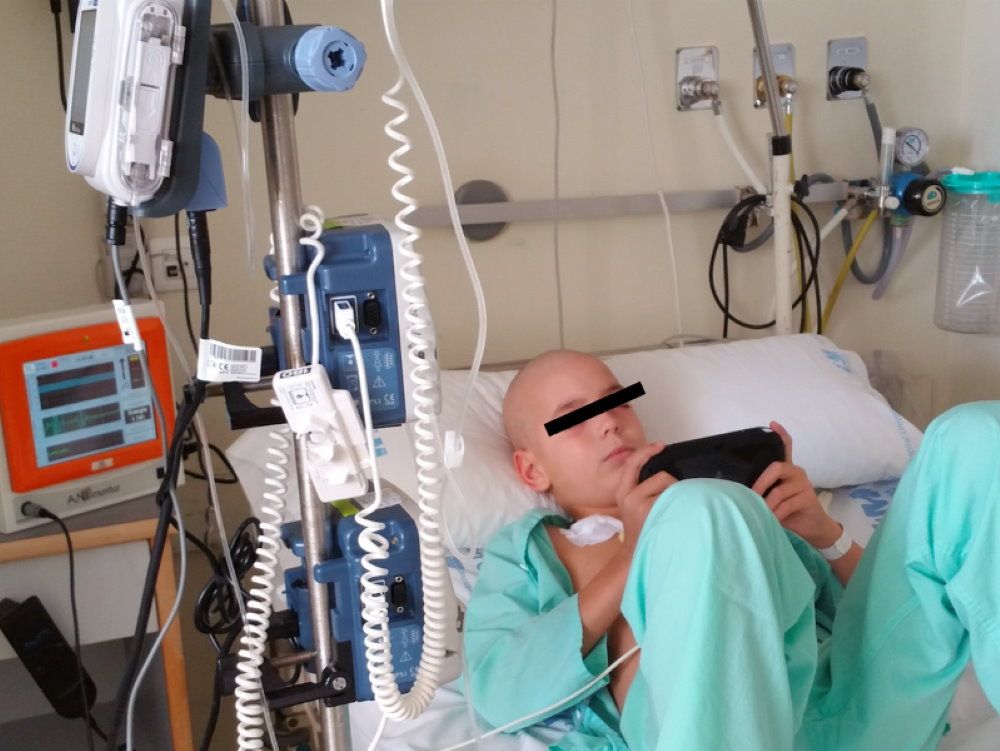 Which is a good thing, according to Dr. Mario Alonso Puig, an associate on the study and honorific trustee of the Juegaterpia Foundation, one of the study’s contributors.

“When a child is engrossed in a game they love, this whole process of generating disturbing thoughts, pain, and anxiety stops,” Puig noted. “Thanks to being fully wrapped up in the game, children activate their parasympathetic system. This second area of the vegetative nervous system has two functions: on the one hand, it favors social interaction; on the other, it helps to keep the internal balance of the organism, the homeostasis, which in turn reduces the wear of other body organs.”