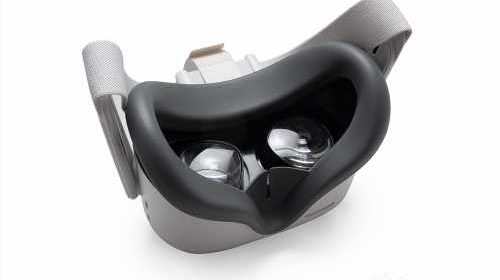 The annual Black Friday sales event may not officially start for a couple more weeks but that doesn’t stop retailers from kicking a few deals off early. And that’s exactly what VR Cover has begun, rolling out loads of discounts across its range of virtual reality (VR) accessories.

VR Cover has a huge range of addon’s for most VR headsets, with Oculus Quest 2 the biggest beneficiary. Out of all the deals, 20 are for the standalone headset, whilst there are also discounts to be had on accessories for the original Quest, Oculus Rift, HTC Vive, Valve Index, and Windows Mixed Reality devices including the HP RTeverb G2.

None of VR Covers’ prices are overly expensive so the discounts aren’t huge but it’s worth a gander if you’re after a few bits. For Oculus Quest 2 owners some of the best deals can be found on the Controller Grips or the Facial Interface & Foam Replacement Set, both of which are down from €29/$29 to €20.30/$20.30. Or then there are the Silicone Covers in various colours currently retailing for €8.10/$8.10. VRFocus reviewed a few of these accessories and found most to be of a decent quality.

They may all be dubbed Black Friday deals but as they go through until 3rd December 2021 it’s more of a discount month.

Hopefully, there will be plenty of VR Black Friday deals this year with the Oculus website already suggesting signing up to be notified. An offer is already available: “beat the rush and buy a Quest 2 today and get £10 off of a Quest 2 Elite Strap With Battery,” but is it worth holding off?

As more VR Black Friday deals are announced in the coming weeks, VRFocus will let you know.