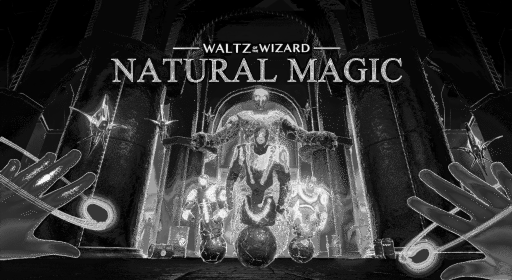 The Natural Magic expansion is available now for Waltz of the Wizard on Oculus Quest and SteamVR.

According to Aldin Dynamics, the Natural Magic expansion uses a new “magic physics engine” that leverages “natural movements, gestures and mic input” to simulate magic actions that manipulate the environment and cast spells:

The foundation of Natural Magic is built upon a unique magic physics engine that’s entirely new to VR, where magic is conjured and controlled through natural movement as if it were real. Venture into a 40-level fortress to recover lost artifacts from beings that harness magic to control time and space – or discover strange oddities and secrets in a friendly wizard tower and mysterious courtyard.

Natural Magic is not the end of the road for Waltz of the Wizard content either — Aldin Dynamics says it is still working on “new technologies, content and features” for the game that will be released as an update in a similar fashion to Natural Magic.

Last year, Waltz of the Wizard added support for hand tracking on Oculus Quest, including a movement system that let you travel across large distances by pointing where you want to go. The game has seen excellent results on the Quest platform overall, with a one-day sale with a 20 percent discounted resulting in record sales for the studio.

The Natural Magic update is available now for Waltz of the Wizard on Quest and SteamVR.