A couple of weeks ago I told you all that I was all done with my Gamescom coverage, but that was a dirty rotten lie. Flagrant false advertising is what it was. My real final Gamescom article is all about War Paws, which is set to be officially revealed today, hence allowing me to finally conclude my work on Gamescom for another year. War Paws is an RTS strategy game published by Fulqrum, taking on the oldest war in the history of creation – cats versus dogs.

There's no Alec Baldwin phoning it in, but War Paws has the same slapstick comedy stylings as the classic Cats Vs Dogs movie. It's still an RTS game with the usual tactical team building and strategic unit placements to capture key areas of the map, but it's prepared to be a little silly with the genre’s usual tropes. Each breed has their own personality which comes through in the roles they take up in the army, as well as in brief bursts of on screen dialogue.

The devs described the game as parodying several war movies (as well as the tropey feel of war movies in general), while incorporating the cartoonish violence of Itchy & Scratchy or Tom & Jerry, which Itchy & Scratchy drew inspiration from originally. It’s clear from the gameplay I saw that under the hood this is a tried and tested RTS game that you can reliably have fun with, but in War Paws there's a lot of extra trimmings that make for a more enjoyable experience that makes you chuckle more than you would expect from the typically dry and straightlaced genre. 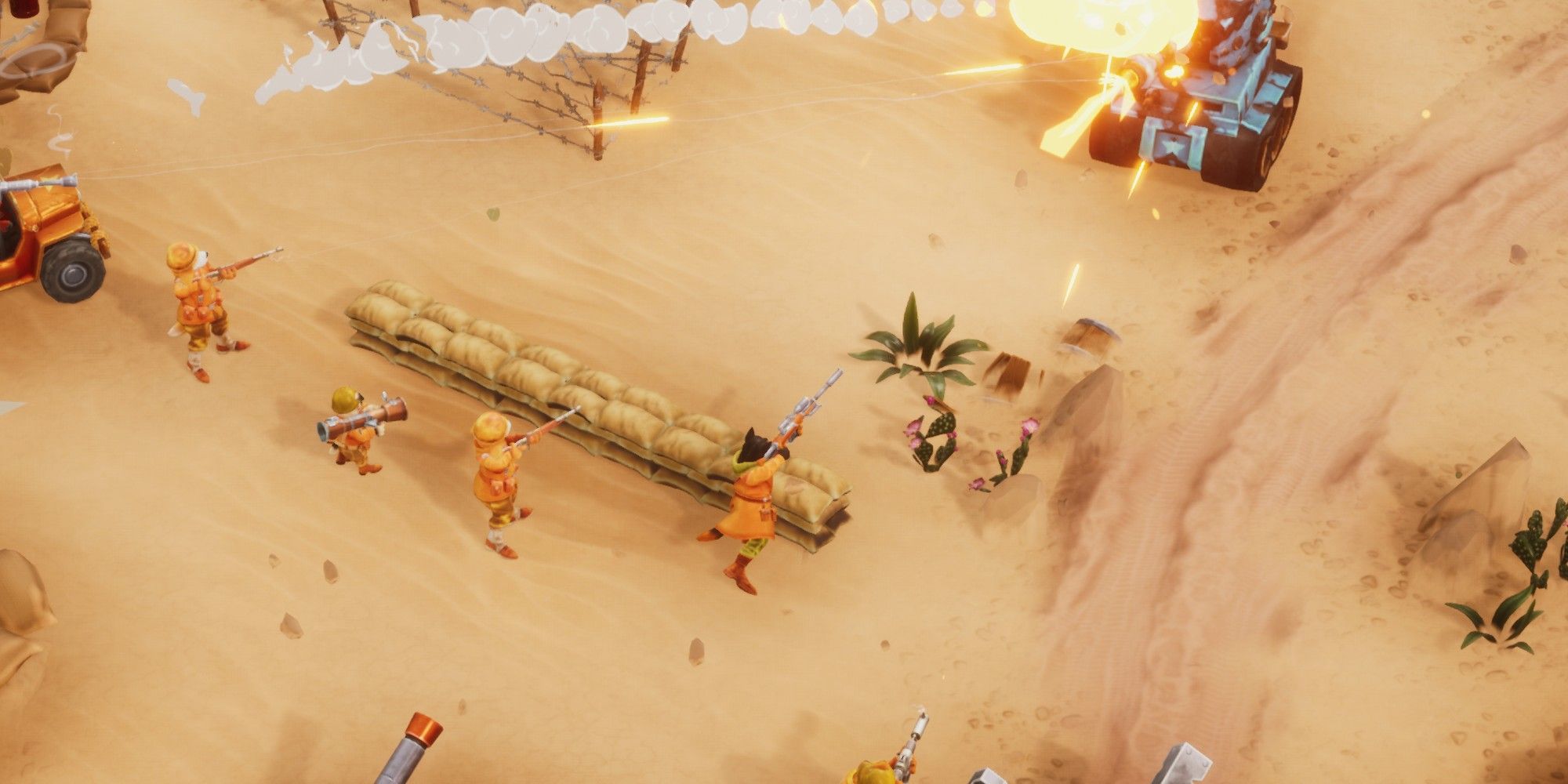 A major problem I have with the preview is that we were told the difficulty still needed to be tampered with, and indeed even the dev playing it needed to apply some on the fly dev cheats to show us everything on offer. It's natural in a preview build that things aren't quite finished (we also only saw one map in full, with snippets of others), but the overall tone of War Paws is very casual, yet RTS games tend to be more hardcore. How difficult the game is might be a dictating factor in where it finds its audience, and on that I have no clue.

Still, just because it has a better sense of humour than most of the self-serious RTS' out there doesn't mean it can't be for the more hardcore fans. I saw a lot of RTS games at Gamescom, both for appointments and just walking around the floor, and War Paws was by far the most unique of the lot. Cats versus dogs is already a good idea, but it leans fully into the comedy and gets a lot out of each of its settings. In the tropical map, staying on a bridge for too long will lead to a shark jumping out and attacking you. In the city, a train will pop up and run you over. Desert and tundra levels have their own hazards to uncover too, which will keep you on your toes (or is that paws?) throughout. 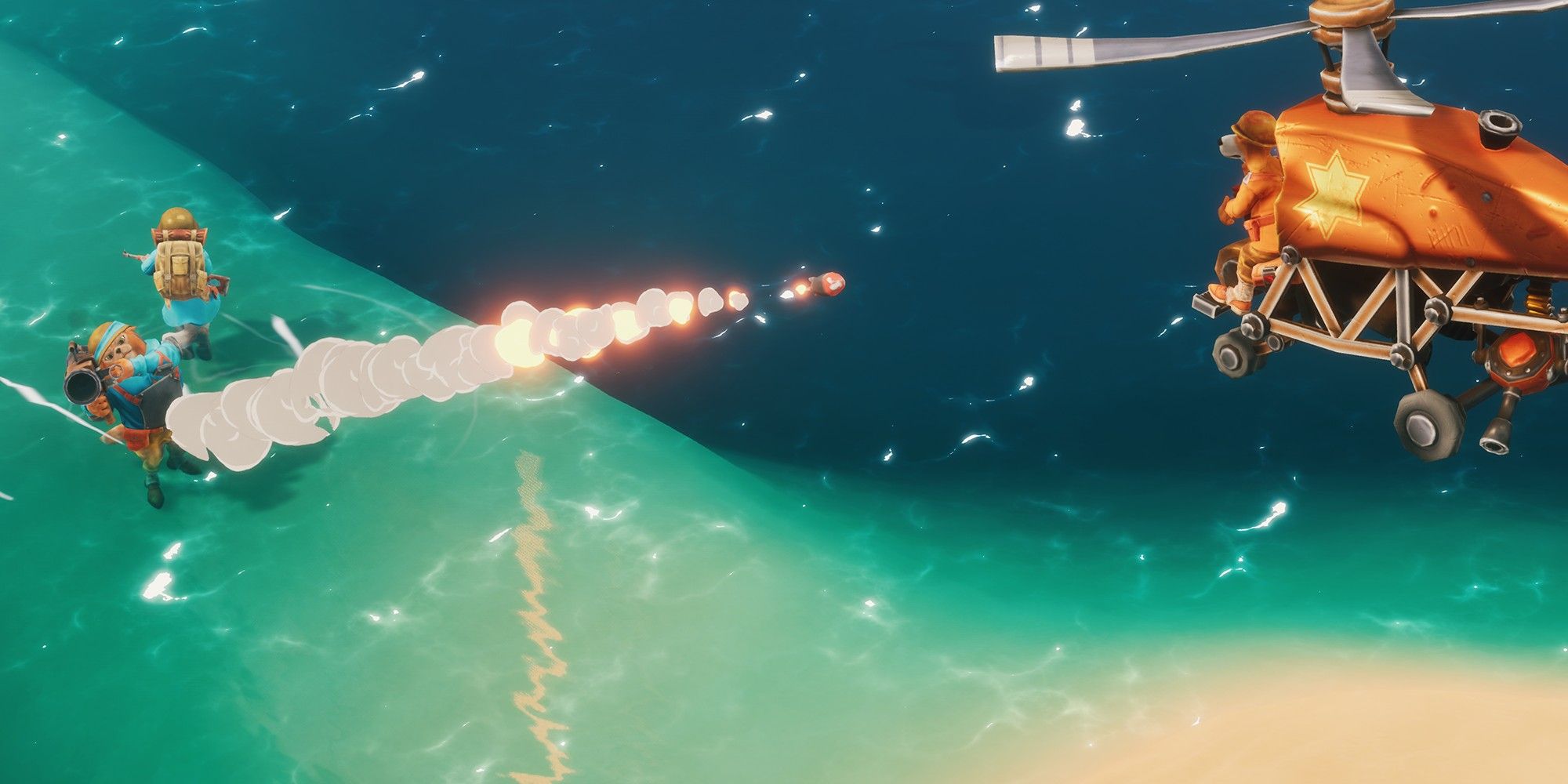 One of the most recurring phrases the devs told me during the preview was that "they don't make 'em like they used to," with War Paws aiming to capture the '90s feel of the RTS, with a sense of humour that makes it more approachable. I still think it's hard to judge it fully with no real idea of its difficulty and for who it might therefore appeal to, but most RTS games slide right on by, and War Paws has done enough to earn my interest.