After last year's story quest The New War, Warframe returns once again showing a new side on a well-known piece of Tenno history, with the return of (a second?) spaceship Zariman Ten Zero from the Void. Ruined and adrift, your former home now is full of mysteries to uncover in a new amazing quest.

Introducing a new Syndicate, several game modes, aesthetic improvements, and a brand-new tileset, here's everything you need to know to complete the quest Angels of The Zariman.

Angels Of The Zariman – Pre-Requisites 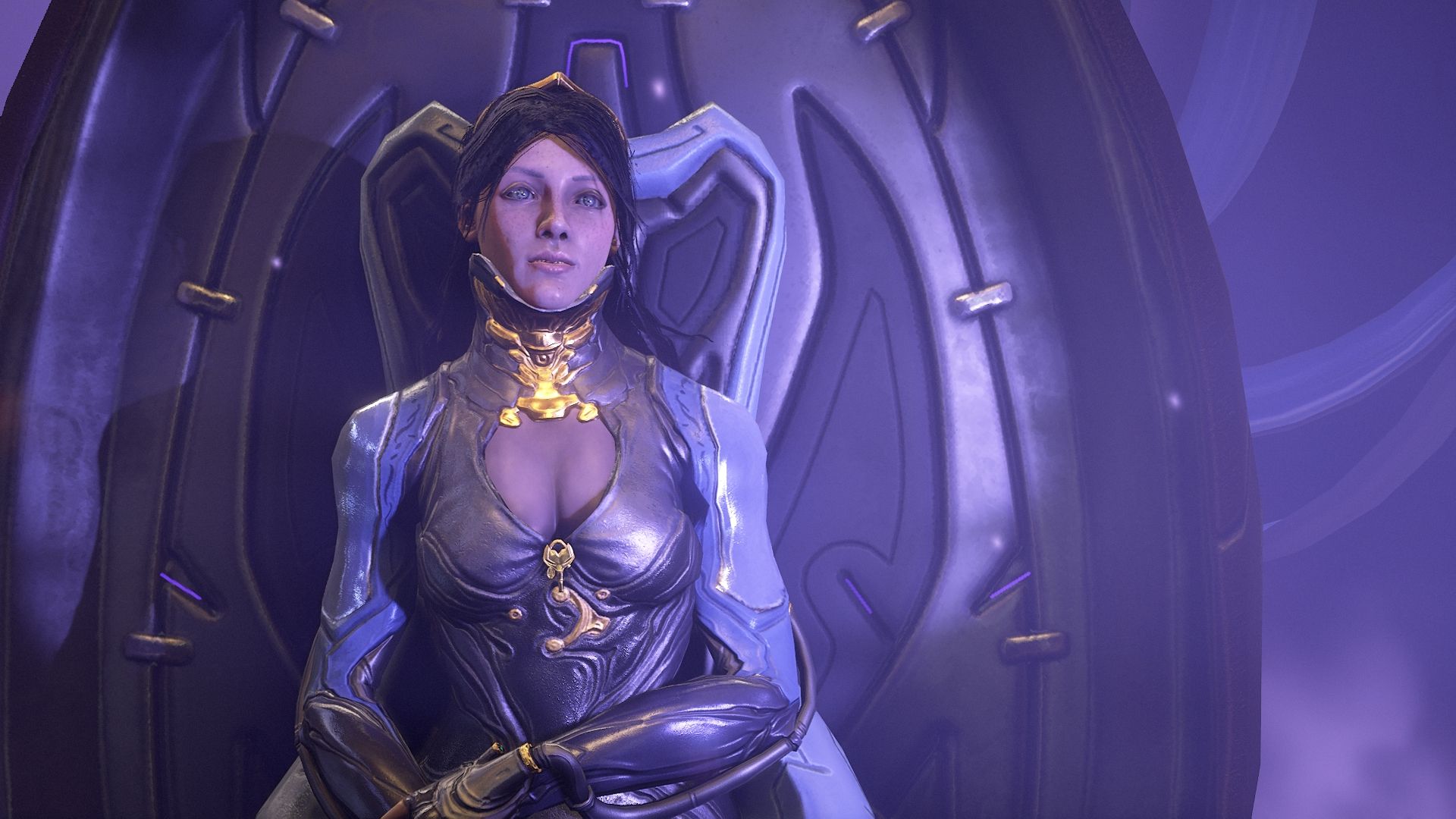 To play this quest, you have to be up to date with the story, that is, having completed The New War. Once you're done with that, you must go to your Codex and select "Begin Quest" in the Quest menu. A cutscene will trigger, showing up the Zariman Ten Zero re-appearing once again from the Void and sending a transmission across the Origin System, after which the Lotus will send you to investigate. 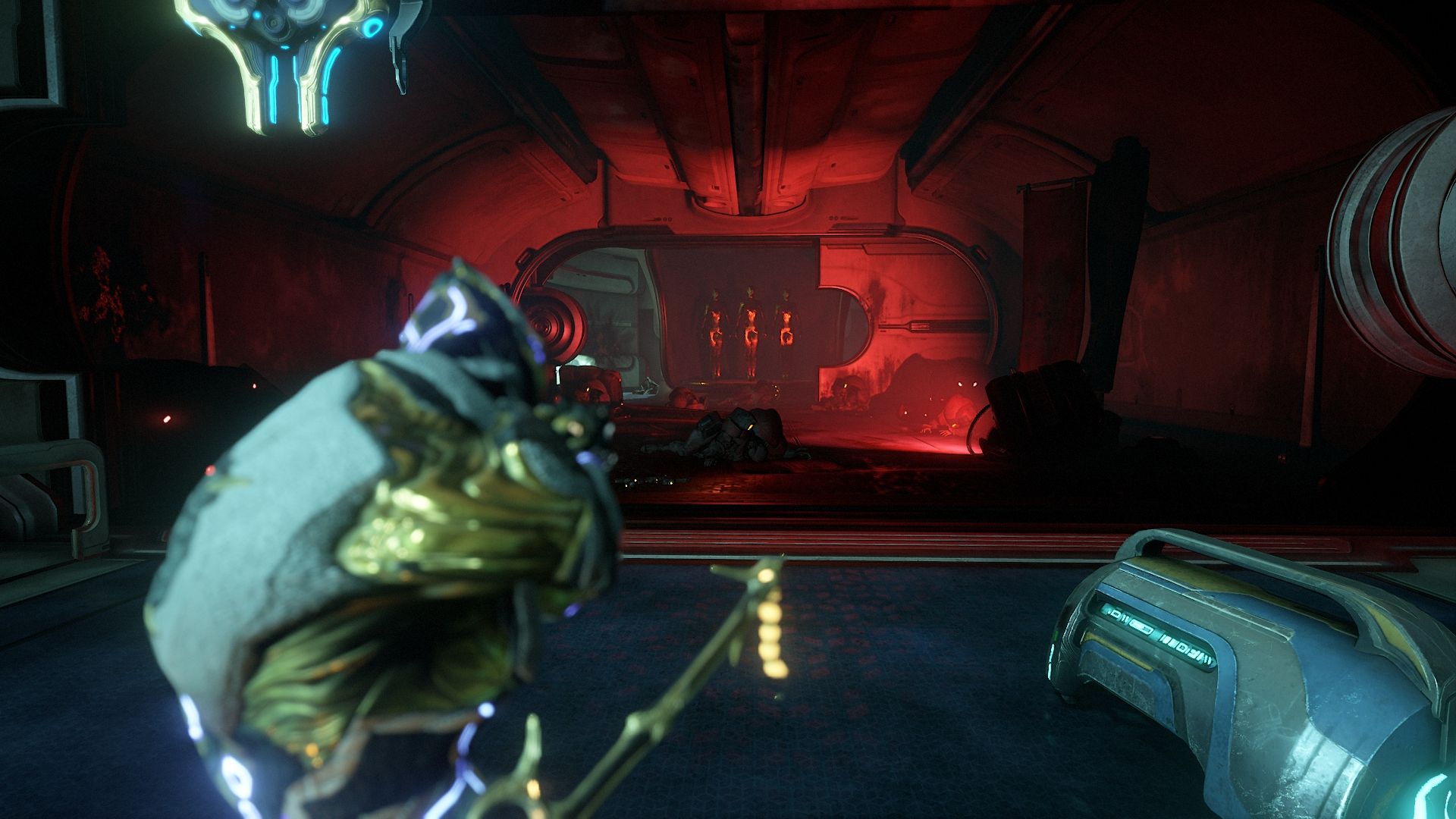 Once aboard the Zariman Ten Zero, you will lose contact with Lotus, meaning that you're alone to fend off the several Grineer squads scouting the place. As you advance through the spaceship defeating Grineer units you will reach a zone where you will get expelled from your warframe, and a mysterious creature will show up and use a sonic scream that will knock you out.

You will wake up in your old room of the Zariman, where you once confronted the Drifter during The New War. Waiting for you will be what's left of the adult crew aboard the Zariman, now called the Holdfasts. They will explain to you that Kira, one of their group, is now a Void Angel, the monstrous creature that defeated you before now twisted by the influence of the Song, a form of Void energy that's also slowly transforming the rest of the crew.

After asking you for help, their leader Quinn urges you to take care of a Void Cascade occurring nearby. 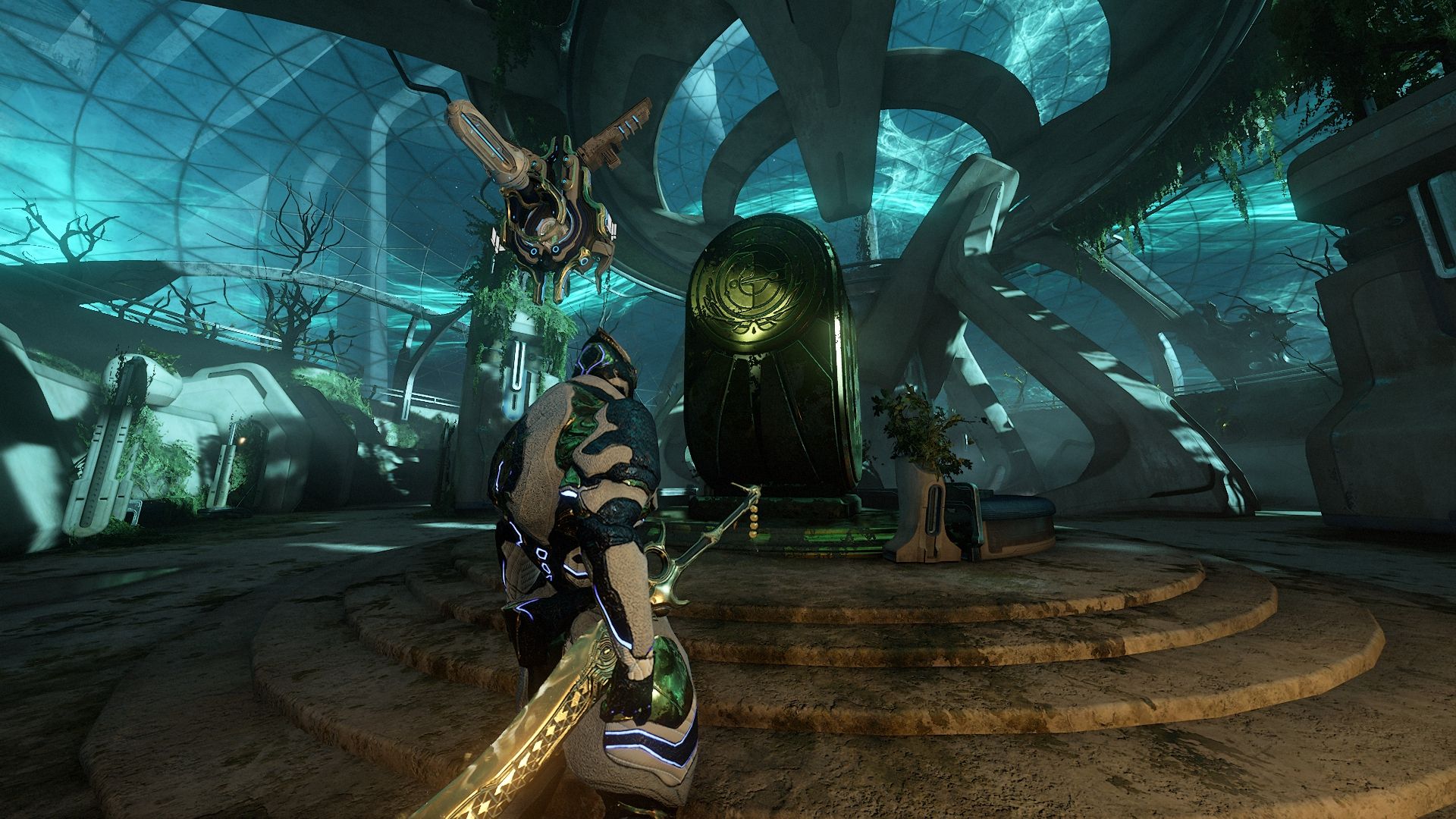 The first of the new modes introduced in this update, Void Cascade will require you to familiarize with the changes on your Operator. Hombask will talk to you to explain how the new mode works and give you a quick tutorial through this part of the story. In case you need a refresher, this is how Void Cascade works:

Once you successfully purge four Exolizers, you will be able to extract and go back to the Chrysalith. 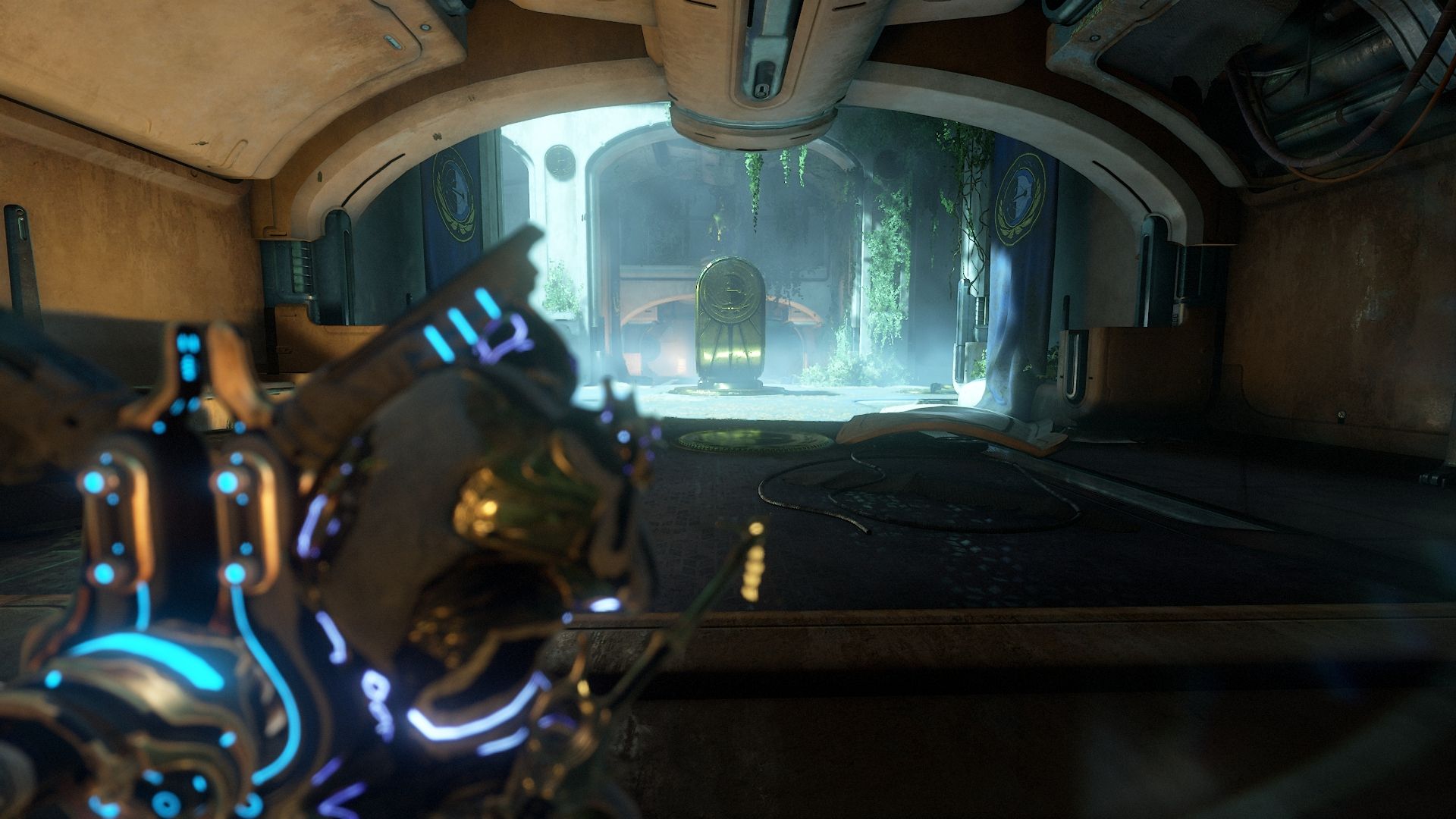 Back on the Chrysalith, Quinn will show up more signs of corruption by the Song and insist on that you should claim the Zariman as its rightful owner. However, before you can double down on your negative, a new crisis will afloat and you need to play the second new game mode, called Void Flood. Another member of the Holdfasts, Archimedian Yonta, will contact you and give you specific instructions on how to proceed through the Void Flood, as follows:

After this is done, you will be able to extract and go back to the Chrysalis. 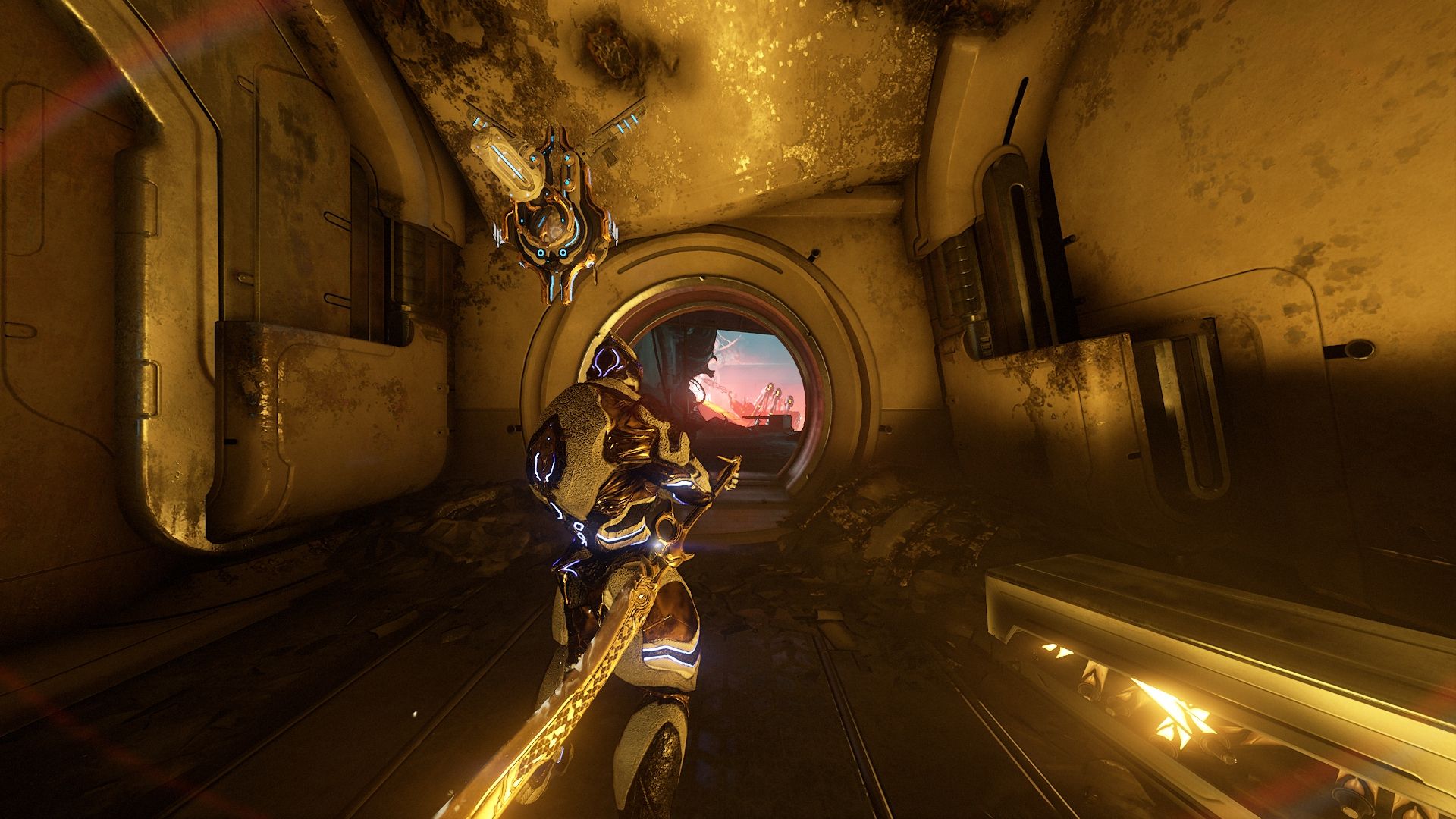 As you arrive back into the Chrysalis, Quinn will tell you that the idiot Grineer squads are wreaking havoc by attacking the Reliquary Drive, and the Void Angel is being attracted to it. This time the Holdfast Cavalero will give you the tutorial to the next game mode, Void Armaggeddon. This mode will be separated into two phases:

The first phase of this mode is basically a Tower Defense mode, you must protect two Exodampers by installing multiple weapons at specific points on the map. To build the weapons you must obtain a substance called Argozene, dropped by the incoming enemies and also obtainable across the map, in certain loot boxes. Once you collected enough Argozene, you can build the following armaments:

After you successfully defended the Exodampers, the next phase of the fight will begin.

Once you're done with phase 1, Kira will show up in the mission and you must defeat her in combat. The Void Angel will have two HP bars, and after the first one is defeated she will spawn a huge sphere you can jump in, to be transported to her own pocket dimension, the Void Realm.

During this fight, you will only be able to fight as the Operator/Drifter, and you must shoot the Void Angel until she releases two golden balls. To destroy them, you can use the Void Sling move to make her vulnerable again to your attacks, and once you defeat her in the Void Realm, you will be able to kill her once and for all. After finishing, Lotus will regain communication with you and ask what's going on. 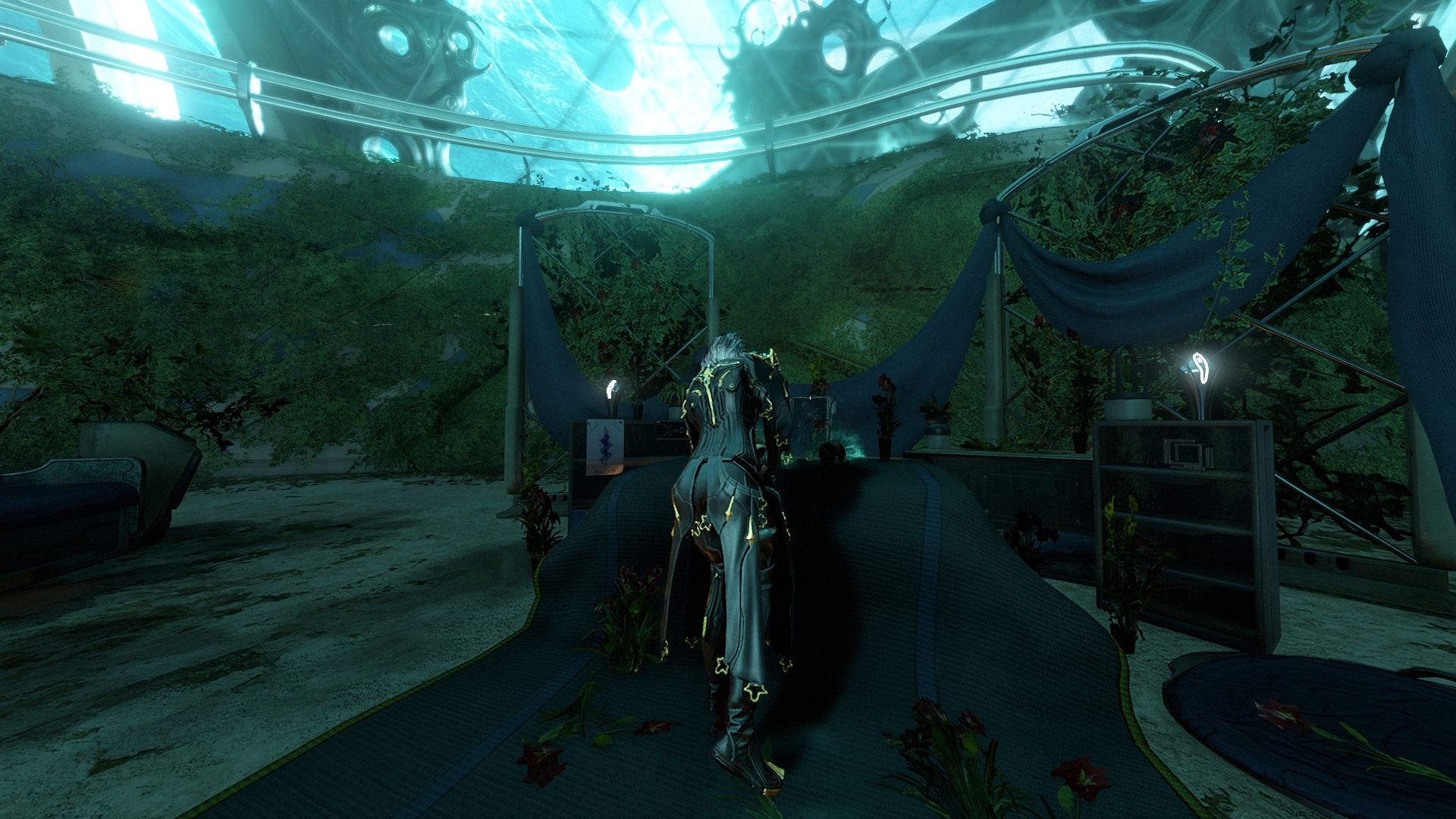 Go back inside the ship to find that the crew has survived, now sitting around different parts of the Zariman. Similar to Deimos, Fortuna, and Cetus, the Zariman is now a hub for players to visit, obtain new items, and embark on new missions. A quick cutscene will play, and after that, your new home is yours to explore, with some particular additions.

The surviving crew of the Zariman will now be available as a syndicate, and you will be able to level up your Standing with them, having access to new Weapons, Arcanes, and various Decorations with each new Rank.

You will obtain a new customizable hub zone called the Dormizone, where you wake up at the beginning of the quest. You can decorate and unlock more rooms in it, and your Companion of choice would also show up chilling around.