Warzone Bug Is Kicking Players For Inactivity Whilst They’re Playing

Just over a year after its release, Call of Duty: Warzone continues to offer its players some bizarre, sometimes even game-breaking glitches. One of the latest issues which some players have stumbled across is probably one of the most frustrating thus far.

It seems that some people have been booted out of their matches due to inactivity, which wouldn’t be so weird if they were actually being inactive. This has been reported by players who were moving around and playing actively in their match. 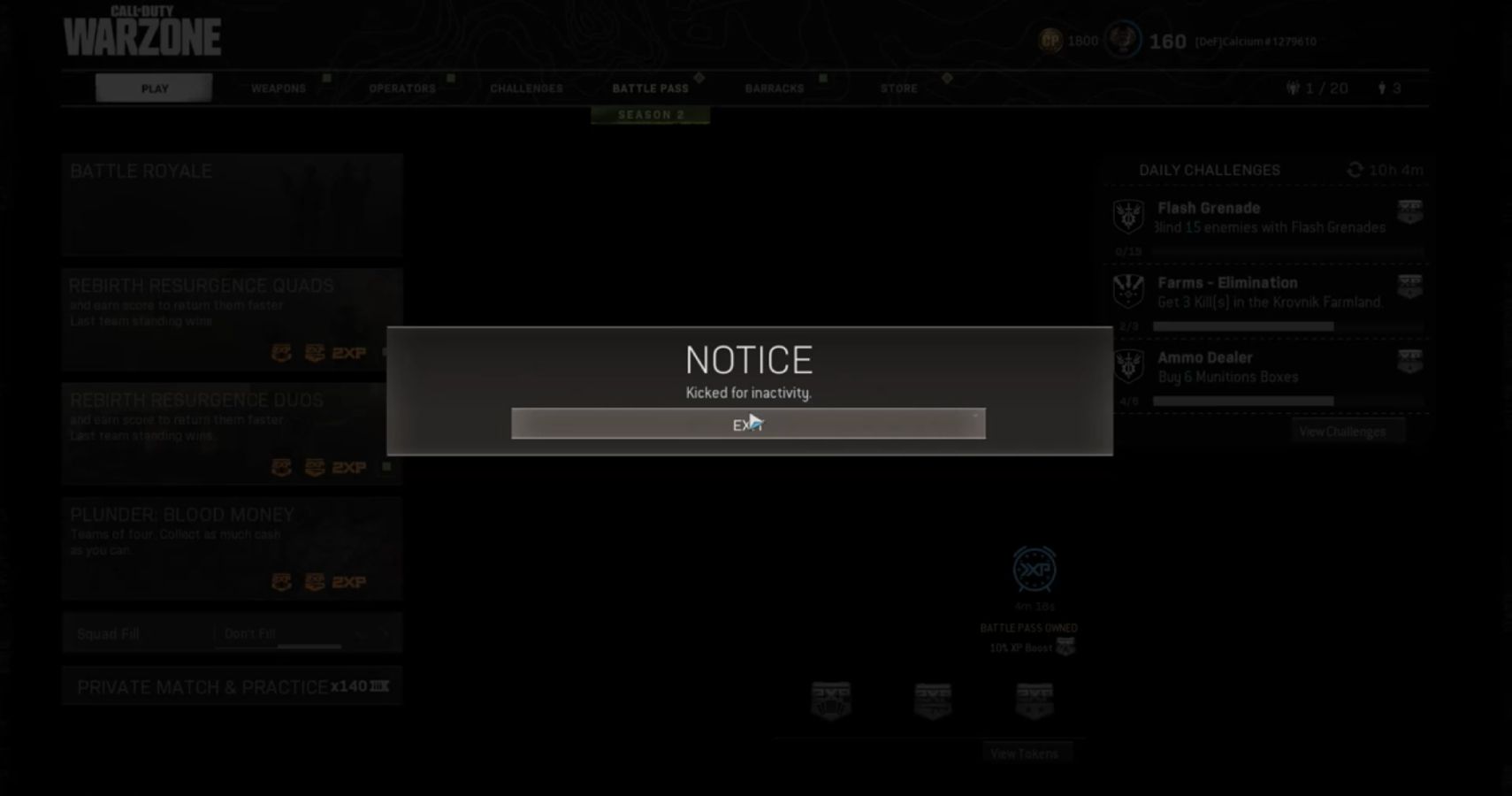 Inactivity timers are in multiplayer games for a good reason, so as to kick players out who are idle and not actually playing, so they don’t unfairly clog up the game’s lobbies. It also acts as incentive not to camp during matches. Usually, though, executing any actions in a match will reset your own inactivity timer and let you carry on playing happily. But in this case, some Warzone players are being kicked out back to the login screen no matter what actions they perform.

A video showcasing this annoying bug was posted by Reddit user u/ImCalcium yesterday, who demonstrates that despite performing clear movements they were still sent back to the login screen. A notice pops up reading “Kicked for inactivity.”

The comment section under this post is filled with others sharing similar tales of the glitch, some of which involved being kicked out at the worst possible moments. “We were pinned down by two snipers. Then my partner gets booted,” one other Redditor writes.

At this point, Warzone developer Raven Software has not yet commented on this particular glitch, but no doubt they’ve already been informed of it. Their Twitter feed is updated regularly with links to the Black Ops Cold War and Warzone Trello board, which gives some insight into which issues are known and being addressed in the two games. Hopefully the bug will pop up on that Trello board soon.