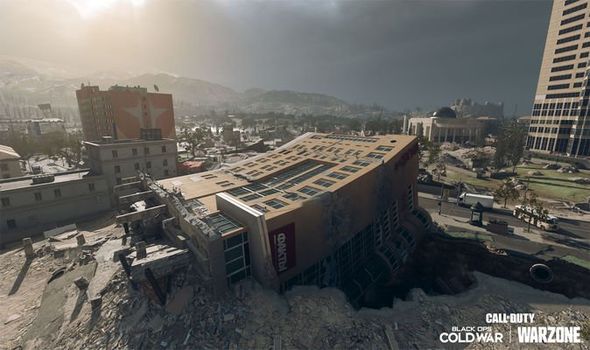 Call of Duty Warzone is getting updated with fresh Season 6 content, and it won’t be long before the countdown ends, and COD fans can start exploring the changes made to Verdansk.

And unlike with other patches, Activision has already revealed much of what is being tweaked.

First of all, gamers will get to wield a new range of weapons which will be slowly added via Black Ops: Cold War.

But the more immediate changes will be those made to the current Call of Duty Warzone map.

Verdansk is going to be shaken up with new points of interest that are based around existing locations.

Much like when the satellites crashed into the map, there will be more debris strewn around and places to explore.

WWII-era bunkers are set to rise to the surface through the use of fissures around Verdansk.

What players will find inside is anyone’s guess, but it’s going to be connected to the new map being launched that is based on Call of Duty Vanguard.

And as both games are going to be integrated, there is even a slim chance we could get a sneak peek at some of the new weaponry or items coming our way.

WHAT IS THE CALL OF DUTY WARZONE SEASON 6 UPDATE TIME?

Activision has confirmed that Call of Duty Cold War and Warzone Season 6 will start at around 5am BST, on Thursday, October 7.

Warzone will receive its new update at the same time, meaning after it has been installed you’ll be able to jump back in.

A message from Activision explains: “As seismic charges are triggered in WWII-era bunkers containing stockpiles of decommissioned German bombs, the stage is set for the final showdown.

Here’s what Activision has revealed about the new points of interest coming to the Call of Duty Warzone Verdansk map during Season 6:

Hidden beneath Verdansk’s surface — long before the “original Verdansk bunkers” you may have explored previously — was an underground system of passageways and armaments rooms. These old German war bunkers have been barricaded off since the war’s end.

After Adler discovered the existence of these relics from a bygone era, he drilled down through the surface to plant seismic charges to set off a greater explosion. Their mysterious nature hints at what will come following Vanguard’s launch…

Old Verdansk Stadium is wrecked due to the man-made earthquake, which sent the cranes towering above down onto the construction zone and soccer pitch. Fortunately, a new stadium was already planned for the site, but for now in ’84, expect greater maneuverability across all levels of this location, including within the cracks of the earth.

Southwest of the Stadium, Downtown is a chaotic mess as buildings topple into the fissure. Reports from the ground indicate a marquee Hotel and several buildings in the vicinity have been destroyed in the blasts. For Tier One Operators, expect less verticality in this notorious part of town, as well as some additional areas to explore.