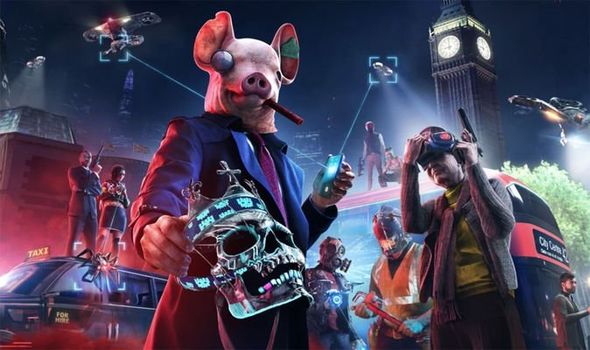 If you’ve got a PS5, PS4, Xbox Series X or Xbox One, then you should immediately go ahead and download Watch Dogs Legion.

Ubisoft’s high-profile open-world hacking game is available as a free download for a limited time.

The Watch Dogs Legion free weekend begins on March 25, and runs all the way until March 28 at 2pm UK time.

According to Ubisoft, fans can play the single-player campaign up until the end of the Skye Larsen’s Op Line mission.

The Watch Dogs Legion online multiplayer mode is also available, although players aren’t able to play the Tactical Op mode on their own.

“However, if a player that owns the full version of Watch Dogs: Legion invites a Free Trial player, both players can join the Tactical Op,” Ubisoft confirms.

“Note that the player who owns the full version of the game must be the host.”

The only other drawback is that players must have a PS Plus or Xbox Gold subscription to access online multiplayer in Watch Dogs Legion, even with the trial version.

If you enjoy the game and decide to nab the full version of Watch Dogs Legion, all progress will carry over to the paid release.

Furthermore, you can pick up the game at a heavily discounted price for a limited time.

Watch Dogs Legion – which launched around the same time as the PS5 and Xbox Series X – is down to just £29.99 on both platforms.

PlayStation fans can also pick up the Watch Dogs Legion season pass at a discounted price.

If you’re reading this before the free weekend begins, you can go ahead and pre-load Watch Dogs Legion ready for the start of the event. It’s probably worth doing this asap, because Watch Dogs Legion is a pretty substantial game, particularly on PS5 and Xbox Series X.

In case Watch Dogs Legion passed you by at launch, the Ubisoft developed game is an open-world action adventure, not too dissimilar to something like GTA.

Watch Dogs Legion manages to stand out from the pack by introducing a recruitment system that lets you switch between characters.

Unlike other open-world action games like Grand Theft Auto, Watch Dogs Legion also gives players a number of hacking tools to use throughout the environment.

Your characters can use these hacking tools to manipulate electrical items, hack into CCTV cameras, steal money and generally cause chaos.

“Build a resistance from virtually anyone you see as you hack, infiltrate, and fight to take back a near-future London that is facing its downfall. Welcome to the Resistance,” reads the official description.

“Recruit and play as anyone in the city. Everyone you see has a unique backstory, personality, and skill set. Hack armed drones, deploy spider-bots, and take down enemies using an Augmented Reality Cloak.”

The game also takes place in a fictionalised version of London, complete with landmarks such as Buckingham Palace, Big Ben and The London Eye.