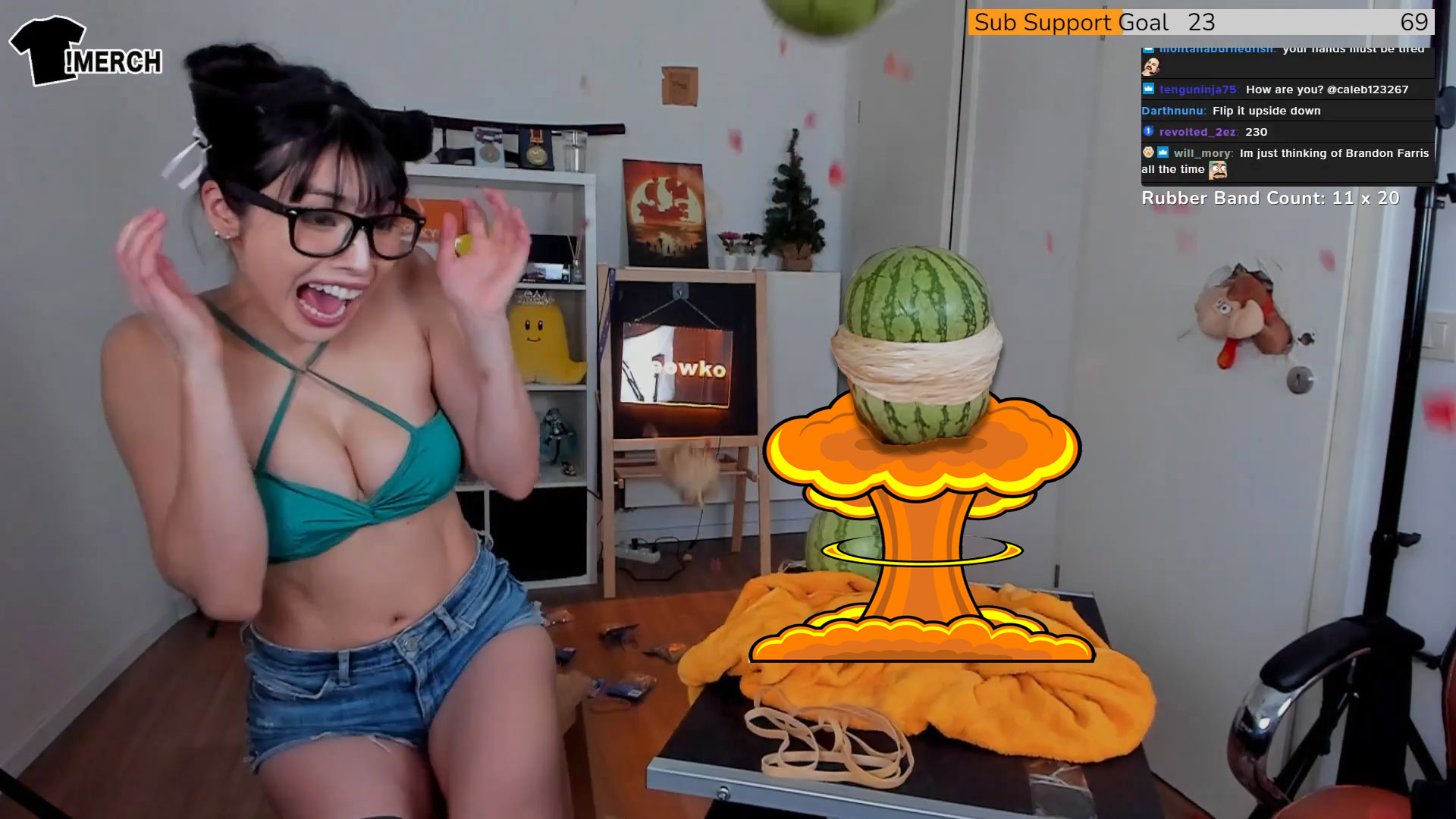 A watermelon explosion scared the pants off Twitch streamer Meowko while she was live – and yes, that’s a real thing that actually happened.

Japanese variety streamer Meowko first opened her channel in 2018 and has since gathered over a quarter of a million followers.

In one of her recent streams, she decided to start adding rubber bands around a watermelon while chatting with viewers, like the viral TikTok challenge suggests.

The first few rubber bands didn’t make any difference, so Meowko kept adding them around the fruit until tension started to build up.

The determined streamer managed to stack over 220 rubber bands before the watermelon appeared to struggle under the pressure and started leaking juice.

Meowko even complained that her hands started to get tired after stacking rubber bands for hours and hours and suddenly… BOOM!

The watermelon exploded, not only cutting her broadcast short but also ruining some of her streaming equipment and leaving her covered in bits.

Soon after Meowko posted on Twitter to reassure fans that she was alright, but one piece of hardware wasn’t as lucky as her.

She said that the explosion ‘killed’ her PC and, looking at the mess the incident caused, she added that she won’t do a similar challenge in her room ever again.

The incident is reminiscent of the time Amouranth’s hot tub exploded, ruining her recording studio, although other live incidents have been even scarier.

Not long ago, an Italian streamer and his group of friends were left terrified by a gun going off six times.

In an even more awkward situation, another streamer was banned from Twitch for seemingly going to town with her partner during a late-night stream. So going viral does come at a price… sometimes.