We Should All Be Excited For Valiant Hearts 2

Valiant Hearts: The Great War is a fiercely underrated gem from Ubisoft. Arriving during the eighth generation of consolesas a precursor to similar projects like Grow Home and Child of Light, this artistic retelling of the First World War remains a touching yet charming tribute to all those who lost their lives fighting for a better world.

Before Ubisoft was pumping out live-service juggernauts then killing them off instantly, it was once capable of so much more, and now one of those forgotten darlings is set to receive a sequel in the form of Valiant Hearts 2. With any luck, it will be just as special.

This was before the time of Battlefield 1, and also ahead of indie titles that sought to explore one of history’s more infamous conflicts in greater detail. I remember its reveal coming as a surprise, and how the studio behind Rayman Legends was setting to work on a side-scrolling puzzle platformer using real world history as a basis for its world instead of a familiar fantasy locale. I was unsure, but also so damn excited about this team being given a truly original project to make their mark upon. The end result was incredible, but few people played it.

At the time its perspective was rather sobering and morally neutral in how it depicted the war. While the greater powers were fighting for a singular cause, many of those on the ground were simply abiding by a sense of duty and doing all they could to provide for their families in the midst of war. Emile is a Frenchman who finds himself fighting on the front lines in spite of his personal feelings, hoping to rekindle a relationship with his daughter once the war has finally concluded. His son-in-law Karl fights for the Germans, but abandons his post in a desperate bid to return home before it’s too late. Anna is a nurse who must rise above her station to heal the wounded and save her country, even if it means going against everything expected of her. Finally, there’s Freddie, an American soldier with a clichéd, gruff exterior hiding away a heart of gold. All these stories are framed by a lone canine who can sneak into hard-to-reach areas and solve otherwise impossible puzzles as we pray it isn’t murdered as part of a super elaborate cutscene.

Valiant Hearts is a rather simple puzzle platformer on the surface, but is filled with so much imagination, history, and emotion that you can’t help but fall in love with it. Aside from the occasional bout of narration and real-life diaries found across each level, characters only speak in random noises and grunts. We don’t know what they’re saying or even what their core motivation might be, but Ubisoft Montpellier depicts the experience in such a way that we never need to. Without words being spoken, the gravity of this conflict and circumstances behind each individual story are clear to see. We root for their survival and pray for their victory, hoping that this pointless war will lead to a climax where everyone makes it home. 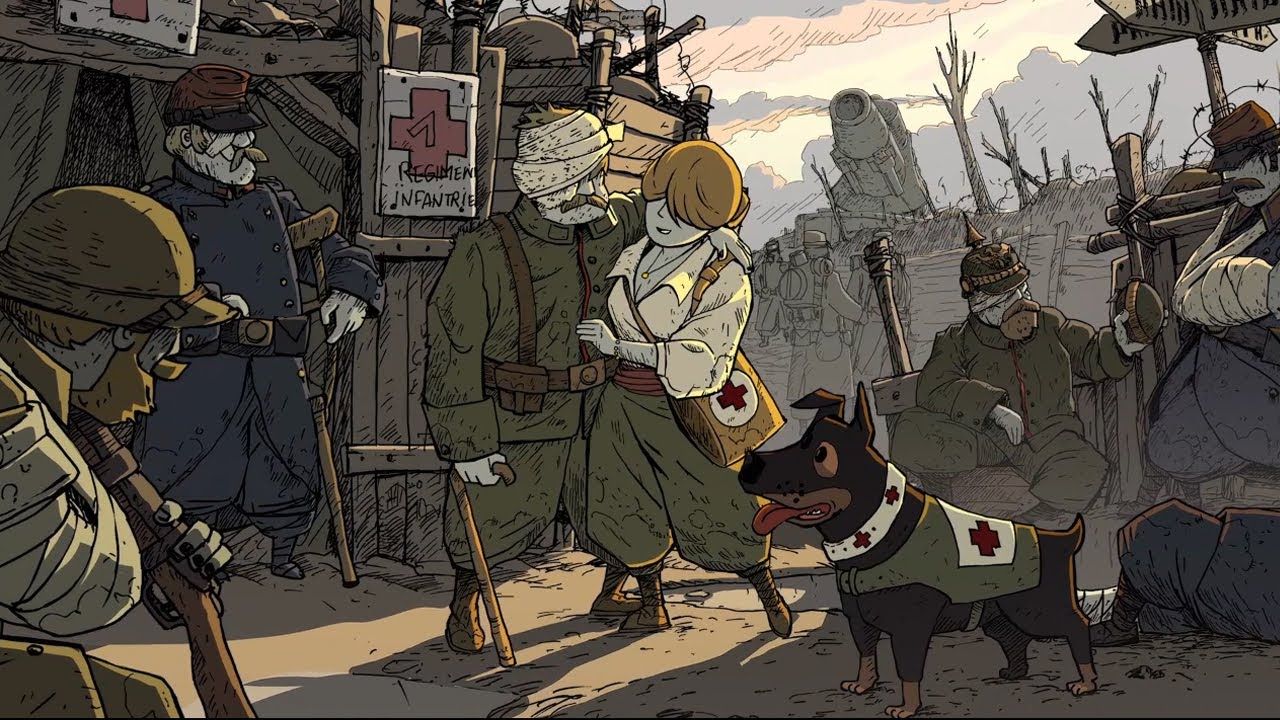 But we know our history, and how so many lives were lost in The Great War because greedy leaders were fighting for a misguided cause that we all suffered for. This indifference is clear even when you’re solving otherwise cheerful puzzles and taking in the gorgeous artwork. Valiant Hearts might be painting this chapter of time in a more optimistic light, but the end result is still lined with tragedy and filled with moments that are quite hard to play through. I came to love these characters and haven’t revisited this game for the better part of a decade, but a lump still forms in my throat when I think back to everything we went through together. Ubisoft achieved something special here, and I’m so glad to see it make a return.

Exactly what form this might take and if it will live up to the original remains to be seen though. Valiant Hearts 2 will be coming exclusively to Netflix Games, and thus will be on mobile devices. We don’t know when it’s coming out, what conflict it aims to explore, or even how it will play. There’s no footage or out there and no screenshots except for a very basic logo, so part of me fears this property has been pulled out of its grave to prop up a media partnership with no clear vision. Ubisoft Montpellier is currently stuck in development hell with Beyond Good & Evil 2, so I can’t imagine it will helm the project either, so exactly what form this sequel plans to take is a mystery. Here’s hoping it is delivered with purpose. 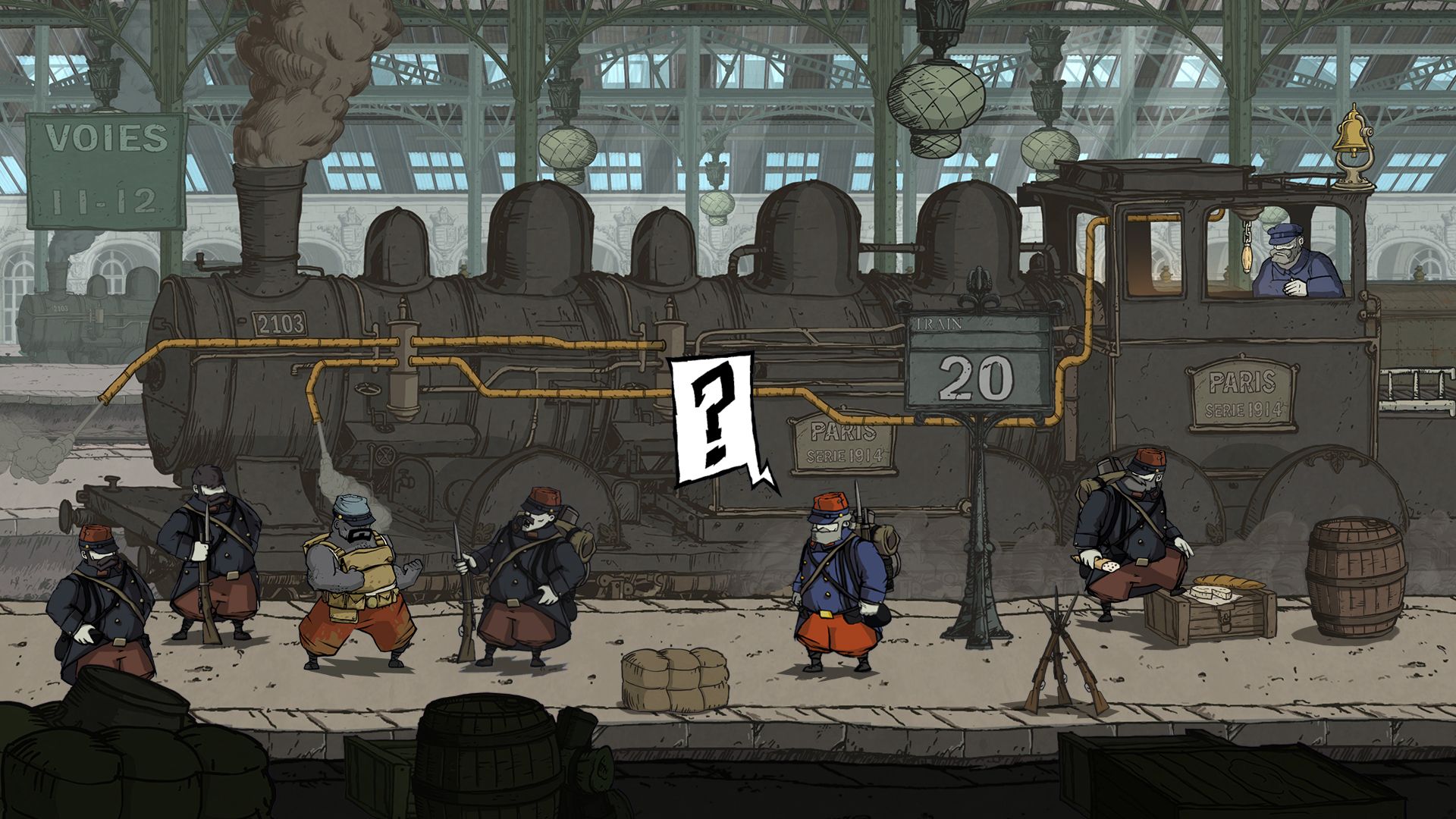 Valiant Hearts was a breath of fresh air at the time in how it explored an often ignored chapter of history in video games, while also seldom being interested in predictable set pieces and gratuitous violence. The story it came to tell wasn’t about winning the war, but doing everything in our power to survive it regardless of where our allegiances fell.

War is hell, but there is always beauty to be found in the struggles we go through to stay human amidst it all. We could curl into a ball and give up, merely waiting for destiny to consume us because the idea of moving forward feels too daunting. The unlikely heroes of this classic all rise to the occasion, subverting expectations to become the people we need them to be in spite of the unfolding war. All of this is achieved without saying a single word, and if a sequel can capture even half of that brilliance, we have every reason to be excited.