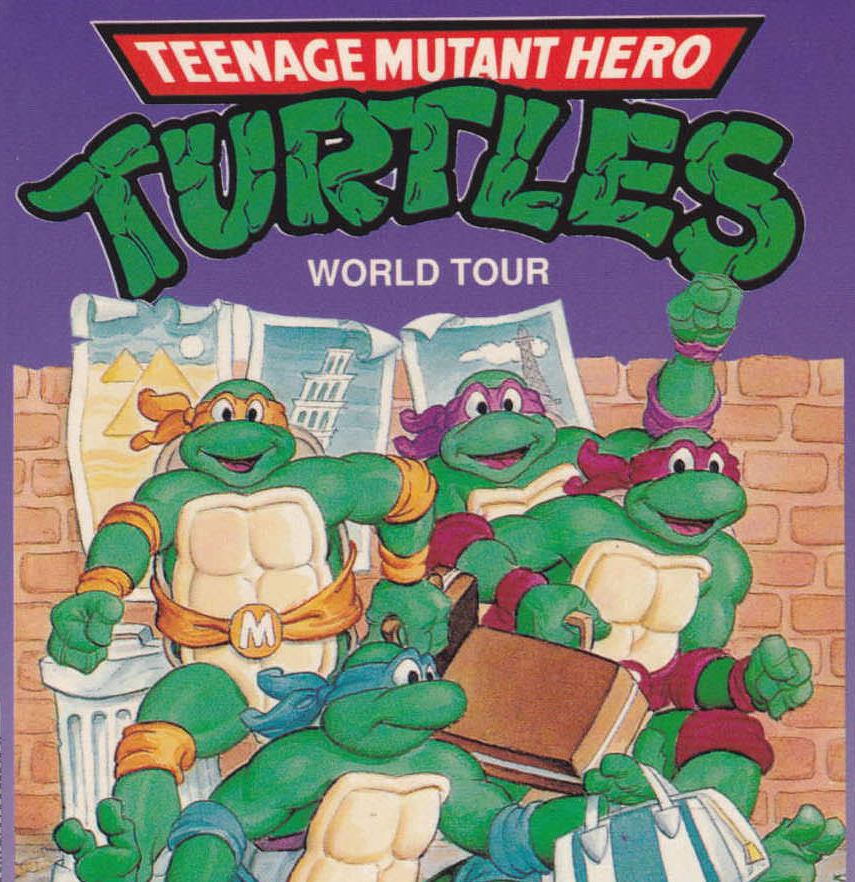 Readers are asked about the games they most regret buying from their childhood, including the likes of Rise Of The Robots and Earthworm Jim.

The subject for this week’s Hot Topic was inspired by reader Iceman and asked what sort of success rate you had as a kid, in terms of the quality of the games you picked, and how you made your choices.

Everyone’s made a mistake like this at least once, or had one forced on them via a birthday or Christmas present, although Virtua Racing on the Mega Drive was the only name that came up more than once.

One day I went to a family friend’s house and the kids were playing Teenage Mutant Hero Turtles on an original NES – I didn’t know the game existed!

I had an Amstrad 464+ but the game was available for it and my dad said he would get it for me!

A week later I came home from school to find a bag from the local game store.

That scarred me for life.

My Amstrad didn’t even have a mouse!
smell_ya_l8r (PSN ID)

Mickey Mouse gaming
When I was seven, I remember being super hyped for Castle Of Illusion Starring Mickey Mouse on the Master System. I could afford about three games a year in those days (and they were still £29.99) and did extensive research on it: Sega Power had it down as five star must buy! I was convinced it’d be just like Sonic.

And yet it wasn’t. It was slow and rather twee. It felt very old and clunky and definitely not cool. I remember being so down about my purchase that I couldn’t hide my disappointment from my parents. My dad tried to return it to Woolworths but they said no.

In the end a friend helped me complete it and it was a pretty decent game. Maybe I just sucked at it.
Owen Pile (NongWen PSN ID)

Style vs. substance
I have purchased many things I have regretted over the years, but my biggest regret was wasting £49.99 of my birthday money buying Earthworm Jim on the SNES. It was a choice between that and Donkey Kong Country and I chose poorly.

That game was all graphics but no gameplay, absolutely hated it. This was before trade-ins were mainstream in the high street too. Virtua Racing on the Mega Drive is a close second. Picked that up with Christmas money for £60. Yeah, it was an impressive achievement for the console but I thought it ran too fast to be any fun.
Chris

Sworn off
I cannot remember for the life of me what the game was called, but when I was around 10 years old (2000) I was desperate for an R-rated army strategy game featuring plastic toy soldiers.

My dad, having just shelled out a large amount of money for a game for my birthday, decided to watch me play it. However, the first few minutes was non-stop swearing and he quickly removed the CD from the PC and took it away, never to be seen again. I didn’t get a replacement birthday present so that goes down as the present I most regret getting.
Michael, Crawley

GC: It sounds like Army Men, but we don’t remember any swearing in them.

Too little, too late
The game from my childhood that sticks out as being a stinker and a bit of a regret is Deathtrap Dungeon on the PlayStation. The disappointment didn’t come from reading amazing previews or reviews of the game, or after seeing screen captures, but mostly after building the game up in my own head to be something it clearly wasn’t.

After weeks or months of imagining what the game could be like when I finally got and played it, the game was disappointing on nearly all levels. It was an important lesson to learn about keeping your expectations in check with something you truly don’t know much about until you get hands on it.

I also remember getting Ren & Stimpy on the Mega Drive and finishing it in about an hour. Games weren’t cheap and I felt bad for having pleaded to get it, only for it to be done so quickly and it really wasn’t the kind of game I was likely to play again after seeing the ending. It was no Super Mario World!

Finally, in the inverse of this Hot Topic, I was desperate to get Shenmue on the Dreamcast on Christmas Day near release… but Santa must have skipped that item on the list. I was hugely disappointed, so in the end I received the recent remaster years and years later as a Christmas gift and played it on Christmas Day that year.

As tonally interesting and strangely unique it still feels to this day, I wasn’t able to replicate the excitement and awe I would have had playing it back when it was released. Another important lesson learned, about nostalgia and how it isn’t easy to replicate without time travelling and living the situation again with slightly different outcomes.
Paul Conry

Easily pleased
I honestly don’t remember playing a bad game as a kid, having started out with a wood effect Grandstand console with various takes on Pong to having a ZX Spectrum with a RAM pack and Kempston joystick; playing all of Ultimate’s games, Manic Miner, Monty Mole, Horace Goes Skiing, and then getting a Commodore 64 and a Master System I actually don’t remember being upset about any game. Sorry.
Zombiekicker

One mistake
I did quite well as a child choosing games, as I did read the magazines back then (Mean Machines and later Mean Machines Sega, CVG, Super Play, PC Zone, etc). But there were instances where a game was a bit older and I couldn’t find any archival reviews. Thus did I end up with the rancid garbage that was Kick Off on the NES, which I’d bought for the bargain reduced price of £25 in WH Smith.

This was bought from money I’d saved up, rather than as a birthday/Crimbo present though, so thankfully I did not have to pretend to like it and quickly just shelved it – which was itself unusual, as even games I wasn’t so fond of I normally played a ton of just because of how much they cost. But this was just so boring, so lacking in fun… no redeeming features whatsoever. I didn’t feel like making my friends hate me by suggesting some two-player matches either.

So yeah, other than that, in general my success rate was pretty excellent for boxed, new games. I look at my NES games and Kick Off is the only one that truly offends me with its presence. Wrath Of The Black Manta and James Bond Jr. are not great but neither are they awful. My loose NES games are a far more mixed variety, including many clunkers, but they cost me around £3-4 each in Cash Convertors during the twilight of the NES after the SNES was established, so I was far more willing to try stuff and not care too deeply if they were duds.

Some of the duds were even interesting, like Bart Vs. The Space Mutants, which did some fun things but was quite brutal with how much damage Bart could take and some of the jumps in later levels. Expensive boxed purchases were mostly saved for well-reviewed games in genres that looked interesting by a developer with a good track record.

The most misleading adverts will always be Rise Of The Robots for me. They promised the earth and delivered nothing. I still remember being super hyped for it, and CVG’s lovely cover featuring the Supervisor droid in their 150th issue preview. I think the game released before reviews were ready (this is all a bit cloudy 25+ years on) but thankfully by then I had a Blockbusters card and was renting anything that wasn’t being released by one of the proven companies like Nintendo, Sega or LucasArts (or even including them when I was low on cash, which was most of the time!). One rental of Rise was more than enough for me for a lifetime.
Lord Darkstorm