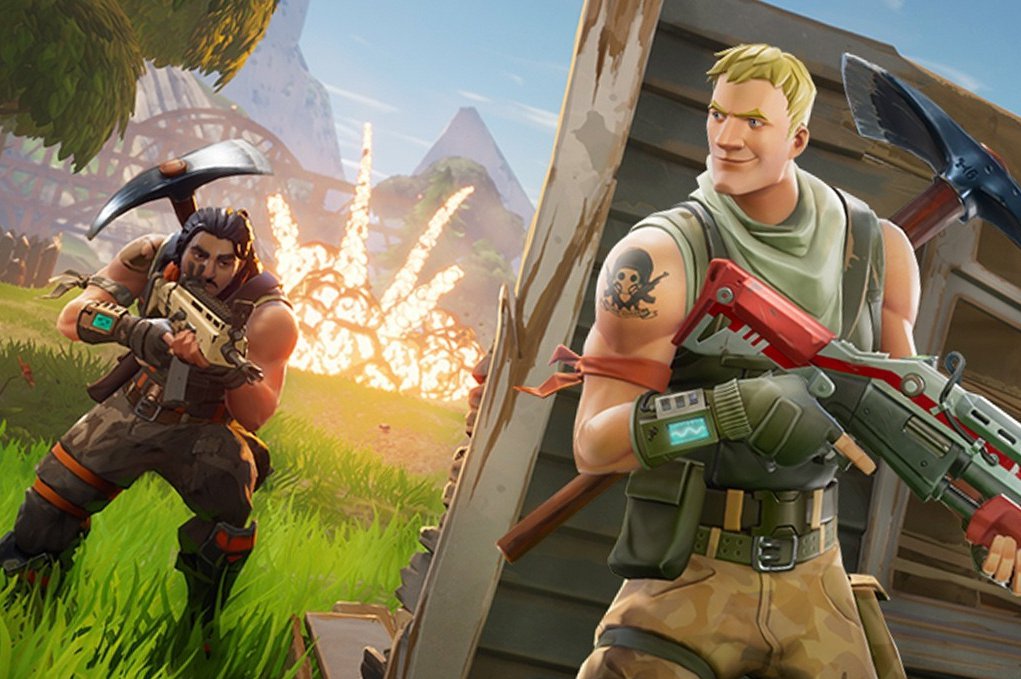 The subject for this week’s Hot Topic was suggested by reader Olliephant, who asked whether there’s a particular game that put you off a genre and what it is exactly that you don’t like about it.

Everyone seemed to have at least one type of game they never enjoy, although curiously some people had multiple – seemingly leaving more they avoid than those they enjoy.

Free excuse
I don’t know if this is controversial or not but I do not see the appeal of battle royale games. Remember that time when we thought they’d be everywhere, as the next bandwagon for publishers to jump on? And then that mysteriously never happened?

The only ones that are still popular are Fortnite, Warzone, and Apex Legends and what do they all have in common? They’re free. So clearly battle royale is not popular enough for people to actually pay for them, which says a lot. Especially as the likes of Battlefield 2042 and Halo Infinite are refusing to put them in their games.

I have tried them plenty of times – they are free, after all – but spending 10 minutes walking through a field, not seeing a soul, only to be instantly shot and killed by someone you never saw is not my idea of fun. I suppose I could try and git gud at it but apart from anything I don’t particularly want to be the one ruining someone else’s day with a cheap shot.
Baker

Snake? Snake??!!!
For me it’s stealth games. And this is going to sound mean but I’m glad they’ve fallen out fashion. Obviously I don’t want to spoil anyone’s fun but for a few years there the likes of Metal Gear Solid and Splinter Cell were the hot thing in gaming, which meant that every single action game had to end up having a stealth section, even if it made no sense whatsoever and there was nothing else like that in the rest of the game.

This was awful as, even ignoring the fact that I just don’t like stealth they always tended to be super hard, I guess because the developer didn’t really have any experience with that kind of gameplay and had just done what it could (probably at the behest of a publisher, I realise now).

So in all it’s forms, stealth is the one I don’t like. It’s a gameplay idea that basically involves you being rewarded for doing as little as possible. When my choices are playing an exciting action game or hiding in a cupboard for five minutes I know what I’d go for.
Glud

Arcade or nothing
I guess it’s sports for me but I wouldn’t dream of playing any of them, for any reason, so I guess that doesn’t leave me much to talk about.

My second least favourite is racing games, or rather serious racing games. I don’t mind arcade racers in theory, although there hasn’t been one I really enjoy since Need For Speed: Hot Pursuit and looking it up I find out that was over 10 years ago now.

An arcade racer is fun because you go as fast as you want and crash as much as you want and it doesn’t really matter – exactly the opposite of real life. But racing sims? You’ve got to drive sensibly, the smallest knock does catastrophic damage, and there’s never a turbo boost. You can turn off the assists but if you’re going to do that why no play an actual arcade game, that wants you to have fun, rather than a boring old simulator?
Mailer
PS: Microsoft Flight Simulator sounds even worse, you literally do nothing but fly in a straight line.

Don’t fight
My least favourite genre has to be the 2D fighting genre.

It’s the pyramid scheme and cigarettes of gaming rolled into one.

You have to learn all these mad, time consuming moves to even play them and be in with a shout, and there’s only one real winner à la pyramid scheme.

Plus, all the constant mad, quick button tapping surely has to cut short life expectancy on gamers’ reflexes a lot earlier than standard gamers. And nowadays the genre itself appears as if it’s a pyramid scheme, with Super Smash Bros. Ultimate being pretty much the winner.

Don’t do it kids, fighters are bad for you.
Tundra_Boosh

GC: We’re lost, what do fighting games have to do with pyramid schemes and cigarettes?

Random battles
For me it’s the Japanese role-playing genre and it’s primarily due to the grinding aspect. I suppose this could also apply to role-playing games in general too, but it seems particularly prevalent in JRPGs. I just don’t like how you’re forced to go and battle random enemies to level up, just to tackle a boss. I don’t know why you just don’t make the boss a lower level or introduce it later on. I don’t mind so much if you can grind via interesting side quests but often it’s just go find enemies and beat them, sometimes offering no challenge at all.

I hadn’t tried one for years due to the above until Yakuza: Like A Dragon came out and I found there to be two huge difficulty spikes which required grinding, which slightly spoiled the game for me. Hearing the news that the Yakuza franchise is going to stick with this approach going forward has put me off getting future instalments, so I think I’m just going to stick with the Judgment series from now on.
Angry_Kurt (Twitter)
Now playing: Zelda: Skyward Sword (Switch) and F1 2021 (Xbox Series X)

Not LOLing now
I’ve never understood the appeal of MOBAs. Maybe it’s a kids thing or something but for League Of Legends being the most popular game in the world I’ve never met a soul that has played it or had anything to say about it.

Since it’s free I gave it a go myself a couple of years and it just seemed a confusing mess that gave me no good reason to try and understand how it works. I assume I must be missing something but I’m fine with not knowing.
Goldie

What’s left
Writing this made me wonder if I even like gaming, given the number of genres and sub-genres I actively avoid.

I dislike horror across all media, so that’s out straight away. I find most role-playing games too big and directionless, so it’s got to be something really special for me to pick up. Mass Effect 1 and 2 were the last I played and completed, but I never got on with 3 and the bad rep its ending had never compelled me to play on.

While I used to really enjoy racing games, I find they require too much of a time investment to get good at and unlock the best cars. I liked FIFA for a while but their focus on Ultimate Team put me right off, and before that Master League on PES had me hooked every year until PES didn’t translate very well from PlayStation 2 to 3.

The recent discussion about difficulty in Soulsborne games has just reaffirmed to me that I’ll never buy any of them, as games that are too difficult never get played again once I get frustrated with dying over and over again. The most recent (for me) example of this wasn’t even a Soulsborne game but God Of War – the Stranger killed me so many times I gave the disc back to my neighbour there and then, and while I lasted a bit longer in Star Wars Jedi: Fallen Order being gunned down by even the most basic stormtroopers made me feel far less than the Jedi I was supposed to be, so that went to a galaxy far, far away after the second planet.

Finally, I find first person games far too stressful. I really enjoyed Titanfall, however, primarily because of jetpacks, invisibility, and giant robots rather than the shooting. But then they ruined it with Titanfall 2 by giving one of the mechs a sword, because then most multiplayer games ended up with a bunch of people zooming round the map slashing anything that flinched.

In case you’re wondering, I mostly play Civilization 6 (a lot) and superhero games (so imagine my disappointment when Marvel’s Avengers turned out the way it did…).
StellarFlux