Weird West: How To Deal With Mayor Weeks

The Bounty Hunter's journey in the Weird West is all about finding your missing husband, and the search takes you to plenty of different places. At one point, you stop off at Galen Crossing to get information from Mayor Weeks. Unfortunately, the Mayor isn't the most helpful guy.

During your initial conversation with him, he doesn't reveal much. And the man has plenty of guards backing him up, so you can't exactly threaten him. Before he's willing to tell you anything important, he demands that you acquire the deed to Bush Creek Farm for him. However, that isn't the only way you can get intel from Weeks, as there are a few other options. Here's how to do each one.

Getting The Deed Bush Creek Farm 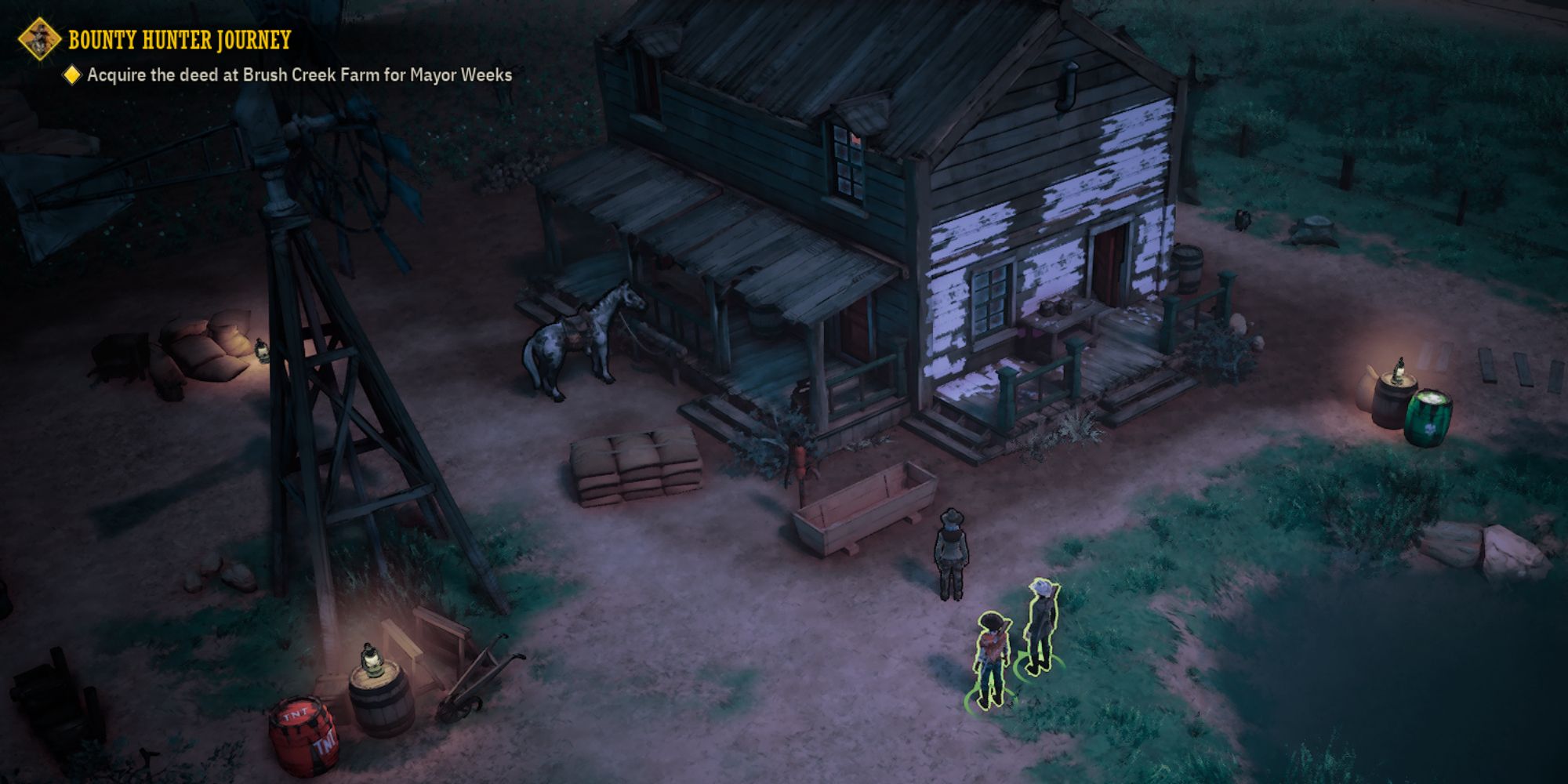 If you don't want to cause drama with Major Weeks, you can just follow his demands and grab the deed to Bush Creek Farm. So, head to the location – it will be marked on the world map.

The deed is in the house, locked inside a safe upstairs. You can either find the safe combination or use five lockpicks to open the thing. 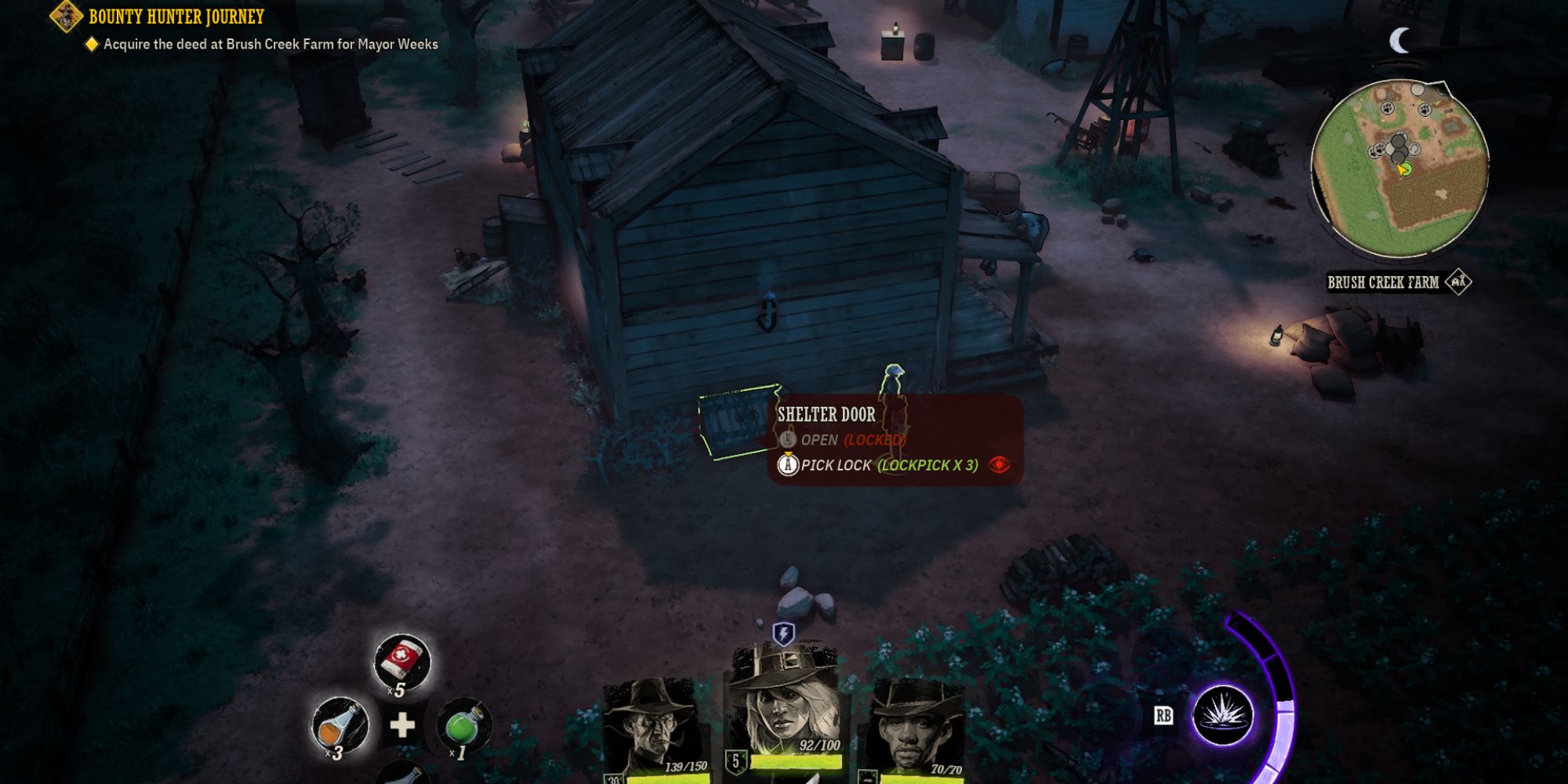 To find the combination, you have to head down to the underground shelter. The entrance is around the back of the house. You can either use three lockpicks or the farm house key to open the door – a few people carry the farm house key around, and there's usually one in the barn. 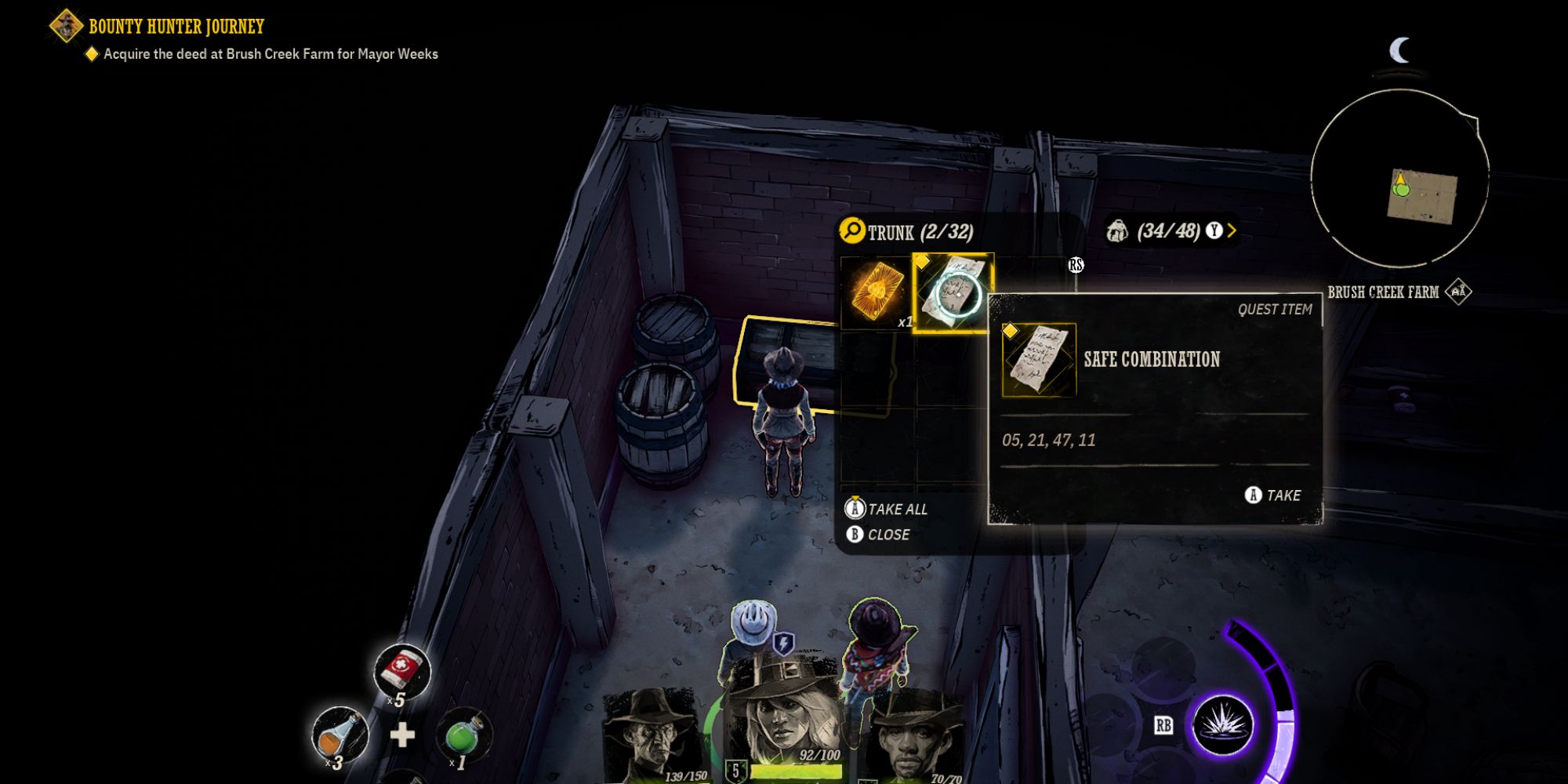 Once you are down in the cellar, you should find the combination in a trunk.

Getting To The Safe 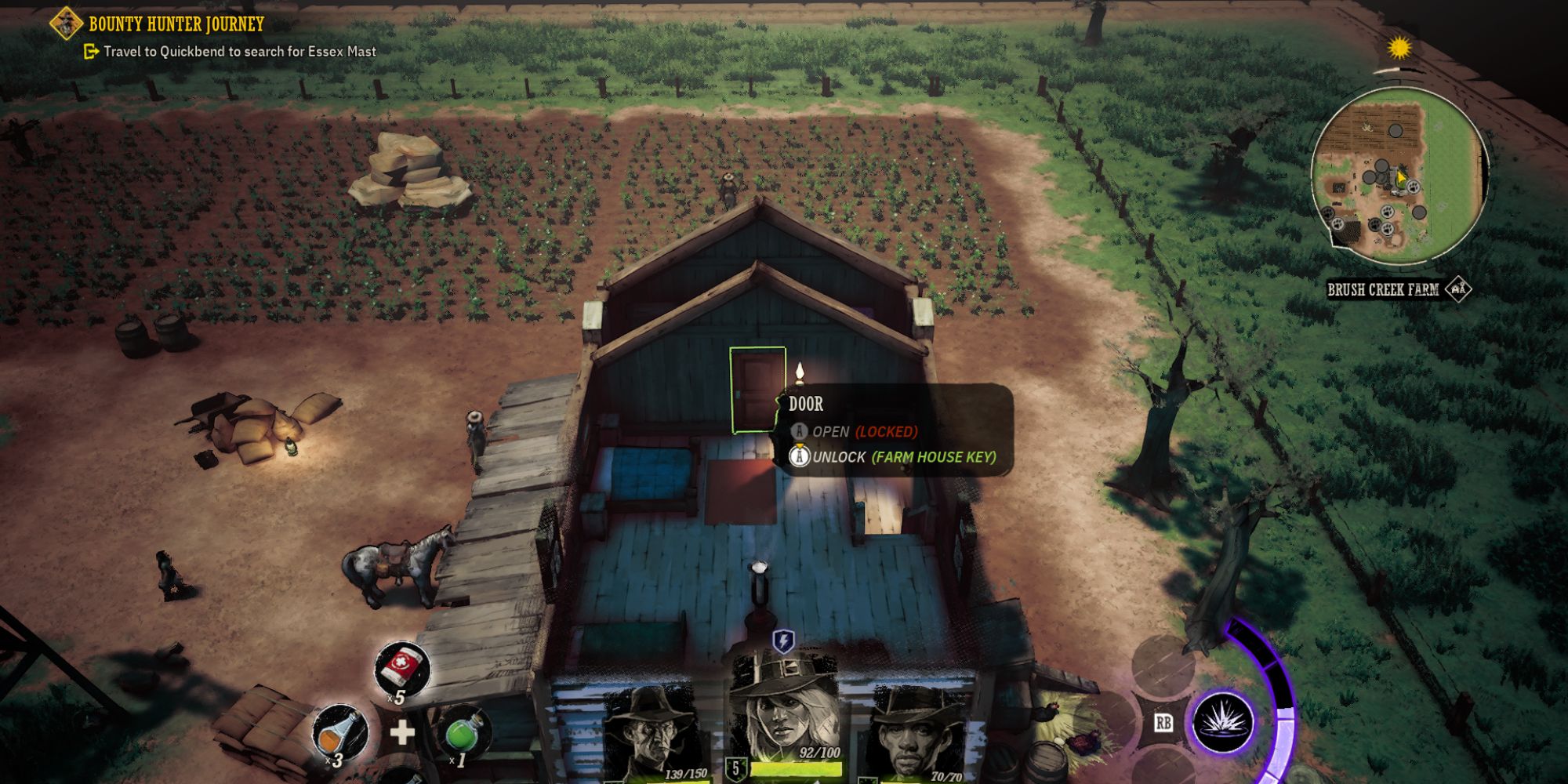 As mentioned earlier, the safe is upstairs. To be more specific, it's in a locked room on the southern side. You can use a lockpick or farm house key to open the door. 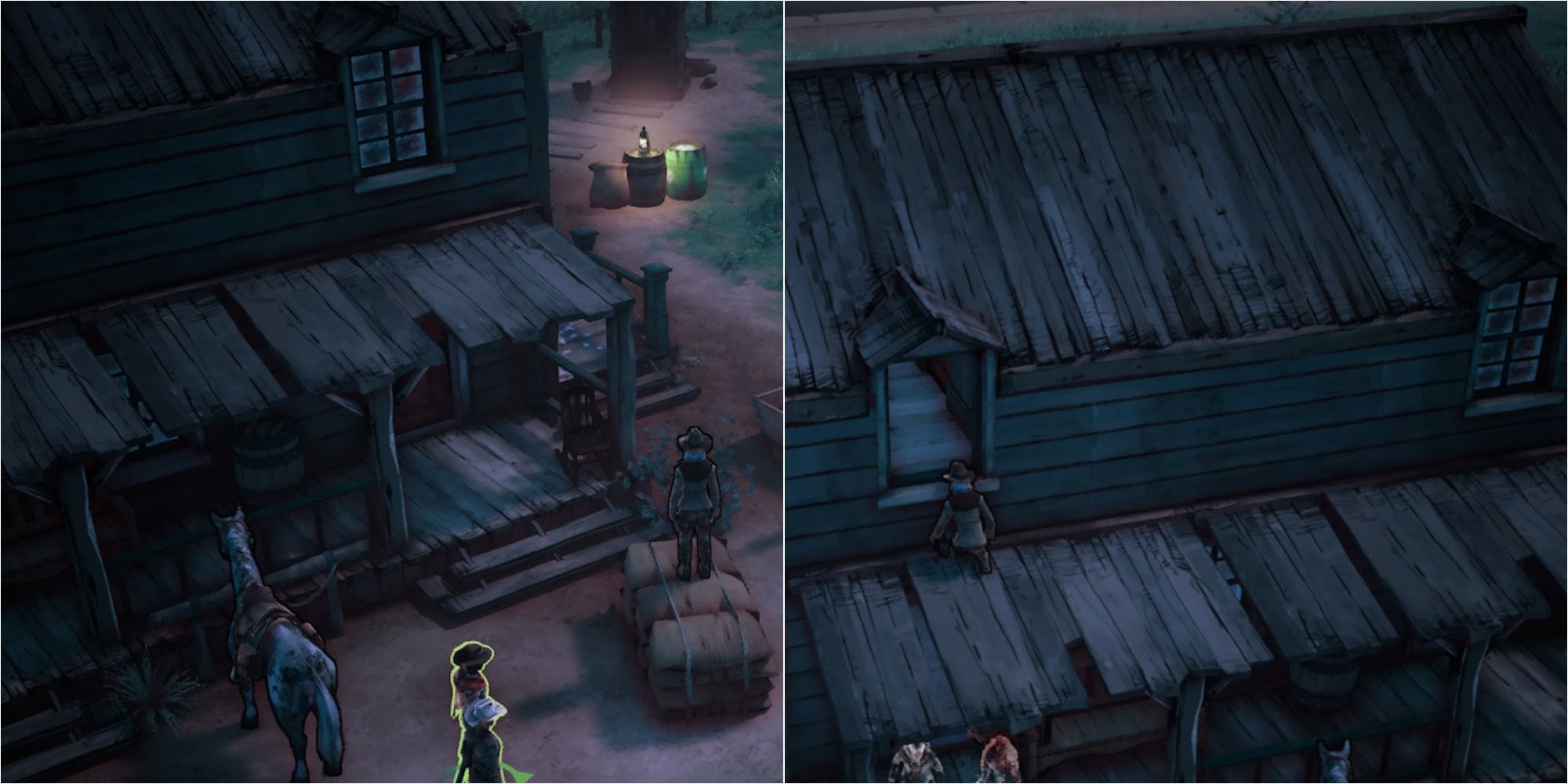 There is a third option, though, as you can climb up from the outside and jump through the window. 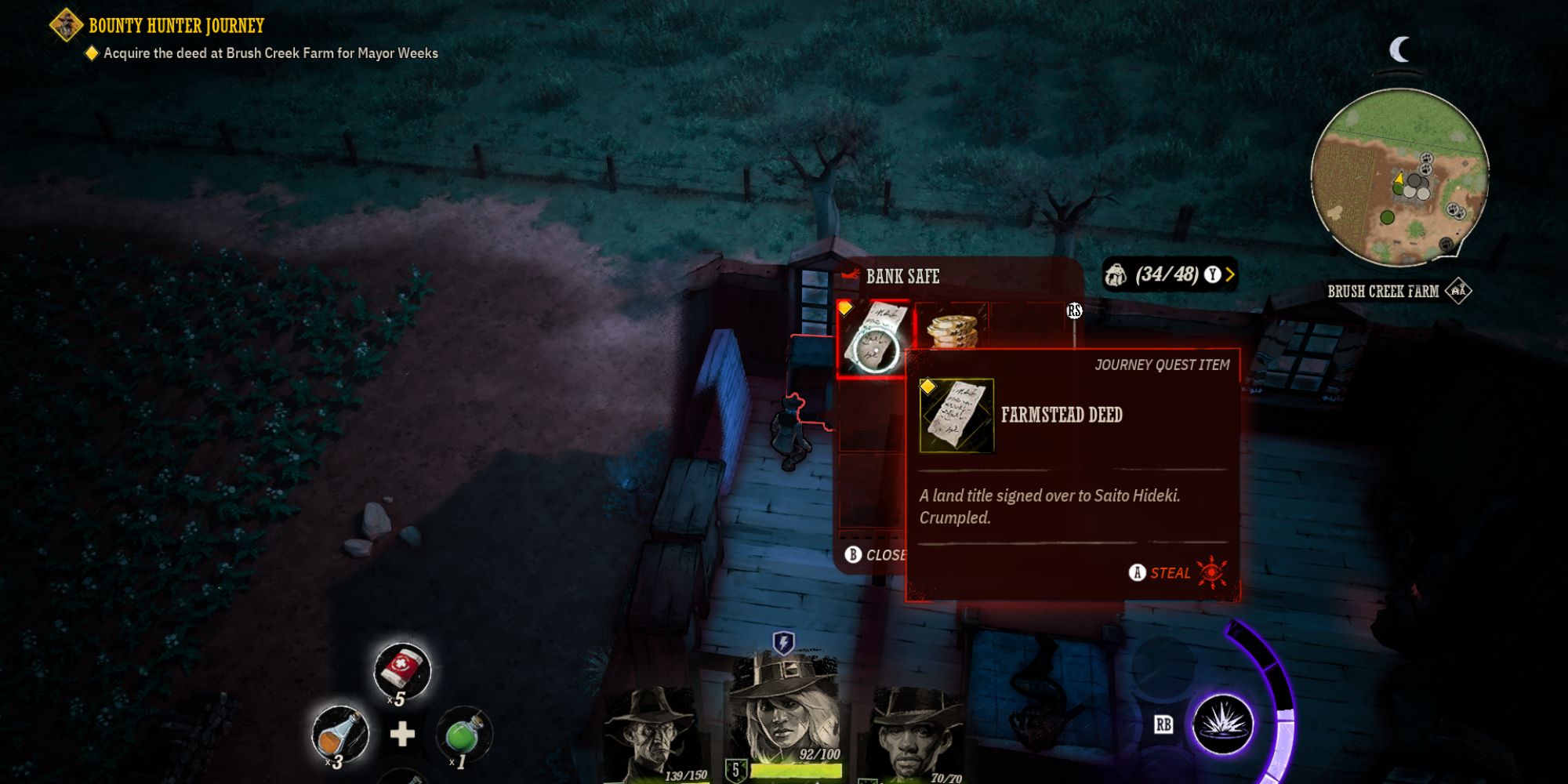 Regardless of how you reach the safe, you must open it up and steal the deed. 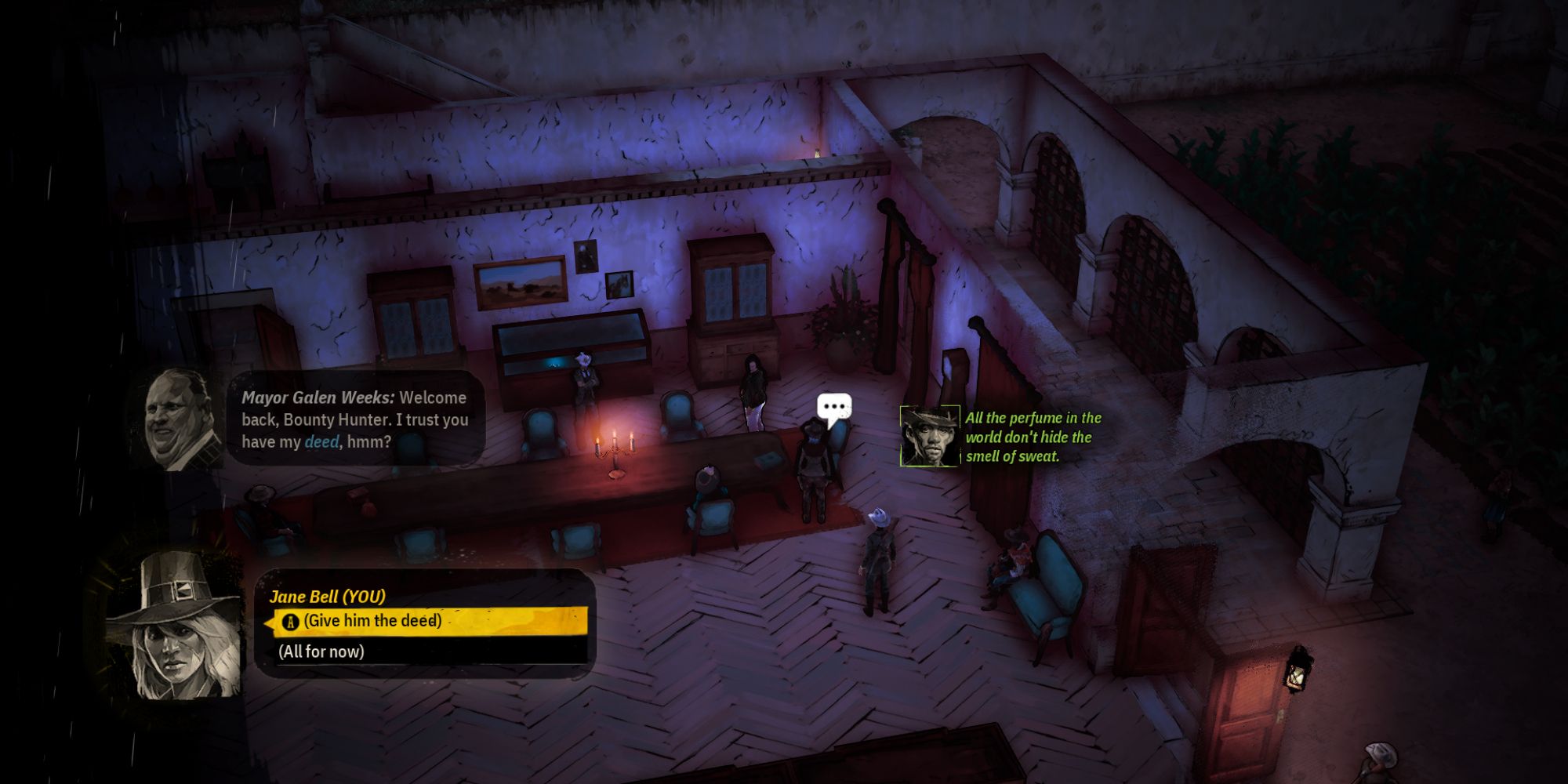 Go back to Weeks and hand him the document. Despite not being a good man, he does keep his word and gives you the information you need. Your business with Weeks is done, and your reputation goes down for helping him. 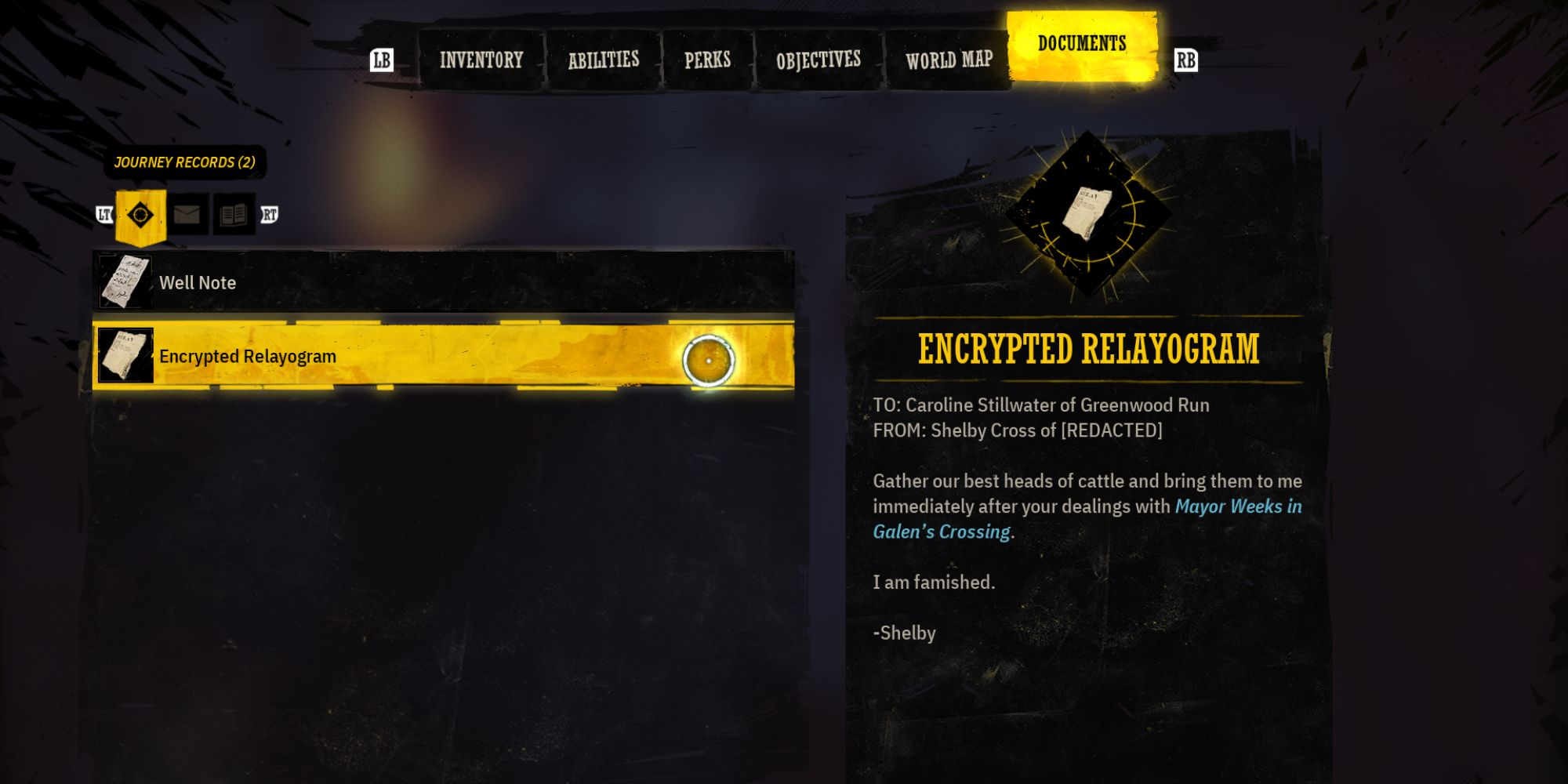 Mayor Weeks is hardly the most likable individual, so it's understandable if you don't want to do his bidding. To get the information you require, without helping him, you can find his message to the Stillwaters. Said message is upstairs of Weeks' building, inside a safe. 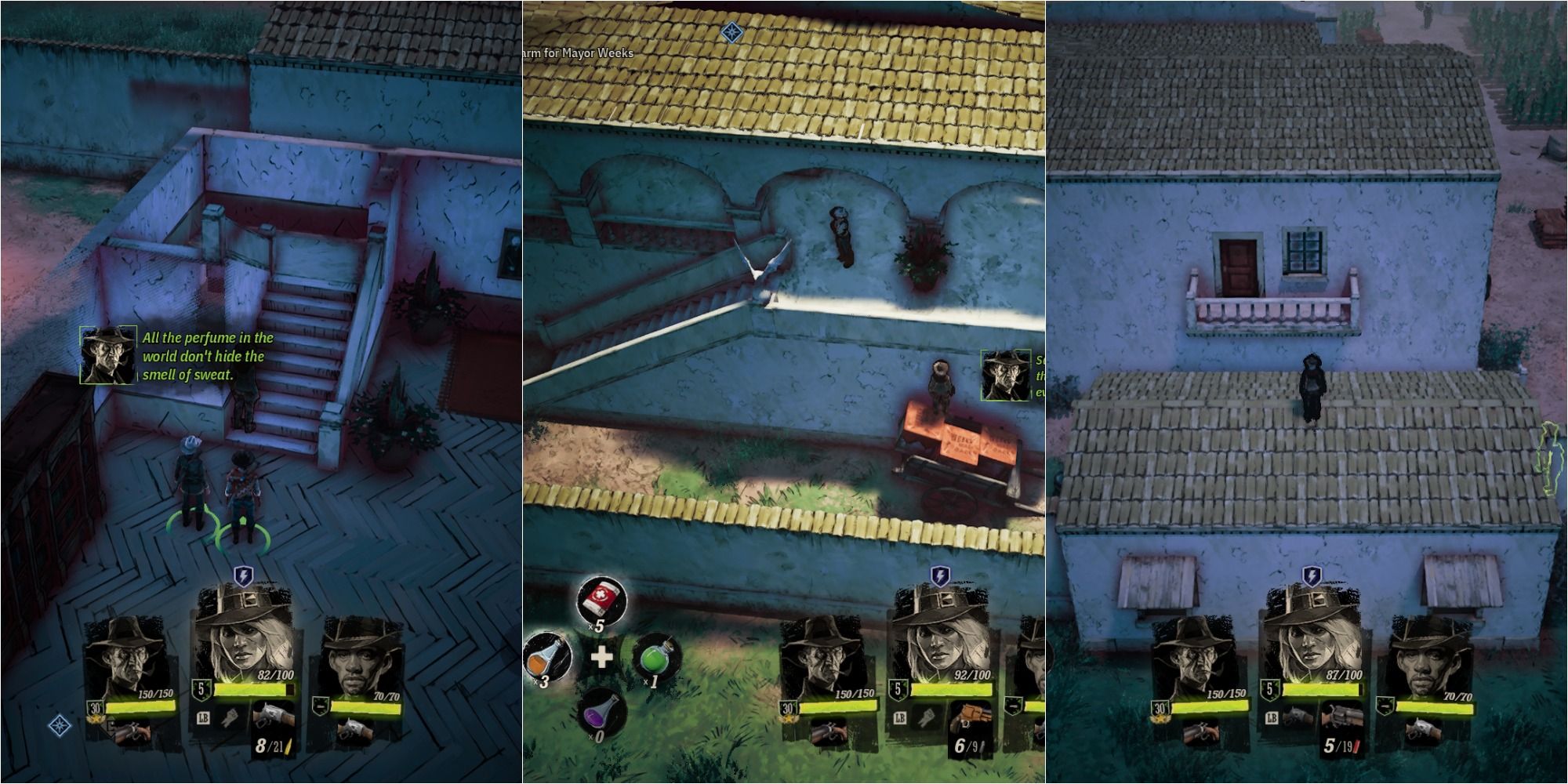 There seems to be three ways to get to the room with the safe – the safe itself is behind the desk: 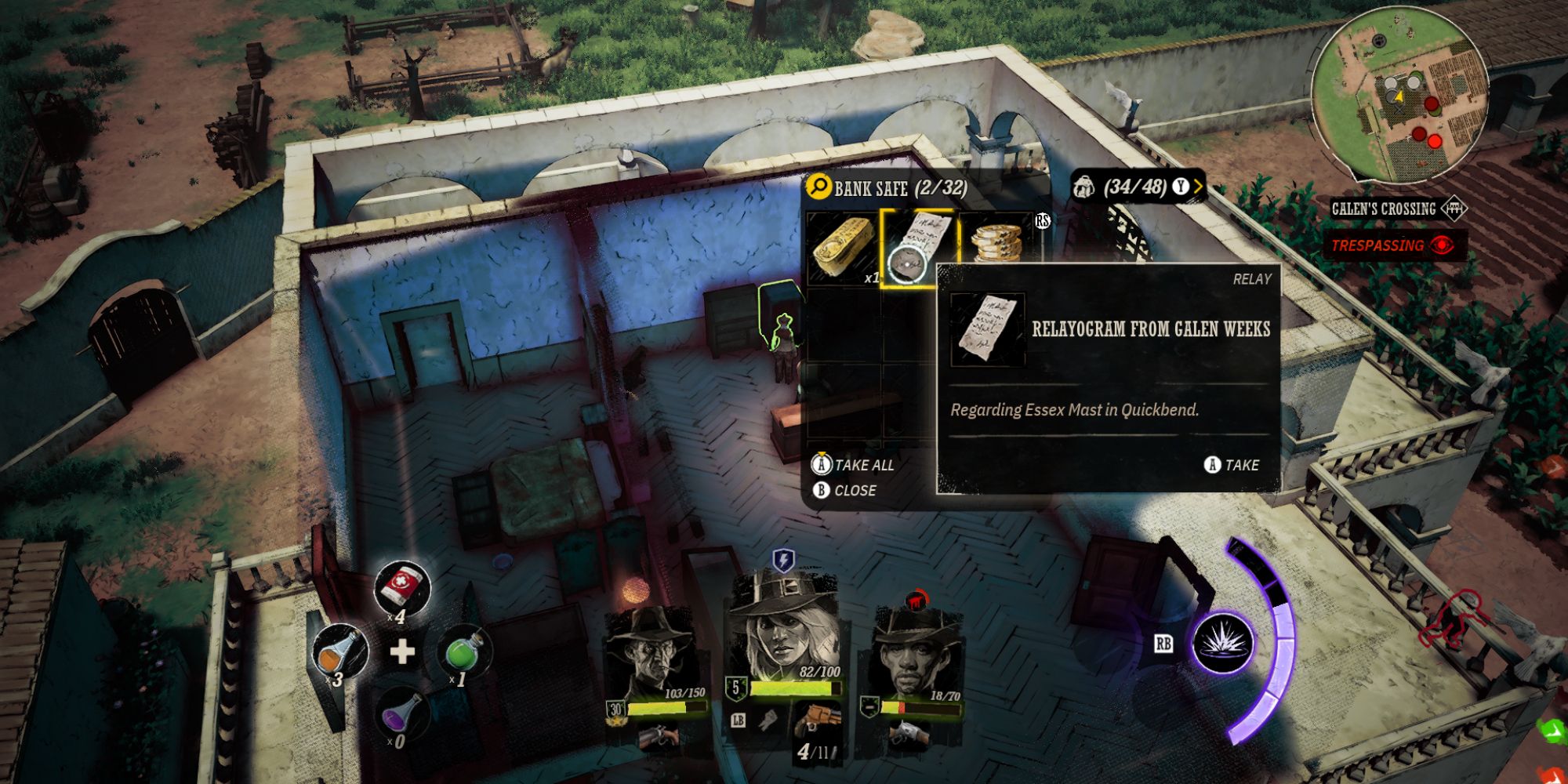 As you'd expect of a safe, the thing is locked. You can either use five lockpicks to open it or acquire the safe combination. Unfortunately, said combination is being carried around by Weeks. Therefore, to get it, you have to either knock him out or kill him before looting his body – the man doesn't seem to go to sleep.

The problem is that he's usually followed around by guards, leaving few opportunities to strike. If you don't have the lockpicks, you may have to watch him for a while and wait for the best time to attack.

Informing Weeks Of The Message 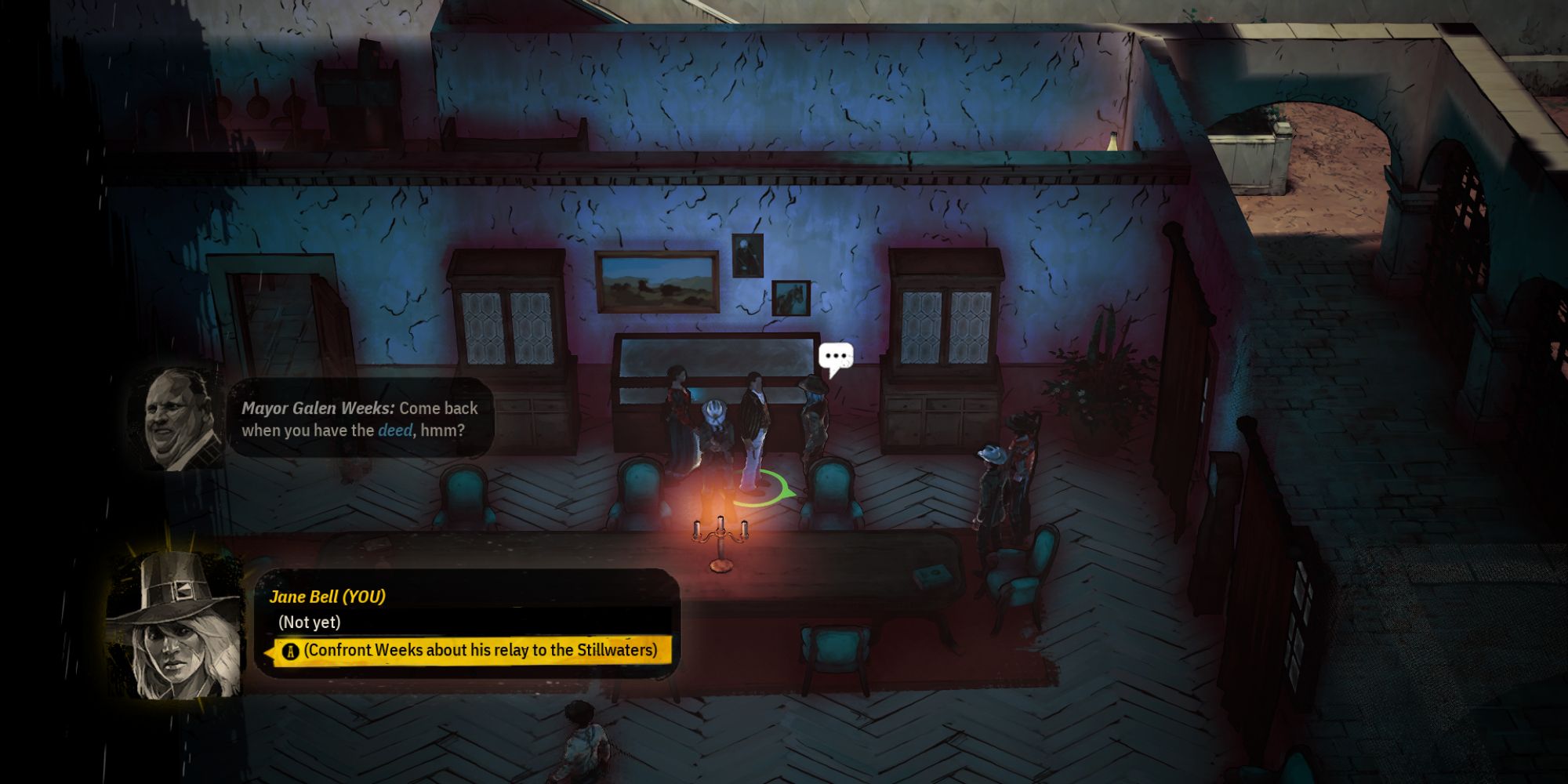 Once you've picked up the message, you will have the information you need, meaning you don't have to talk to Weeks. But you can inform him that you've got the message if he's alive. He won't be pleased that you've been snooping, and he'll demand that you leave. 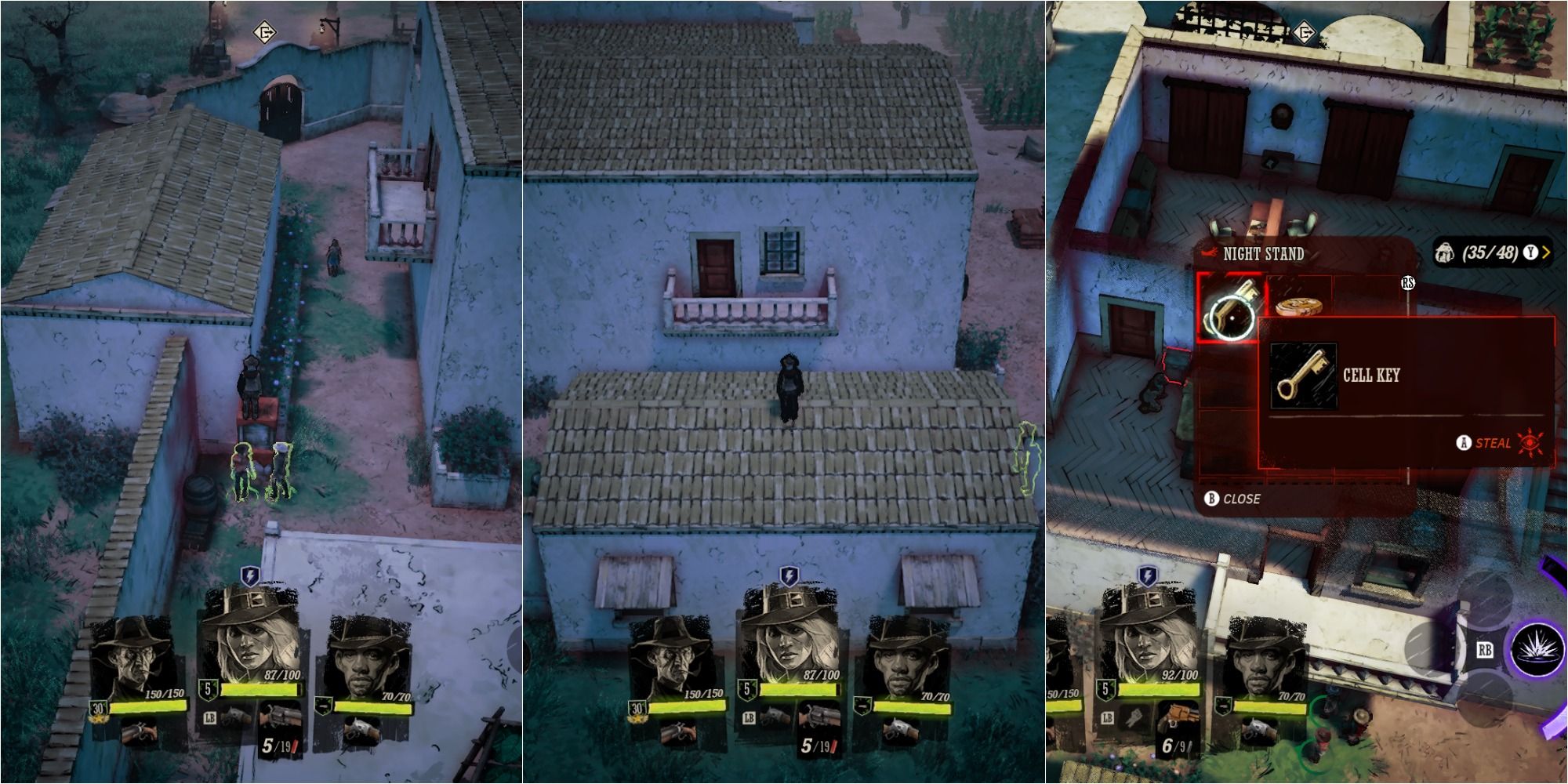 Another way to get the information required to progress in the story is to find the secret that Mayor Weeks is keeping in his basement.

Before heading down there, though, you want to go around the back of the Weeks' building and jump up to the balcony. To do this, use the stack of boxes and roof nearby. Then go over to the nightstand to find the cell key inside – this will be useful when you're in the basement. 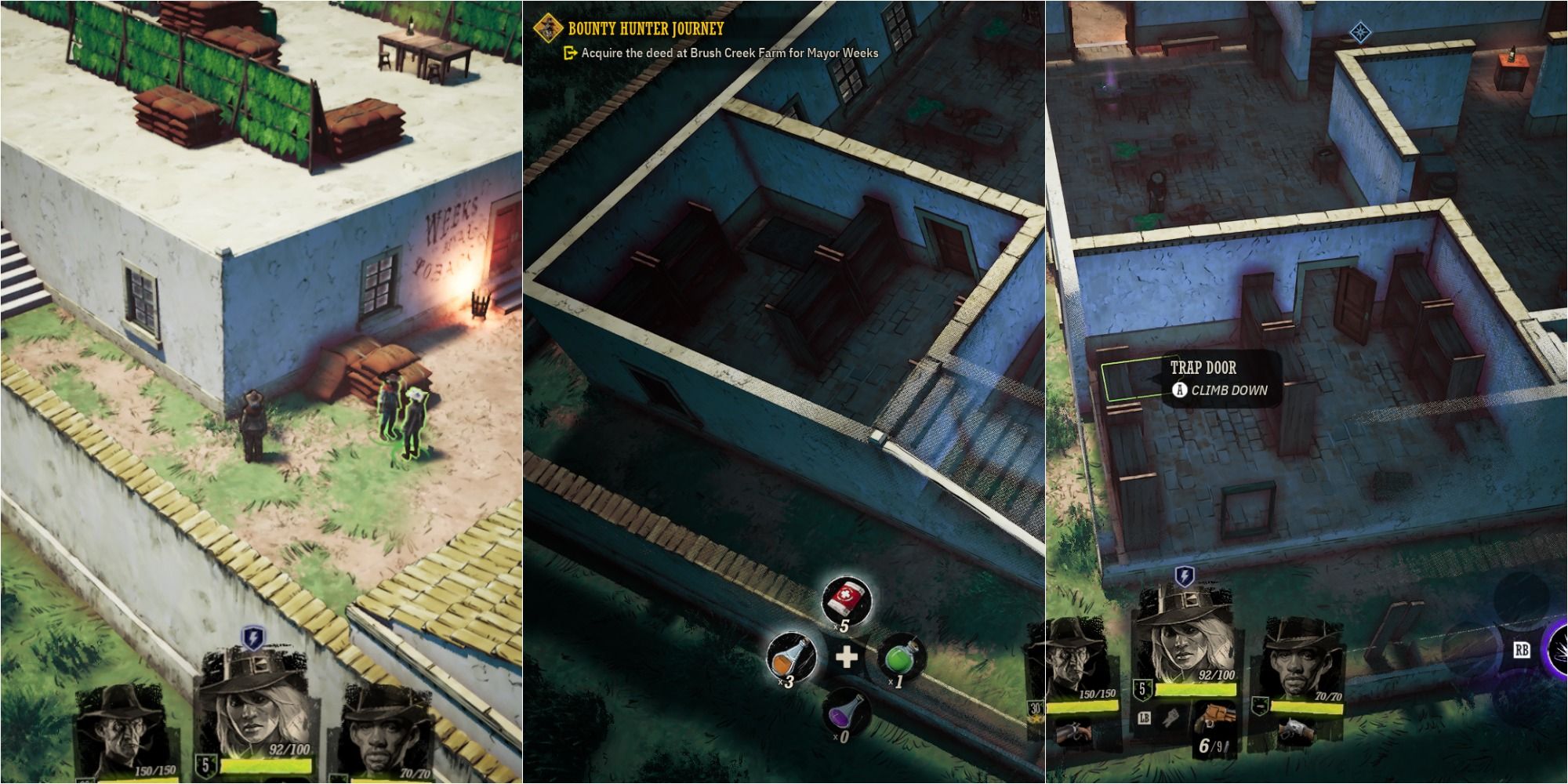 To reach the place containing Weeks' secret, you must enter the building next to where Weeks stays. This is a restricted area, so watch out for guards. The entrance to the basement is inside the room in the corner. Use the trap door to climb down and find a man in a cage. 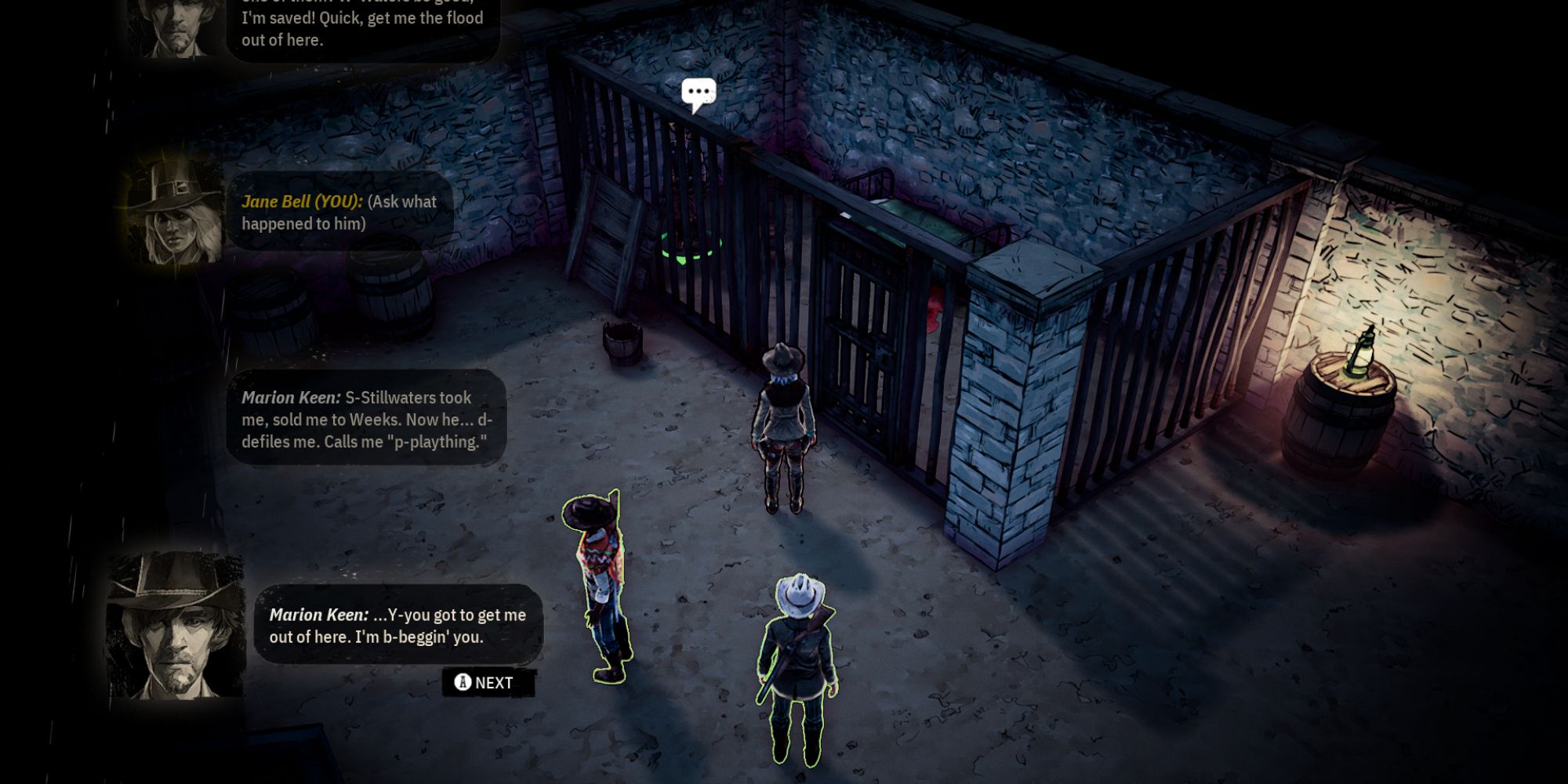 Attempt to unlock his cell to trigger a conversation with the captive. When the chance comes, ask him about your husband to learn everything you need to know. You will get a friend for life once you let him go. 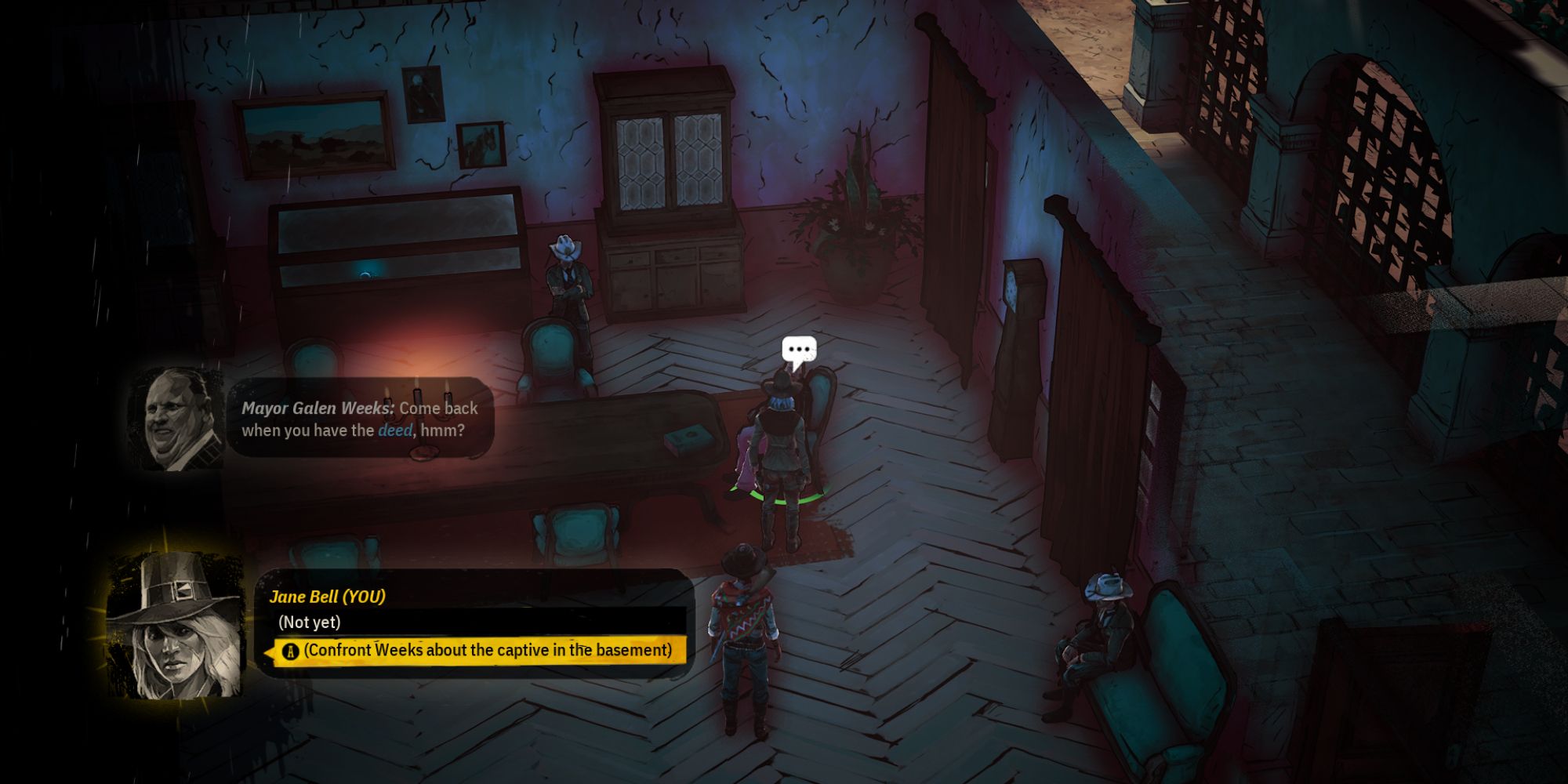 If you want, you can tell Weeks that you know about his secret, but it doesn't really gain you anything if you've already got the information from the captive.