Sometimes games can catch your attention simply with their title, like Wildcat Gun Machine. From the devs at Chunkybox games, this title is a bullet hell on foot. You'll be traveling between different rooms shooting and blowing up anything that moves.

However, as simple as it sounds, there's a fair amount to take into account if you hope to survive the ordeal. You'll need to master the mechanics, quickly adapt to the enemies you encounter as well as the environment, as well as make the most of your weapons. Take your time to familiarize yourself with some good starting pointers before you get started.

Hold Down The Fire Button 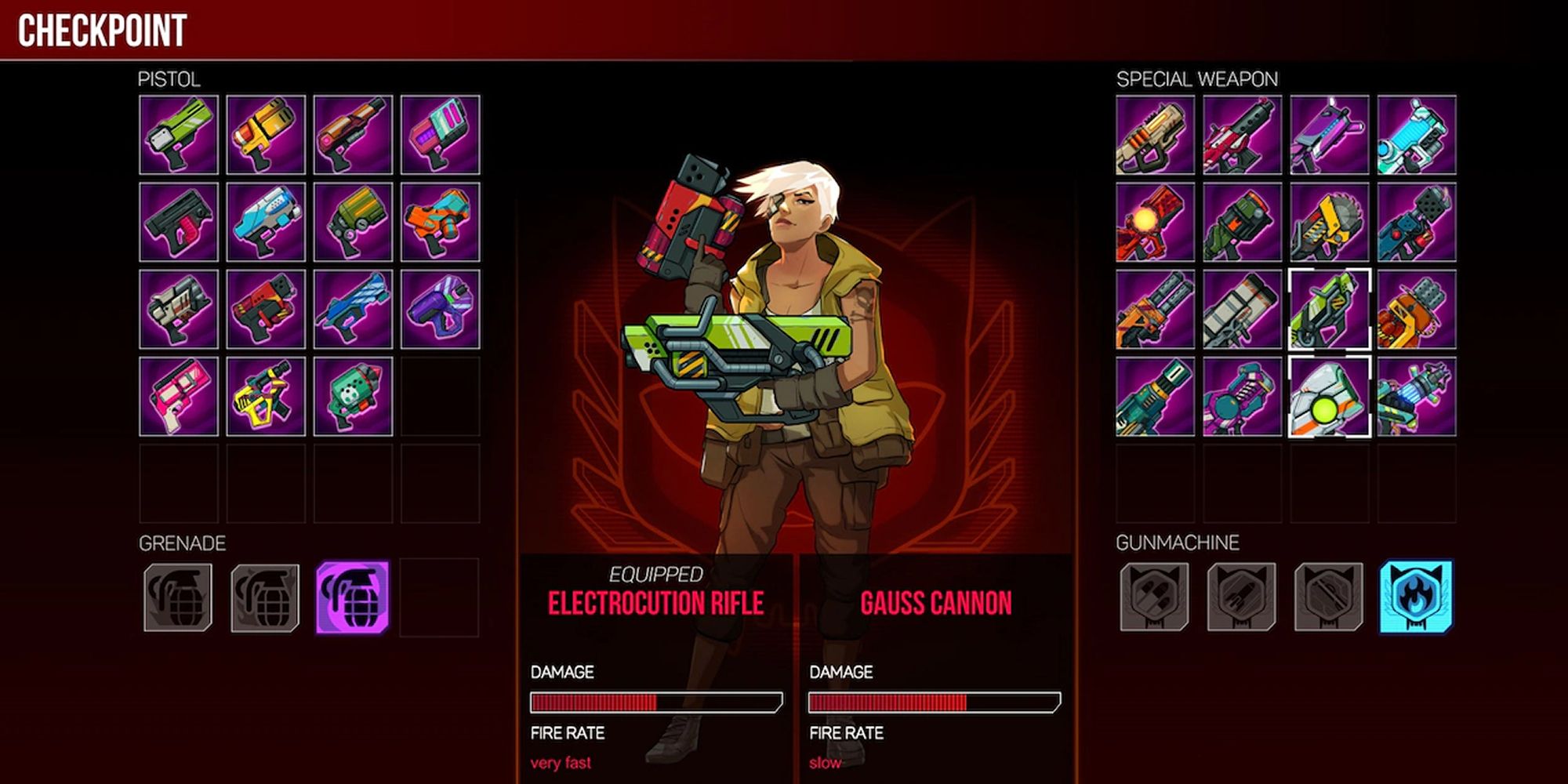 Many players have grown up with arcade games that have left the impression that rapidly tapping the fire button is better than holding it down. That's not the case with Wildcat Gun Machine. Whenever you're not in a hallway, you should be holding down the fire button with no intention to let go until all enemies in the room are exploded.

Your bullets can travel quite far and are able to hit enemies offscreen, so there's no point in not always firing. Statistically speaking, you're very likely to hit something.

Avoid Corners And Getting Surrounded 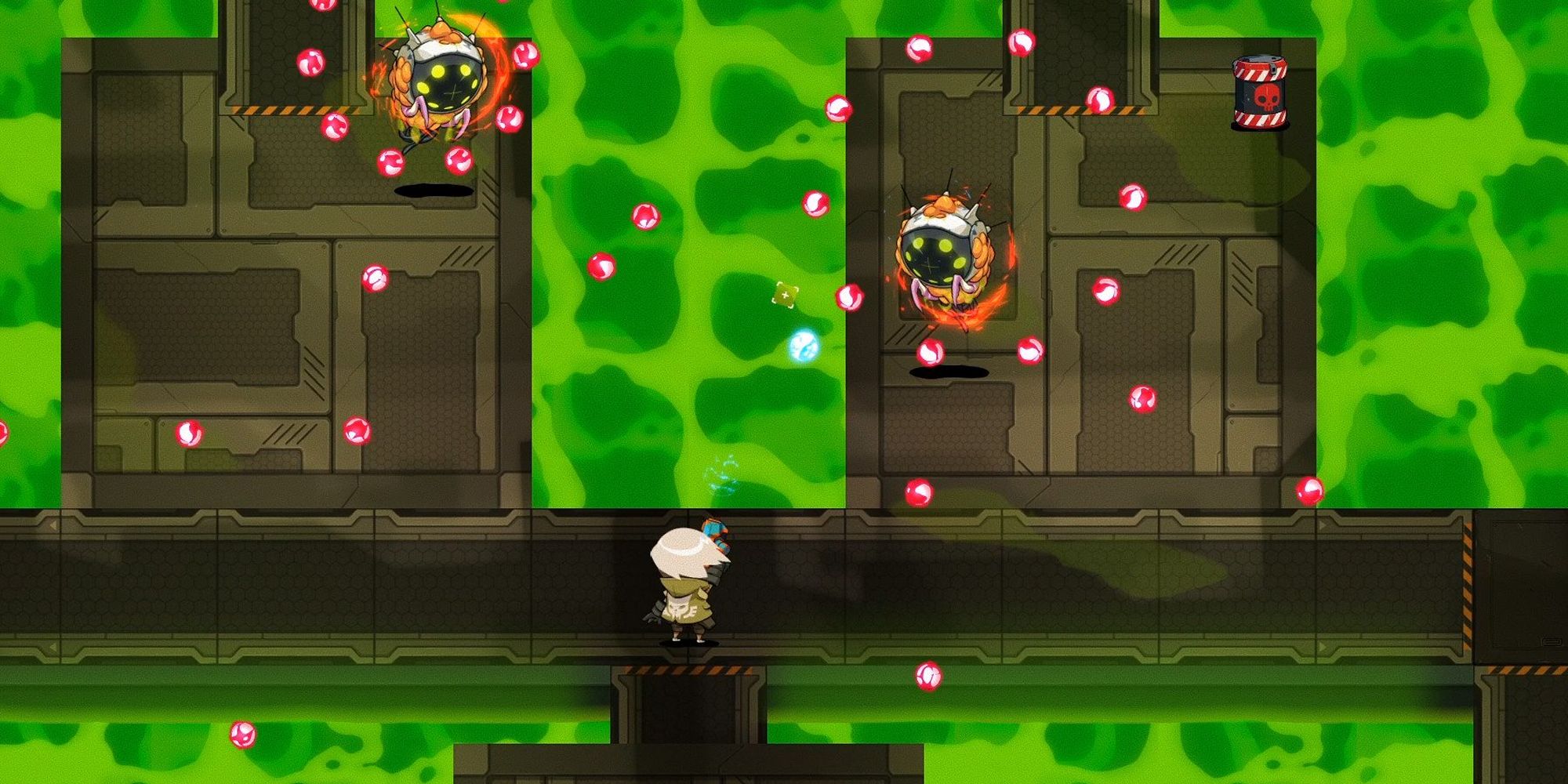 When you're trying to get through bullet hell, your primary concern is the bullets. This means it's very easy to focus solely on the bullets without paying attention to the area. Even if it's not your intention, avoiding getting hit can lead to walls or even worse, corners.

When you're there, your maneuverability is very limited and enemies can swarm you quickly with their projectiles and their bodies. To avoid this, you should always keep at least one enemy length away from any wall or barrier in the room. This means you should never cut through the center unless you absolutely have to as enemies tend to spawn in patterns meant to trap you. 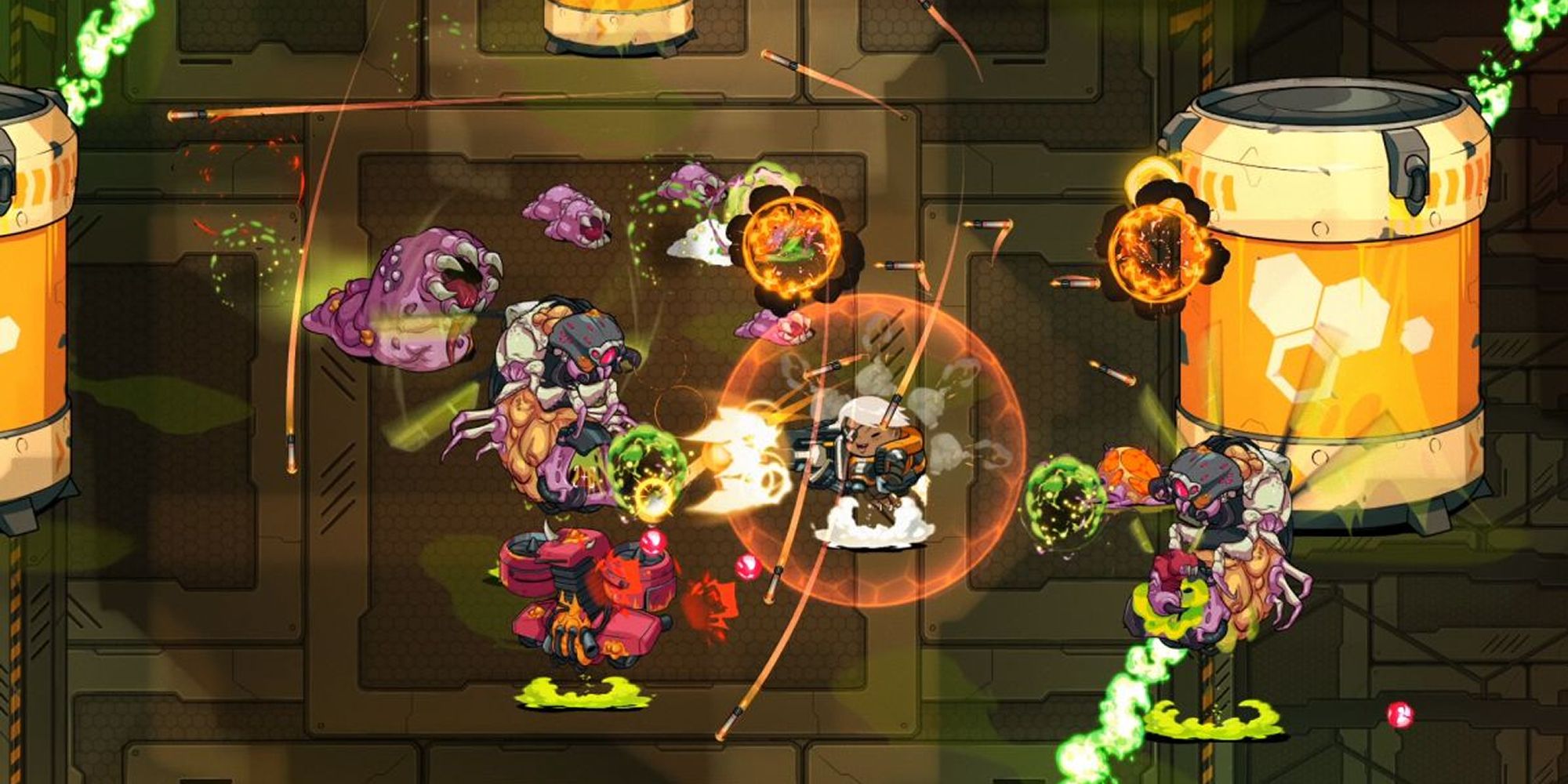 Sooner or later, you'll get to experience the power that is the namesake of Wildcat Gun Machine. As a special ability, you have a fiery orange bar above your health meter that builds with every enemy kill. Once it fills up, you can activate the Gun Machine, which is a powerful robot suit that outfits you with a ton of firepower and an impenetrable shield as long as it lasts.

Now even though there will be plenty of enemies to build it up, the Gun Machine is meant to clear rooms and get you out of tight spots. Because of this, you should limit your use of it unless you have plenty of enemy rooms to clear before reaching the boss. 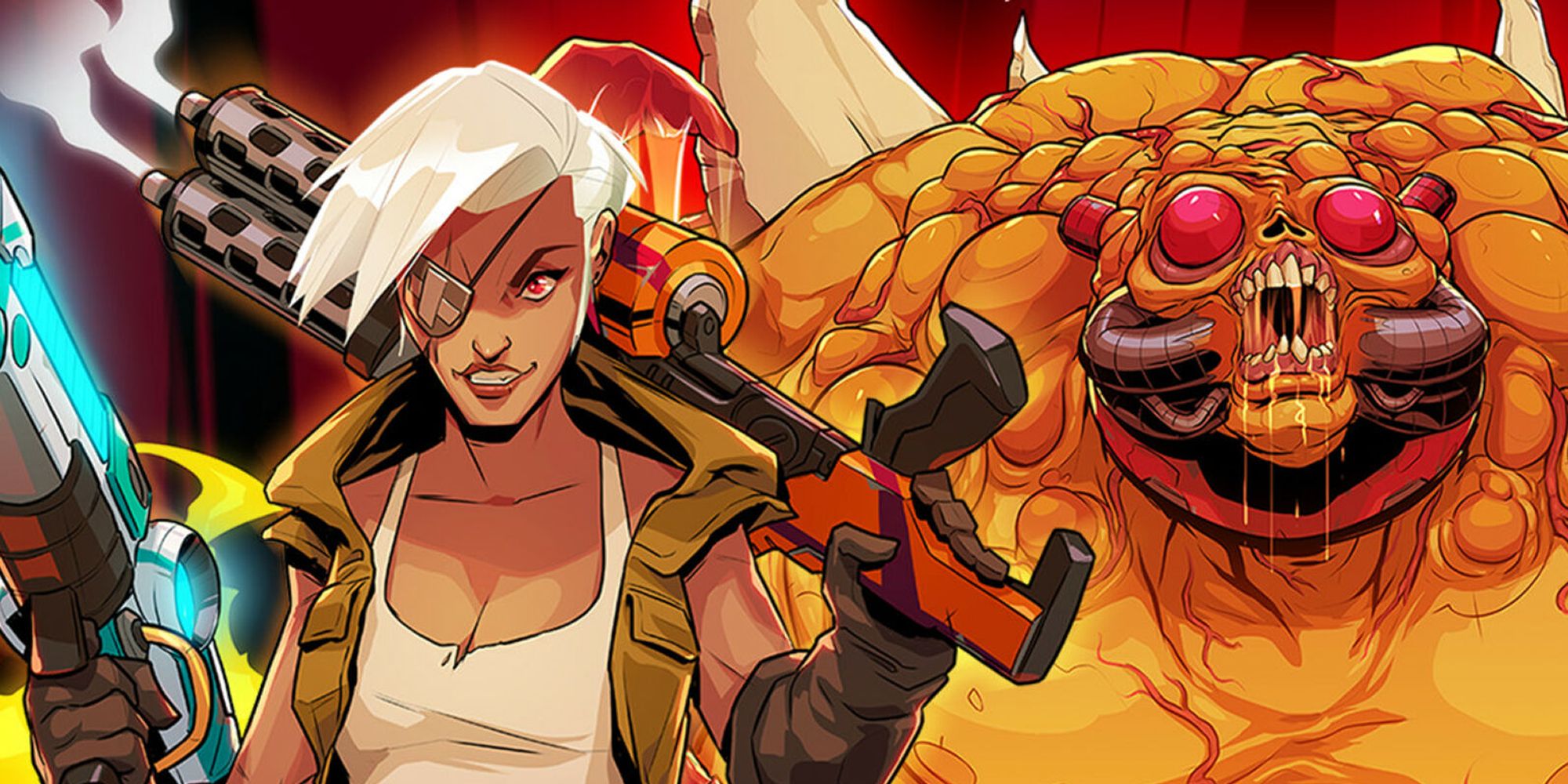 When you're avoiding bullets coming from every which way, it's natural to favor open rather than confined spaces. The thing is that Wildcat Gun Machine actually has varying layouts and assets that litter the different rooms you'll be fighting in.

Unlike some more unforgiving games, Wildcat projectiles don't go through walls so make use of them to separate enemies and reduce the number of bullets you need to dodge. There are also barrels and other explosives that can be set off to deal heavy damage to multiple enemies. So, if you see a room full of these things, expect a lot of opposition.

Take Out Spawners And Spammers First 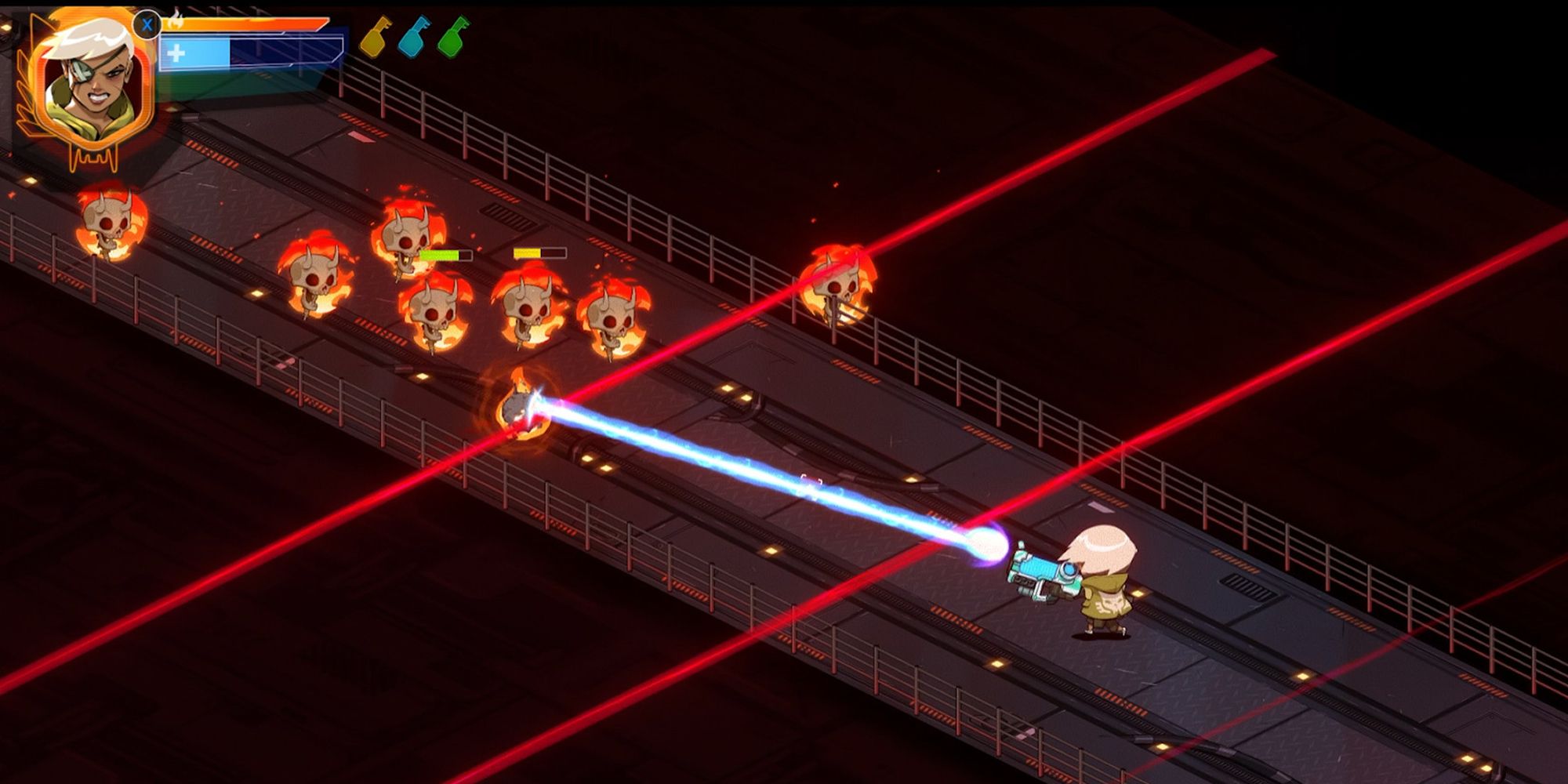 In order to make it through bullet hell, you need to take out whatever is firing bullets. There are a variety of enemy types from those that fire individual shots to those that charge straight at you. Still, the most annoying and dangerous are those who fill up the free space faster than the rest.

Two, in particular, are enemies that will fire streams of bullets at you and those that will consistently spawn smaller enemies to pursue you. As soon as see any of these types appear, take them out quickly to make things easier.