Most professions in World of Warcraft Classic are gold funnels. In order to level them up, you’ve got to spend an arm and a leg on materials so that you can craft useless gear to increase your skill level. Then there are gathering professions. They give you the ability to harvest materials from the world, the same materials that other players need to purchase in order to level their professions. When choosing your professions, the only real question is this: do you want to be spending gold or making it?

If you said making it, you’re in the right place. Mining is one of the most valuable professions in the game, provided you have your epic mount. It allows you to collect the minerals from mining nodes that spawn all over the world. Arcane crystals in particular can be worth as much as 50 gold apiece. Once you have your mining skill leveled to 300, there are a handful of places you’ll want to go in order to collect. The more popular of these routes are sometimes saturated with players. In these cases, it can be useful to head to another spot, even if it’s not quite as profitable. You’ll make more in a spot you have total control than one where you’re sharing resources with multiple players. 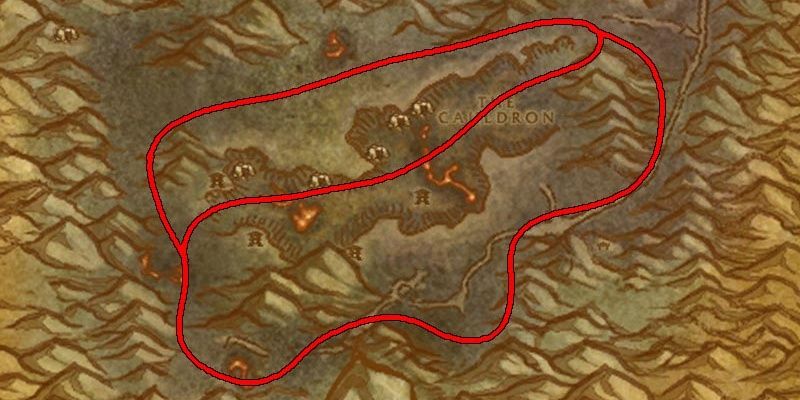 Despite there being a high density of nodes in this relatively small zone, the vertical nature of travel here makes collecting them a bit of a pain. Couple that with the fact that many of the ores are located inside twisting caverns, and you’ve got a mining route that’s more stressful than fun. 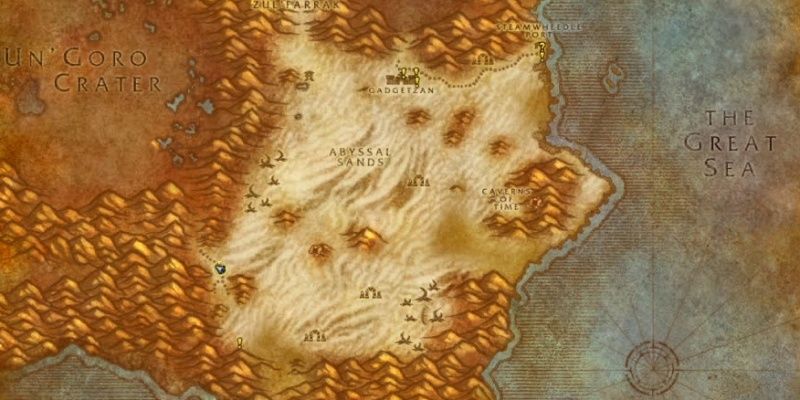 Tanaris might not be the most exciting place to farm ore, but it is a good option when the server is full of active miners. Mithril veins are abundant throughout the edges of the map. The route goes just along the map’s edges, following the mountains.

Every time you mine a mithril vein, there’s about a 40% chance of 1-4 solid stone dropping. A stack of 20 solid stone is worth around 5 gold, with this number varying somewhat server by server. Furthermore, if you happen to have fishing skill, you can double dip and fish the schools of stonescale eel and flotsam on the eastern coast. 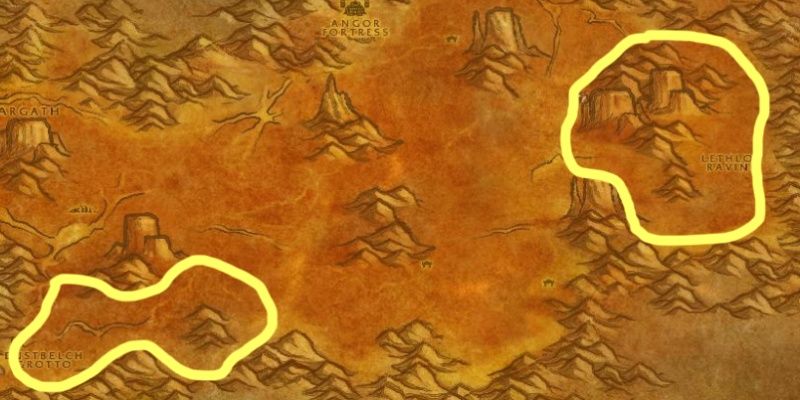 Much like Tanaris, the Badlands is full of mithril ore. There are also iron deposits here, but the iron ore and heavy stone they drop aren’t quite as valuable as the solid stones you’ll find in mithril deposits. While grinding out the ores here for solid stone is great, the real appeal of this zone is the earth elementals you’ll run across along your routes.

They have a chance to drop more solid stones as well as the valuable reagent Elemental Earth. While Elemental Earth isn’t especially expensive right now, when the Temple of Ahn’Qiraj drops in phase 5 the price for this reagent will sky rocket. In other words, this is a long term investment spot. One that will pay out heavily for those willing to suffer the wait. 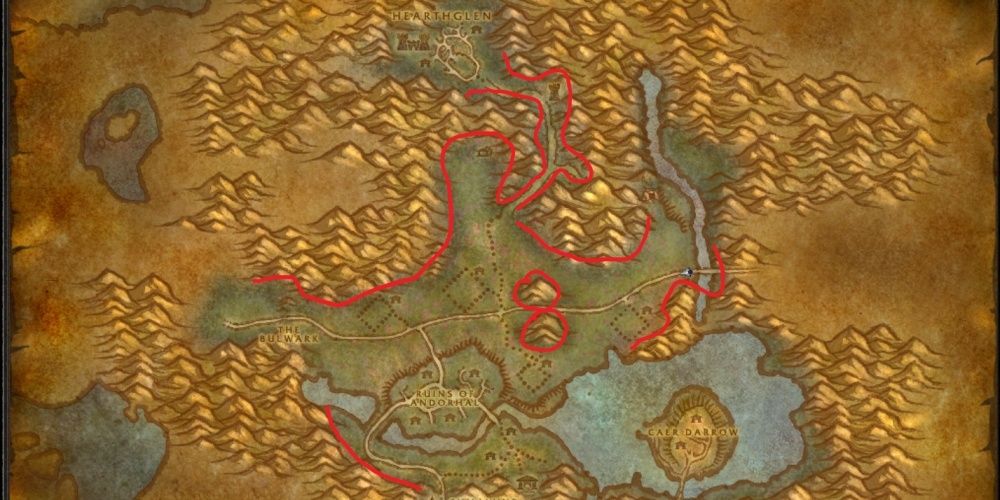 The Western Plaguelands is another lesser-known farming spot for miners. There may not be a grand circuit of rich thorium veins like in some of the more popular spots, but there are pockets of the stuff in a couple of locations along the route. These locations are Hearthglen to the north, as well as the cave on the left side of the river on the eastern side of the map. Beyond that, you’ll be picking up small thorium veins and mithril deposits everywhere else.

As far as the total potential of the route, Western Plaguelands pales in comparison to some of the later entries on this list. That being said, when those superior locations are saturated with miner competition, WPL is one of the few places where you can pick up rich thorium veins with rarely any competition. 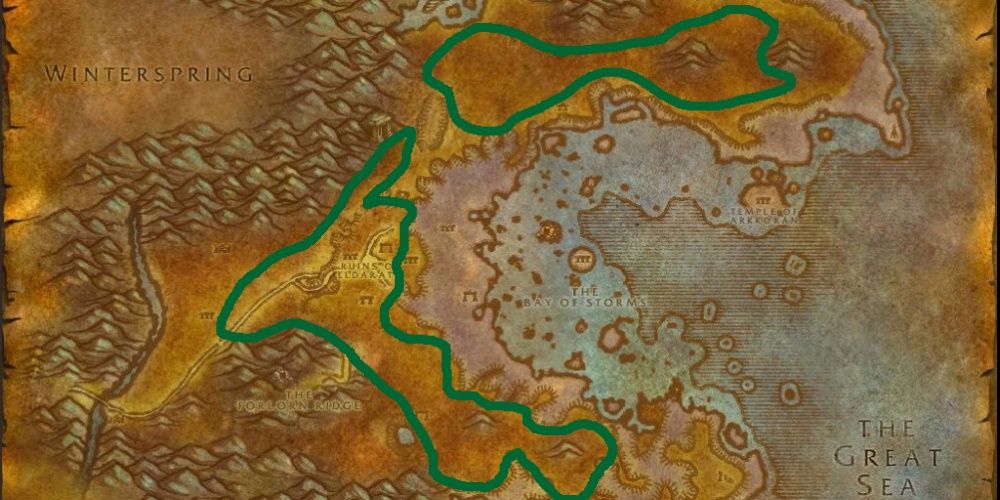 While home to the valuable rich thorium vein, Azshara’s spawns are few and far in-between. This might be a problem that players would tackle, but almost a third of the nodes are located on small islands throughout the flooded middle portions of the map. Swimming across half the zone for a lesser chance at rich thorium veins than other zones isn’t exactly an appealing option.

As a result, Azshara is often ignored by mining entrepreneurs. This being the case, Azshara can provide some decent results when the more popular locations are too competitive. In your downtime between runs, the satyrs here along the routes can be killed for felcloth and artisan fisherman can drop some lines in the bay of storms. 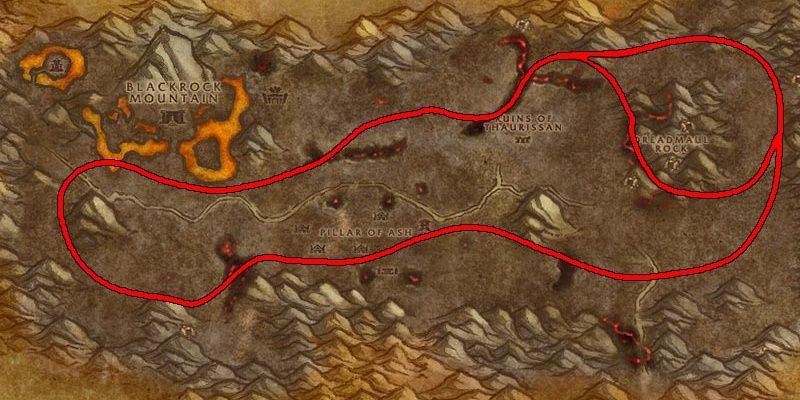 Here you’ll find every mining vein under the sun. Or maybe under the smog would be more appropriate. Whatever the case, mithril, iron, and small thorium veins are abundant throughout the zone. There is also a couple of highly coveted rich thorium veins that spawn along the route.

If you happen to be a skinner, during your runs you can kill the dragonkin for black dragonscales as well. Even if this is not the case, the dragonkin camps have chests that spawn fairly frequently which you can loot for vendorables. It’s easy to do a couple of loops here while waiting for your blackrock mountain dungeon group to arrive. 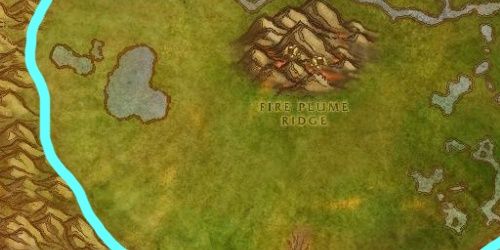 The prehistoric realm of Un’goro Crater doesn’t have the most rich thorium vein spawns, but it does offer fire elementals you can grind while waiting for them. The fire elementals of Fire Plume Ridge drop elemental fire at an 8% rate, which goes for anywhere from 6-10 gold depending on your server. Unfortunately, the area is often camped by other players.

From Fire Plume you’ll run southwest to the mountains and then up along them until you reach the lake. Running the route alongside killing the elementals is a great strategy, as when the elementals are dead you can check on spawns outside of Fire Plume Ridge. You’ll also find some mithril deposits along the way which provide a little bit of supplementary income. 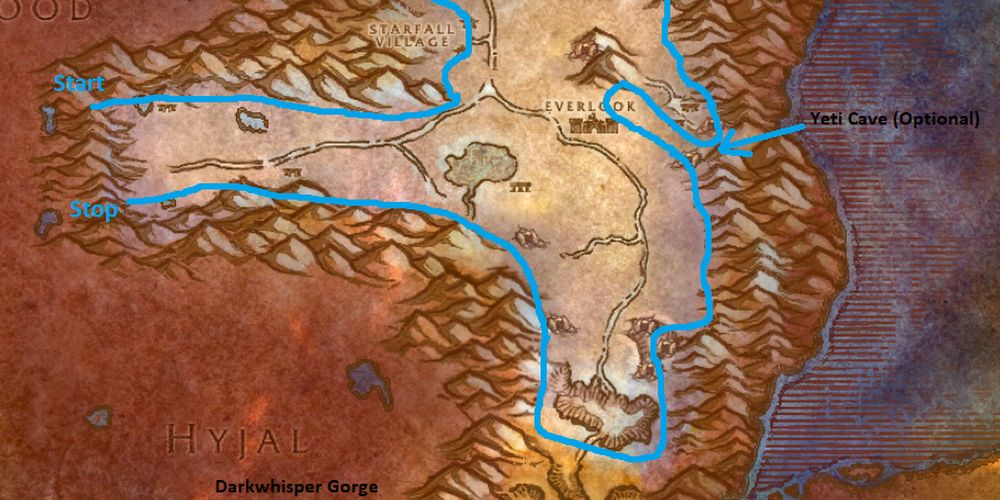 These last three spots are known by just about anyone who has achieved 300 mining skill. These locations are the primary reason that people stick with mining for so long, as each of them provides the highest density of rich thorium veins. And, as a result, the greatest chance at finding those sweet, sweet arcane crystals.

Winterspring has four spots where the rich veins spawn. Peppered in-between the spots are small thorium veins as well. Unlike all of the previous spots, there are no tangential income grinds provided here. It’s rich thorium veins or bust. 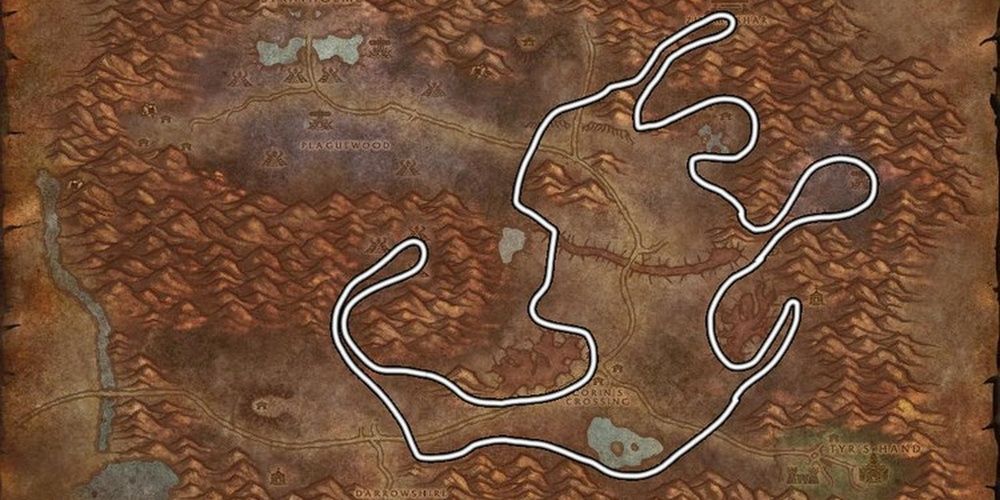 There’s also the opportunity to grind water elementals at the lakes along the way. These elementals drop Essence of Water at a 3% rate. The essences go for around 8 gold. Despite what people might tell you, Eastern Plaguelands is more profitable for grinding rich thorium veins than Winterspring due to the presence of these elementals. 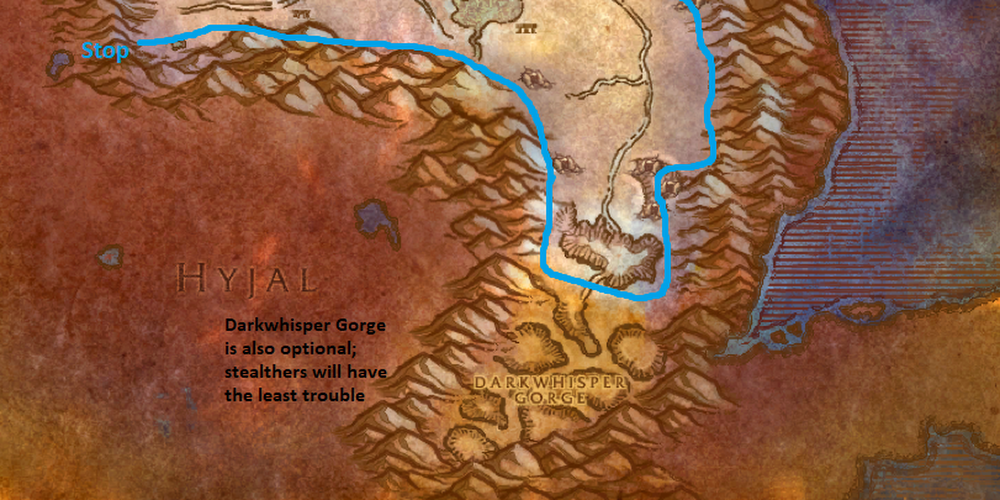 Located in Winterspring, Darkwhisper Gorge is the ultimate rich thorium vein spot. It’s also extremely dangerous, as the gorge is home to level 60+ demon elite mobs. Farming nodes here is easy enough for rogues. But other classes will struggle to make it work as they learn the intricacies of running the route while avoiding mob aggro.

Despite the difficulties, Darkwhisper Gorge is undoubtedly home to the highest number of rich thorium veins. Once you manage to master the route, if you have zero competition for a couple of hours you will undoubtedly be rewarded heftily with a handful of arcane crystals.