Fishing has been a secondary profession since World of Warcraft was first released, and the tradition continues with the new expansion, Dragonflight. The profession is still just as rewarding and tedious as the real deal, with even more rewards, contests, and toys as an incentive to travel the world.

Those who are accustomed to the older system have some new skills to learn and tools to use. Crafting Orders and the lack of a skill tree have changed the way fishing works. If you're new to the game, the amount of new information can be daunting, and it's helpful to know where to start.

The Classic version of WoW has the older version of the Fishing minigame that's a lot different from what you'll experience in the current retail game. Any guides, maps, or lists that you find about Wrath of the Lich King are not interchangeable with information for Dragonflight. 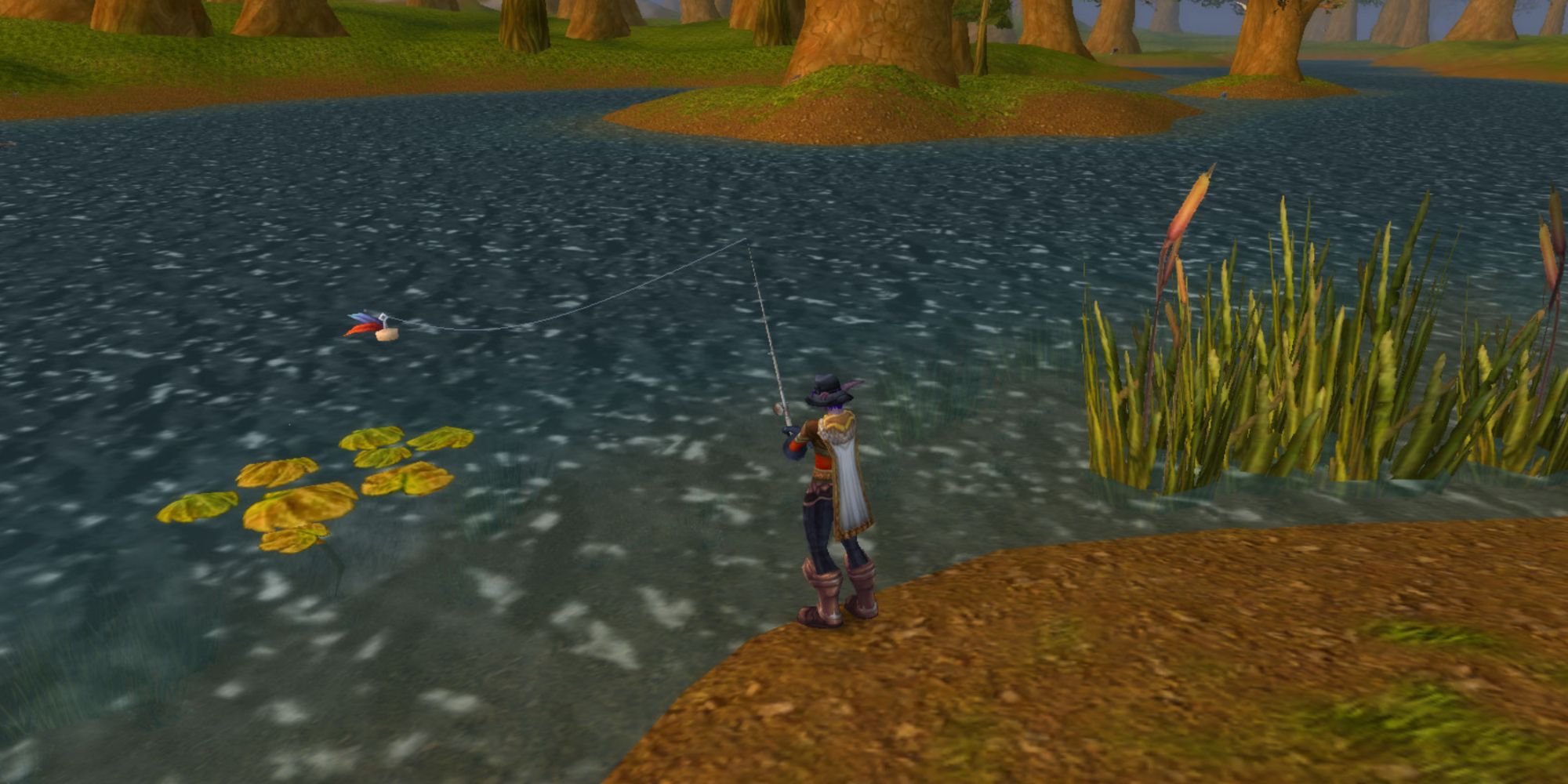 This profession has been streamlined a lot in past expansions, taking into account basic quality-of-life issues like bag space and travel capability. The handy Fishing Journal menu not only keeps track of your training level and fishing-related discoveries but also gives you a place to store your equipment so your bags have more space for your catch.

In your Fishing Journal, there's a pull-down menu that lists each of the expansions, starting with the earliest version of the game. Now that level-scaling is a thing, you can visit these areas whenever you want, but some trainers continue to withhold their knowledge depending on your level.

Some of these areas are specific to certain factions at first but unlock later, provided you finish the war campaign achievements. If you aren't trained to fish in a certain area, your character can still fish there, but they won't be awarded any skill points.

There are all kinds of fun and unique fishing accessories in the game, but many of them are cosmetic. Leatherworkers with the Harvesting skill can craft lures.

Fishing And The Crafting System

When it comes to Fishing, some of the best gear is made by Engineers. The Draconium Fisherfriend is one example, and if you're not an Engineer, you have the option of "ordering" one, so to speak, using this system.

The concept of Crafting Orders is new to this expansion. Every capital city now has an NPC responsible for these orders, and the system looks similar to an Auction House. You can request that items be crafted and have the option of providing the materials to make the process faster. You can place a general order that anyone can fill, or send one to a friend if you have a helpful pal at hand.

Some of the old fishing quests from the Classic days live on, like "Nat Pagle, Angler Extreme" which rewards one of the nicer fishing poles in the game and is now accessible to characters as low as level 15. The fancy Bejeweled Fishing Pole is one of the possible rewards from the Dalaran daily quest, and the Pandaren have a whole list of dailies for fishing alone.

Today there are an amazing amount of quests in the game related to fishing, and they include regular quests along with Daily Quests. Every major city has a Daily Quest that you can do at any level, offered by the local fishing trainer. 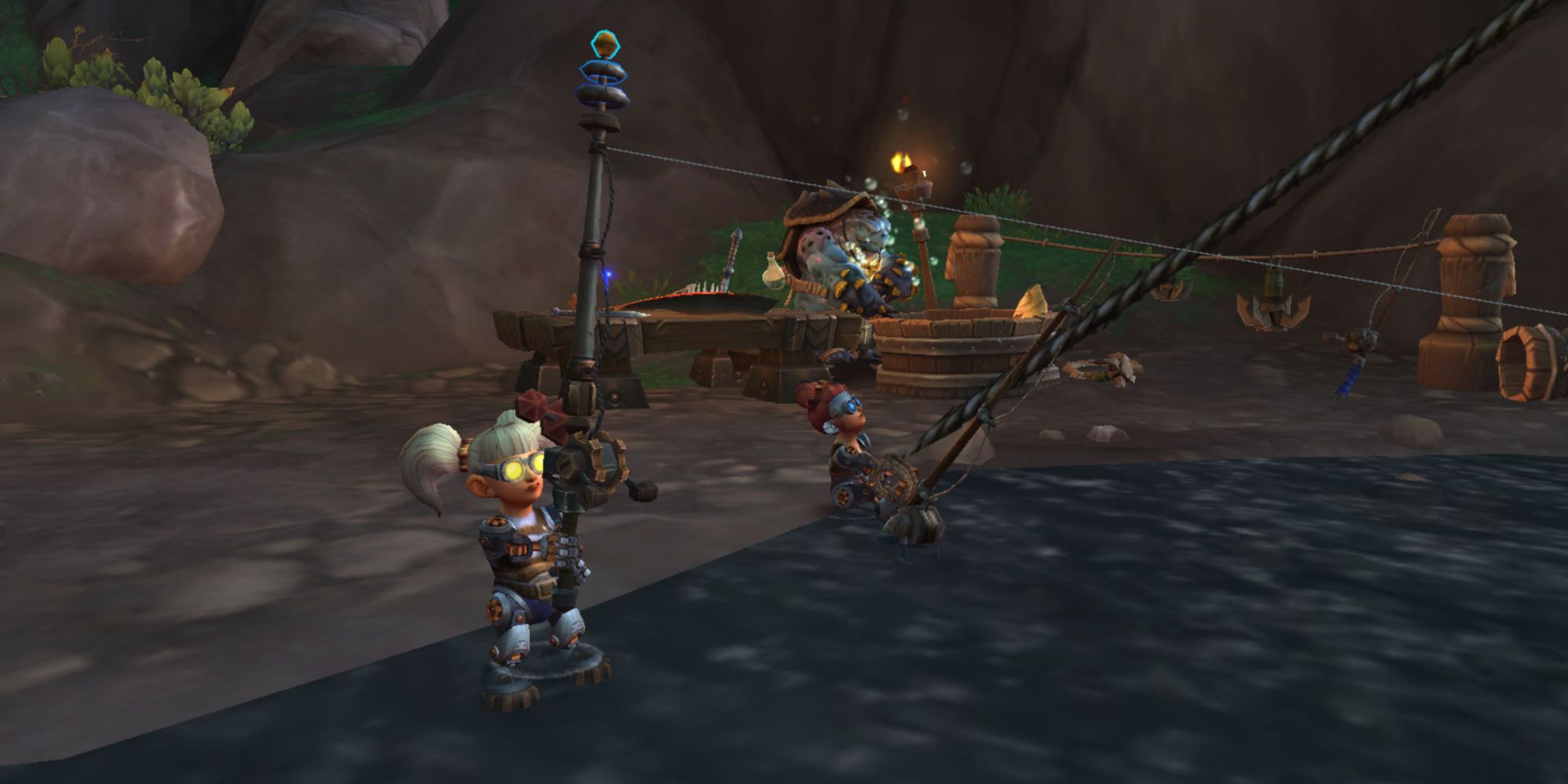 There are Fishing trainers in every capital city throughout Azeroth, along with some in smaller towns near starting areas. These trainers can teach you everything from Classic to Legion, so you don't have to visit different trainers for different areas until later. Start traveling when you're ready to learn fishing in an area from a later expansion, like The Broken Isles or Zandalar.

There are some NPCs of note that all dedicated fisherfolk should pay a visit at least once.

Getting Renown, which used to be known as Reputation, with the Iskaara Tuskar is one of the most important additions to the game for the Fishing Profession. They can teach you how to make nets, harpoons, and other handy fishing accessories.

How To Level Fishing 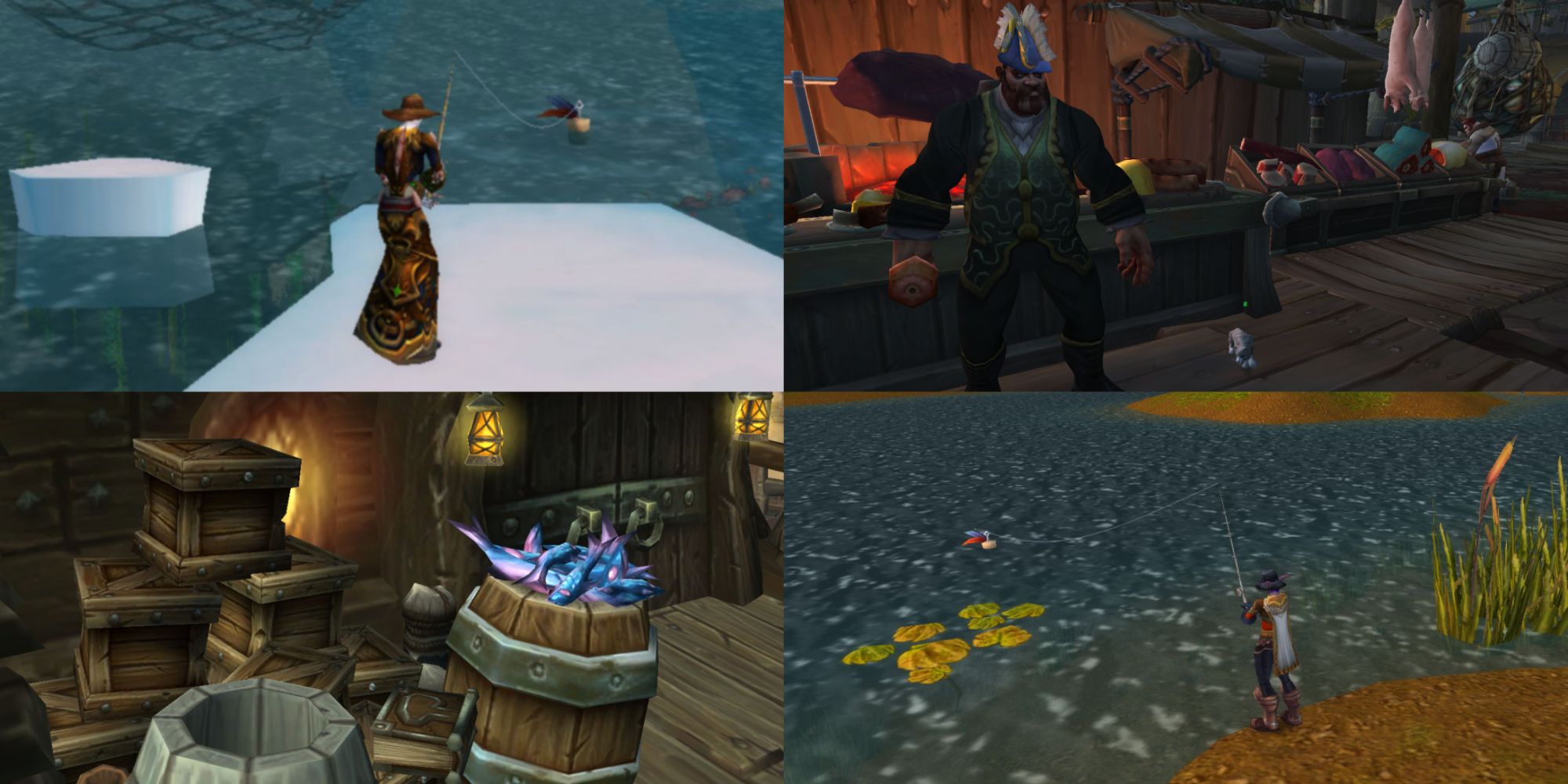 Profession stats are a new concept in the Dragonflight expansion. These are stats that are connected to either your crafting or gathering professions. Fishing is a Gathering Profession, and the three skills for gathering are Perception, Deftness, and Finesse. Perception is the most important one for Fishing.

Visit the trainer in your closest major city in Old Azeroth to get started. This gives you Classic and Cataclysm training to start with, but you don't have to do them first. In previous versions of the game, the maximum fishing level was 450. Now the Fishing skill can be leveled separately depending on your location and has a maximum level of 300.

For example, even if you have a low Classic Fishing skill, you can travel to Kul'Tiras, get trained there, and level your fishing while visiting Jaina Proudmoore's homeland.

The zones after Classic are small enough that you can drop your line almost anywhere and level your Fishing. However, the only one here that's not completely intuitive is Classic, and some hints and tips for the best locations to grind are helpful.

The following zones will scale to your level, except Nazjatar and some places on The Broken Isles, so you can grind them at any time while also grinding Classic Fishing.

The last two and most recent additions are the only ones that have a set level before you can access them.