World of Warcraft: Dragonflight features eight new dungeons, some of which you will encounter as you venture through the main campaign. Found in the Waking Shores, the Ruby Life Pools are the sacred location in which the Red Dragonflight raise the eggs of their kin, protecting and guarding them against all threats. However, Raszageth the Storm Eater has laid siege to the Pools, seeking to steal the eggs, thereby removing the influence of the Titans upon her kind once and for all.

This guide will teach you the fundamental mechanics and layout of the Ruby Life Pools Dungeon. It will cover notable trash mechanics, boss strategies, loot, Mythic Plus routing, and more. 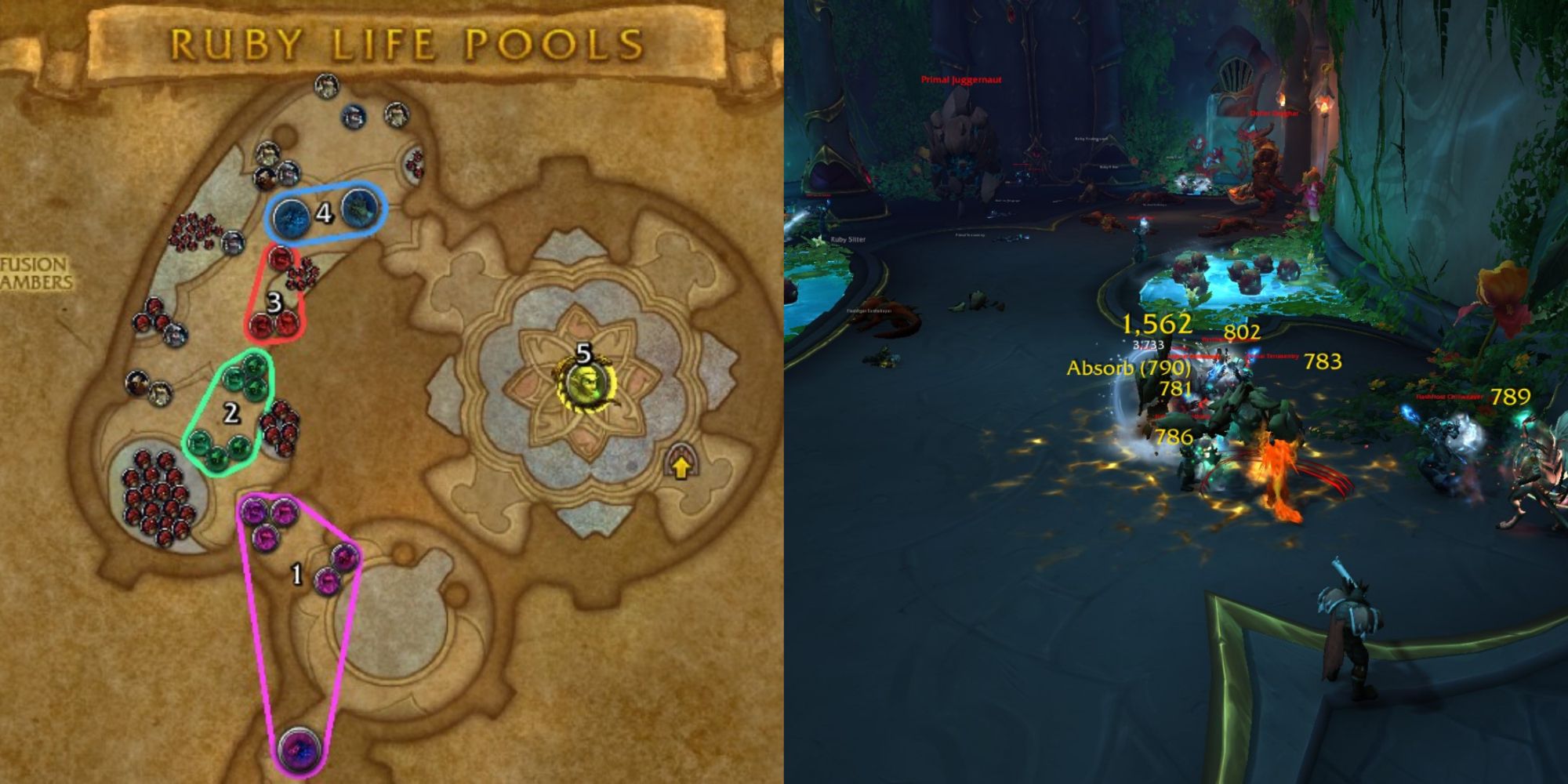 Before the first boss lies the Infusion Chambers. A long corridor featuring several types of enemy, this section is typically the easiest part of the dungeon, with only a few mobs being of any notable consequence.

You can aim to complete this section in five pulls while making sure to pull the initial Primal Juggernaut into the next pack of mobs. If you are tanking, make sure to utilise a line of sight to group up the packs. This will allow your DPS to cleave more effectively and prevents any ninja pulls.

Lining the corridors on the Infusion Chambers are Dragon Eggs. It is important neither players nor enemies walk over these eggs, as they will endlessly spawn Infused Whelps, which while squishy, will apply a stacking Chill effect to their target. 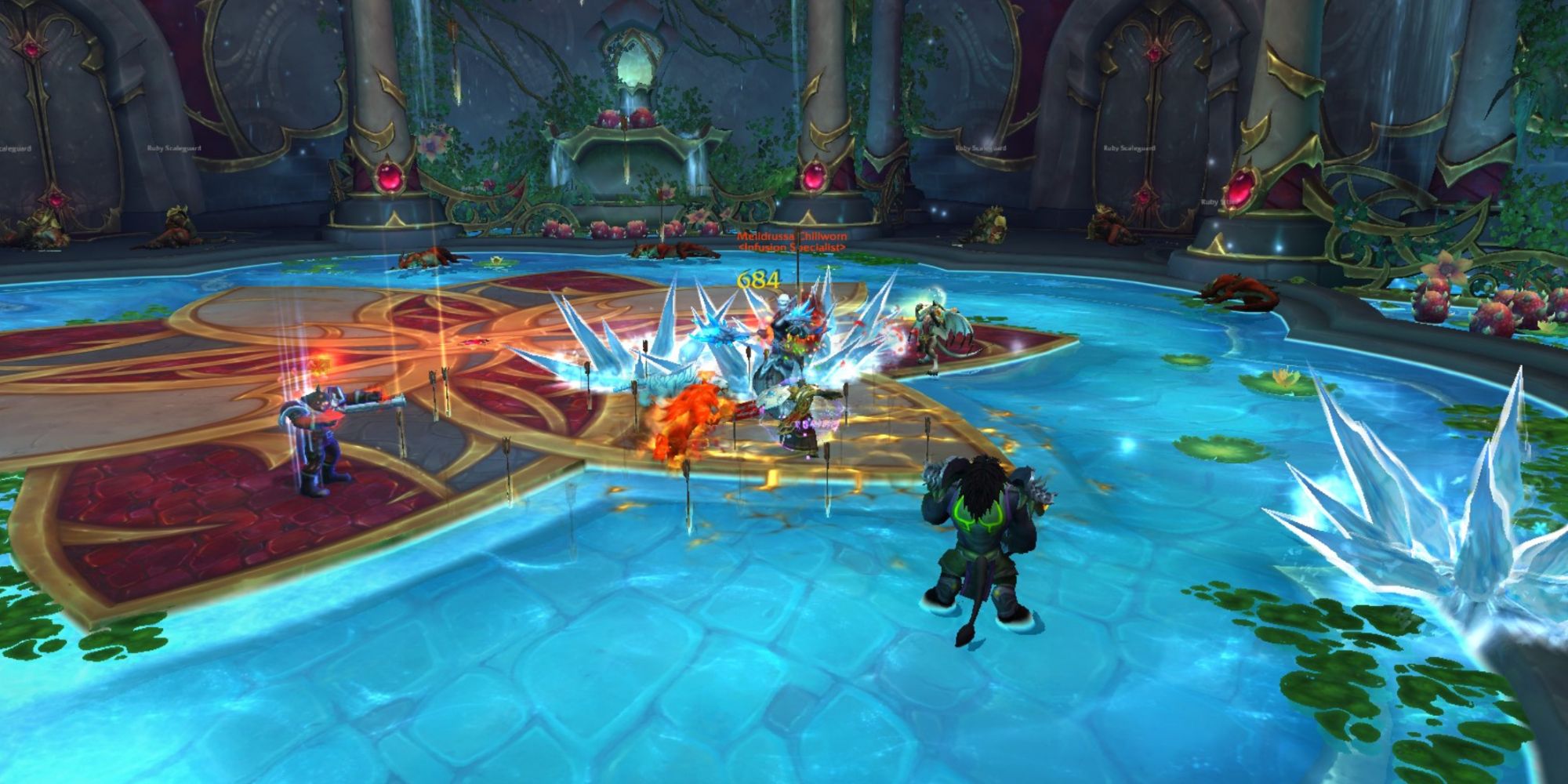 Standing at the end of the Infusion Chambers lies Melidrussa Chillworn. A powerful Frost Mage, she provides a high-damage fight which can be stressful on your Healer. 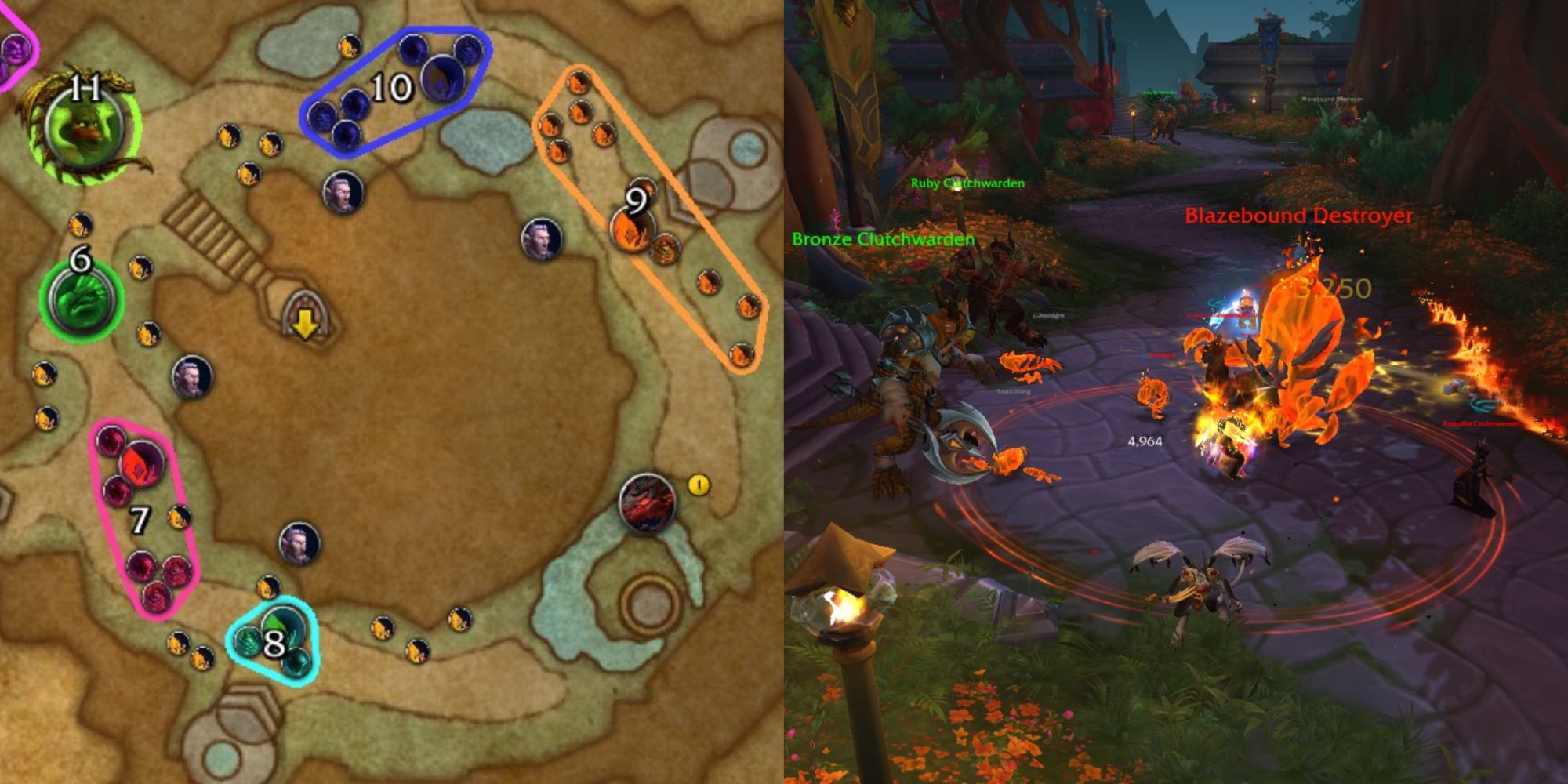 The most challenging section of the dungeon on Fortified weeks, the upper ring of the Life Pools features some especially difficult enemies. Before fighting the second boss; Kokia Blazehoof, you must first clear out the four Blazebound Destroyers located around the platform.

Flamegullet can actually be avoided if you are careful enough, as he flies around the platform. He is a truly horrible mob so try not to pull him! 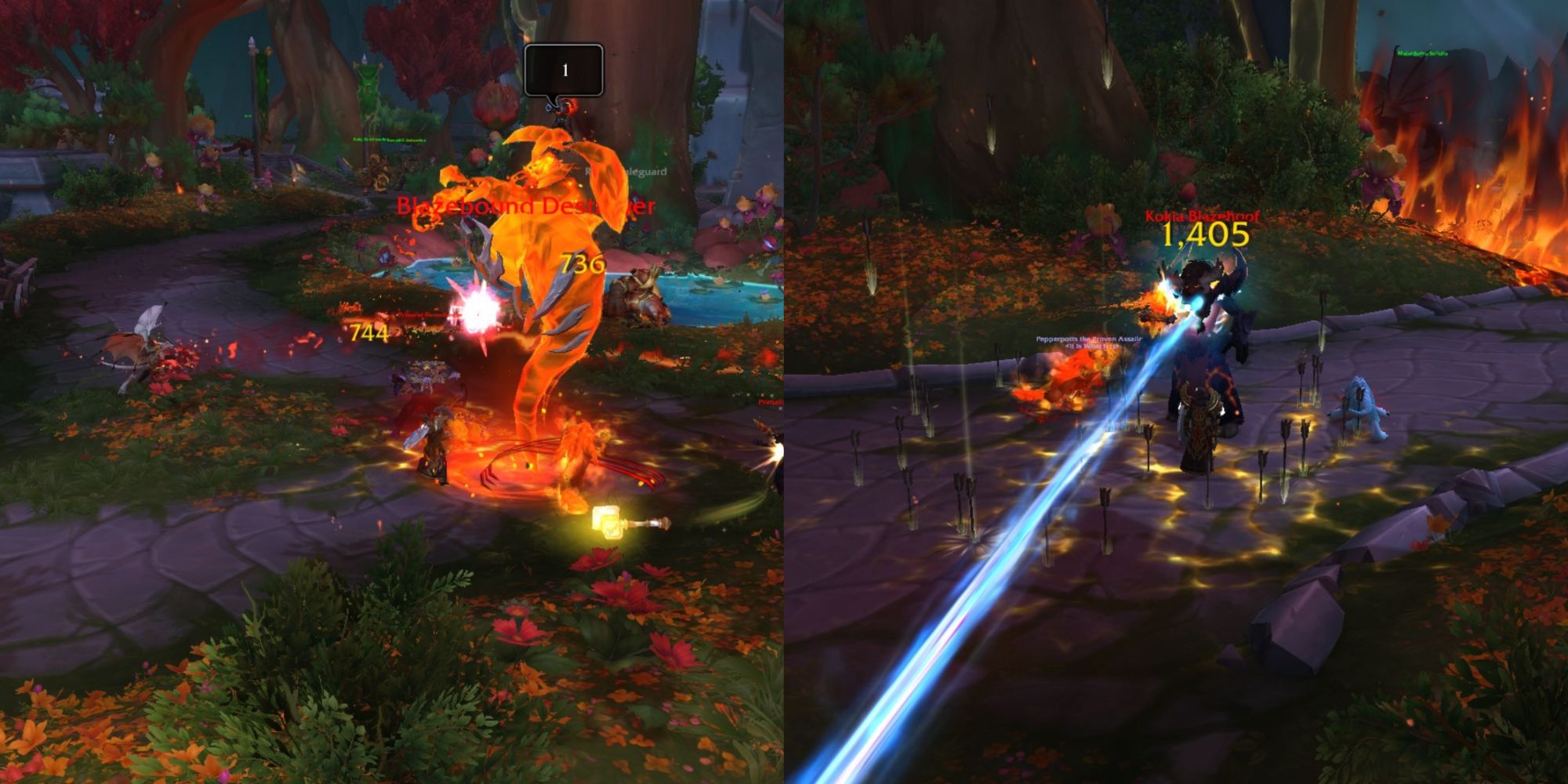 The second boss in the instance, Kokia, is all about positioning. Running far away from your group can be detrimental, so try to remain semi-stacked. 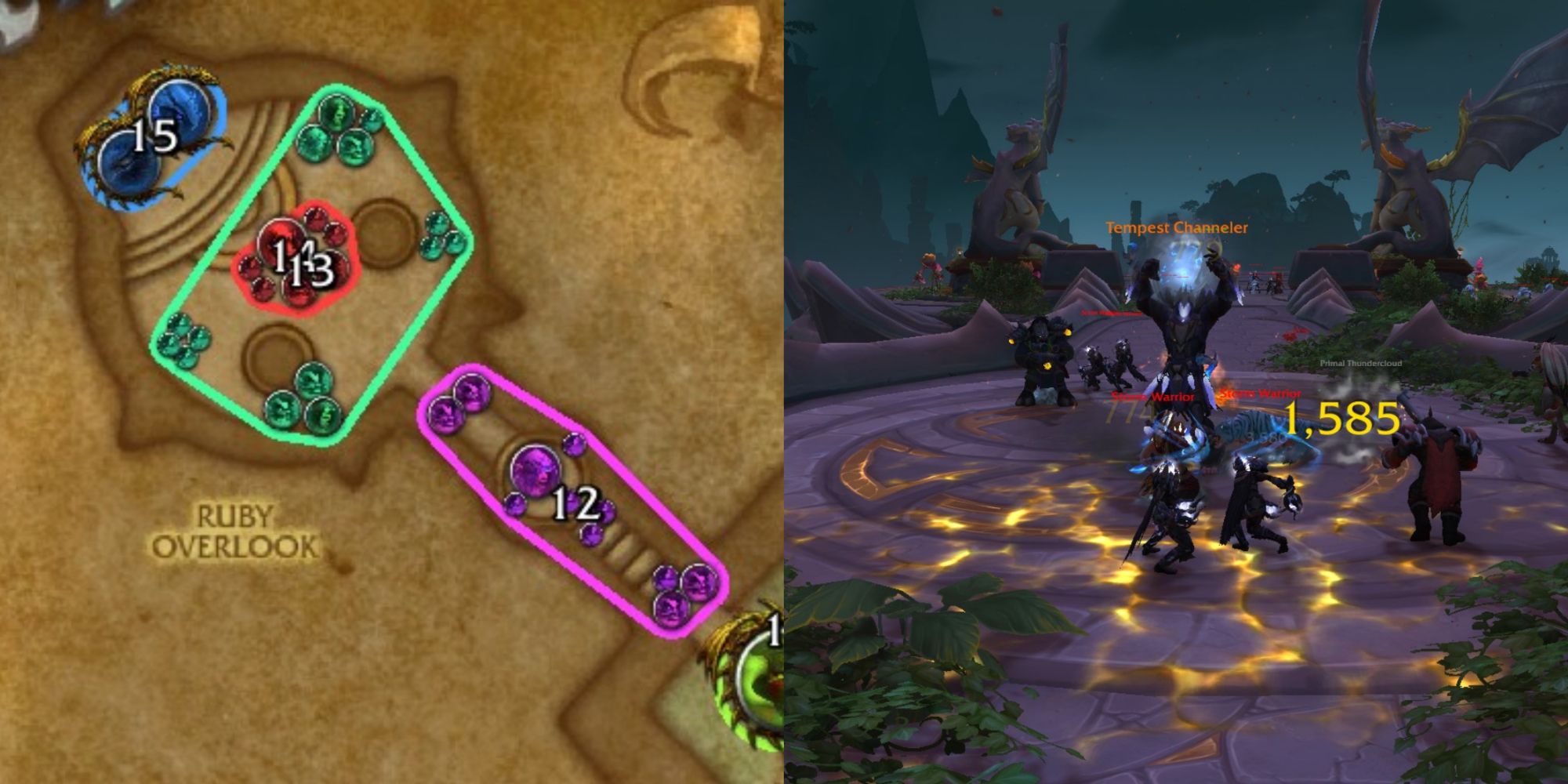 The final section is a long open-air platform, featuring many storm enemies and a mini-boss. Mainly rough on your Healer, this part is thankfully not as tricky as the previous one. 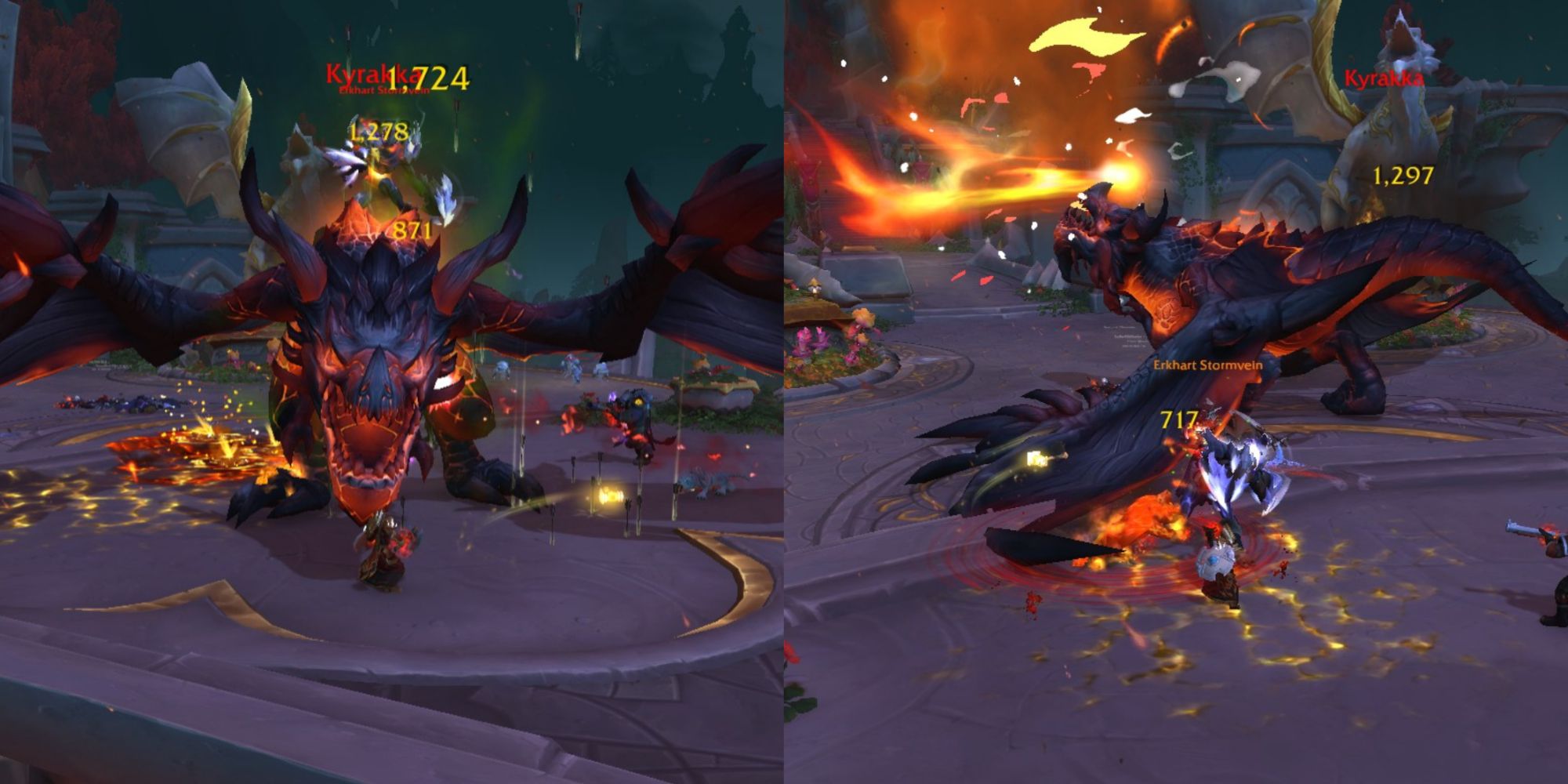 Undoubtedly the most challenging fight in the dungeon, and possibly one of the most difficult dungeon bosses in Dragonflight. This is a two-phase encounter featuring heavy movement and heavy damage. So focus on your positioning and try to stay close to your healer.

If you have some ranged DPS in your group, you should try to focus your damage into Kyrakka, as the dragon's abilities are much more impactful than Erkhart's, and the fight becomes much easier once one of the bosses is dead.

Phase One sees the bosses separated, with Kyrakka flying around. When either boss reaches 50 percent health, Phase two will start. Erkhart will jump onto Kyrakka's back and you can cleave both of the bosses – although focusing one down is the better play the majority of the time.

This fight is very hectic, so try to stay calm and focus on dropping off any fire pools at the edge of the platform. Avoid getting boxed in and don't be afraid to use up most of the platform to find some free space! 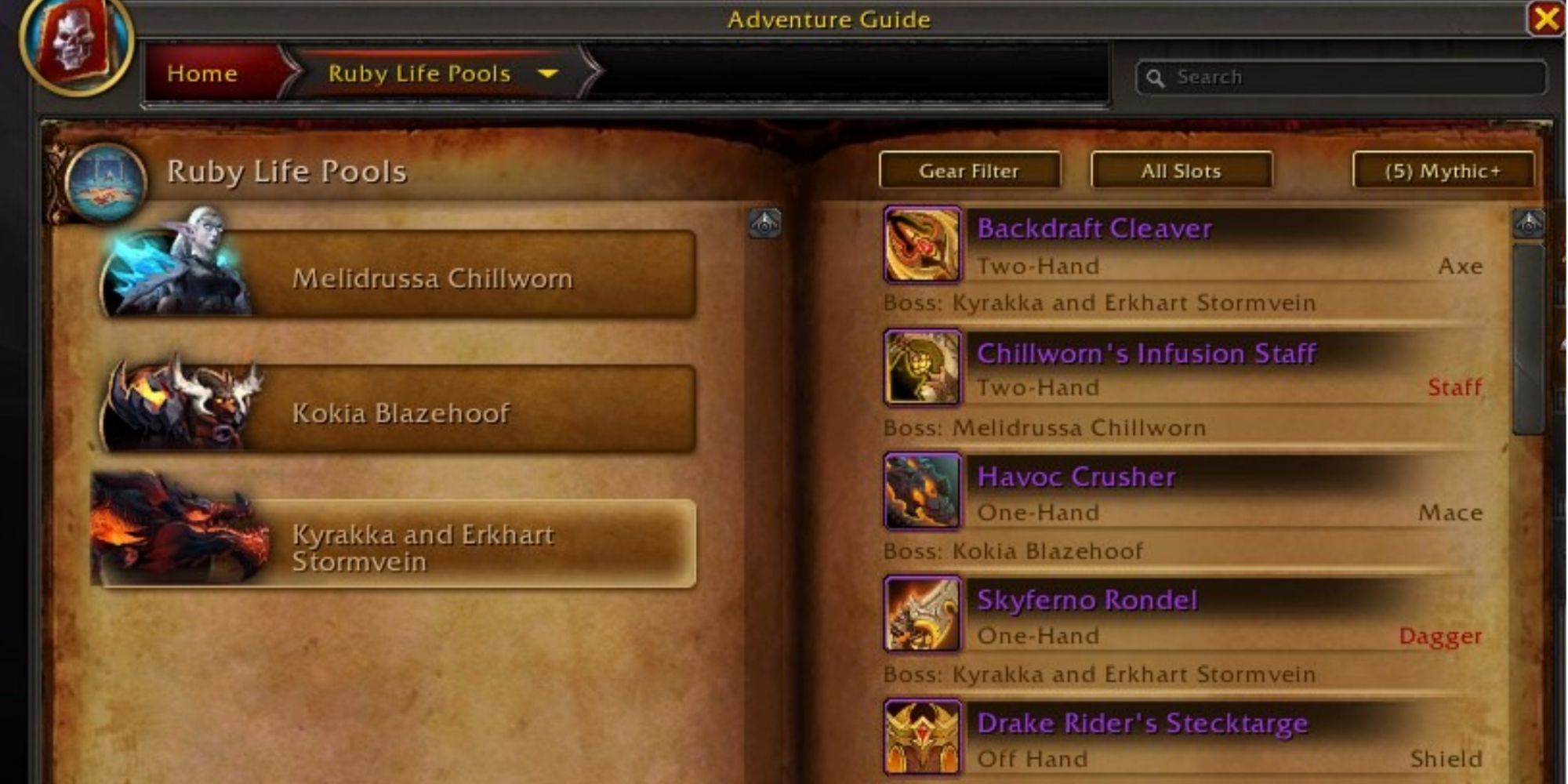