Gavin Moore, creative director at Sony Interactive Entertainment for the Demon’s Souls remake, did a bunch of interviews with various publications talking about the upcoming PS5 launch title. Demon’s Souls is the classic PS3 action-RPG that started the Souls franchise and harkens back to a classic style of gameplay where trial, error, and memorization of attack patterns were the keys to victory.

That’s basically all still there in the PS5 remake of Demon’s Souls. Also retained from the original game are the slightly confusing World Tendency system and the surprisingly fun PvP Old Monk boss fight.

Actions the player takes in the world can cause the World Tendency to trend white or black. Kill a boss and it’ll go to white, but dying and losing your body will make it shift black. On top of that, World Tendency also determines that world’s difficulty. White means spawning in with max HP and enemies that hit at their weakest, while black means spawning at a reduced HP cap and enemies that hit harder than normal.

The system can be extremely punishing for unskilled players as it can result in a downward spiral of death leading to increased difficulty leading to more deaths. And there’s not going to be any difficulty settings to make it any easier.

The only change to World Tendency in the remake will be to make it a bit more obvious what the current Tendency state is for each World. 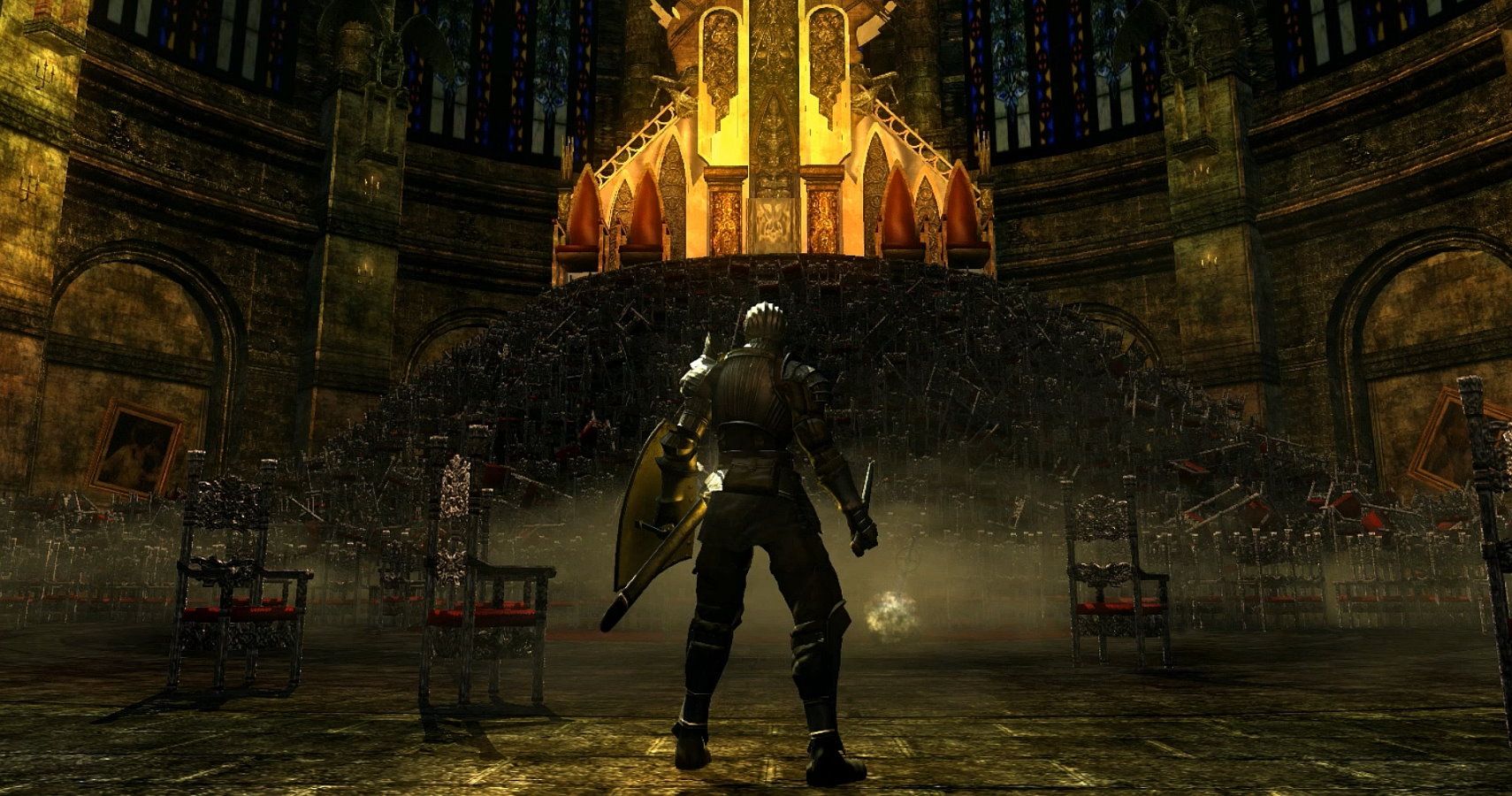 Demon’s Souls will retain the same grind as the original too, but it’ll feature all-new finishing animations and omni-directional rolls to make this at least a little more modern.