The following article contains spoilers for World of Warcraft: Shadowlands, on sale now.

World of Warcraft: Shadowlands introduces never before scene planes of existence filled with characters and cultures that have thus far been completely unknown to players. Among them is a vampire-like king named Sire Denathrius who rules over a gothic realm that is fueled by the suffering of the damned and is totally not evil at all, we swear. What would make you think that?

Here’s the Shadowlands CliffsNotes: When a person dies their soul is sent to a place called Oribos where a supreme arbiter examines their life and determines what kind of person they are. If they are beyond redemption, their soul is sent to a realm called The Maw where they are tortured for all eternity by The Jailer. There are infinite realms in the Shadowlands where the dead can live out their afterlives and all of them are powered by anima, the life force that souls bring with them to the Shadowlands.

Another realm that the Arbiter may assign souls to is called Revendreth. In Revendreth, evil and prideful souls are tortured and drained of their anima so that they might be redeemed and saved from the eternal damnation of the Maw. The souls that have been redeemed become the Venthyr, beings created in the likeness of Sire Denathrius that make up the kingdom of Revendreth.

When you first encounter Sire Denathrius, ruler of Revendreth, he is dealing with a rebellion led by his own son, Prince Renethal. Thanks to the scheming of The Jailer and Sylvanas, every soul is bypassing The Arbiter and traveling directly into The Maw. Thus, every realm is experiencing an anima drought as no new souls have arrived to bring fresh anima. As you travel through the various realms of the Shadowlands, you’ll find conflict between various factions that are fighting over the few remaining scraps of anima, and Revendreth is no different.

Thanks to the drought, there is a rebellion underway when you arrive in Revendreth. Despite looking and talking and acting like a vampire, you will know from adventuring in the three previous realms that drought has been caused by The Jailer and is affecting all of the realms. The Venthyr that are rebelling against Sire Denathrius are misguided; Denathrius is not responsible for the anima drought in Revendreth.

Except, of course, he is.

Believe it or not, this stand-in for Satan, who looks like a vampire, lives in a gothic castle, and sucks the souls out of the wicked, is actually a villain. At the end of the Shadowlands campaign, it’s revealed that Denathrius is in league with The Jailer and has been siphoning anima from all of the realms and feeding it into the Maw in order to help The Jailer escape. Shocking.

It makes the most sense, story-wise, considering Denathrius is sort of number one at harvesting anima. That said, it’s just a little bit flat to reveal in the final moments that the obviously evil guy is actually evil. It’s still a great setup for what we’ll be dealing with throughout the rest of the Shadowlands expansion, and Revendreth is still my favorite realm in all of Shadowlands, but come on…look at this guy. Duh, he’s evil. 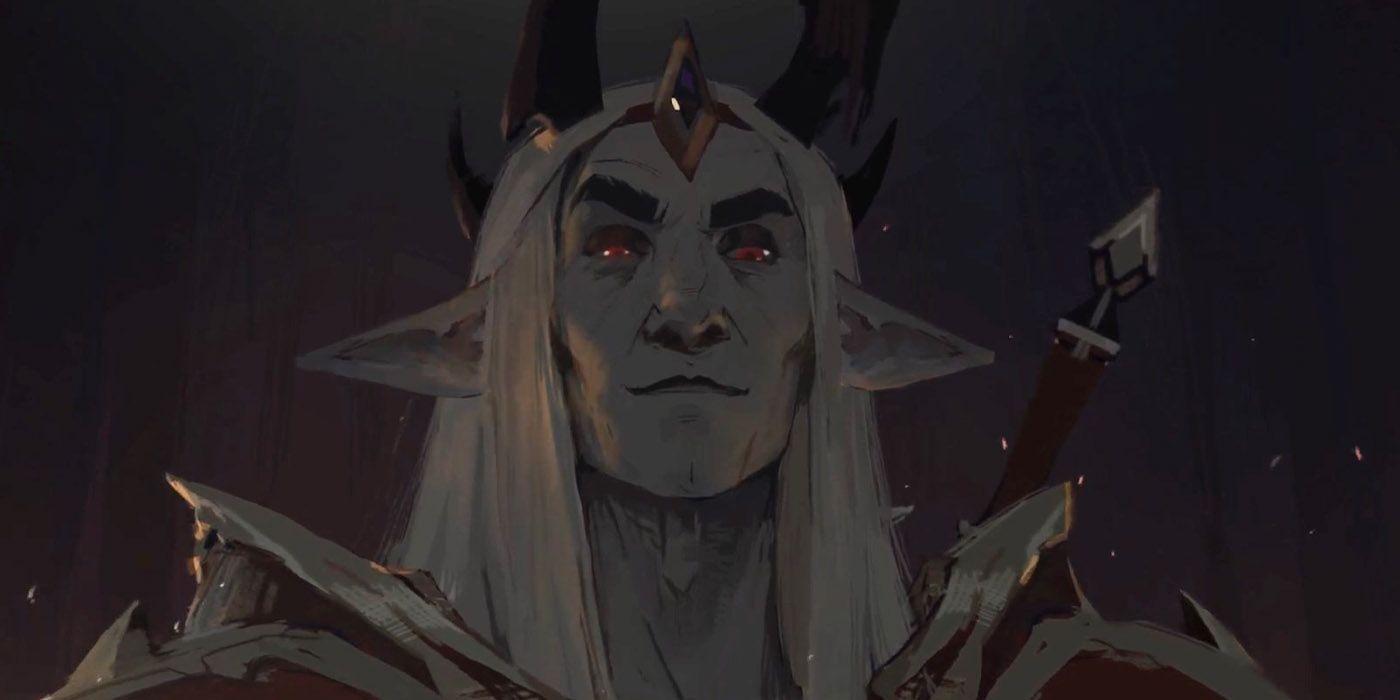 READ NEXT: It’s Impossible To Ignore The WoW: Shadowlands Story (And That’s A Good Thing)