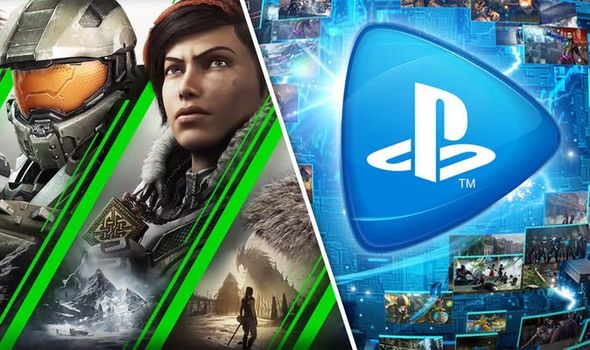 Xbox One hasn’t exactly been a resounding success this console generation, so it must feel good for Microsoft to finally get one over on Sony and the PlayStation 4. Xbox Game Pass has been a shining light for Microsoft since its launch back in 2017, leaving Sony’s PlayStation Now service trailing in its dust. And things have just gotten even better for Xbox One owners this week, as Microsoft resurrects a truly unmissable deal.

If you’ve got an Xbox One and want to get some more bang for your buck, then it’s worth checking out this Xbox Game Pass Ultimate deal on Amazon.

You can subscribe individually, but a Game Pass Ultimate subscription will save you money, especially if you take advantage of the Amazon deal.

Xbox One owners can currently pick up a three month Game Pass Ultimate subscription with three months extra free for £32.99.

That’s six months of online multiplayer and access to that huge library of games for the price of three months. Once again, head over to Amazon if you want to take advantage of the deal.

DON’T MISS: PS4 Wrap-Up: Here’s how to check your gaming stats for 2019 and earn rewards

It’s more proof that when it comes to gaming subscriptions, Microsoft is head and shoulders above Sony – despite recent efforts to make PlayStation Now more attractive.

It’s been a stellar month for new Xbox Game Pass releases. Microsoft kicked off 2020 by bringing GTA 5 to the service, followed by the excellent Frostpunk Console Edition, Tekken 7 and Sword Art Online.

Children of Morta has also joined the service, and is available on both PC and Xbox One.

Described as an action RPG with rogue-lite elements, the game is published by Moonlighter and This War is Mine developer 11 Bit Studios.

“Children of Morta is an action RPG with a rogue-lite approach to character development, where you don’t play a single character, but a whole, extraordinary family of heroes,” reads the official description.

“Hack and slash through hordes of enemies in procedurally generated dungeons, caves, and lands and lead the family of Bergsons, with all their flaws and virtues, against the forthcoming Corruption.”

The game has scored around 80% on Metacritic, earning praise for its variety and approach to storytelling.

If you want to try Xbox Game Pass but don’t want to commit for six months, you can also sign up for a single month for just £1 on the Xbox website.