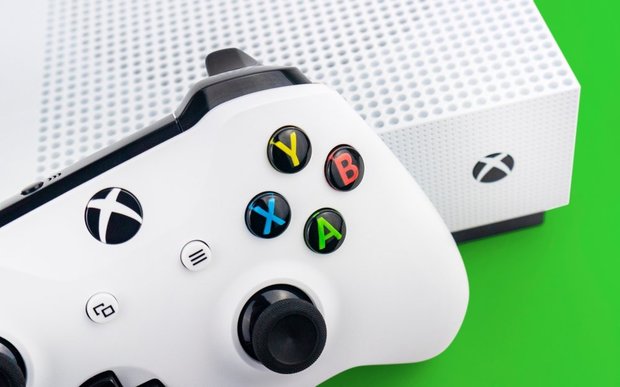 At the time of this article going live, you’ve only a handful of hours remaining to download this month’s stellar lineup of Games with Gold titles.

Earlier this week, Microsoft announced it would be releasing April’s Games with Gold titles on Monday – taking the current set away as the new rotation goes live.

Well, most of them (there’s always one game that overlaps each month)

The lineup of games, coming to the service tomorrow includes Technomancer and Outcast: Second Contact on Xbox One. Over on Xbox 360, Star Wars Battlefront II and Tom Clancy’s Ghost Recon Advanced Warfighter 2 are available (though you can also enjoy these via Xbox Backwards compatibility on Xbox One, too).

There are more details on those new games further down.

But if you want Adventure Time: Pirates of the Enchiridion or Metal Gear Rising: Revengeance (playable on Xbox One thanks to Backwards Compatibility) you should download them to your console TODAY.

It couldn’t be easier: simply log on to your console, got to the My Games & Apps tab either through the main menu or the quick menu and head to Subscriptions. You’ll be able to download the games from there.

Want a bit more info on those games before you commit them to your Xbox hard drive? Read on…

Adventure Time: Pirates of the Enchiridion

Take to the high seas in Adventure Time: Pirates of the Enchiridion. Help our heroes Finn, Jake, Marceline, and BMO discover why the Land of Ooo is underwater. Explore by land and sea, fight pirates, and search for hidden clues to solve the mystery and save their drenched world!

The renowned Metal Gear franchise goes an exciting direction in Metal Gear Rising: Revengeance. Focusing on pure-action and epic storytelling, play as cyber-ninja Raiden, a child soldier transformed into half-man, half-machine. Slice and dice your cyborg enemies and take on a worldwide conspiracy with a high-frequency katana blade and a soul fueled by revenge.

Prepare for all-out battle in Plants vs. Zombies Garden Warfare 2. Dr. Zomboss has strengthened his zombie army, but the plants are on the offensive to reclaim their turf! Choose either side in 24-player multiplayer, 4-player co-op modes or go at it solo. The battle for suburbia begins now!

Take on the role of an ascending mage warrior in the action RPG title, The Technomancer. Feared and respected by all, you’ll develop four different combat skill trees based on three different fighting styles. Craft your weapons, take part in dynamic conversations and explore lost cities as your actions dramatically alter the story and world.

Play the complete remake of the cult-classic that started the open world, action-adventure genre in Outcast: Second Contact. On Adelpha, an alien world as beautiful as it is dangerous, explore magic and science and make the right choices to save the destiny of two universes.

Take part in a battle far, far away in the classic Star Wars Battlefront II. Either play the campaign of a veteran clone trooper reminiscing of his time in the 501st Legion or enjoy multiple gameplay modes. Fight on foot in the front lines, use the force powers of a Jedi, or dogfight in space in your favorite starships, all in 16 exotic locations.

Defend the nation from cross-border insurgents in Tom Clancy’s Ghost Recon: Advanced Warfighter 2. In this tactical shooter, command your unit and complete your missions in dynamic weather conditions and a real-time day and night cycle. You’ll have 72 hours to defeat the enemy across mountainous terrain, small towns and urban environments.