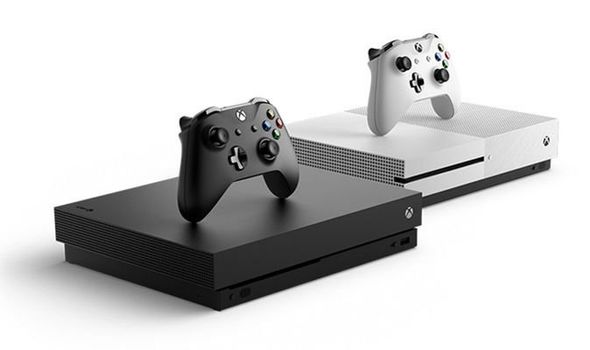 Xbox One gamers can download and play a total of three games this weekend at no extra charge.

They don’t need to be purchased but will only be available to play for a short length of time.

The good news is that the free Xbox Live Game trials offer the full versions of each title.

The bad news being that time is running out to test them all, so gamers might have to pick just one.

It’s a great bonus to enjoy before Microsoft’s big Xbox E3 Showcase, which is scheduled to start later today.

But until the live stream announcements start rolling, fans can download one of these three games.

The titles on offer couldn’t be more different from one another, meaning fans have a good chance of finding something they like.

Stellaris Console Edition is the most time consuming of the lot but could be just the jumping pad you need to start building your own galactic empire.

“Explore and discover a spectacular and ever-changing universe filled with wonders!” a message from Microsoft reads.

“Featuring deep strategic gameplay, diverse alien races and emergent storytelling, Stellaris: Console Edition gives players the opportunity to forge a galactic empire through exploration, diplomacy and even a bit of interstellar warfare in single or multiplayer mode, with games that can be continued solo both on and offline.”

Stellaris would make for a top choice for a weekend deep dive but if you’re looking for something a little quicker, than Rainbow Six Siege and NBA 2K19 might be better bets.

All three games can be downloaded today from the Xbox Game Store and all offer varying download sizes.

The timing in the UK will be different, meaning that gamers will be able to play any of these titles until 8am on Monday June 10.

To download on console, click on the Gold member area on the home dashboard on your Xbox One and all three should be available for there.

It should also be noted that all three games are currently available to play for free, with the full versions discounted on the Game Store.

And while you’re waiting for these downloads to finish, you could always tune in for the Xbox E3 Showcase.

This is scheduled to kick off at around 9pm in the UK later today and will include all the latest news regarding the Xbox platform.

Microsoft are expected to feature news on Halo, Project xCloud and a number of high-profile third-party games.

And that’s not to mention the reports that the next Xbox console will be announced and partially unveild during the show.

We’re not sure if we will get full details on the console, however, there should be plenty to get fans excited.

“With E3 coming up on Sunday, we’ve got some final details on what Xbox has got going on for the biggest gaming event of the year,” a teaser from Microsoft reads.

“During the briefing, you’ll have a chance to check out everything from trailers for unannounced titles coming in 2019 and beyond to in-depth looks at previously announced games. You can watch the Xbox E3 2019 Briefing live beginning at 1 p.m. PDT on June 9 on the official Xbox Channel on Mixer, or on the Mixer app for Xbox One and mobile.

“Once again, we will plan to have a MixPot (the Mixer feature that drops free content for logged-in viewers on certain streams) for our briefing, so be sure to log in to Mixer to get your free MixPot content.”

And with no PlayStation event scheduled to rival Microsoft’s, today’s Xbox Showcase will have the best chance of being the most talked about.