Xbox One's Home Screen Gets Another Makeover In Latest Update 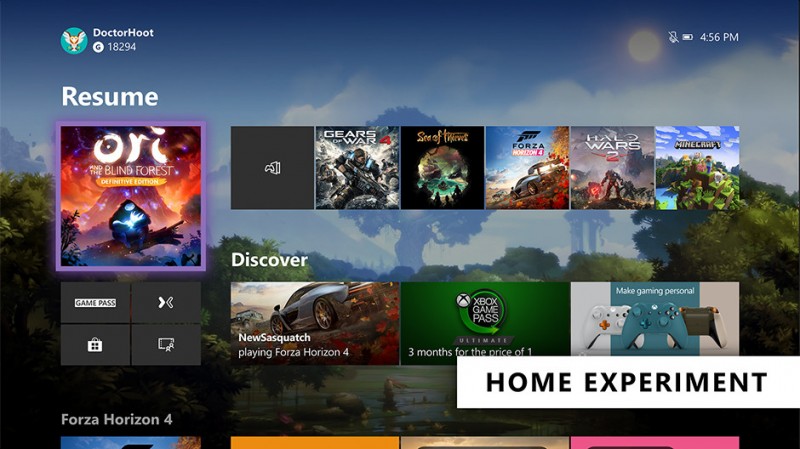 Microsoft has announced it’s giving its home screen and voice command features overhauls in its next interface update.

On its Xbox Wire blog, the company showed a screenshot of what its new home interface (shown above) will look once the update hits for Xbox Insiders in the Alpha and Alpha Skip Ahead tiers. “With this new experimental Home design, the first thing you’ll notice is we’ve removed the Twists from the top of Home in favor of separate buttons that launch your gaming experiences,” Bradley Rossetti, Xbox’s Insider team lead, said. “The goal is to let you jump into Xbox Game Pass, Mixer, Xbox Community and Microsoft Store quicker than ever. We’ve also shifted things around to make more room for your recently played titles.”

The new look is still undergoing testing (hence why it’s only available to Xbox Insiders), and might change before its final release to all users based on feedback. In its current state, however, it already looks like an improvement and perhaps not coincidentally, a little more like the PlayStation 4’s interface, though the ways in which you navigate it still differ. The big icon and banner showing the most recent app or game played is put off to side and takes up less overall real estate, with more emphasis on the various other apps that have recently been used. The icons for various Microsoft services and apps now have dedicated buttons below the most recently-used app, making them more accessible without sacrificing the available or other apps.

Voice commands are also seeing some changes. The most important change is that users will no longer be able to use voice commands directly through your headset; instead, they’ll have to use the Cortana app on an iOS, Android, or Windows device, Alexa, or Harmon Kardon Invoke speaker. Rossetti also says he update will have some improvements to the how voice commands work through Xbox Skill (a program that controls voice commands).