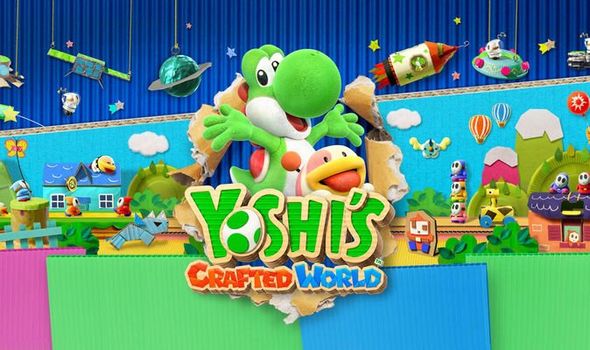 It’s a comforting, charming and simply lovely gem of a Switch title which is an absolute joy to play.

If you’ve played a standalone Yoshi game before then you’ll be on very familiar ground with Crafted World.

Guide Mario’s lovable dinosaur friend through brightly coloured 2D platforming levels as you grab collectibles and gobble up your enemies.

While it may not sound like anything new or groundbreaking, everything about Yoshi’s latest adventure has been put together so assuredly and tightly.

And their expertise shines through in Crafted World, with levels expertly designed and gameplay never growing stale thanks to ingenious additions.

New mechanics are regularly added, with some that are specific to a certain level, which majorly shakes-up how you approach a stage.

From the ridiculously fun Go-Go Yoshi mech, to the cardboard airplane that you have to pilot, to the model train rides you go on. 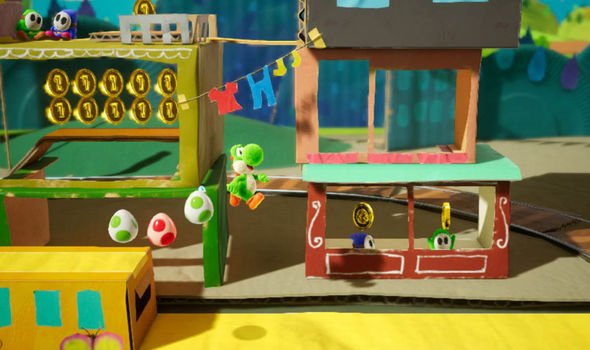 The developers get very creative with Yoshi’s Crafted World, often springing a delightful surprise that will bring a smile to your face.

Yoshi games tend to get labelled as easy, and while it may not be challenging getting to the end of a stage that’s not where the difficulty lies.

Yoshi’s Crafted World demands repeat playthroughs of levels with rewards offered for getting collectibles such as red coins and sunflowers that you may have missed initially.

At first these aren’t too tough to find but as the game progresses it gets more and more tricky to find them. 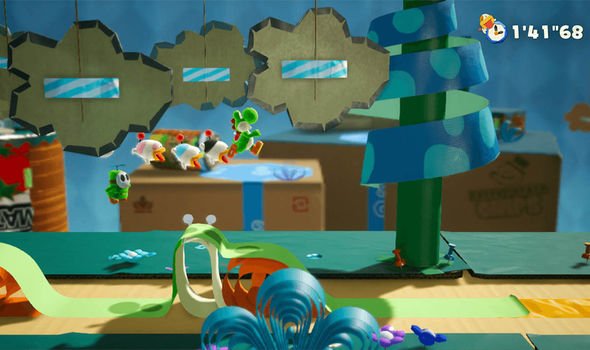 Often they’re hidden away in fiendish locations or hard to reach places, meaning that players will have to explore every nook and cranny.

This is especially the case as the paper-crafted levels have a real depth to them – not in the metaphorical sense but the literal.

While Yoshi can twaddle along a certain path, there will be things that need to be spotted in the foreground and background.

Players can uncover red coins or sunflowers hidden by aiming eggs at certain objects, such as paper shrubbery or crafted scenery in the background.

Sometimes you’ll have to go through every corner of a level to find that one remaining red coin or flower that’s evading you which adds to the replay value.

Other things that add to the replayability is the mirror mode which lets you play stages backwards.

After completing a stage you’ll also be tasked with trying to find the poochy pups that have gone missing in that area.

Then there’s also additional treasure hunting tasks where you’re asked to find a set number of objects in a level. 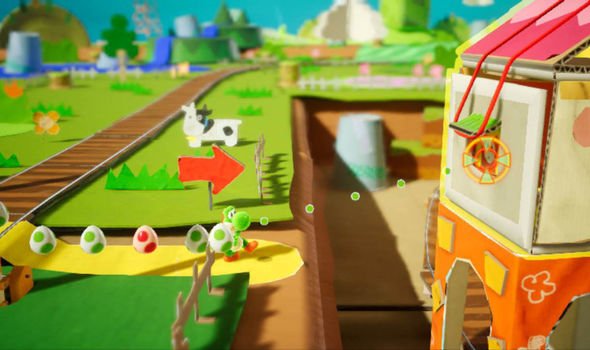 Coupled with all the adorable outfits you can kit Yoshi in thanks to the gashapon machines dotted around the game’s world and there’s tonnes for players to do.

Yoshi’s Crafted World may not break new ground for platformers, but what it does it does really well.

It’s a charming and adorable Nintendo Switch game which – for want of a better word – has been expertly crafted.

Good-Feel has distilled what makes Ninty platform games magical into one, great package which is hard not to be enamoured with.

Yoshi’s Crafted World never failed to leave a smile on my face, and is another brilliant exclusive for the Nintendo Switch.