You Can Block Players After A Mass Raid In Pokémon Sword &amp; Shield – Here’s How

One of the most frustrating experiences in Pokémon: Sword and Shield is joining a difficult raid with random players and finding yourself attacked by the people meant to be helping you. In most cases this is a minor frustration, but these friendly-fire attacks can sometimes lead to the loss of shiny Pokémon if your assembled team dies too often. While there is nothing you can do to get that shiny back (sorry!), you can make sure you don’t run into the offending player again.

In typical Nintendo fashion, some Sword & Shield features are only discoverable after a bit of experimentation, as is the case here with the ability to block other players in Sword & Shield. Redditor, /u/ijdk2 recently posted a short TIL and screenshot to explain the process. Players can press the + (plus) button on the top right of their Switch controller to open a small prompt asking, “Who would you like to add to your block list?” The prompt will be accompanied by a dropdown menu of player names where you can select and block someone from being paired with you again. 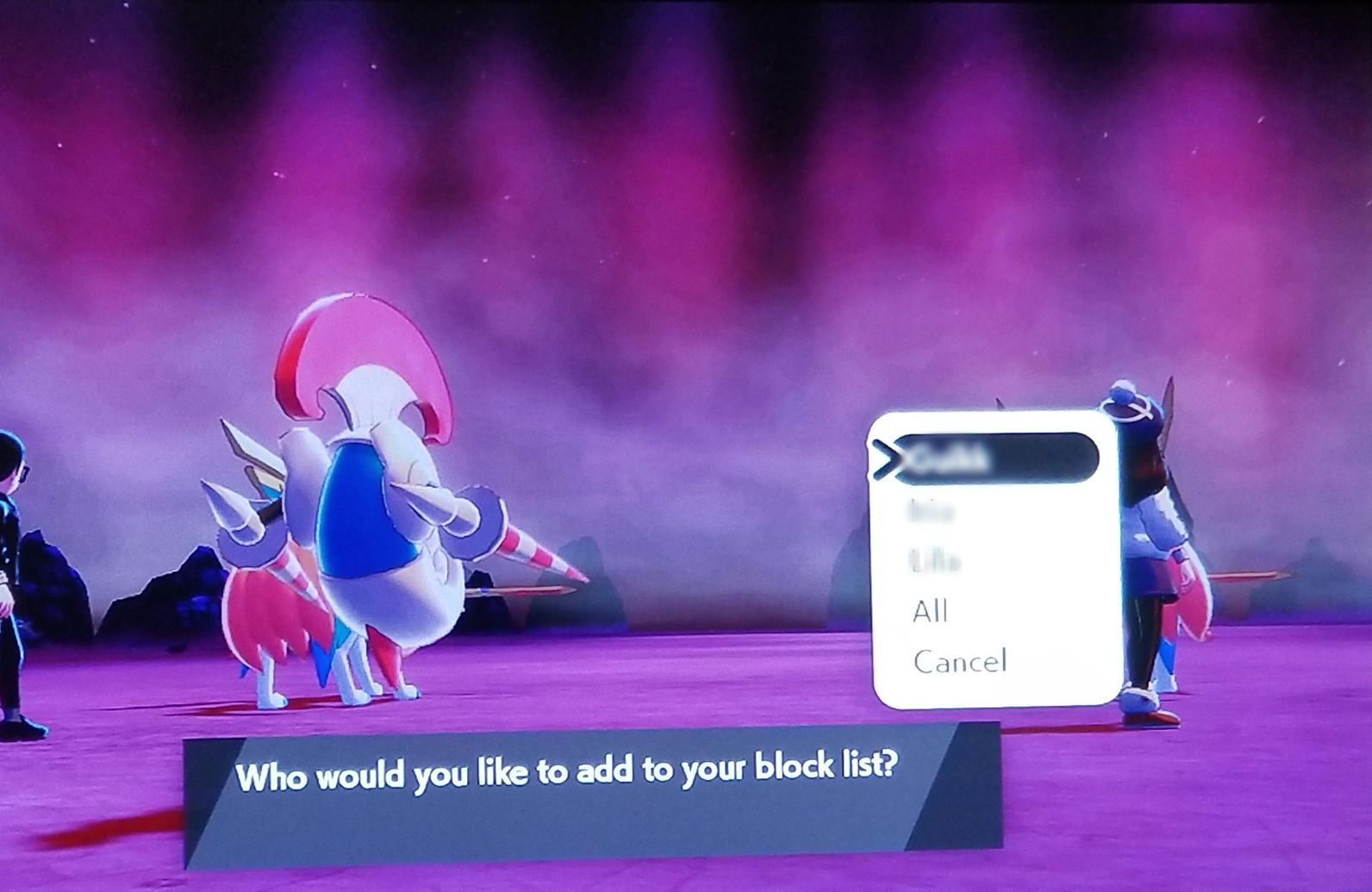 In addition to the toxicity described above, trainers may have other reasons to block other players. It can be frustrating to be paired with someone who, while they may mean well, is completely unprepared for the situation at hand. A few losses alongside someone who is not putting in the required effort can really hurt. Trainers may also want to block players who disrupt the flow of gameplay. Not every block is about toxicity, after all.

Being able to block players is one of the most important features any online multiplayer game can have. While player to player interaction in the Pokémon series is rather limited, gamers are well known for their ingenuity when it comes to messing with others in any way they can, such as trading Pokémon who shouldn’t be in the game and then getting those players banned for having them. The ability to take control of the online environment is a powerful tool for improving how enjoyable it is to play certain games. This is one of those things that should have been made more clear to players by the game itself, but that’s not totally unexpected. Regardless, you now have the power to block whoever you want to and improve your experience.