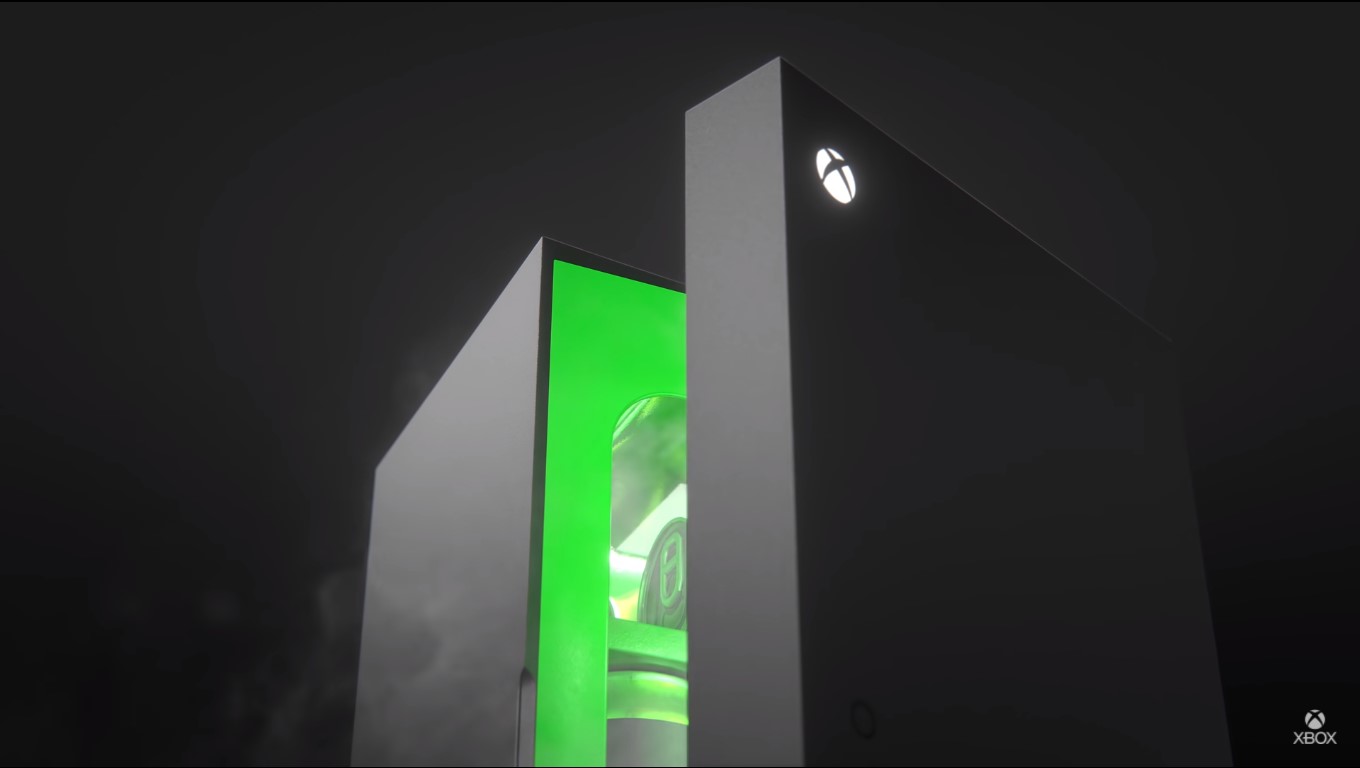 The Xbox mini fridge has made its way from meme to promotional item to something Microsoft is turning into a retail product later this year.

When the Xbox Series X was first compared to a fridge it wasn’t supposed to be a compliment, just one of many memes poking gentle fun at the console’s brutalist design.

Microsoft has a habit of taking memes to heart though, at one point insisting that Craig the Brute is now an official mascot. But while Craig was notable by his absence during the E3 2021 preview for Halo Infinite, Microsoft did have an announcement to make about fridges.

It was a bit light on details, but they promised that this Christmas everyone will be able to buy an Xbox mini fridge, should they so desire.

Microsoft has made Xbox-shaped mini fridges before but only as promotional items given to celebrities such as Snoop Dogg and The Rock.

However, enough fans said that they wanted their own, that back in April Microsoft agreed to turn it into a real, mass market product if people helped them win a Twitter competition about which company has the best marketing.

We’re not clear whether they won or not but either way the fridges are going to be released to the general public later this year. Or at least they are in America, whether Microsoft will make them available anywhere else remains to be seen.

Given there’s no extra information at the moment more details will no doubt be revealed in due course.

In fact, despite the combined Xbox and Bethesda E3 conference going on for 90 minutes there wasn’t much detail on a lot of things, especially Halo Infinite.

Microsoft announced the multiplayer would be free-to-play but otherwise spent surprisingly little time on the game, so they must have other major preview events planned for later in the year.