I first picked up the 30-30 Repeater in Apex Legends because it uses Heavy Ammo, and my preferred VK-47 Flatline is in the Replicator this season. It made sense, the 30-30 could carry all my attachments until I had enough materials to craft a Flatline, at which point they’d all zip across and I’d have a fully kitted out assault rifle on my hands.

Most games I gathered 30 materials quickly, and swapped out my gun – whether I’d kitted out a 30-30 or was still rocking a barebones P2020 thanks to greedy teammates or bad luck – but sometimes it doesn’t work out like that, or all the Replicators are in heavily contested zones. And it was in one of these latter games that I fell in love with Apex Legends’ most underrated weapon.

‘Why pick up a Marksman instead of a sniper?’ I’d ask myself. Well, this season the Longbow, my preferred sniper rifle, is in the Replicator with the Flatline, and it’s unrealistic to craft both – besides, assault rifle and sniper is an odd combo. That leaves the Sentinel, which is a bit average for my liking, and the Charge Rifle. I’m not sweating it out with a Chargey, so the sniper options are limited. 3x Ranger on the 30-30 for the meantime then? Fine. At least I can swap it out for a Wingman or Flatline later down the line. 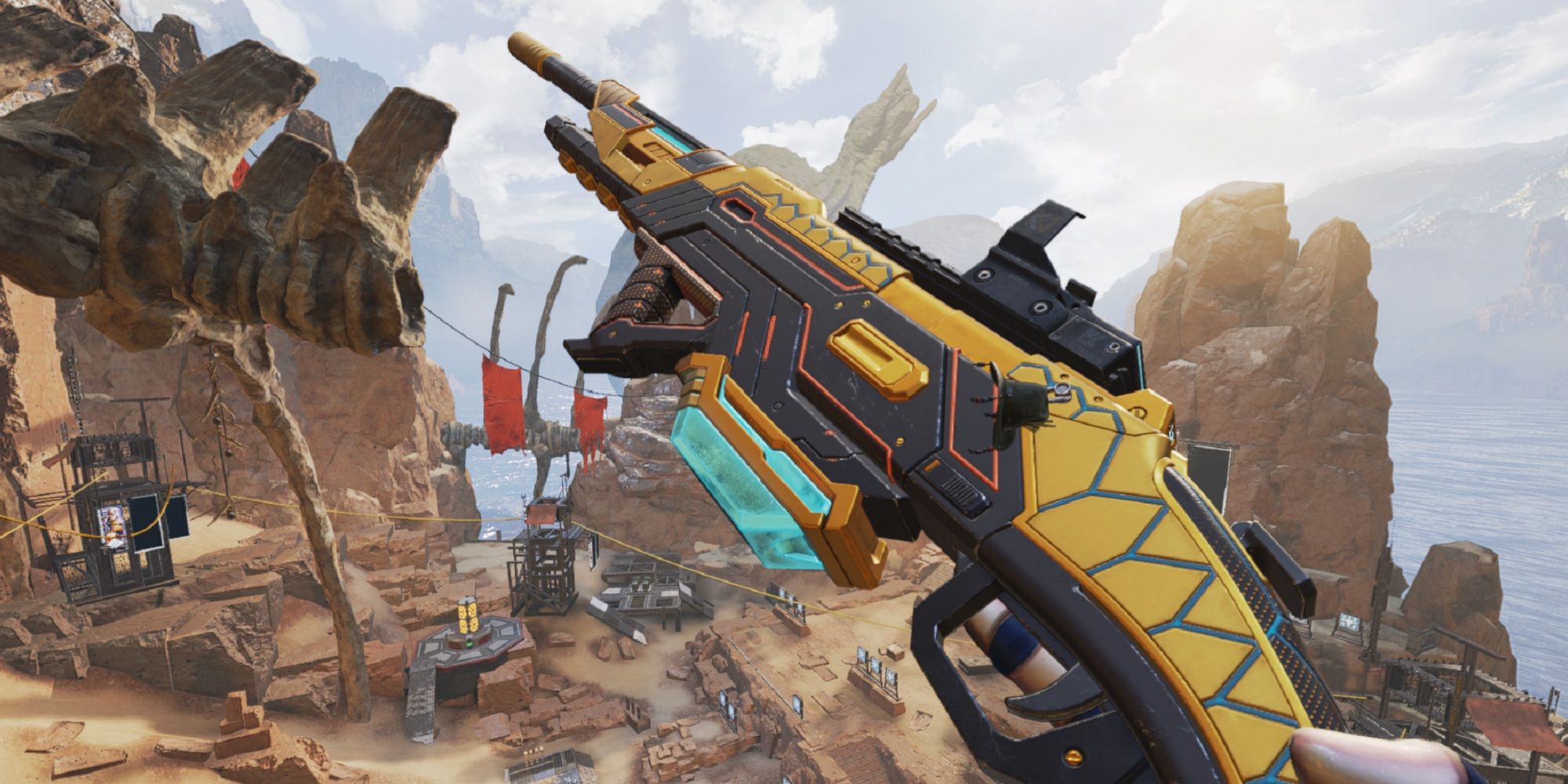 I’ve never been particularly enamoured with Marksman weapons. The Triple Take used to be great, before it was nerfed to oblivion. I’ve never gelled with the Bocek bow, as cool as it is to run around Olympus or Storm Point like Legolas. The G7 Scout is wasted in the Care Package, and must be the least picked-up weapon ever to grace the Apex Games. But the 30-30 may have changed my mind.

I’d got to the point of a game where I usually switch the 30-30 out for a trusty Flatline, but with no Replicators nearby and an enemy team closing in on the POI we were holding, I had no choice. And let me tell you, dear reader. The 30-30 shredded. I didn’t 1v3 my opponents or do anything worthy of a viral Twitter clip or whatever, but I did a lot of damage very quickly. The Repeater’s 42 damage (increased by around 50 percent if you hit a headshot and more still if you charge it by aiming down the sights for a second or so) alongside a fairly rapid rate of fire lets you rack up damage quickly, especially as the rifle has very little recoil. What recoil there is, is manageable and an easy pattern to learn.

Apex Legends’ weapons are, for the most part, incredibly well balanced and there’s only a handful that are unusable or overpowered; it’s hardly got the meta swings of Warzone where every player uses the same loadout every round. Some guns are better than others, yes, but everything feels deliberate and intentional. Respawn can get a little heavy-handed when patches come around, but generally most weapons are in a good place, and that variety makes matches more fun. 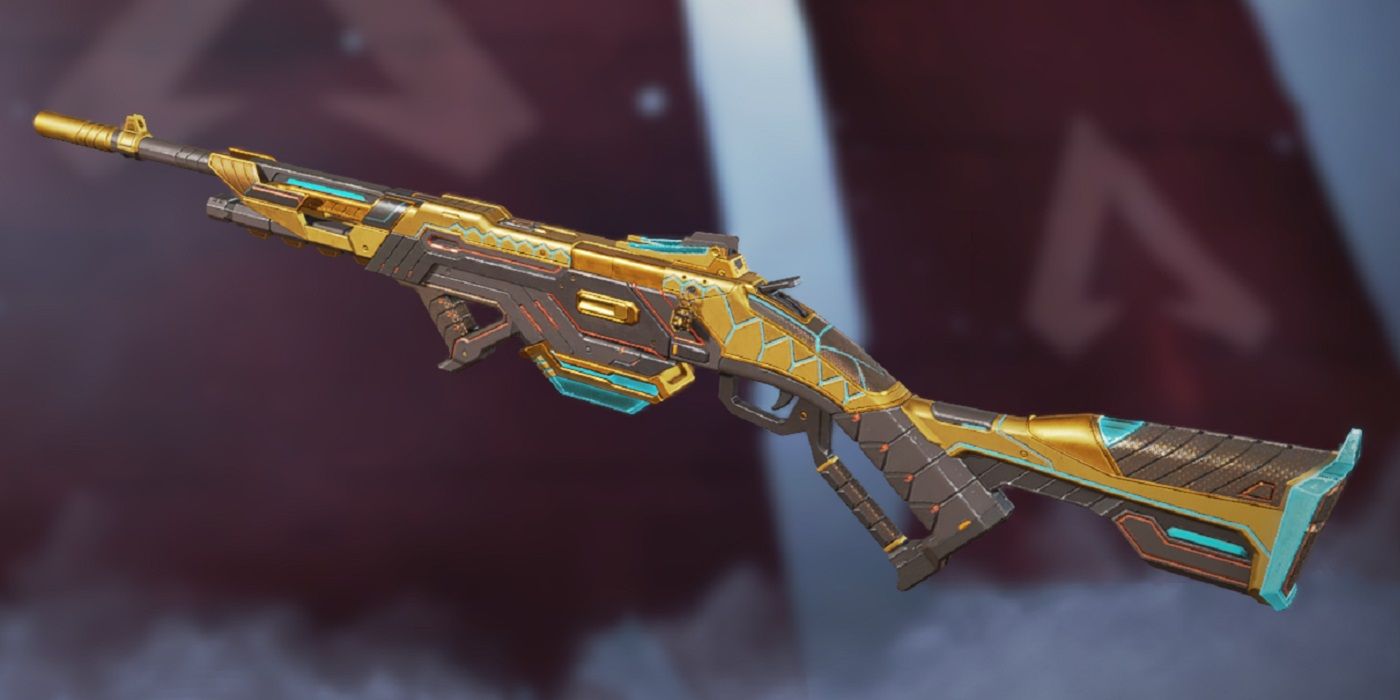 Aside from being a surprisingly balanced weapon and turning the tide of this particular fight as our position was pushed by an overly-aggressive squad, the 30-30 just feels very satisfying to use. The ‘thwack’ of every round being loosed, the ‘click’ of the rifle charging for a second, and the ‘ping’ as it hits an opponent’s armour, it’s all so satisfying. It’s also got one of the most satisfying reloads in Apex Legends, placing rounds into the chamber one by one, accompanied by an appropriate metal-on-metal scrape.

The 30-30 feels more powerful than it is, and I mean that as a compliment. It’s one of the easiest weapons to click heads with in the game, and the damage numbers rack up quickly if you hone your accuracy. But it’s never overpowered. You never feel dirty for using it like you do the Rampage or Turbocharged Devotion. It’s effective and satisfying to use, and the 30-30 Repeater will be in my regular weapon rotation for the rest of the season, and maybe even longer after that.