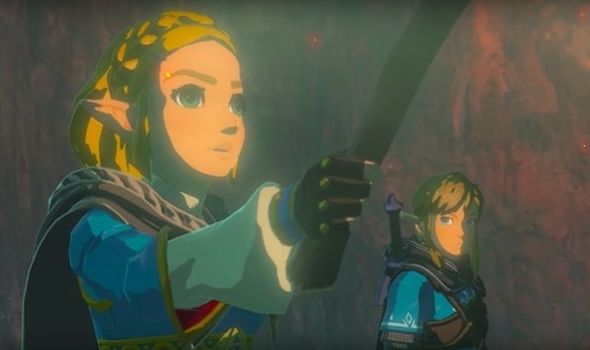 Zelda Breath of the Wild 2 news today is headlined by an alleged leak which could reveal the release date for the Nintendo Switch exclusive.

The Breath of the Wild sequel is one of the most highly anticipated Nintendo Switch games on the horizon after a surprise reveal during E3 2019.

A short teaser was showcased at the end of the E3 Nintendo Direct which revealed that Zelda Breath of the Wild 2 is in development right now.

It looks like Breath of the Wild 2 will be for BoTW what Majora’s Mask was to Ocarina of Time, with the new Zelda game looking darker than its predecessor.

Nintendo has not officially announced when Breath of the Wild 2 will launch but a new, alleged leak claims to have revealed the release date.

It’s been claimed that the next Zelda game will be released in late 2020 or early 2021 on the Nintendo Switch.

As reported on in a post by Comicbook.com, the leak claims Breath of the Wild 2 will be set in a ruinous version of the world seen in its predecessor.

This appears to chime in with what we saw in the teaser, which showed Zelda and Link sneaking around a Hyrule that looks to have seen better days.

It’s also claimed that only the Tri-Force can stop a devastating curse which has been awakened.

The leak additionally claims Breath of the Wild 2 will be launching alongside a new Nintendo Switch.

As per previous rumours, it’s claimed this device will be more powerful than the current Nintendo smash hit.

But it’s claimed this new Switch will, interestingly, be a home console-only version that will compliment the existing line-up.

As always, it’s best with rumours to take them with a huge dollop of salt until official confirmation.

The Zelda Breath of the Wild 2 rumours outlined in this article originate from an anonymous post on 4chan.

And while plenty will likely dismiss these rumours because they come from 4chan, previous rumours from the infamous site have turned out to be true.

Last year accurate details about Pokemon Let’s Go were posted on 4chan before the Switch title was officially revealed by Nintendo.