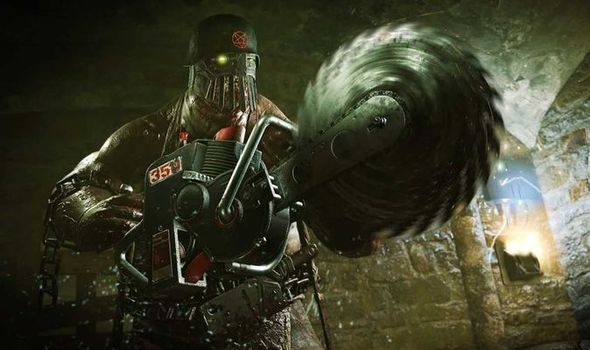 Zombie Army 4: Dead War is coming to PS4, Xbox One and PC in February and there are plans for more content to be released after it launches. The new game from UK developers Rebellion throws you back into the mix of an alternative universe where the dead have risen. Facing off against the hordes of the Undead sees you travelling across Europe to find answers, but also, more importantly, to slay zombies.

The over-the-shoulder combat includes a variety of weapons to defend yourself with and plenty of different foes to take down.

Here’s a short description about the game from Rebellion, which reads: “Hitler’s hordes are back for more in this spine-chilling shooter from the makers of Sniper Elite 4.

“Abominable occult enemies, epic weapons and a harrowing new campaign for 1-4 players await in 1940s Europe, as you fight to save humankind from undead Armageddon!

“The resistance have defeated Zombie Hitler and cast him into Hell – but the dead rise once again with greater hunger than before! Continue the alternate history of Zombie Army Trilogy in huge new levels, and uncover a sinister plan that takes the Survivor Brigade across Italy and beyond.

“Experience genre-defining ballistics, build the slayer that suits you and harness the power of fire, lightning and divine essence as you upgrade your guns to fight back against the dead.

“When the horde surrounds you, tear them apart with enhanced melee combat and flesh-rending takedown moves.”

And we’re now just a week away from launch, which may be why we’re starting to learn about post-content plans.

WHEN DOES ZOMBIE ARMY 4 DEAD WAR RELEASE ON PS4 AND XBOX ONE?

It should be noted that while Zombie Army 4 will be available to play on PCs, it is an exclusive launch on the Epic Games Store.

The game has a download size of around 25GB on consoles but this could change ahead of release if another update is launched.

And from what has been shared so far regarding release times, we have a good idea when you will be able to play Zombie Army 4.

More news could be shared before launch but this suggests Zombie Army 4 will be playable early on February 4.

Post-launch, Rebellion has revealed that they have plans for more content on PS4, Xbox One and PC.

This will be coming as part of Season 1 of Zombie Army 4, complete with a new mini-campaign called Hell Cult, comprising three brand new missions for 1-4 players.

Rebellion has also promised to release new maps for Zombie Army 4’s Horde Mode which will be free for everyone to download.

Season Pass 1 will grant access to the entirety of Season 1: