All hail Nessa, the new water-type gym leader from Pokémon Sword and Shield

Look, I’ve never so ready to end a 22-year-old relationship with a character that I grew up with, but Misty, it is time to step aside. Nessa is the new all-time master of water-type Pokémon. 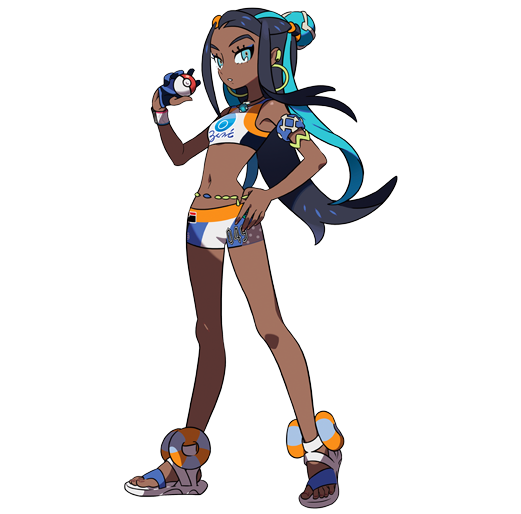 Her character design is fire, or uh, I mean, water. She rocks perfectly applied eyeliner and purple eye shadow. I’m obsessed with her hoop earrings and she dons a Poké-inspired swimsuit fit for an athlete. Also, she has floaties on her sandals? OK. Nessa also has fans excited because she is also among a growing list of Pokémon Sword and Shield character cast that are dark-skinned (along with Leon and Hop). This is important given that many Pokémon characters are often white.

And I’m not the only one getting excited at her announcement. The internet is freaking out about her as well.

Fans are already rushing to produce fan art of her. It is less than a couple hours out from the Nintendo Direct, and Nessa already has a steady stream of fan art on Twitter. We stan!

I love her so much and am so excited to challenge her to a battle.

Pokémon Sword and Shield will be released on Nintendo Switch Nov. 15.