One of the most intense aspects of the Fire Emblem franchise is permadeath. You spend dozens of hours developing relationships with a wide range of characters, but one dumb critical shot from an enemy archer and that lifelong bond is broken. Hell, you can even lose your in-game spouse! It’s brutal. But Fire Emblem: Three Houses has a solution to that.

While you can play the game in easier modes that revive characters after each battle, Classic mode will still features permadeath. But even in Classic mode you can use a power called Divine Pulse at any point in battle. 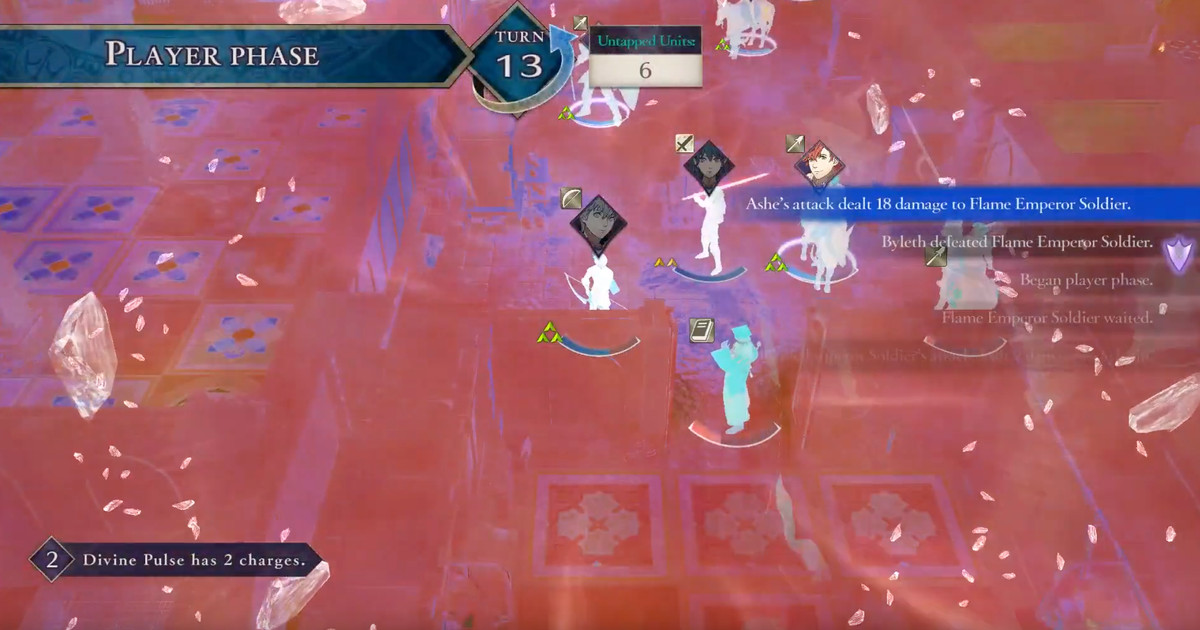 Divine Pulse lets you scrub back through every single turn in a battle until you’re at a point you feel comfortable with. So if you sent your cavalry north and were ambushed by brigands, you can go back before that mistake and send them south instead. It is a limited feature, though, with a specific number of charges, so you can’t just time travel your way to victory.

Divine Pulse is actually super similar to a feature that was in the last Fire Emblem game: Shadows of Valentia. Called Mila’s Turnwheel, it too allowed players to scrub back in time and redo mistakes, even in Classic mode. It’s unclear how the two features differ, though in Shadows, the Turnwheel had to be charged with found items rather than automatically working whenever you wanted.

We’ll have more about Fire Emblem: Three Houses coming later this week. The game is scheduled for a release on the Nintendo Switch next month, on July 26.