The Marvel Ultimate Alliance series has always offered fans a huge selection of playable Marvel heroes. You know some of these caped crusaders, while other characters wear spandex costumes that you’ve never seen before.

The first two games taught a new generation of players about more obscure Marvel heroes, and they did it before the MCU films started going down the same path. This, in turn, makes Marvel Ultimate Alliance 3 feel less educational than prior games. Even so, the latest game works wonderfully as a reminder of the weirdness that Marvel still has up its sleeve, and that’s worth noting with the seemingly experimental nature of the MCU’s upcoming Phase 4. 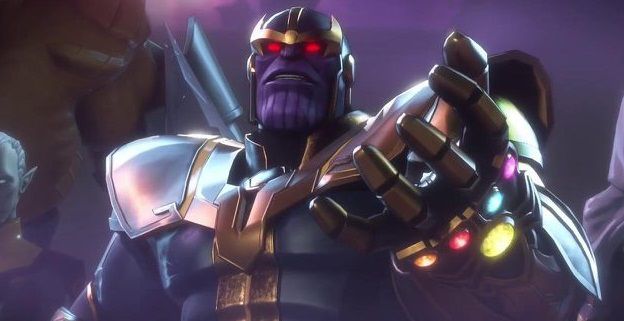 The game featured heroes like Thor, Doctor Strange, and Black Panther — characters I only heard about from my dad’s comics excursions in the ’70s. In 2006, they weren’t household names; nerds got beaten up during recess for talking about them. They were heroes you read in comics, or you didn’t know anything about. Now you can walk into any Target in America and buy a shirt with all three of their faces on it.

Marvel Ultimate Alliance taught a new generation of kids who some of these heroes were. It prepared us for the incoming onslaught of Marvel programming we’ve spent the last decade absorbing. Now, Marvel Ultimate Alliance 3 comes out in a world where Avengers: Endgame is the highest-grossing film of all time. It’s the perfect moment to revive the franchise — it just serves a different purpose. 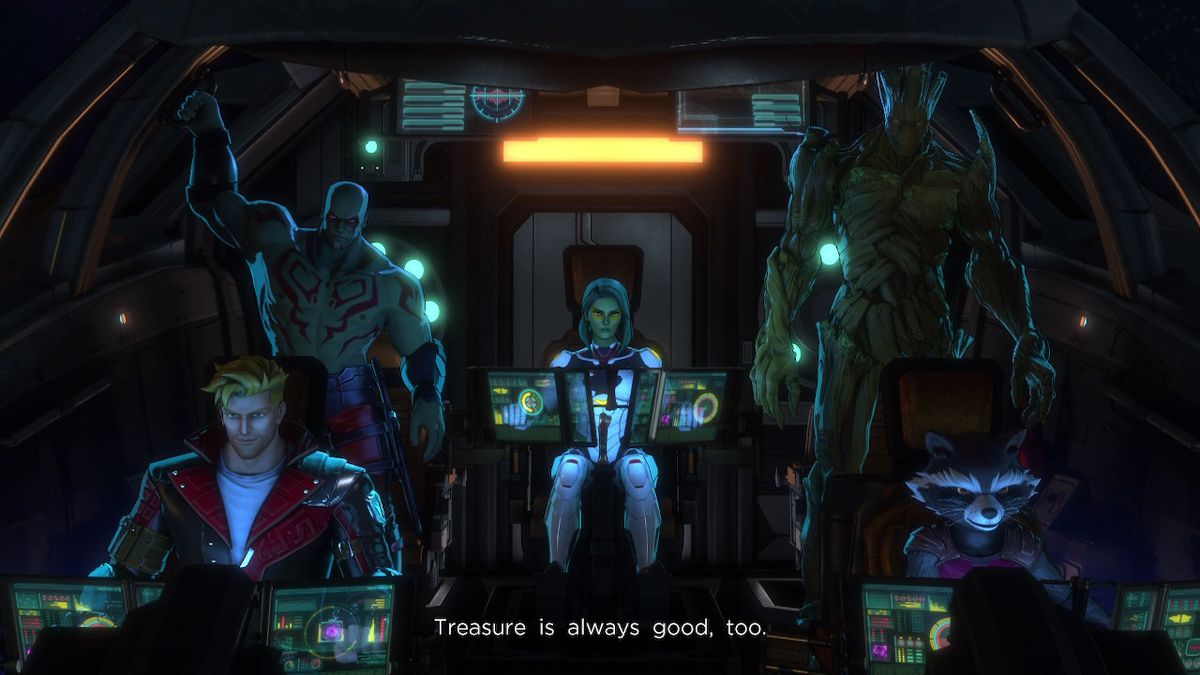 At the start, Marvel Ultimate Alliance 3 feels more like a run through the MCU than a tour around the comicsverse. You hang out with the Guardians of the Galaxy, put Mysterio away in the Raft, and fight Ultron in Avengers Tower. It’s a slightly tweaked rehash of everything we’ve watched on the silver screen, with a Tony Stark that sounds just enough like Robert Downey Jr.

But halfway into the game, Marvel Ultimate Alliance 3 takes a sharp left turn into the weird. Players jump into the Dark Dimension via a portal. They fight Dormammu, meet up with Elsa Bloodstone and Doctor Strange, and watch as Ghost Rider rides his flaming motorcycle out of a portal from hell.

Marvel fans got a glimpse of the Dark Dimension in Doctor Strange, the weirdest of the Marvel movies. But the inclusion of Elsa Bloodstone, a deep-cut monster hunter from 2001, and Ghost Rider, shows there’s a lot of unexplored space left after Avengers: Endgame (we won’t count the Nicolas Cage movies from 2007 and 2012).

There are also a number of inclusions from the wider repertoire of Marvel Comics. The in-game reason why players can teleport new heroes to them at a moment’s notice is the Inhumans’ weird, giant dog, Lockjaw. When players defeat Ultron, he quickly comes back as Ultimo, a giant version of himself.

Characters like Elsa Bloodstone and Crystal from Inhumans are weird choices for heroes in Marvel Ultimate Alliance 3. If Team Ninja wanted to add a more familiar monster hunter, they could’ve put Blade in the same section. While Crystal was one of the first Inhumans ever introduced in the comics, fans are more likely to think of Black Bolt, Medusa, or even Lockjaw.

So why did Team Ninja choose second fiddle? It adds a strangeness to the game for players who haven’t read the comics for over a decade. For those of us who stopped paying attention to the comics after the MCU started, it makes the world of Marvel Ultimate Alliance 3 feel larger and mysterious. Like there’s so much more we haven’t seen — which is true.

The first Marvel Ultimate Alliance game felt so big and weird. To a kid who just read a few books a month, it was an eye-opening moment: There was so much more to Marvel than I’d possibly imagined! Now, 5-year-olds can be Wakandan scholars thanks to the internet and the MCU. Marvel Ultimate Alliance 3 chooses to spend most of its time with characters its audience already knows. But the few times it steps outside the box, the game makes it clear there’s so much more to see.

There’s over a decade of Marvel movies to watch now, but even so, there are still decades worth of comics to repurpose and explore. Where Marvel Studios has started to dip its toe into the weird, Marvel Ultimate Alliance 3 sticks its head in and pokes around. The effect is something familiar yet different enough to still send you down some obscure Marvel wiki holes.

This combination makes Marvel Ultimate Alliance 3 the perfect bridge between the MCU now and the MCU of the future. As we know, upcoming films like Doctor Strange in the Multiverse of Madness will be weirder, more experimental takes on the MCU. 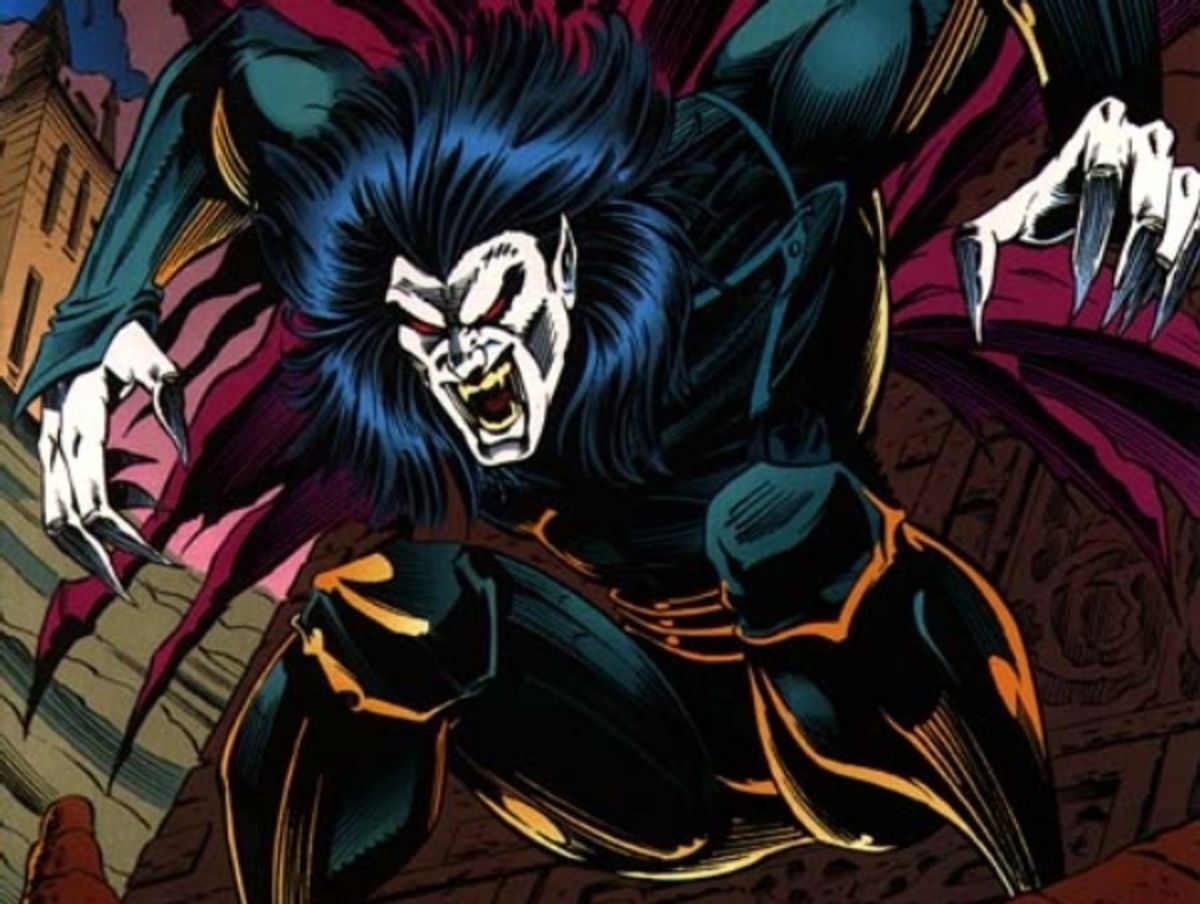 All that said, the game never fully devotes itself to anything too strange. We don’t see Marvel Zombies or any Multiverse shenanigans. Deeper cuts like Elsa are there, but you never bump up against the Wrecking Crew like you did in the first game.

Some of these more obscure heroes will come with the game’s downloadable content over the next year. Players who buy in can learn all about Moon Knight, Morbius, and Blade this fall. It’s a decent compromise, but only helps the players who stick it out post-release.

Unlike the first game, modern Marvel Ultimate Alliance entries won’t manage to be comics knowledge dumps — but Ultimate Alliance 3 accepts that. Instead, it reminds us of why we love iconic characters, while also fitting in a little bit of weirdness before the end of the journey.

Solve Some Stylish Puzzles In Creaks

The Last Of Us 2 Director Talks About Internet Haters

Top New Game Releases On Switch, PS4, Xbox One, And PC This Month — July 2020
We and our partners use cookies on this site to improve our service, perform analytics, personalize advertising, measure advertising performance, and remember website preferences.Ok