Being an Overwatch story, other heroes like Soldier: 76 and Ana show up to find Mercy. For most of the story, Mercy reflects on her time in the original Overwatch, all while doing normal hero stuff like saving a bunch of kids from certain doom.

Over the 24 pages, there are some small art pieces showing Mercy doing said heroic things — looking as angelic as usual. But the final shot in the post shows what looks to be a new Mercy skin.

The skin looks to be Mercy in normal people garb. Instead of her usual healing suit, she’s wearing a lab coat, name tag, sweater, slacks, glasses, and a stethoscope. Weirdly, she’s still wearing her slightly heeled metal combat boots. So she at least intends to conquer some fierce mud on her way home from the clinic. 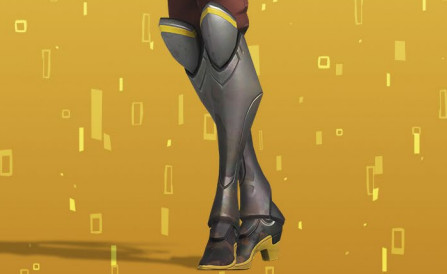 I mean, what do you need these for in a doctor’s office?
Blizzard Entertainment

We can’t confirm if this is an official Overwatch skin or not — although it sure looks like one. If it is, Blizzard hasn’t announced when it’ll enter the game of how players can pick it up for themselves.

It’s always nice to play with Overwatch characters in their civilian clothes, and it looks like Mercy players may get that chance soon.

Ghost Of Tsushima Pre-Order Guide: Special Editions, Release Date, And Pre-Order Bonuses
We and our partners use cookies on this site to improve our service, perform analytics, personalize advertising, measure advertising performance, and remember website preferences.Ok