Pokémon’s newest rival is making me feel like a monster

I haven’t played a Pokémon in-depth since the original Blue; I don’t think I could tell you about a single rival in any game since then. But I had a comfortable rapport with my original rival, in that I hated him and he hated me. He was a terrible, smug child who taunted me at every turn and I eventually relished drop-kicking him with my carefully honed team of Pokémon and taking the glory I rightfully deserved.

Pokémon Sword and Shield has a rival too, but this guy is the opposite of Gary Oak. In fact, I think he’s made me Gary Oak.

Hop is the younger brother of the current Pokémon Champion, Leon. He’s an eager little guy, and his heart is in the right place. In fact, he’s made me his rival. He wants us to travel together, so that we can push each other to be the very best we possibly can be. It’s okay if I win, because he loves to battle, and sees each loss as a lesson.

There’s just one problem: I’m nearly 30-years old and I’ve been playing Pokémon games in one form or another since I was eight. I’m not trying particularly hard to build a powerful team of uber Pokémon; I haven’t even evolved my Sobble because I hate how his secondary and tertiary forms massacred my boy. But I’m still one-shotting everything in sight.

Normally, this is fine. There’s a wide variety of characters in Pokémon, and I don’t really feel bad about curb-stomping most of them. But Hop is so earnest and relatable. He just wants to be the very best, like no one ever was. That’s the central thesis of Pokémon! Hop isn’t perfect, but that almost makes it worse, because I see a younger version of myself in Hop’s insecure pursuit of glory. 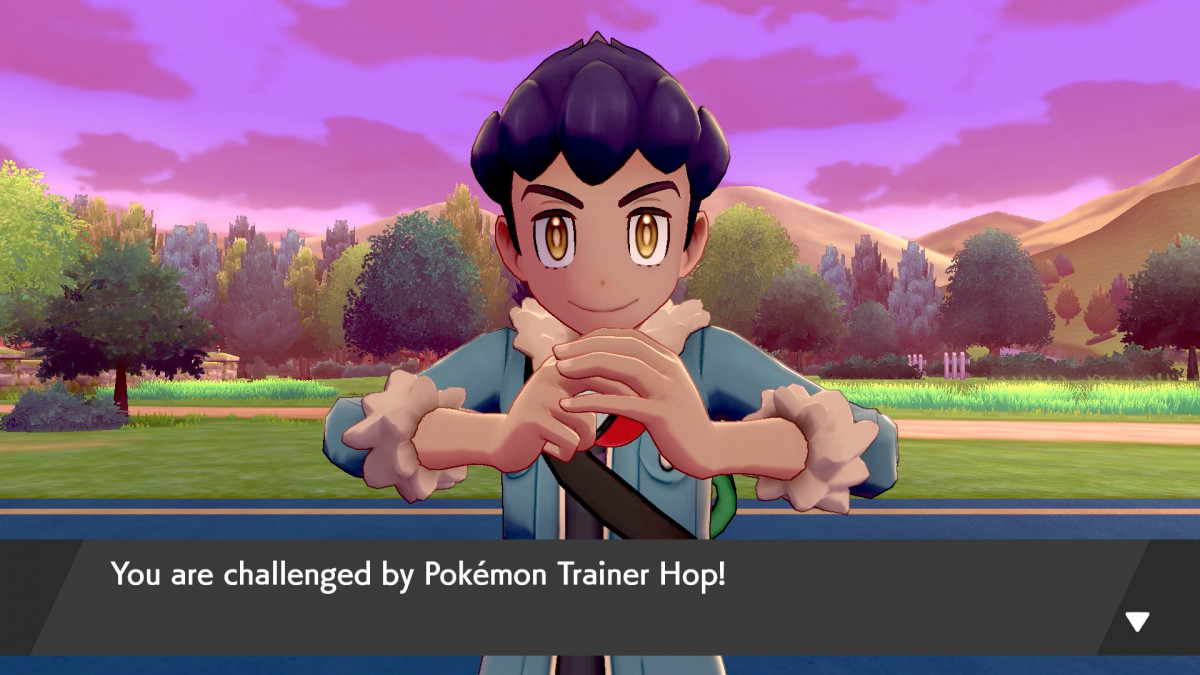 C’mon, man, don’t make me do this.
Game Freak, The Pokémon Company/Nintendo

He follows me everywhere I go, and then I wince, because that means that his team of Pokémon — and Hop’s self-esteem — is about to go directly into the thresher that is my team.

At one point, he actively blocked my path and demanded that I check out how strong his Grookey had gotten. I politely declined. “Haha, Hop, you know, I bet they’re pretty strong, but I have placed to be…” Nope, not good enough. He blocked my path until I crushed him and his Wooloo like insignificant ants.

Every time this happens, Hop plays it off all cool, but I can see the light dying behind his eyes.

I’m not sure what the real world equivalent of this would be, but I’d assume it’d be an artist showing me his work and asking for feedback. Then, I just tear every piece apart. I tell him his anatomy is childish, his characters are terribly depicted, and his shading is painful to the eyes. Would I be the hero in this game? I don’t think so!

I’m still invested in Pokémon Sword; I’m having a perfectly lovely time. The only problem that I can really identify is that I am apparently Hop’s own personal Terminator, there to destroy every spark of pride and joy he ever kindles on his own Pokémon journey.

Perhaps this is just part of growing up. As a child, I railed against the hateful Gary Oak and his powerful Charizard. Now, I’ve remained in the Pokémon game for long enough that I am Gary Oak. I have no choice other than to get into my convertible full of ladies and speed off into the sunset.

FFXIV's Crossover With Final Fantasy 11 Is Out Now
Xbox

Destiny players can finally see The Almighty ship plummeting toward Earth
We and our partners use cookies on this site to improve our service, perform analytics, personalize advertising, measure advertising performance, and remember website preferences.Ok