Trying to Nuzlocke Pokemon Sword and Shield nearly broke me

I was 14 when the first Pokémon game came out, and I fell in love instantly. My Charmander and I conquered the Kanto region with a fury still discussed in hushed tones.

But my passions have waned over the years. The relatively static nature of Pokémon games have left me yearning for something more fresh and challenging as I’ve grown older. I’ve popped into some of the more recent entries, like X and Y or Sun and Moon, but none have been able to grab me in the same way I was consumed in those good old days back in 1998.

So I decided to try something new with Pokémon Sword and Shield: a Nuzlocke Challenge. And it’s the most stressful Pokémon experience of my life.

A quick primer: The Nuzlocke Challenge was invented by Nick Franco, an artist in California who decided he wanted to make Pokémon Ruby a bit more challenging. So he created a few rules:

1. You can only capture the first Pokemon you encounter in each new area.

2. If a Pokemon faints, you will consider it dead and release it.

Devotees of the ruleset have since added a third, generally-accepted rule:

3. All Pokémon caught must have nicknames.

At their core, the Nuzlocke rules force players to form strong bonds with their Pokémon, because having one of a small group of Pokémon faint meant losing them forever. The stakes are all raised, dramatically.

When Polygon co-founder Griffin McElroy explored this model in a video series a few years back, it sounded heinous to me. But having bounced off of the last few Pokémon games, I thought maybe giving it a shot for Sword and Shield would help reinvigorate my Poké passion. 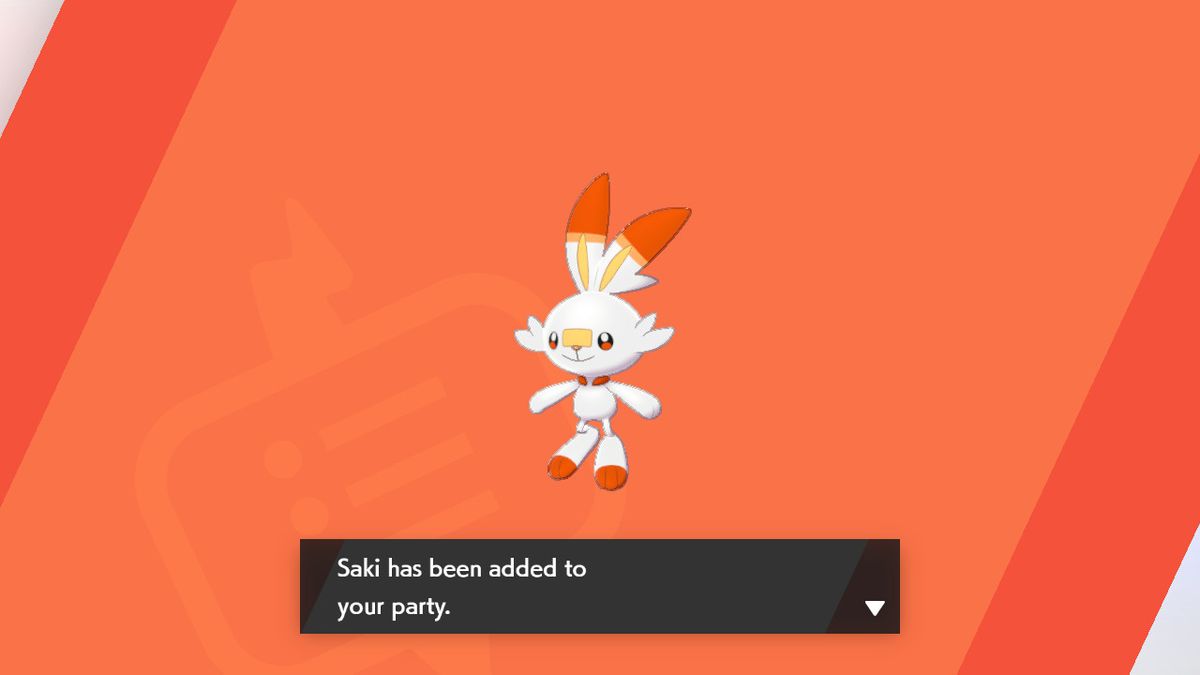 This is Saki the Scorbunny. Saki and I set out on our quest to become the Pokémon Masters of the Galar region, and I immediately realize my first problem with the Nuzlocke rules in Sword and Shield. Specifically rule number 1:

You can only capture the first Pokemon you encounter in each new area.

In practically every Pokémon game, this means wandering into an area with tall grass and capturing the first random Pokémon that pops out at you. But in Sword and Shield, like Pokémon Let’s Go before it, most of the spawns are fully visible in the world, just wandering around.

Do I catch the first one I see? The first one I run into? Since this is a new Pokémon game, I want to focus on just capturing newly-added monsters. Otherwise I’d just end up with a bunch of familiar faces. So I add a subsection to rule 1:

You can only capture the first NEW Pokemon you encounter in each new area.

Given my limited experience with recent Pokémon games, this does mean catching some later-gen monsters I don’t recognize, but the rule set seems to be working as intended. In each new area I carefully wander through the grass until I spot something I didn’t recognize, and sprint right at it. 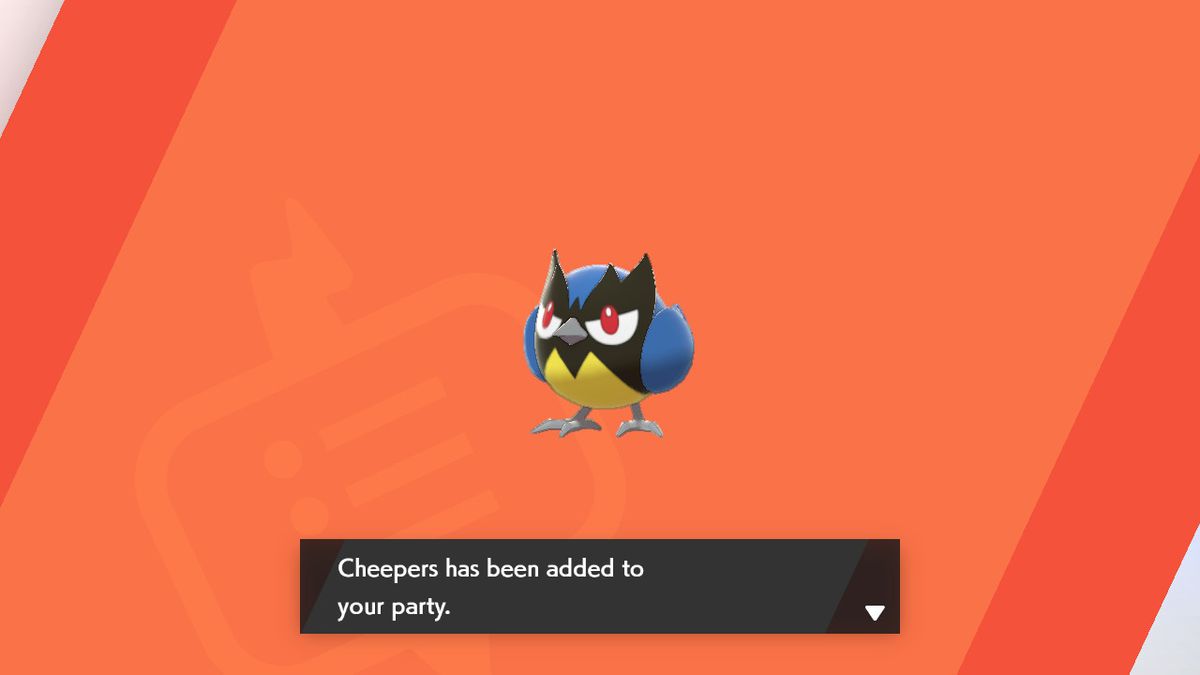 This works well until I enter the Wild Area. This enormous open region is packed with Pokémon, and only catching a single friend from the entire Wild Area seems unfair.

The Wild Area is divided into subsections, so I treat each of these as a new “area” and grant myself a single catch from each. If I accidentally kill the first Pokémon I encounter, I remove that area from the board. 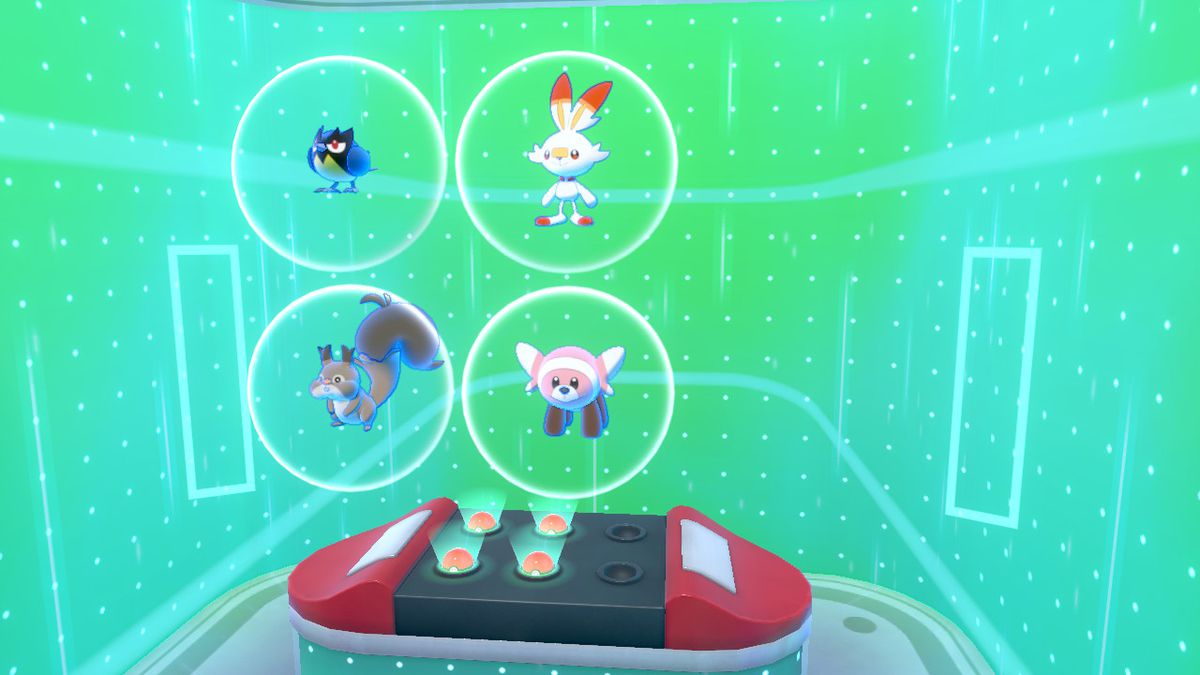 With a party of four solid Pokémon at this point, things seemed to be going great!

I cruise through the first Gym battle with hardly any issues, thanks to Saki’s fire-type dominance against grass-types. But the second Gym battle is against water types, and I don’t have many great options to take them on. Poppet the Eldegoss could only do so much on her own, so I enlist the help of a grass- and ghost-type Pumpkaboo I named PumpkinQueen.

PumpkinQueen is lagging behind the rest of my crew, so I start leveling her up. But this is when calamity strikes.

Grinding is super important in a Nuzlocke run. It’s always safer to battle lower-level Pokémon, because it limits the risk of an accidental death. But you always need to pay attention to what you’re doing, even against weaker opponents. Case in point:

Despite the loss of PumpkinQueen, I’m able to march my way through the second Gym without too much trouble (thanks Eldegoss!). But the death sticks with me, and I begin to play much tighter, knowing full well I could lose anyone at any moment.

I tiptoe my way through the second Galar cave and back into Motostroke City for the third Gym, which would be full of fire-types. My Drednaw snapping turtle, Ilike, takes center stage, mowing through the competition with ease.

My starter nearly dies because of some rule that allowed Linoone to attack twice in a row. Cool.

It’s around this point that I decide that maybe a Nuzlocke run wasn’t for me. Did I really want to risk losing my starter because I hadn’t considered every potential outcome and moveset? Was I even enjoying myself at this point?

But I press on.

After the close call with Saki, I return to a tighter, more careful game. I’m careful to battle against favorite match-ups to minimize as much risk as possible.

Along the way I pick up Pignose the Swinub. An older Pokémon, sure, but one I hadn’t seen in a long time, so I bent my rules slightly to bring the strong ice- and ground-type along for the ride.

Pignose is crushing all comers as I send her straight at any grass- or flying-types to level her up. Another hour of leveling and things are going great. Until I run into this cactus-looking fool.

So yeah, here I am, in a safe situation with 80 percent of my health and a favorable match-up and I’m wiped out by a ridiculous move after leaving a stupid cactus with a sliver of health.

This one broke me. At this point it became clear that there was really no way to ensure true safety without grinding enough to make every future battle trivial. And even then, who knows what this ridiculous game could throw at me.

It’s not for everyone

After the loss of Pignose I’ve decided that this is all foolishness. Thinking back to Nick Franco, I recall that Pokémon Ruby had come out eight years before he attempted his first Nuzlocke run. In that span he had gone through many playthroughs of his old Pokémon games and surely had a pretty good mastery of the mechanics and what to expect. Who am I to think I could compete with that?

I’ll continue my way through Pokémon Sword and Shield. I’m ditching the Nuzlocke rules, but Pignose and PumpkinQueen will remain dead. A testament to my hubris.