Deathgarden: Bloodharvest has the potential to become as popular as its creators’ last project, the horror multiplayer game Dead by Daylight. But first, its studio must solve one big problem: the Hunter’s instant execute mechanic. A new update might have the perfect fix.

Deathgarden pits five quick, fragile Scavengers against one deadly Hunter, who is tasked with preventing the group from escaping the titular arena. After downing a Scavenger, the Hunter can execute them. That removes the Scavenger from the game entirely.

The move is laughably powerful. It can be launched instantly, and the Scavengers have no counter. Should the Hunter insta-execute a Scavenger, the Scavenger has little else to do but watch their friends play the rest of the match. If solo, they can re-queue, but it’s still considered a rude move by many dedicated players.

To discourage this move, and encourage Hunters to impede Scavengers without instant-executing them, the game grants both the Scavenger and the Hunter significantly less experience. But when a move this powerful is on the table, a dip in XP often isn’t enough to dissuade Hunters from downing their rivals.

Instant executed now infuriate Scavenger players, who feel it’s a bad-faith move. So new Hunters will find that upon early executing a Scavenger, the survivors tend to stop attempting to fulfill their victory condition, and instead just hide and play in a way they perceive as equally bad faith. 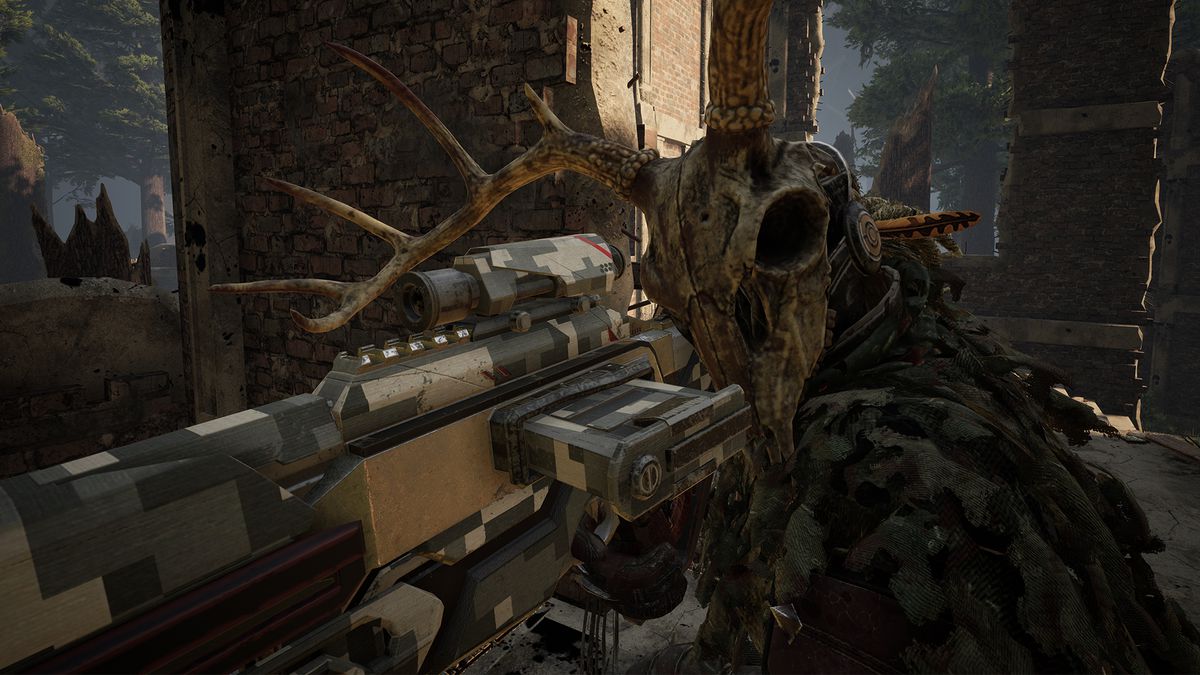 This is obviously not ideal, and has seemingly been a priority for Behaviour to fix.

In a previous update, the studio made it far clearer to Hunters that if they downed a Scavenger and didn’t execute, they would receive a clearer indication that they would earn extra experience. The incentive would in theory motivate them to move on and attack other Scavengers. Experience is a powerful motivator, as players receive in-game currencies based on their total experience, which can be used to upgrade abilities and weapons.

However, this UI change didn’t solve the problem, simply because it’s difficult to explain to a Hunter that they have a win condition (execute all of the Scavengers), and then encourage them to take actions contrary to that win condition, even if it means a greater gain later on. Instant gratification is a powerful incentive for players, and Deathgarden failed to explain the tradeoff properly.

Now, Behaviour is introducing a mercy mechanic. They explain their reasoning in a tweet, saying that having to down Scavengers twice before executing them is a “feature that resonates with your community feedback.”

The rest of the game’s numbers, like the amount of resources the Scavengers have to collect to open the escape exits early, will be shifted around the mercy mechanic to try to keep an equal balance between the two sides of the map. Hunters are currently perceived as very powerful, and Scavengers as needing some buffs. The mercy mechanic, along with additional changes, may address that dynamic.

Deathgarden is also set to add a new Scavenger, Darius “Dash” Shaw, who uses a power that grants bonus speed to his additional Scavengers. This new character could further change the metagame, thanks to synergy with characters like Fog’s innate speed boost and Sawbones’ ranged heal and resurrect.

Behaviour has not announced a release date for this new patch, but they have stated they will be doing an insider stream where the developers can explain more information on these changes and what to expect.