Eve Online, the famously complex spacefaring MMO, is buckling under the weight of its own set-piece battles. The only way forward, CCP Games CEO Hilmar Pétursson told Polygon, is to replace the infrastructure that underlies the entire game. Step one comes in the form of an ambitious tech demo featuring a massive 10,000-player deathmatch. Whether a success or a failure, the demo, which launches on Wednesday at 10:30 a.m. PST, will ultimately influence the future of CCP’s flagship title.

First launched in 2003, Eve has remained unique among MMOs for a number of reasons. One of them is the fact that the entire world, excluding China, plays together in the same shared universe. That means it’s possible for thousands of players to show up in the same place at the same time, a situation that leads to many of the game’s most exciting and newsworthy events.

In Jan. 2018, more than 6,000 players showed up to an engagement billed as Eve’s first “million dollar battle.” Instead, the climax of the siege at 9-4R was a bust. The game didn’t crash, but once the opening salvos were launched it stopped functioning correctly. Fleet commanders told me that weeks of carefully prepared battle plans essentially went out the window. CCP admitted to its failure in a prepared statement, and re-committed itself to improving performance in the future. 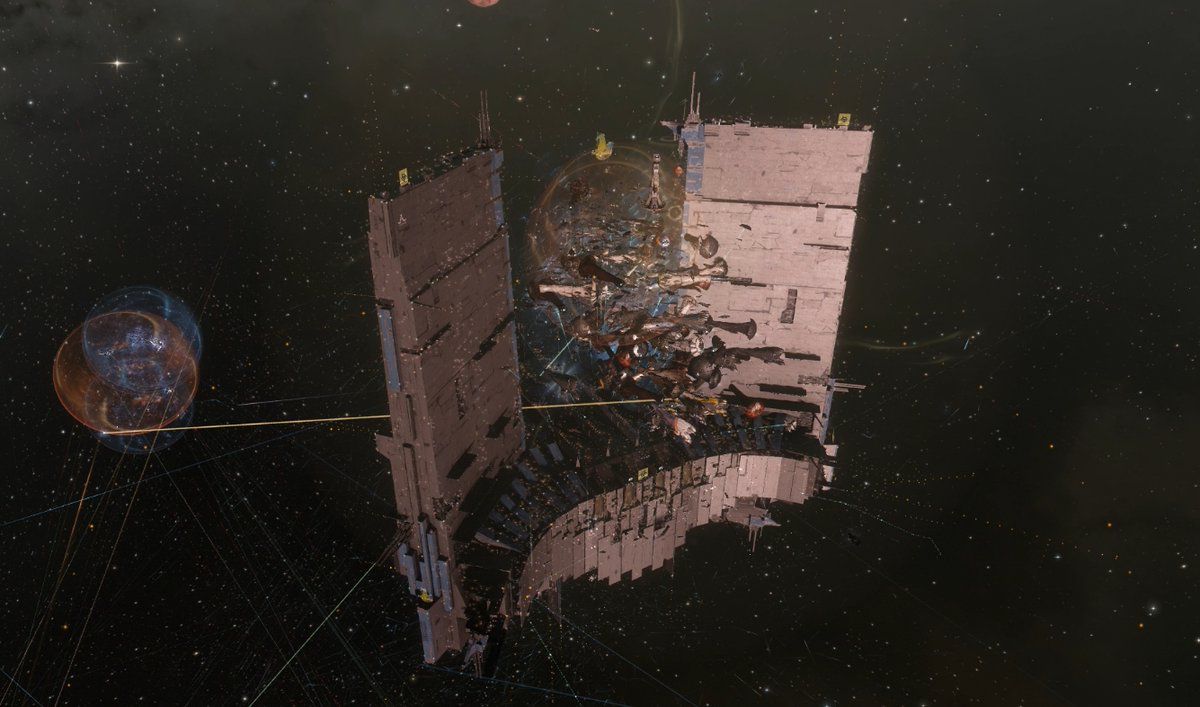 Pétursson says that part of the problem is the fact that the infrastructure behind Eve is now roughly 20 years old. Originally, CCP never expected 6,000 players to show up for a single battle. But, if that’s what the community wants, then CCP needs to adapt as fast as possible.

“This test is exactly in reaction to that battle,” Pétursson said, “because a 6,000-person, all-out fleet fight is pushing the limits of what can be done. Period. And it’s certainly pushing the limits of the technology base we put together. [Our team has] done an awesome job of maintaining it and modernizing it and keeping up, but 6,000 Eve players are outpacing us.”

So CCP is partnering with a new technology company called Hadean, makers of the Aether Engine. Hilmar describes it as a distributed physics engine, one specially designed to push through a particular computational bottleneck that has plagued CCP for years. Pétursson says that it will allow Eve’s elaborate simulations to spread across many more processor cores, and across many more physical processors, than ever before.

To test the Aether Engine, CCP invited the public to participate in an ambitious online tech demo. Using assets from Eve Online as well as Eve: Valkyrie, CCP’s first-person spaceflight simulation, 10,000 players will take part in an elaborate battle royale. Each player will control a small starfighter from the third-person perspective in real time.

Behind the scenes, CCP will watch as the servers melt.

“It’s probably gonna epically crash and burn,” Pétursson said. “Maybe even put a hole in the earth when the servers flare up. But that’s the point of it, because in order to pull off the impossible, you have to fail a few times.”

What his team learns from the experiment could mean a new, more stable future for players in Eve’s universe.

Is Eve Online buckling under the weight of its massive set-piece battles? (update)

“We have some sort of good, solid, intermediate steps we could take this year and into next year,” Pétursson says. “But, the experiment we’re running with Hadean is like taking a huge leap into the future where a 10,000-person feet fight would be an everyday occurrence, without us having to mobilize and reinforce servers and do all these things which we do today, which are then even barely holding against the might of Eve players to organize themselves into these large engagements.”

Pétursson stressed that the goal of the test is not to create the framework for Eve Online 2; instead, his intention is to upgrade the original Eve Online in place. That means moving an entire galaxy — one filled with hundreds of thousands of paying customers — entirely onto new hardware and software. This week’s test will give CCP valuable feedback on how it can accomplish the migration.

Pétursson used the analogy of upgrading a modern city to meet the demands of the 21st century. You can’t simply have thousands of citizens wake up in new beds one morning.

“If you’re doing a big city renovation project,” Pétursson says, “just like when London was building their Olympic Stadium here in the east part of London, then you have to first start by modernizing a part of the city. You cannot modernize the whole city in one go.”

He says that, in the coming years, CCP could move players over to discrete new regions of space as they come online. Or they could do something more extraordinary, like opening up a wormhole and inviting the entire player base to pass through into a completely different galaxy.

Either way, CCP must start by building a single neighborhood where 10,000 players can live and fight comfortably.

“You cannot just flip a switch and all is new,” Pétursson says. “That would never work.”