My exhausting journey to play Red Dead Redemption 2 on PC

Rockstar Games patched the Windows PC version of Red Dead Redemption 2 again on Tuesday, the second major title update for the port. It feels like it’s been an odyssey since the PC version launched on Nov. 5 for me to get to this point, where I’m finally able to play — for the most part — at 60 frames per second.

As I laid out in my initial impressions piece, I was one of many players with certain Intel CPUs who were experiencing serious stuttering issues at launch. Rockstar worked with Nvidia to address those issues for the Nov. 19 patch, which also took aim at a number of other problems. I’ve now spent a few more hours with the game following this week’s update. I’m happy to say that the patch eventually got rid of the stuttering completely, although other players continue to report issues such as crashes, texture pop-in, and a permanently visible mouse cursor.

Rockstar said in a Nov. 13 blog post that it believed that the severe stuttering resulted from “unforeseen issues related to specific combinations of Nvidia graphics drivers, Nvidia GPU cards and certain CPU’s.” Red Dead Redemption 2 players on Reddit realized soon after launch that the problem seemed to arise for owners of PCs with quad-core Intel Core i5 processors. My gaming rig contains a Core i5-7500, 16 GB of RAM, and a GeForce RTX 2060 Super — all of which comfortably exceed the game’s minimum hardware specifications.

At the time, Rockstar said it was issuing a patch to address the stuttering issue, although it acknowledged that the update might not immediately fix everything. “It may take us up to a few days to properly test everything and ensure the next update completely solves the problem,” the company said. The Nov. 14 patch added support for a workaround in which Rockstar instructed players experiencing stuttering to boot the game with a command-line argument in the Rockstar Games Launcher settings, -cpuLoadRebalancing. 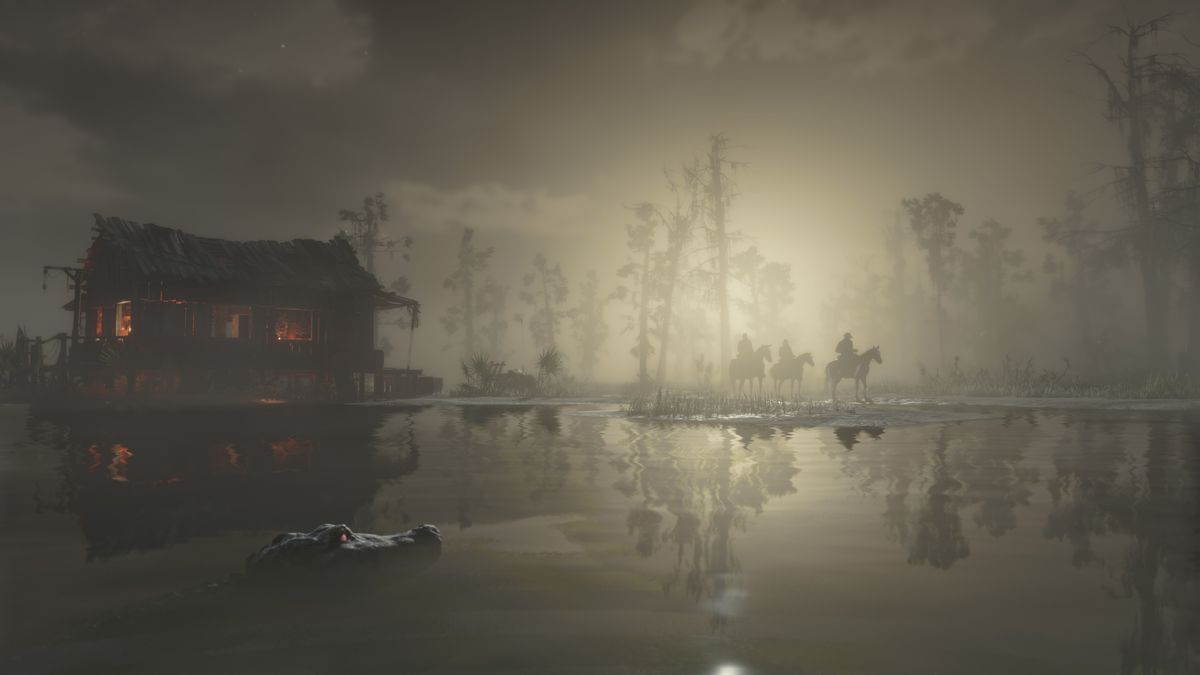 That may have been a stopgap solution that artificially redistributed the game’s processing workload among CPU cores, but hey, it worked for me! After I installed the patch and added the launch argument, I was able to play at 60 fps with most settings on high, at my 24-inch monitor’s native resolution of 1920×1200. I was still getting occasional dips in the frame rate, but they seemed tied to busy action or environments, which are the situations in which you’d expect to lose some frames from time to time.

Rockstar’s next update arrived on Tuesday, alongside a driver hotfix from Nvidia, version 441.34. This time around, Rockstar sounded more certain in its diagnosis, saying that it had “identified an issue with certain NVIDIA graphics card drivers that cause significant stalls of several seconds on systems with 4-core and 6-core CPUs.”

I installed both Rockstar’s patch and Nvidia’s hotfix on Tuesday, and removed the launch argument, as Rockstar suggested. Initially, I was still seeing hitches in gameplay, albeit minor ones, with the action freezing for a split second at a consistent interval. The stuttering didn’t appear to be related to anything happening on the screen; it wasn’t like the frame rate was dropping when there was a huge gunfight, or a complicated urban environment like Saint Denis to render. Instead, regardless of what was happening in the game, the hitches arrived like clockwork — approximately every 10 seconds, as you can see in the footage I captured below.

Players experiencing the lengthy stuttering at launch reported that their CPU usage spiked to 100% during, or after, the freezes. So I checked my PC’s resource monitor for the minor stuttering as well — no dice. There was nothing unusual that I could see in the CPU usage graphs for my processor’s four cores. That’s when I really began tinkering with stuff in a frantic effort to fix things. I wanted to play, dammit.

First, I tried shutting down any other open apps (Chrome was the only one I had running). Then I tried lowering random settings — random because, unfortunately, the PC version of Red Dead Redemption 2 doesn’t give an indication of which options depend more on CPU power versus GPU power. By the way, the Nov. 19 update reset the graphics settings for me, so let’s just say I had already spent a bunch of time tweaking items in that menu this week. (Note also that some of the settings — the game doesn’t tell you which ones — require restarting the software for changes to take effect.)

I eventually threw my hands up and tried pushing the performance/quality slider, which turns all the knobs for you, all the way to the performance (low) end. That finally made the hitches disappear, but what’s the point of playing the PC version on low settings? At that point, I began cautiously turning up some of the options to try to figure out where the bottleneck was. For instance, I was able to claw back more than 10 fps by disabling tree tessellation. And somehow, when I turned most of the settings back up to high, I was still able to get 60 fps gameplay with no hitching!

I’m glad that the patches have finally addressed the issues I was having. But while experienced PC gamers might say that this level of tweaking to improve performance is par for the course, I’m feeling pretty beaten down by the amount of effort I’ve had to expend for the PC port of Red Dead Redemption 2.

At this point, it feels like I’ve spent half as much time in the graphics menu (or waiting for the app to restart) as I have playing the game itself. And that doesn’t account for all the people who are still unable to launch the game, or who are dealing with other problems that Rockstar hasn’t been able to fix yet.

Sure, the game hasn’t even been out for three weeks on PC. And by now, the majority of customers are likely playing with little to no trouble. But if you waited more than a year to play Red Dead Redemption 2, and you’re still waiting because of the issues with the PC version, it’s a frustrating situation that’s only beginning to get better.