Rainbow Six Siege is the story of how one developer’s commitment managed to turn a rough launch into a popular, growing title. While Siege has conquered a share of the shooter market, and continues to enjoy player growth, Ubisoft is tackling another angle for the team-based title. Now, Siege is becoming a common game for esports organizations to invest in.

In a world where the Overwatch League’s multimillion-dollar franchise spots are making headlines, along with stunning prize pools for Fortnite and Dota 2’s Invitational, Siege is taking a slower, steadier approach. Polygon spoke with Che Chou, Ubisoft’s senior director of esports, about how Ubisoft is building its own esports scene in 2019 and what that development means for players.

Polygon: Rainbow Six is a game that had a slow launch, regained momentum, and now is becoming a solid esports scene with room for growth. How did that evolution happen?

Chou: One of the remarkable things I’ve learned about Rainbow Six coming in is that, to the credit of the Montreal dev team, they took one of Ubisoft’s biggest franchises, which was traditionally very story-based with a narrative, and they went out on a limb with a vision to create this core loop experience that was essentially a sport, right? That was three and a half, four years ago. And at the time, I think it was a vanguard for the team because they took a well-known IP and went a totally different direction with it.

Over the last three years, that’s become an actual esport. In 2018, it was the first time that Rainbow cracked the top 10 list of most watched esports in the world. That’s through the power of community, through the support in all of the operators we’ve been releasing, and thanks to all of that Rainbow Six has now arrived as a sport. It’s starting to get recognized as a legitimate sport, and we’ve seen a lot of interest from professional organizations and teams. 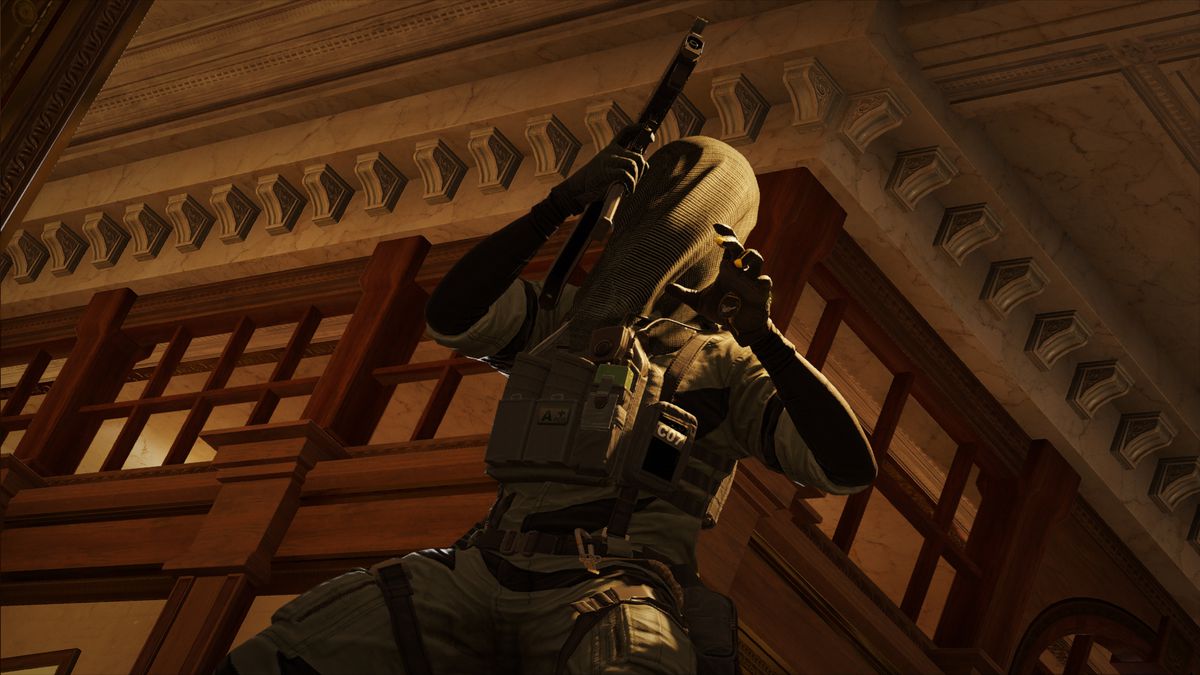 Organizations that I’ve spoken to in the past months have specifically mentioned Rainbow Six as a title to invest into, partly because the scene right now is quite modest without the systems like buy-ins and franchising of the Overwatch League or League of Legends’ LCS. Why did you choose these smaller circuits?

One of the things you learn as as you stumble your way through the industry like I have is that there’s really no one-size-fits-all formula for esports. It really depends on what the game is, the community it has, and what it’s capable of. For us, the way we’ve been handling Rainbow Six is developing grassroots. The heart of what supports us comes from the community; esports is nothing if not community itself. So we want to make sure we have strong foundations for our players in competitive communities, and that we’re supporting them throughout this.

So for us, having an open challenge circuit, having something like the U.S. Nationals with open play dates, but also having the approach that can create storylines and entertainment … that’s the right approach for Rainbow. When we look at approaches like franchising, I think the jury’s still out on the various models. What we’ve decided to do was a more traditional way of promotion and relegation to make sure that the pro teams are still in there, but we allow challenger teams to work hard and fight their way into the system. New blood cycling into the system is vital for it. It’s vital to keep the grassroots going and players aspiring to reach the next level.

Following up on that, we’ve seen players deal with the spotlight and grind in some leagues. There have been players dealing with everything from social media snafus to mental health issues to burnout. What is Ubisoft’s approach to these challenges?

It’s a pretty broad spectrum of issues and topics. Burnout is one of them, toxicity is another, there are a bunch of player governance priorities that we have. If you look at the high level, there’s a couple of ways to think about it.

One is that as publishers of the game, we want to make sure that we’re working and partnering closely with professional organizations to make sure they understand what guidance is and what the standards are for sportsmanship and behavior. They’re the ones that are leveraging their contracts and relationships with players to keep them positive and good brand ambassadors.

But at the end of the day, player welfare is super important to us. I mean, never mind the fact that they’re our professional players, we care about player welfare across the community, esports or not. I think there are ways that our customer management organization is working on it, dealing with things like toxicity and community management.

But when it comes to player welfare on the esports side, that’s something we’re going to look to the professional organizations that we work with to make sure they do provide player benefits and they do care about those issues. It’s a priority to us. We’re also looking at different ways to handle player governance at a high level. Nothing to announce right now, but we’re looking at different models from games that handled this, everything from CS:GO to Dota. 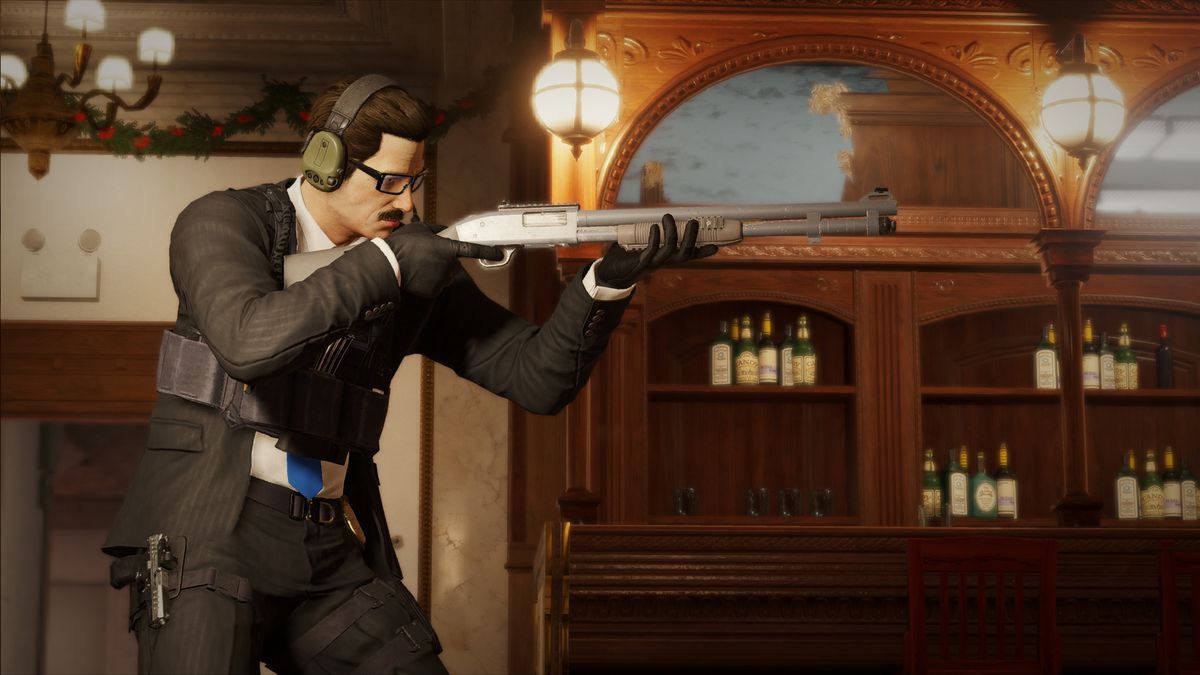 This is something the players would have to organize, obviously, but if they did organize, would Ubisoft support a player union?

If players want to unite and self-organize, that’s entirely up to them. That’s not something that Ubisoft would get in the middle of. I think for me, what’s important is an entity that we can work with organizations on, so we can work together like player welfare, toxicity, governance, opportunities such as collective sponsorships, cosmetics items and profit sharings, things like that. I think a lot of good can come from an entity that is focused and dedicated on Rainbow Six, and working directly with teams and employers. Right now, that’s in the realm of the brainstorming and we’re looking at different ways to handle it.

Shifting gears, we’ve mentioned the community a lot. Rainbow Six has been growing and we’ve also seen a creative relaunch too with the recent cinematic. What is the direction that Ubisoft is going with building the community? What sort of players are you looking to attract with these recent changes?

I won’t go into detail on the creative direction of our productive team, but I can say over the last couple of years Rainbow has gone from a more serious tone to something almost like fantasy. The Operators that have been introduced have more flair and character, they’re much more fictional than they’ve ever been. I liken it to G.I. Joe, it’s this very colorful and interesting rainbow [laughs] coalition of soldiers that are training together.

The evolution of the game has led to a friendly approach, and I think it’s great. It makes it more accessible. And the diversity and aesthetics that have been introduced speak to a larger appeal, and that wider diversity has been reflected in the community itself.

When I go out to Rainbow events, it’s awesome to see we have a huge community of women cosplayers that are in the Rainbow community. I think we have women players who are very passionate about the game, and I think this shift in tone and style has been at the center of expanding the accessibility of this game. 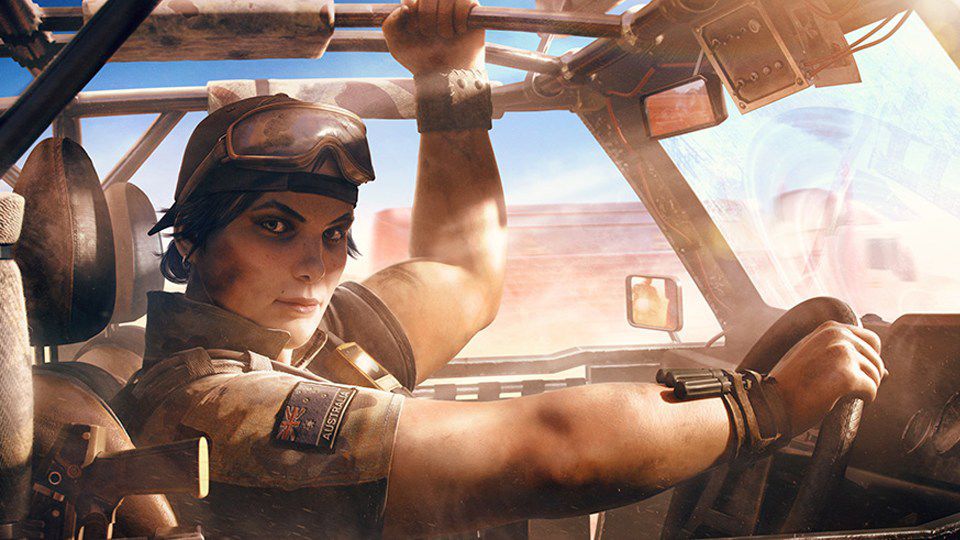 What role does the esports scene play in Rainbow Six’s development? Are you looking at balance changes and development through the lens of a pro player, or more of a wider and accessible audience first?

It’s tough to strike that balance through the entire game. One of the philosophies that I’ve always had in managing esports and partnering with teams is the philosophy that the game you see being played at the highest level is the same game you play at home. That’s important; it isn’t always the case, but for the games I’ve been involved in and for Rainbow, it’s an important distinction. At the end of the day our ultimate goal isn’t for an esports community and a casual Rainbow Six community. We want all Rainbow Six players to play together and be aware of each other.

One of the best ways to do that is to make sure that no matter what skill tier, what level of Rainbow Six you’re playing, you feel like there’s a safe place you feel comfortable playing in and feel gradual success. That’s something the dev team is very focused on. That’s something that I think they’ve done a really good job of. It doesn’t matter what skill level you are; it’s a PvP game. You come in, you play at your skill level, and you feel like you’re getting better at the game. So you talk about balance, and yeah, the pro players have a voice. But the designers look at data across the entire game and balance with everyone in mind, because everyone’s playing the same game.

So this isn’t a parallel thing where the game development and esports teams run alongside each other. The goal is to have an integration, hopefully — would you say that’s fair?

Yeah. Because of the vision of the dev team and where Rainbow Six came from, it was very much about creating that PvP core loop. The esports core loop has been a driving factor behind the sustained DLC and balancing that’s been done at the game. At the end of the day, esports is a lot of why Rainbow Six is still successful. I think that the team will continue to invest in it and make it a priority.

But at the same time, you look at the millions and millions of players who play Rainbow, and the people who participate in esports, they’re a tiny minority. But the aspiration of esports and the core loop of competition and improvement and one upping each other, that’s the core energy and driving factor between the game and how it’s been treated as a service. 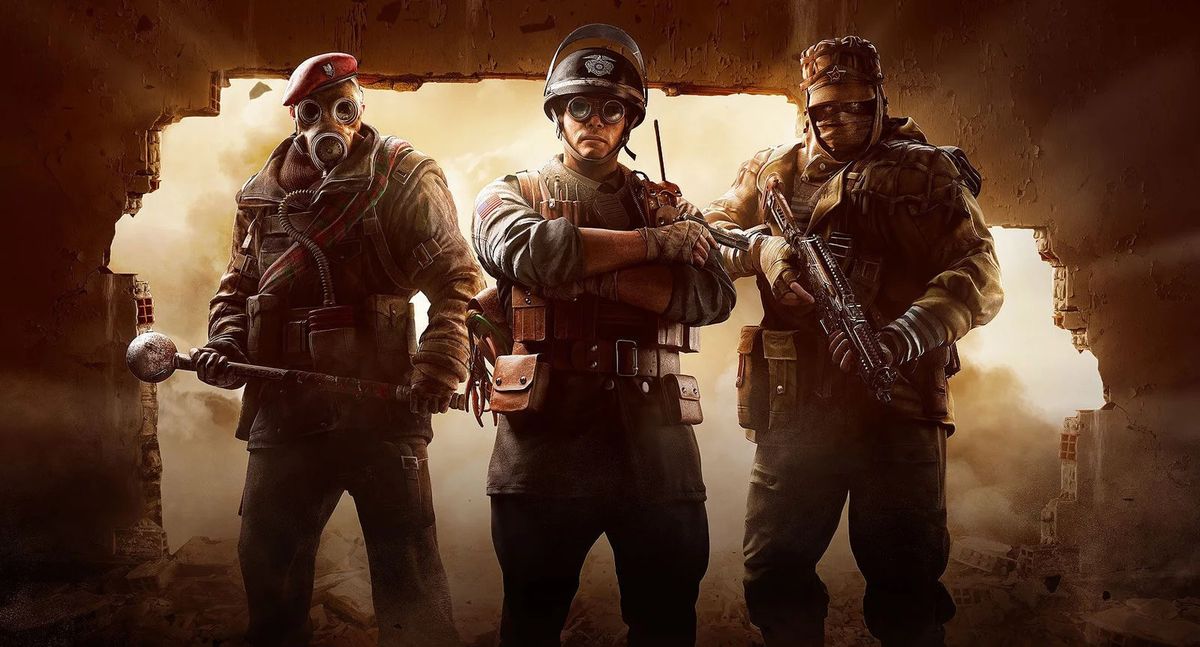 The shooter market has gotten a lot more diverse — you have games like Fortnite, Overwatch, etc. pulling in new audiences. Has the success of the shooter genre had an effect on Rainbow Six and the esports scene?

The success of some of those games that you’ve mentioned is interesting, and I think what it says to me about Rainbow is that there’s a market for a tense, hardcore tactical game like Rainbow Six. So the shooter market demographic is expanding and there’s more oxygen in the room. You have hardcore shooters, tactical games like Rainbow or CS:GO, traditional hardcore shooters, and then casual games and battle royales are growing … No one game is cannibalizing the market. It’s a bit of a rising tide lifting all ships kind of phenomenon.

Rainbow Six does fill a tactical niche, and the first-person view and straightforward objectives are clear. As the game grows more complex, with more operators and abilities, have the team run into issues with viewability? Is the action ever too chaotic for viewers?

That’s something we’re always thinking about. Right now there’s 46 operators, and there’s a lot of meta there, right? That’s a lot to learn. Who does what and who gets used in which situation and map. So there’s a lot of strategy involved in that and it’s on us to make sure that our viewers, that when we bring them along for the ride, make sure that the on-ramp isn’t too steep.